Major performance enhancements can be achieved by adding a turbo charger or super charger to an engine. In this blog, we explain the technology while looking at the advantages and disadvantages of each.

In order to understand turbo chargers and super chargers, one must first realize that an engine operates on the ability to pass air through itself while igniting fuel. This process normally involves drawing air into the engine due to an expanding cylinder size as a piston moves downwards. The exception is the Mazda rotary engine which expands the chamber by a rotating process of an offset cam lobe type of geometry. This discussion will focus on piston based turbo/superchargers. In either case, the expanding size causes a suction that draws in air. Fuel is mixed into the air via a carburetor or by fuel injection. Turbo chargers and super chargers are devices that pump additional air into the chamber by forcing the air into the engine in addition to the vacuum that sucks in air. By forcing air, better engine efficiency is achieved. 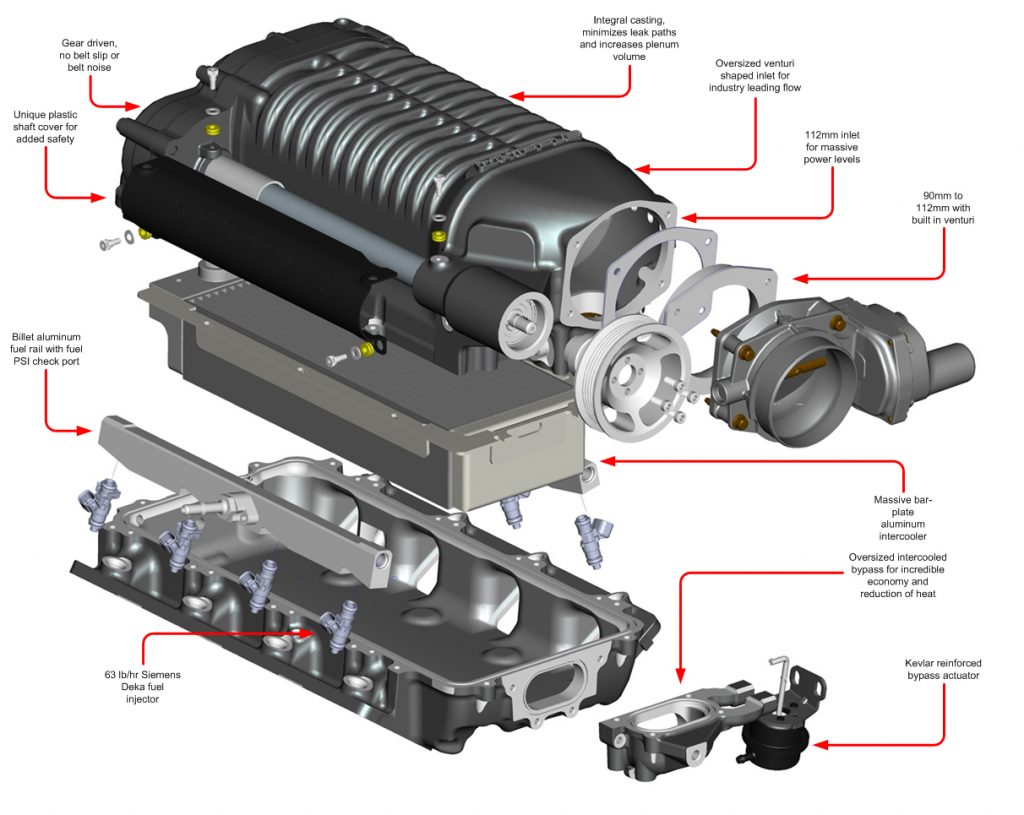 The addition of Turbo Chargers and Super Chargers somewhat makes up for engine displacement. Engines with fewer cylinders and lower displacement can realize improved performance at levels of those with more size. Realize that energy is always conserved so fuel efficiency is not retained when adding a super charger or turbo charger to a smaller engine however it is improved somewhat over the larger engine.
Forcing air with a super charger or turbo charger is not always better for an engine. The added pressure puts additional stress on the piston, connecting rods, crankshaft, and valves. In addition, heat increases when using a super charger or turbo charger as compressing more air causes more friction and a subsequent rise in temperature. This temperature rise is actually the method the “fires” a diesel engine by having the heat cause ignition rather than a spark. Due to the additional stress added from this modification, one does not simply bolt on a turbo charger or super charger and drive off. There is a need to prepare the engine for the added stress in advance. 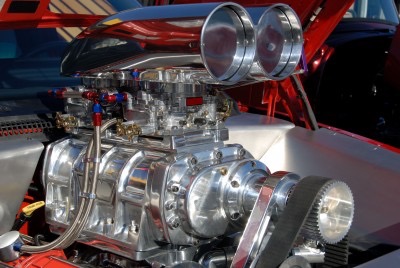 Both turbo chargers and super chargers compress air by using the engine’s rotation in order to drive a fan and force air flow. Turbo chargers use the flow of the exhaust gases to power the turbine that compresses air. Super chargers are connected to the spinning crankshaft via a belt that spins the turbine. Either of these methods requires the engine to spin faster in order to compress air. There is a time delay in the process that is commonly referred to as “turbo lag” while the engine increases speed.
Turbo lag has been a long standing issue in turbo powered vehicles. Technology has come a long way in solving turbo lag. One solution is to use twin turbos that compensate for each other as well as requiring less force per turbine thus allowing pressure to build up faster. Another method would be to “store” pressure such as compressed exhaust gas. Other storage methods would be via a compressed air chamber, hydraulic chamber, or as electricity. If used in conjunction with regenerative braking the energy could slow the vehicle while being recapturing it and improving efficiency. One method that is used is the anti surge or “blow off” valve. Technology has reduced turbo lag down to 1-2 seconds in modern automobiles.

The addition of a spinning turbo creates complexity as well as potential problems. This causes different situations for both turbo chargers and super chargers.
Because turbo chargers are driven by the engine’s exhaust, they are adjacent to the subsequent heat which ranges from 650 to 1200 degrees Centigrade (oC). A turbo charger uses two fans, one that is driven by the exhaust which is coupled to one that forces air into the engine. The fact that these two fans are next to each other while sharing the same shaft results in heat being transferred throughout the entire turbo charger. This can result in problems due to heated air, elevated temperatures in the lubrication oil, and overall cooling of the device. Also, a “waste gate” is required for the exhaust gases to return to the vehicle’s exhaust system. As with any engine, the catalytic converter causes a restriction in exhaust flow that must be considered on smaller vehicles. Some larger vehicles are exempt from catalytic converters (based on local laws).

Cooler air is better for an engine’s air/fuel mixture and overall efficiency. This is the reason for the popular “cold air” intake kits. Turbo chargers elevate the air temperature. This can decrease performance and reduce engine life. Therefore, turbo chargers must be designed in a manner that has the least amount of effect on engine performance. Early turbo’s baked the oil due to the termination of flowing lubrication when the engine was shut down. This often required the driver to idle the engine for a certain period until the turbo cooled in order to avoid heating the oil to a point where it changed to a burnt state. Newer technology automatically circulates the lubricant even after the engine has ceased spinning. This technology has lengthened the requirement for changing the oil in a turbo based engine which typically has shorter cycles than a non turbo charged counterpart.
Super chargers require a belt and a pulley to spin the turbine fan. This requires additional complexity and maintenance. For aftermarket applications, there may not be enough room for the turbo’s belt which is typically wider than a standard drive belt. In addition, the belt requires maintenance as it will degrade with time. 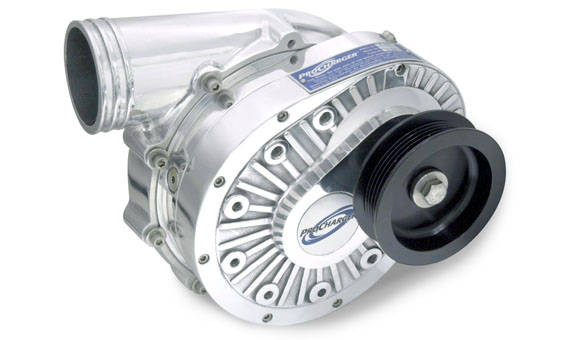 Super chargers, like fuel injectors, can address individual cylinders or the entire engine via one air channel. The more air flow, the more power is required to force the fans that compress the air. Regardless of the added complexity, maintenance, and potential issues, turbo chargers and super chargers are viable additions for increasing overall engine power and efficiency. A turbo charged car is more valuable. Turbo charged cars are becoming available from more and more manufacturers as turbo chargers make their way from the race track into production. Super chargers are also being offered by many manufacturers. These beneficial options are designed for overall optimization of the engine’s performance. By understanding the benefits and differences of the two technologies, one can make a choice that leads to a better driving experience.