In short words, it is explained that shock absorbers are hydraulic (oil) pump-like devices that help control the impact and rebound movement of your vehicle’s springs and suspension. Along with smoothening out bumps and vibrations, the key role of the shock absorber is to ensure that the vehicle’s tires remain in contact with the road surface at all times, which ensures the safest control and braking response from your car. 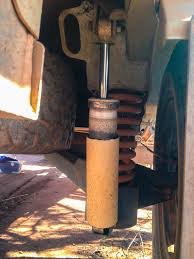 ■What do shock absorbers do?

It is widely unknown mistake that despite popular belief, shock absorbers do not support the weight of a vehicle. What supports car are tires and chassis to our surprise!

Firstly, a little bit of science. Shock absorbers work by taking the kinetic energy (movement) of your suspension and converting it to thermal energy (heat) that is then dissipated into the atmosphere through the mechanism of heat exchange.

But it’s nowhere near as complicated as it may sound.

As mentioned, shock absorbers are basically oil pumps. A piston is attached to the end of a piston rod and works against hydraulic fluid in the pressure tube. As the suspension travels up and down, the hydraulic fluid is forced through orifices (tiny holes) inside the piston. Because the orifices only allow a small amount of fluid through the piston, the piston is slowed which in turn slows down spring and suspension movement.

Shock absorbers automatically adjust to road conditions because the faster the suspension moves, the more resistance they provide.

Most vehicular shock absorbers are either twin-tube or mono-tube types with some variations on these themes.

The mono tube damper consists of single tube with two valves. It is mostly oil filled and used in larger vehicles.
When the damper compresses when of the valve gets opened and when it extends the other valve gets open and the first one closes. The amount of the fluid released depends on the speed of the bumps it gets while moving.
If it receives low speed small bumps the larger vents get opened and there is large amount of fluid is released. On the other hand if gets high speed strong bumps the smaller vent gets opened and a small amount of oil is released. 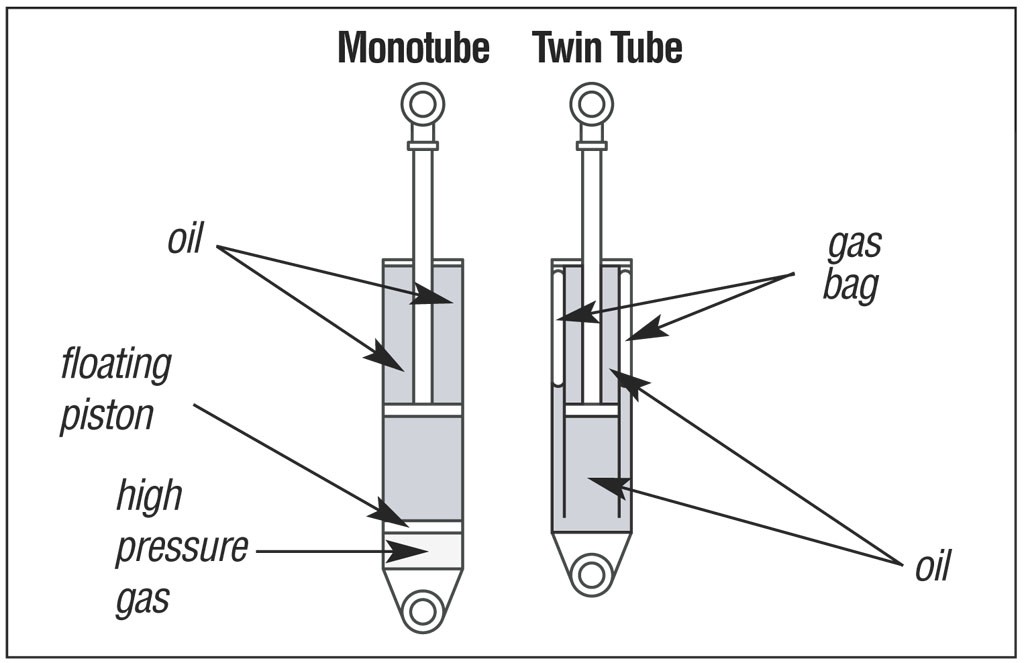 The twin tube shock absorber consists of two tubes and valves. One of the two valves has a piston rod and is fitted to the outer tube while the second valve is fitted into the inner tube. The inner tube is smaller in diameter and handles the bump control of the vehicle and the outer tube which has the piston fitted valve handles the rebound control. When the twin tube damper gets a shock through bumps the fluid inside tubes is forced towards the outer reservoir. The presence of two valves and tubes makes it an effective shock absorber but the only problem with this shock absorber is that it can only work when there is a limited space to work in.

There are other types of shock absorbers besides the above two but in most cases regular vehicles are equipped with the mono or twin tube strut types. The reasons why they are used for most of vehicles are; easy maintenance, cost effective, duration of originally-designed performance longevity. There surely exist another electronically or hydraulically controlled shock absorbers but it is not common enough to refer to the details at this point. The recommended change cycle of shock absorbers is 50,000km each but the details are explained more in detail later.