Accept
TOP  >  Auto Parts  >  Engine Belts 101: What Are They and When Should They Be Replaced? 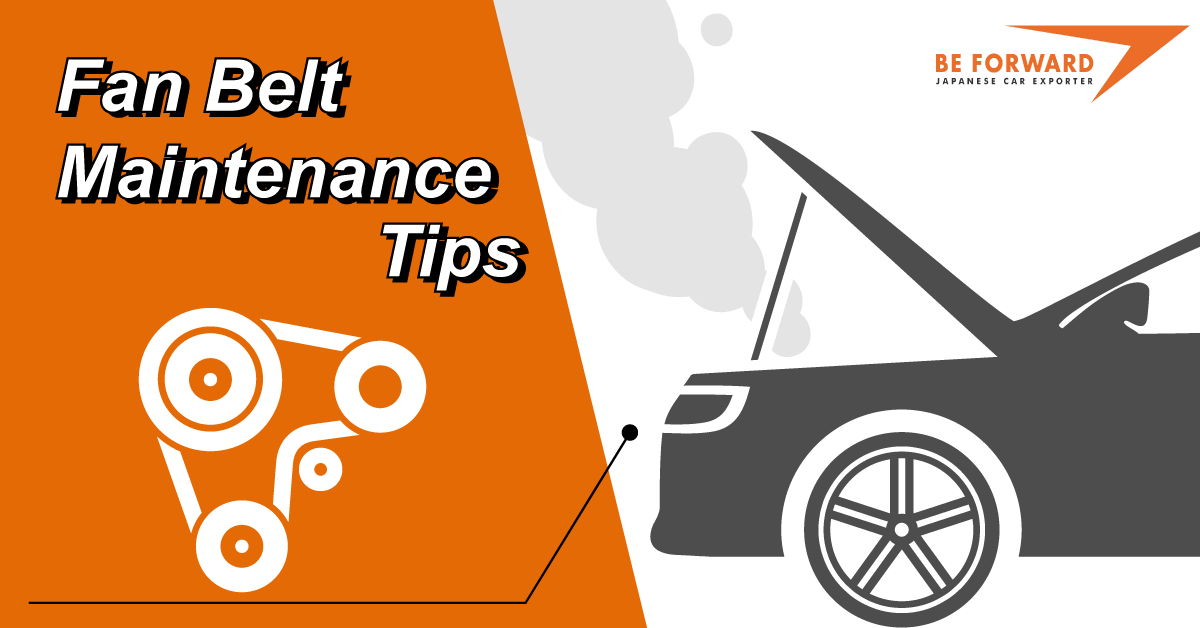 The motor industry has come a long way since cars were first put on the market. Early cars were equipped with several engine belts made from leather, which often snapped due to the heat of the engine. Eventually, they were replaced with only two rubber belts: the fan belt and the alternator belt—revolutionising engine maintenance.

This system, like the one found in the Toyota MR2, began disappearing in the 1980s, giving way to the single multi-purpose (serpentine) belt that modern cars like the Hummer H3 are equipped with. Do you know the belts in your car? Read on to learn how to identify the engine belts in your car, listen for distress signals, and how to replace them when the time comes.

What are the Different Engine Belts in a Car?

The fan belt, alternator belt, and serpentine belt are the pulley systems that keep your engine systems, and therefore your car, running smoothly. If you’re on the road when one breaks, you could be stranded. That would be a pain in the neck, dangerous—and completely avoidable. Let’s start by talking about where these belts are and what they do. 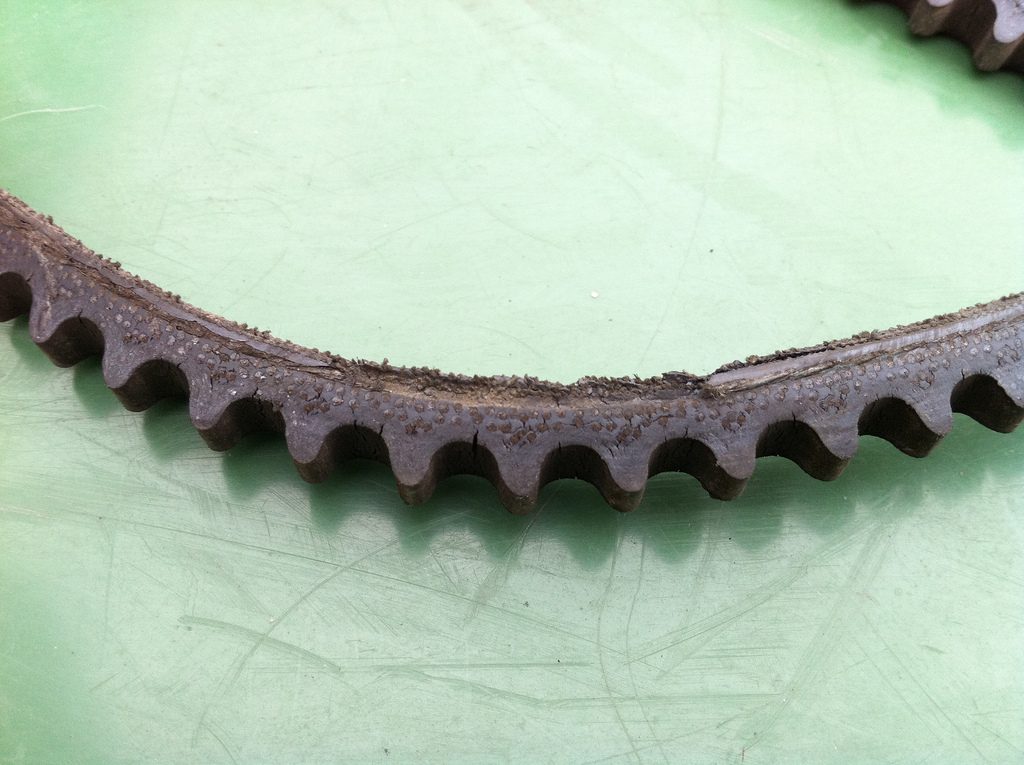 Above: The old fan belt of a used Mitsubishi Pajero

The fan belt cools the radiator and coolant, while helping to circulate the coolant throughout the engine. It’s a variation of the V-belt (named for the Vs grooved into that give it traction on the pulley). It connects the water pump, radiator fan, air conditioning unit, and crosses the crank pulley. 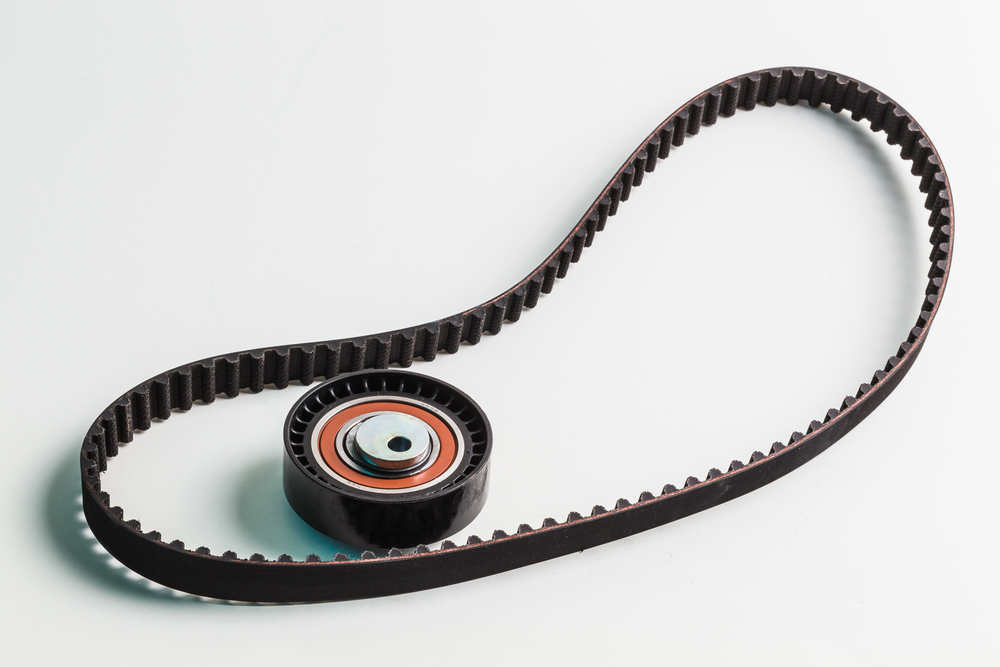 Above: An example of an alternator belt 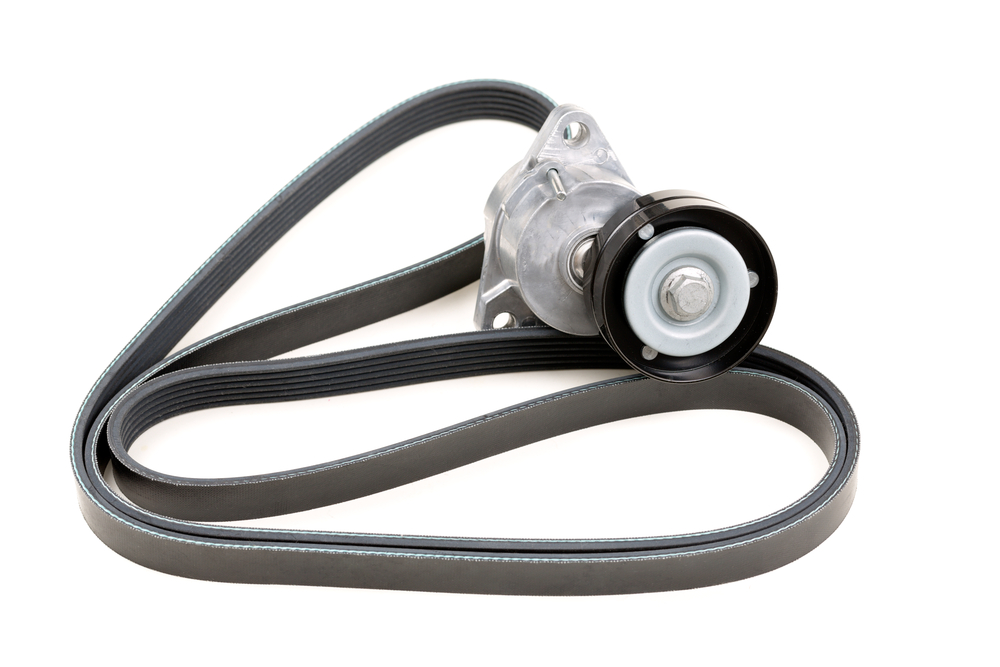 Above: An example of a serpentine belt

Several factors caused automotive engineers to move to a serpentine belt: an increased demand on accessories, smaller cars with cramped engine compartments, and a need to pack more mechanical components into every engine compartment. A serpentine belt is still a grooved V-belt, but it is much wider and longer than those used in a two belt system. Serpentine belts make their way around multiple pulleys to power all of a vehicle’s pulley-driven accessories. The system uses ”idler pulleys” to route the belt from one accessory to the next and a ”tensioner” pulley, that is under constant pressure, provides tension.

Now that you know what the various belt systems are, let’s have a look at what a belt should look like, preventative care tips, warning signs your belt needs replaced, and how to replace the belt yourself.

Unless you spend a lot of time working under the bonnet of a car, you may not know what a properly functioning belt looks like. Whether it is a modern multi-purpose belt or an older style V-belt in a two belt system, automotive belts are the same colour—black. They may have one smooth surface (pointed away from the pulleys) or can be grooved on both sides. 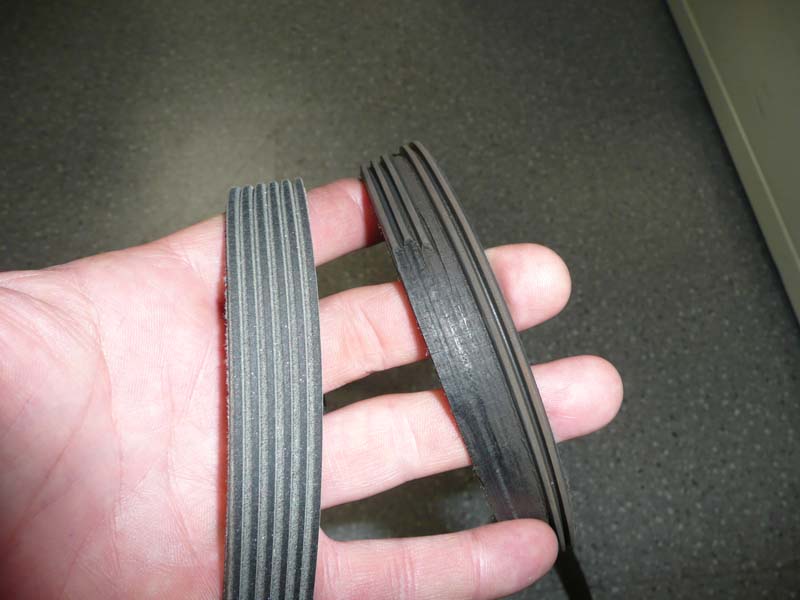 If your belt is in good condition, the smooth-sided rubber and the grooved rubber will be crack-free. Cracks are a sign of dry rot and age. They are also weak points that will eventually break, stranding you on the side of the road. Belts should never have frays around the edges. This is a sign that the belt is tracking across the pulleys incorrectly. A frayed belt could fail at any time. Lastly, the grooves should be uniform in size and spacing, with no grooves missing. If you have any of these issues with your belt, replace it immediately.

How to Care for Your Engine Belts

Modern V-belts are built to last up to 100,000 km. Most last longer depending on the climate you live in. If you live in a hot and dry climate, it’s important to park your car in a cool shaded area, like a garage or under the shade of a tree—away from direct sunlight. While performing regular maintenance, be careful not to spill any oil or coolant on it, as either could cause slipping and damage.

You should also keep the pulleys free from debris. The life of the belt is directly tied to the climate you live in and whether or not you ever overheat your engine. The best thing you can do is inspect your belt once a month for any of the signs listed above or listen/watch for the signs written in the next paragraph.

When a belt begins to slip you may hear a chirping or squealing sound. This usually means there’s not enough tension. This can be due to a worn tensioner pulley or a stretched belt, or after you’ve had an oil or coolant leak. If it’s due to a prior leak, the sound will go away. If it doesn’t, your belt may fail soon. You might experience decreased performance from the system that belt controls. If your power steering stops working, your battery fails, your headlamps dim or go out, or your engine overheats; the belt may be on the verge of breaking, if it hasn’t already. 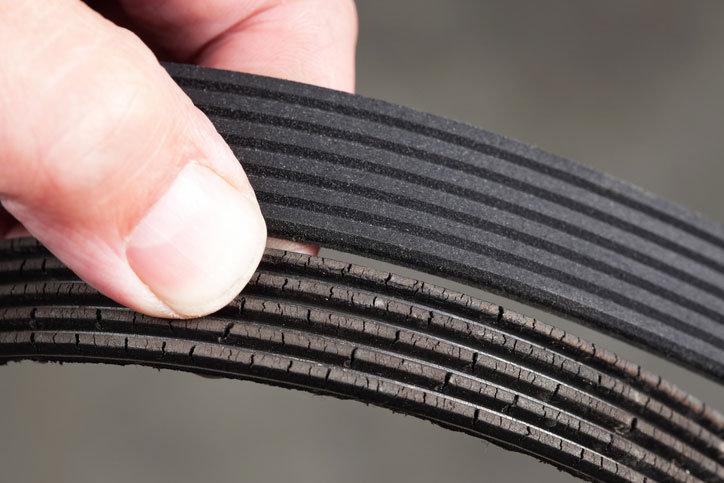 A failing belt can cause damage to other parts of your engine, like the alternator, water pump, power steering pump, and your air conditioning if left alone, so it’s important to have it replaced as soon as you notice any of these signs. If your belt suddenly fails, the check engine light will come on. Pull to the side of the road immediately to prevent further damage to your vehicle.

How to Replace an Engine Belt

Let’s assume you need to replace your old engine belt. Being a do-it-yourself type, you bought a new belt and are ready to replace it yourself. First of all, you should study the old belt’s routing before taking it off. If the belt is broken, don’t panic. There should be a belt-routing placard under the bonnet or in your owner’s manual.

When you replace fan belts, we recommend you to also replace the pulley and tensioner as well. In many top-notch garages it is considered to be natural to replace these three parts as a set. 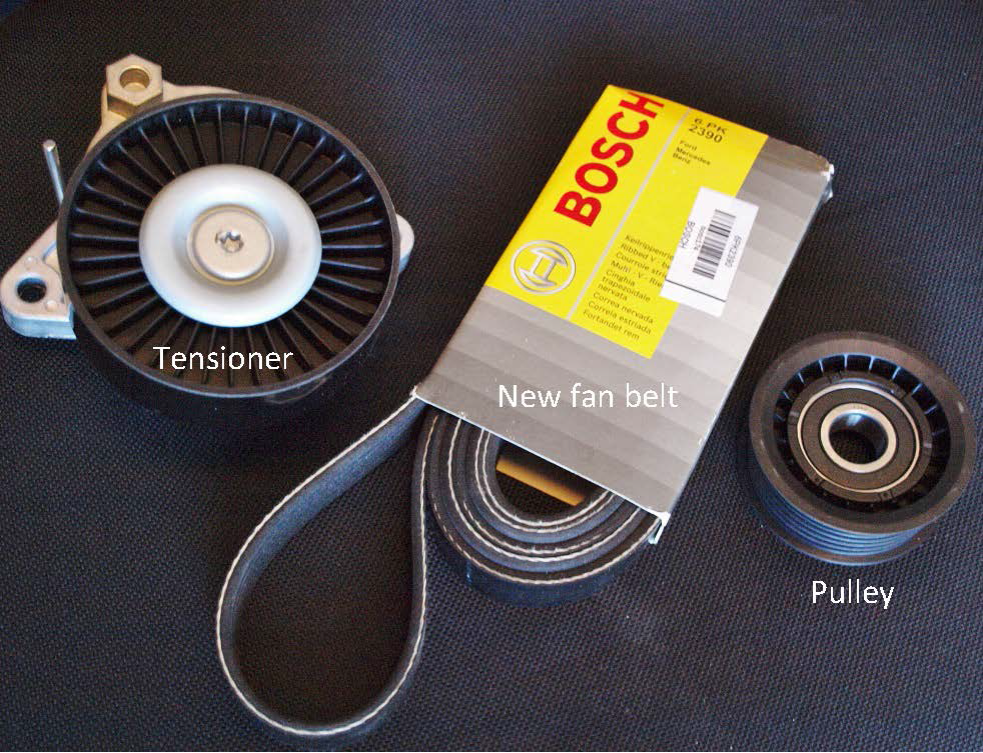 Above: The tensioner, fan belt, and pulley of a Mercedes-Benz

Keep Up With Your Vehicle’s Engine Belts

Despite how vital they are to the function of your engine, engine belts are often overlooked. Neglecting them can easily leave you sitting on the side of the road. It’s in your best interest to check it at least once a month to prevent it from breaking at an inconvenient time, especially if you live in a hot and arid climate such as Africa.

Properly caring for and maintaining your vehicle will not only save you a lot of money and headaches in the long-run, but keep you and your passengers safe. Engine belt replacement skills are essential to maintaining your car’s overall health. If you’re a do-er wanting more information on engine maintenance and how to keep your ride in top condition, check out more of our helpful car maintenance articles.