A party was held in Tanzania last week on November 2nd, 2013 to celebrate BE FORWARD Tanzania’s one year anniversary!

Zanzibar’s Second Vice- President Ambassador Seif Ali Iddi honored us with his attendance along with other distinguished guests. BE FORWARD President, Hironori Yamakawa, accompanied by other BE FORWARD Japan team members were also present to congratulate the BE FORWARD Tanzania team on their hard work and effort and to participate in the festivities.

Below are pictures from the event, including some pictures from a prize drawing that was held. Second Vice- President Ambassador Seif Ali Iddi and President Yamakawa helped draw the random numbers by shooting darts at a spinning dart board.  Lucky guests had the chance to win iPhones, iPads, and even a Toyota Passo! 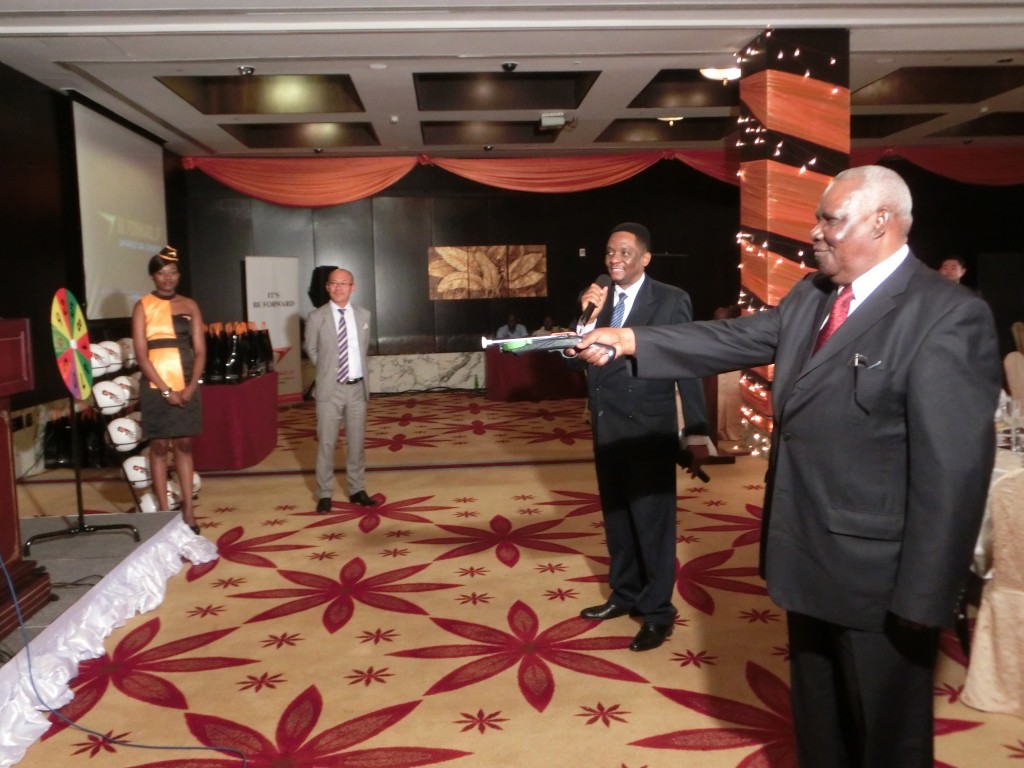 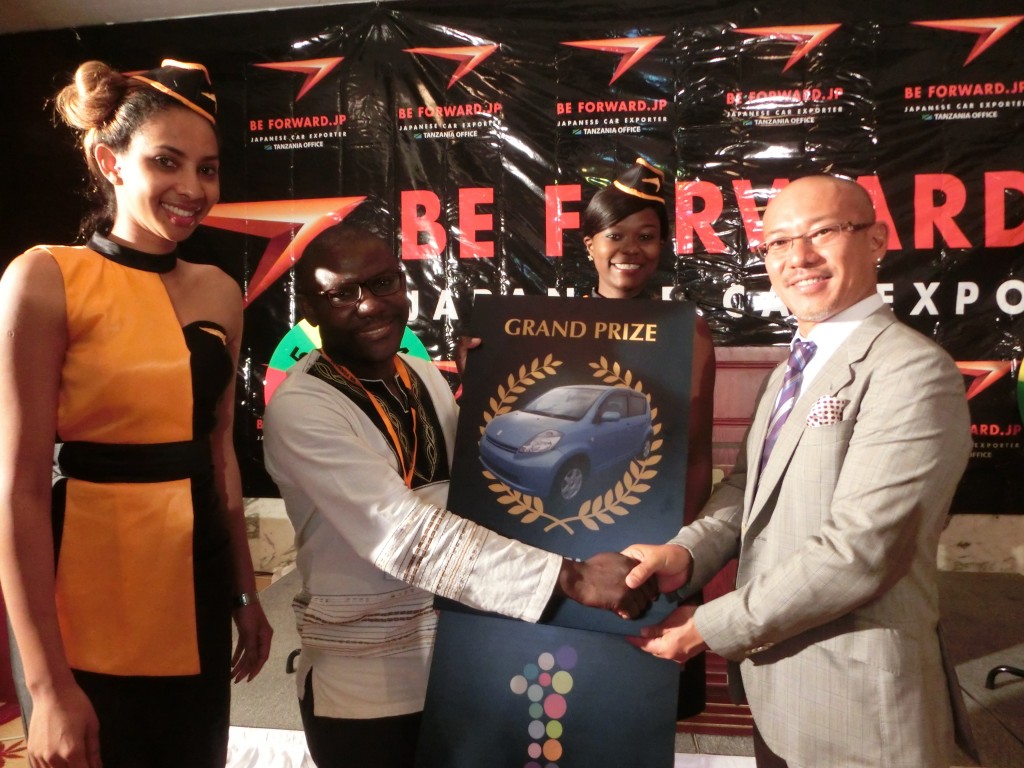 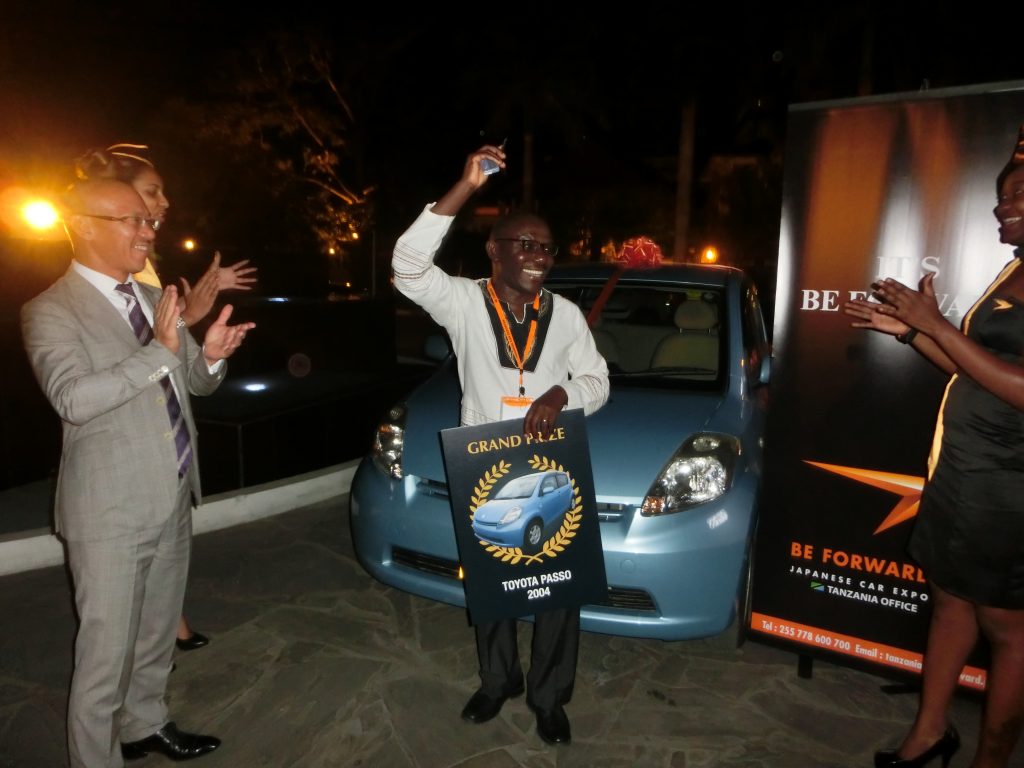 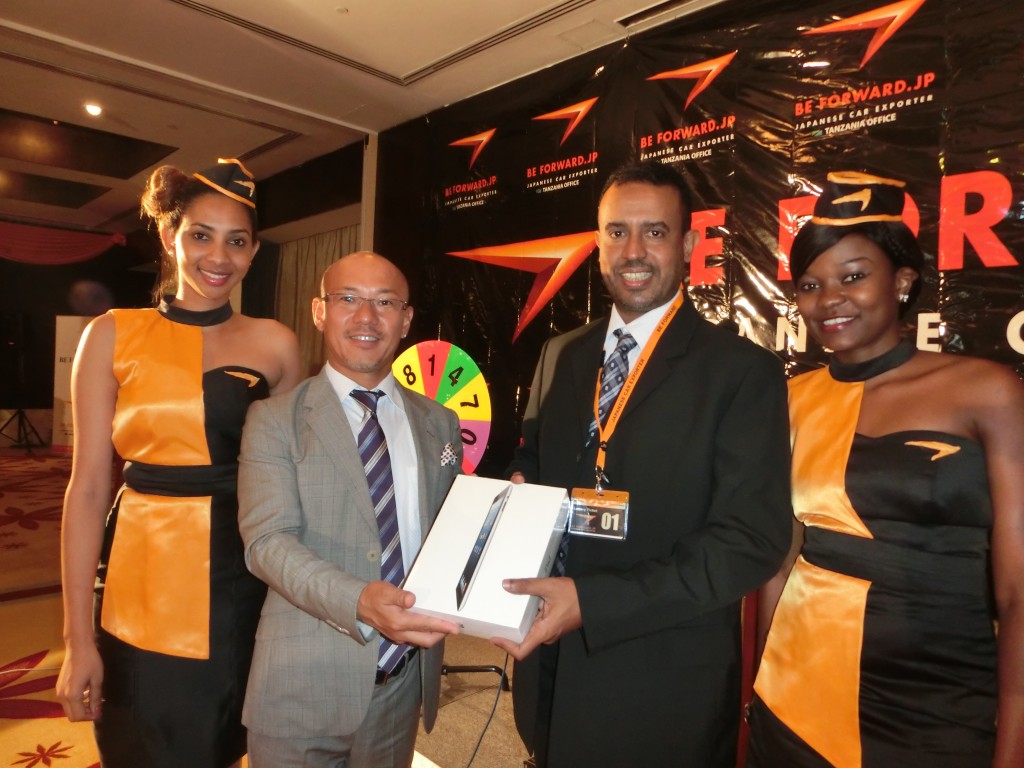 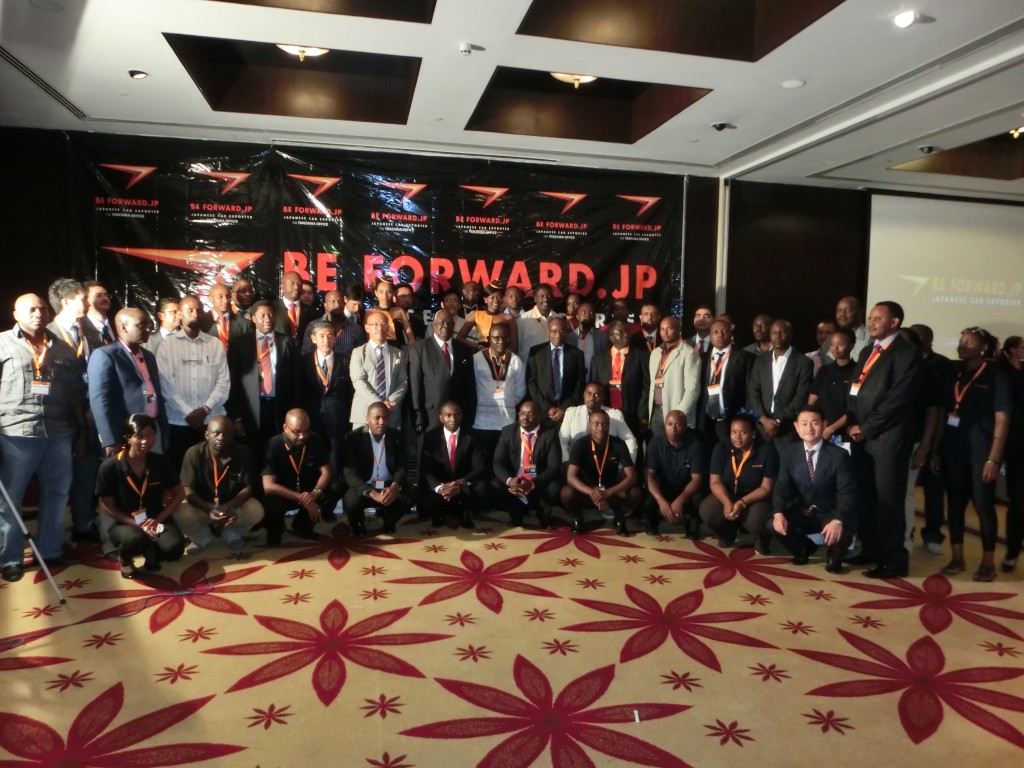