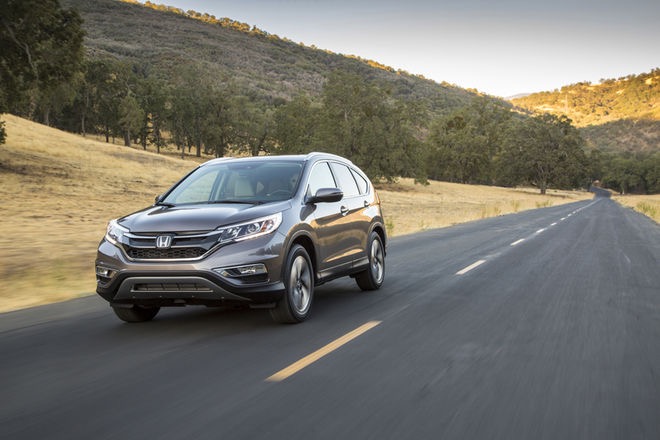 The compact crossover SUV segment is stuffed full. Every manufacturer imaginable has an entry in the segment. The combination of high sales volume and high profit per vehicle attracts everyone. Despite the plethora of entries in the class, the Honda CR-V and the Toyota RAV4 are the undisputed sales kings; with the CR-V consistently outselling Toyota. With such a close rivalry between the CR-V and the RAV4, we thought our readers might be interested in a few selling points that each has; with the hope that we can help you make your final decision.

Selling Points of the 2016 Honda CR-V

The CR-V and RAV4 both offer a versatile cargo space. Both have low load floors, wide openings, and plenty of cargo room without having to fold down the rear seat. All are attributes that help both models sell quickly. Where the CR-V goes the extra mile is that the rear seat can be folded down easily from the cargo area. A simple pull of a lever gets you additional room. This saves time and frustration when you have your hands full and discover that you need just a touch more space.

Even when you drive a sensible vehicle like a compact crossover, you occasionally like to have a  little bit of fun while driving. The CR-V has a more responsive steering system and a better feel for drivers. The CR-V also has a slightly better 0-100 km/h time than the RAV4. At 8.3 seconds, you are not going to be thrown back in your seat from G-forces, but it is still a respectable time for a crossover.

The CR-V mates its naturally aspirated four-cylinder engine to a CVT that is both responsive and smooth. The CR-V runs through all of its gears without a single hiccup or lag that may annoy drivers. The RAV4 uses a six-speed automatic gearbox instead. A solid choice, but the CR-V seems a tad more functional.

Honda’s LaneWatch technology places a camera under the passenger side-view mirror. When you turn on your turn signal, the camera displays on the center console touchscreen. The view is not meant to be a substitute for actually using the mirror, but does offer you an additional view of any traffic that you may have missed. LaneWatch can be turned off it you do not like the feature.

Potential buyers want to know how an SUV will handle in S-curves and tight turns. One test for this is the classic figure eight. For this, we borrowed results from Motor Trend magazine. MT ran both the RAV4 and the CR-V through their onsite test area. The figure eight course tests acceleration and agility. 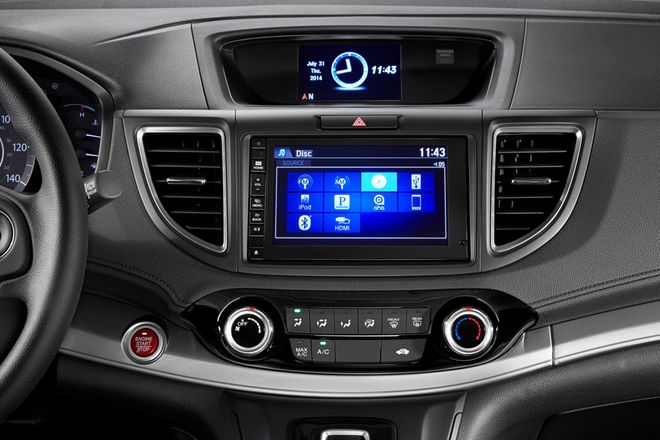 If you are going to have a crossover that is full of tech, you want to be able to see the displays clearly. The CR-V boasts two display screens. The only other crossover to do so is the Subaru Forester. There is a smallish screen just above the main screen. While the CR-V’s nav system is lacking, there is so much more that can be displayed on these screens. The RAV4 offers a screen that is twenty percent smaller unless you upgrade to the top trim level.

Selling Points of the 2016 Toyota RAV4 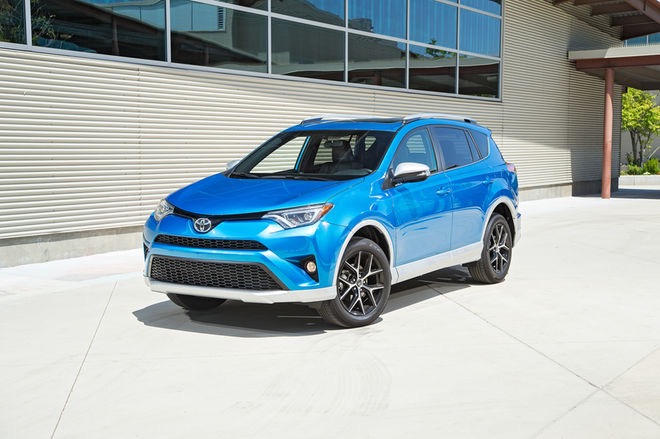 Starting with the SE trim level, buyers can opt for the S-code two-tone paint treatment. Available colours include blue, white, and black as the base colour. Accent is limited to silver for the bottom of the crossover and on the side-view mirrors. While these options may seem a tad limited, each goes well with the SE’s larger wheels. The two-tone option is fairly inexpensive at L450.

Toyota offers LED headlamps as standard equipment on all Corollas, but is taking a tad bit longer on other models. They are available as an option on the two higher trim levels of the RAV4. Honda offers an upgrade to projector-beam halogen headlamps, but we think the LEDs are a better option.

Fuel efficiency is a major focus around the globe and no one does it better than Toyota. Government estimates place the RAV4 at 9.3 km/l city and 12.3 on the highway. Some real word tests have actually placed the RAV4 closer to 10.2 km/l in the city and 13.1 on the highway. Whichever set of numbers you rely on, the RAV4 exceeds the numbers rendered by the CR-V under any conditions.

While we are disappointed that Toyota stopped offering a V6 in the RAV4, we are happy to see the only hybrid drivetrain in the class. The hybrid offers better acceleration than the standard four-cylinder along with improved fuel economy. The drawback is a loss of cargo space due to the hybrid drive system. The loss is minimal at just 3 cubic feet.

Sport seats usually mean minimalistic seats designed to reduce weight in sports cars. These are leather-like SofTex seats that, while minimalistic in appearance, are quite comfortable. They are equipped in the SE and higher trim levels. 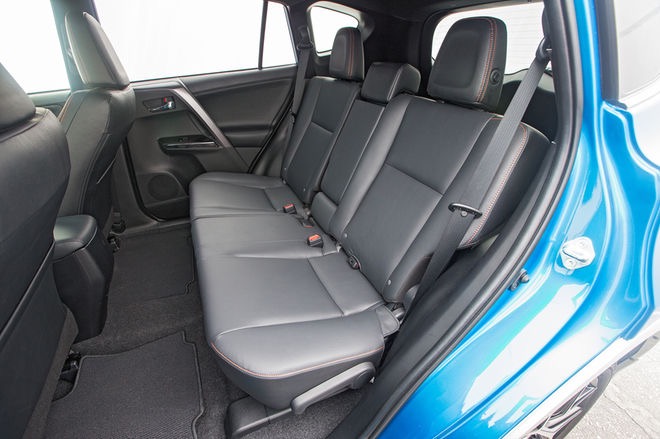 If you use the rear seats of your crossover very often, you know how important it is to be able to recline the seats with ease. The RAV4 features a large lever at the side of the seat, where the CR-V places its at the top of the seat, near the headrest. It takes a contortionist to use the CR-V’s recline function with any degree of ease.

Overall, it is hard to declare either a clear winner. Each has its own pros and cons. Frequently, price is a determining factor, but the RAV4 and CR-V are similarly priced. In the end, your choice may come down to a personal preference of brand loyalty. Good luck in your search for a new crossover!