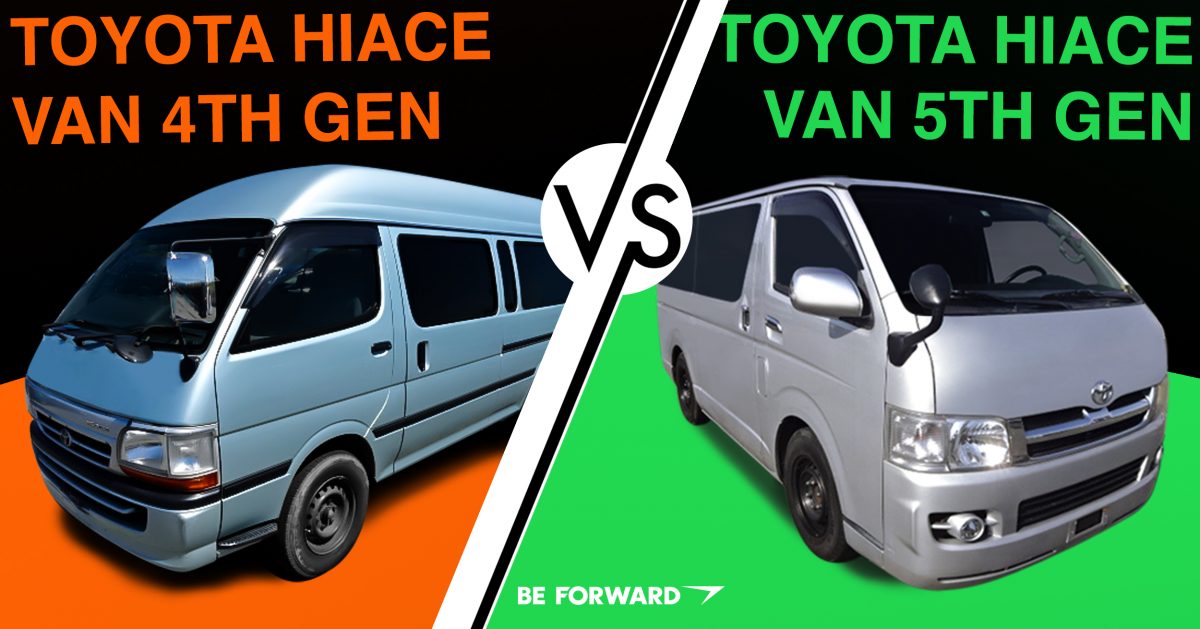 The search for a reliable people or cargo mover will undoubtedly take you to either the Toyota HiAce 2003 van, or its bigger and boxier sibling, the Toyota HiAce 2008 van. HiAce is one of the best MPV names to come out of Japan. It has a long and impressive history, high performance, full functionality, is reliable, and easy to maintain. Choosing between the 4th and 5th generations, however, may leave you a little perplexed. Here is a side-by-side comparison of the two greats to help you along your path to decision-making. 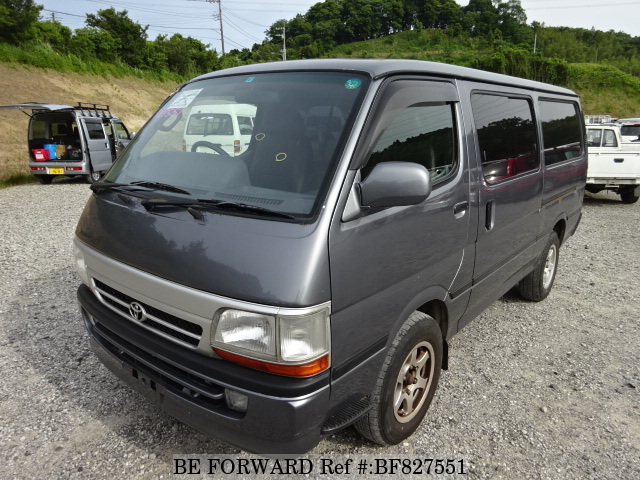 The 4th Generation Toyota HiAce Van first appeared in the market in 1989. The engine size ranged from 2 to 3-liters, with petrol for the first model and diesel for models released in later years. Some models had four-wheel drive while others had 2-wheel drive. In May 1994, Toyota gave the HiAce a face lift, changing some exterior features. In 1997, Toyota changed it again from a cargo van to a family van with many family-friendly features. In 2004 the 4th generation was discontinued and replaced by the next generation. 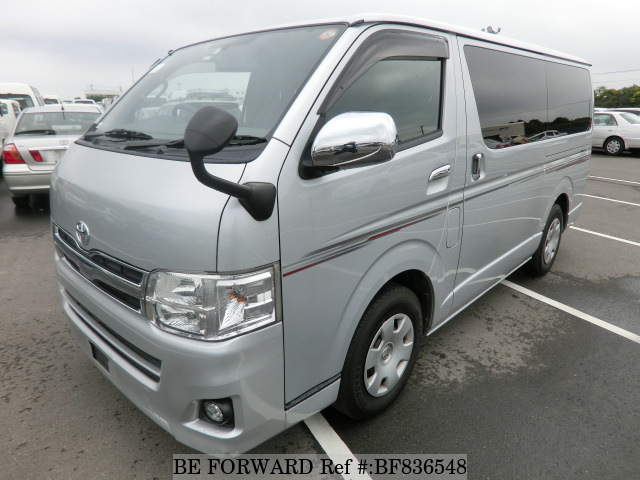 Hot on the heels of the 4th generation, the 5th Generation Toyota HiAce Van came with more enhanced features. It too came in many year models; most of them using the DOHC 4-cylinder engine while others used the 2KD-FTV diesel engine. The 5th generation has been in production since 2004. Two versions of the 2005 Toyota HiAce were launched in the Philippines – the GL Grandia and the Commuter – both coming with manual transmissions.

On average, a used 2003 4th generation Toyota HiAce Van on BE FORWARD will cost from roughly $3,500. The price is lower, of course, with the older models.

A used 2008 5th generation Toyota HiAce Van prices start at $5,000. As is the usual pattern, older models will cost less than the newer models. 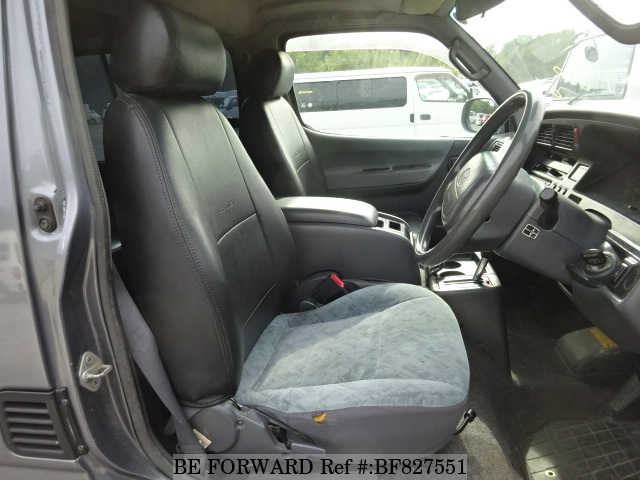 The interior of the 4th generation HiAce Van is incredibly spacious, both at the front and the back. The flat-nose models come with features like power steering, dual airbags, manually adjustable driver’s seat and manual transmission for most models.

This van can carry three people in the front, including the driver, and 11 people total. The seats can either be a combination of half-leather/half-cloth or all cloth, the dashboard is plastic and the instruments are decent. This van packs a good number of features for an older generation vehicle.

Something else to note is that the fluid compartments of the short-nosed 2003 model are located underneath the passenger seat, so heads up! 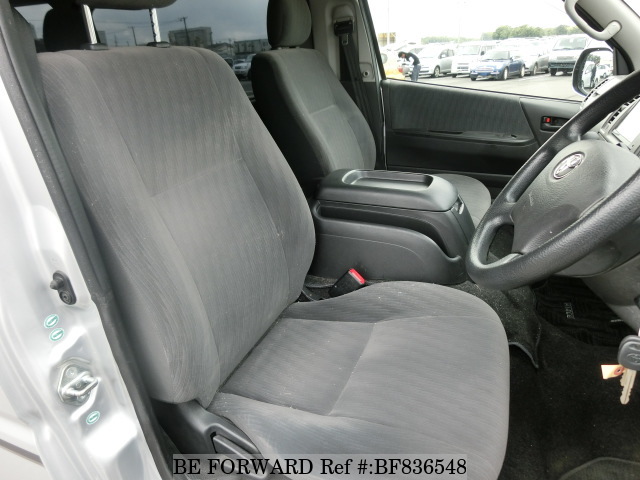 Thanks to its single box design, the interior of the 2005 HiAce Van, or the Commuter in some areas, is also highly spacious. The 2010 model has an even roomier interior with a high roof and a few touches of luxury incorporated into its design. Despite being made out of plastic, the dashboard and door paneling maintain a refined look. The driver gets a bucket seat with impressive-looking dials and buttons. Everything about the dashboard and front interior looks awesome and durable.

The 5th generation comes with central locking and automatic transmission with the gearshift mounted on the dashboard. While there are no cupholders, the cabin storage is bigger than that of the 4th generation vans. The latest models like the 2013 Toyota HiAce Van, though, offer features like reverse camera, radio, a CD player, and navigation system. 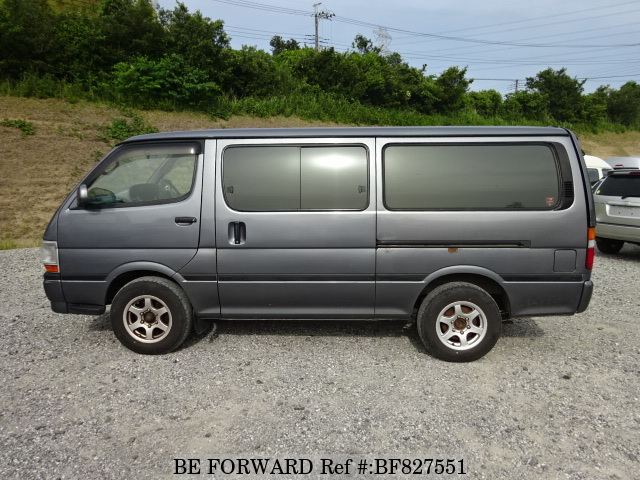 Above: Side view of used 2000 Toyota HiAce Van, 4th Generation

Depending on the model, this van came in a straight-faced version as well as semi-bonneted version. Some of the most distinctive features of the semi-bonneted 2001 HiAce Van, or Granvia, are made for the Japanese market only. Improvements include having the front wheels positioned in front of the seats for extra safety. The most popular 4th generation HiAce Van, however, is the cabover van where the driver and front passenger seats are positioned over the wheels.

Other notable exterior features include single tires, a lift-gate, sliding rear doors either on the left, right, or both, front moon roof, sunroof (optional), and bigger size as compared to the third generation HiAce Vans.

The inside may be boxy, but the outside is well rounded with bends and curves in all the right places. The roof height is pretty standard, but some models do make them higher. 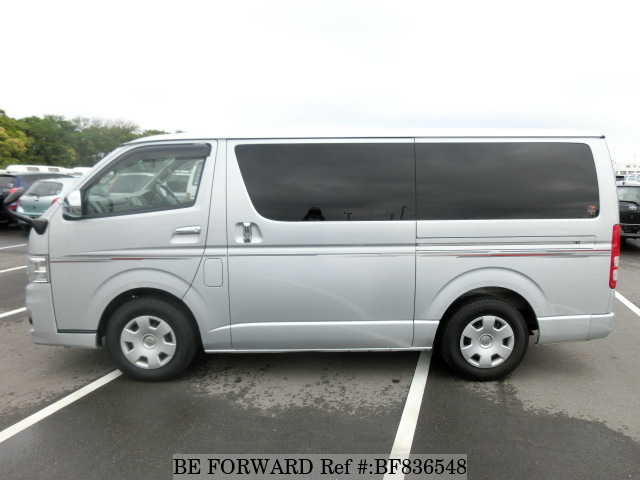 Above: Side view of used 2010 Toyota HiAce Van, 5th Generation

With the coming of the 5th Generation Toyota HiAce Van, the semi-bonnet made way for the cabover design. A big boxy exterior replaced the curves and bends of the 4th generation and added a high roof, lots of interior space and other impressive features. The 2004 Toyota HiAce, or Commuter, is a mini-bus best suited for long-distance travel between towns. The huge size (being an LWB large wheelbase) is the most distinctive feature on the road. It has 4 doors (including one sliding door) and can seat 14 people or more depending on the model. Like its predecessor the 2003 Toyota HiAce Van, this is a single tire van. 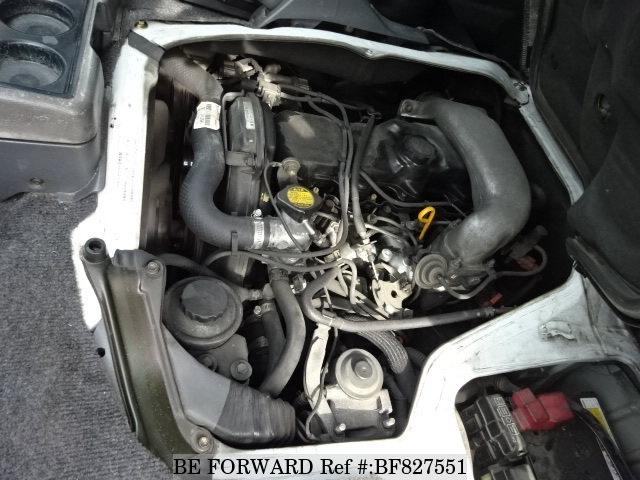 Available in 2.0-l petrol, 2.5-l, 2.7-l and 3.0-l diesel engines, the most popular engine is the 4-cylinder 2.7-liter diesel engine, mated to a 5-gear manual transmission system. The fuel system is standard diesel injection system. The 70-liter tank capacity should take you a good 680km, probably more. The fuel consumption is an admirable 9.8 kilometers per liter.

Due to the vehicle’s good performance ratio, this vehicle was and still is very popular in many parts of Asia, Africa and Oceania. Even if you get the high-roof HiAce Van, drivability and handling is pretty good, but you should still negotiate those corners at reasonable speed. 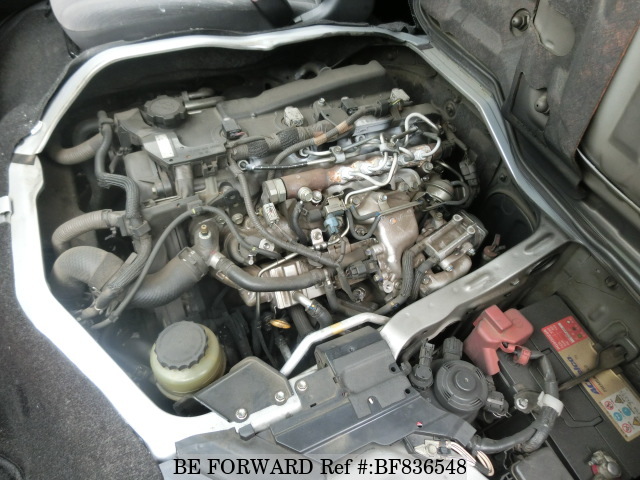 The 5th Generation Toyota HiAce Van comes with 4 cylinder 3.0 diesel engine with a standard diesel injection (SDI) fuel system. If you take the 2008 Toyota HiAce, you get features like a 70-liter fuel tank capacity that will take you quite a distance. The fuel consumption for highway and city is about 11.4 kilometers per liter — pretty impressive for a 14-seater commuter van. The engine is mated to a 5-speed automatic transmission system.

This may be a boxy, short nose van, but it is designed in such a way that you can access all the fluid containers without having to lift up the seats, as was the case with the earlier generations of the HiAce Van. 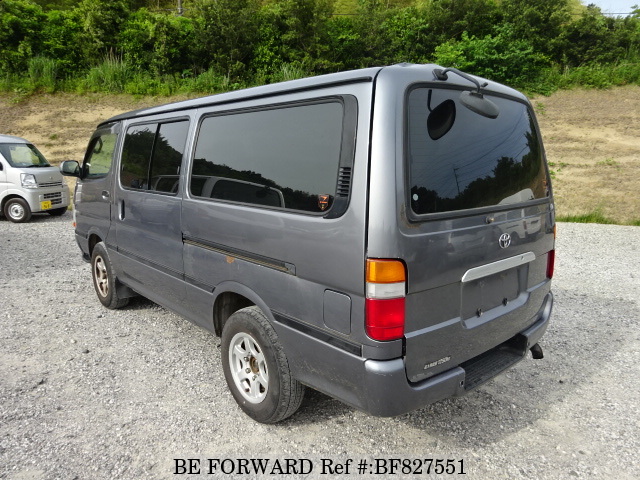 Both the commuter and cargo versions of the 4th generation and 5th generation come with their distinctive features and advantages. The 4th generation is recommended for people looking for a family van for camping adventures, city and out of city driving. The cargo version of the same is recommended for small businesses including available customizations for cargo businesses. The semi-bonneted and short-nosed HiAce Vans can also be used for airport transfers and taxi businesses. 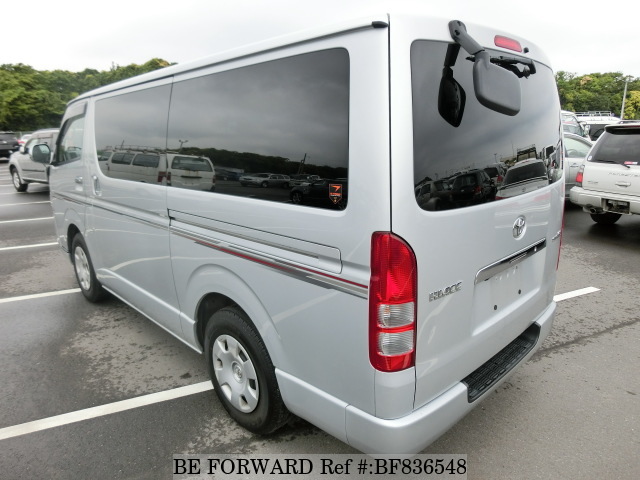 The 5th generation HiAce Van is recommended for corporate bodies, transport providers and buyers looking to get into the people-moving business. It is built with features that make it good for government, business and corporate transportation. The cargo version is recommended for business people who move a lot of cargo between towns or within the same locality.

Made up your mind and are looking to purchase a used 4th or 5th generation Toyota HiAce Van? Click the buttons below to view BE FORWARD’s quality and best-priced stock of each!