If you were a high-performance premium automobile, you would be feeling crowded to the breaking point in today’s market. The godfather’s of the segment, the BMW M3 and M4 enjoyed an open market for a few years then Mercedes-Benz decided it was time to tap in with its AMG offerings. Shortly thereafter, Audi stepped up its game, as did Cadillac and Lexus. With offerings like the Audi RS5, Cadillac ATS-V and CTS V-Sport, the Lexus RC F, and the Mercedes-AMG C63 to compete with, how is BMW planning to stay relevant? By fighting back with an all new Competition package for its M3 and M4 offerings, how else? 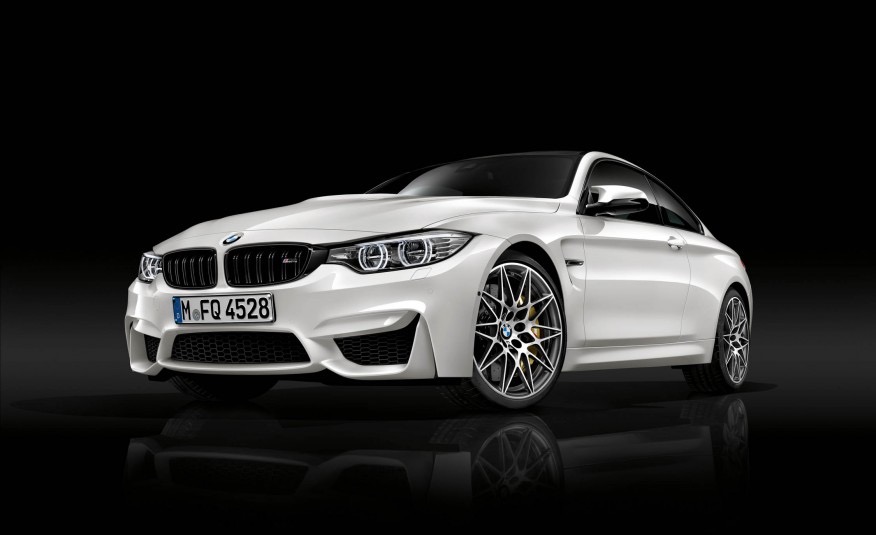 In their base forms the 2016 M3 and M4 are respectable driving machines. Both are powered by the S55 engine that is mildly related to the N55 that is being scrapped in the base 3-series. The S55 will live on for many reasons; mainly for its power and proven reliability. It is rated at 425 bhp and 550.5 N-m of torque. The straight-six boasts twin turbos and is paired to either a six-speed manual or a Getrag seven-speed dual-clutch automatic. With the manual transmission, a skilled driver can manage a 0-100 km/h time of just 4.1 seconds. The automatic allows any driver to shave that time to just 3.9 seconds. With either transmission, the top speed of the base M3 is capped at 250 km/h.

The package offers owner’s what they truly want from a high-performance premium car…more horsepower. The Competition package boosts the base ponies from 425 to 444, shaves the six-speed’s 0-100 time down to 4.0 seconds and the dual-clutch’s time to 3.8 seconds. Should you opt for the convertible, the 0-100 times revert back to the base model’s. Rounding out the package are the 666M forged wheels that are found on the M4 GTS, but done in silver. A high-performance car needs high-performance rubber. The 666M’s have 265/30ZR-20 up front and 285/30ZR-20 in the rear. Not to be outdone in the corners, the Competition package features a reprogrammed stability-control system and an active rear differential. 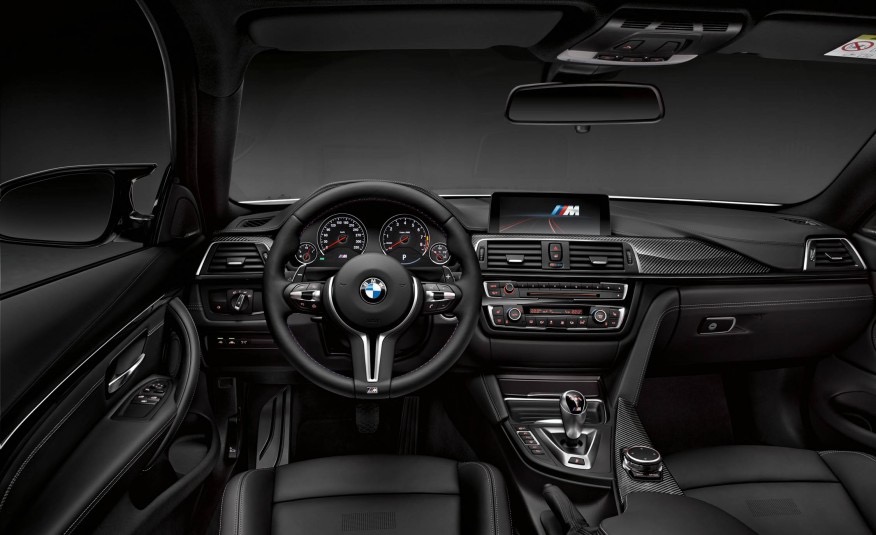 The package also adds style and class. In contrast to the silver on the 666M’s, the signature kidney grille and the M3/M4 logo are painted black. The black color scheme continues through the four black-chromed exhaust tips. In addition to the unusual black color, the entire exhaust system has been upgraded. It is designed to have a louder, richer throat than others in the segment. After all, everyone notices the loudest person in the room, why wouldn’t the same hold true for cars?

We teased you with a quick mention of the wheels on the M4 GTS. As you can see from the picture above, the car deserves more than a mere mention in passing. Especially since it is the first GTS badged unit since the E92.

The track-ready coupe is equipped with an adjustable carbon-fiber splitter and a wider air intake in the front to maximize air intake and minimize front axle lift. Both very important for track use. The main body looks nearly identical to the base M4, but it is made entirely from carbon-fiber reinforced plastic(CFRP) for immense weight reduction. It also lowers the GTS’s center of gravity. In the rear, the GTS’s track readiness is further reinforced. The first item to be noticed is the massive adjustable wing on the boot, then there is the modified diffuser. The M4 GTS features BMW’s new organic light-emitting diodes(OLED) taillights, the first production BMW to do so.

Alright, now that you know it is pretty and looks ready for a track run, how about those performance numbers? The GTS is powered by the same S55 engine that can be found in the base M3 and M4, but power has been boosted to 493 bhp and 600 N-m of torque. Let’s do some math, shall we? 68 more hp + 90kg lighter, adds up to a 0-100 km/h time of just 3.7 seconds with the dual-clutch automatic installed. Then there is a top speed of 306 km/h. Why isn’t there one sitting in front of this writer’s home? The base sticker of L92,520 or E119,200 explains it all. Kickstarter campaign anyone?