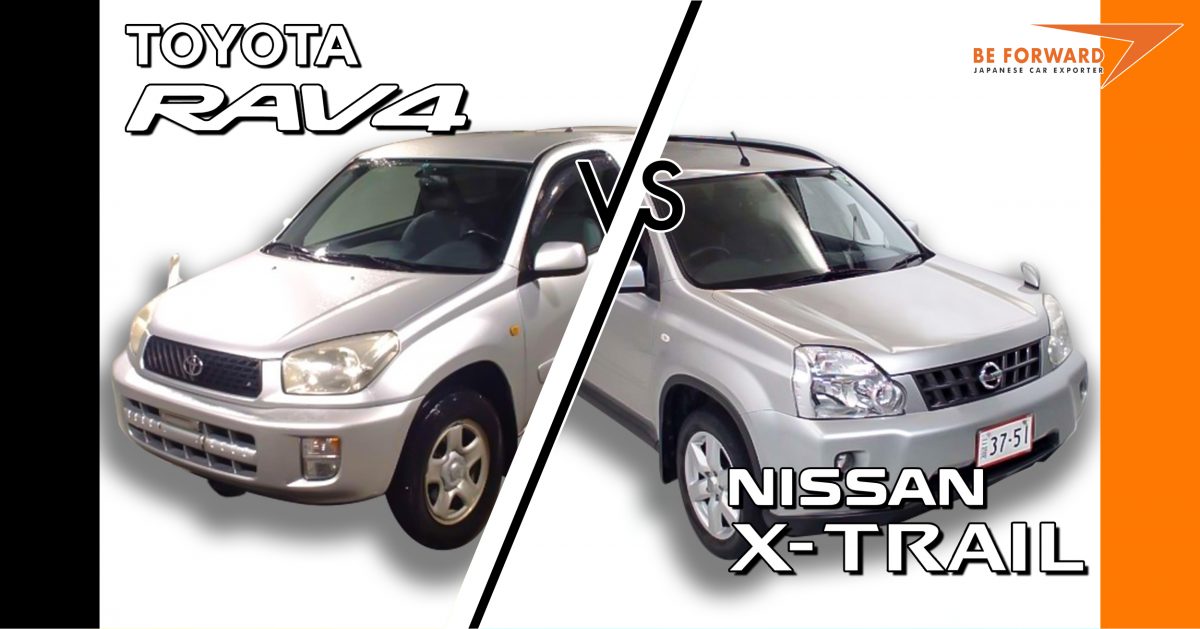 If you’re in the market for a small sport utility vehicle (SUV), then you have to choose well, because this is one of the most crowded segments, aside from sedans, on the market today. The small SUVs available cover the entire range of interior space, performance, and fuel economy, so there are plenty to choose from when considering which is right for you and your family. Two of the most popular, the Toyota RAV4 and the Nissan X-Trail, are fairly close in cost, yet offer quite a difference in driving experience and performance.

Looking at the two vehicles from the outside, it is plain to see that the Toyota RAV4 is a bit smaller than the Nissan X-Trail, especially the two-door version of the RAV4, which makes quite a difference in how you drive them and how much people or gear you can put inside. The RAV4, being smaller, is more maneuverable than the larger X-Trail, which means a couple of things, depending on where you plan on driving. Driving in the city, you’ll find the RAV4 more nimble, so you’ll be able to squeeze through tight traffic and execute complex parking maneuvers with ease. On the other hand, the larger X-Trail gives you a better view, as well as better protection in case of an accident. 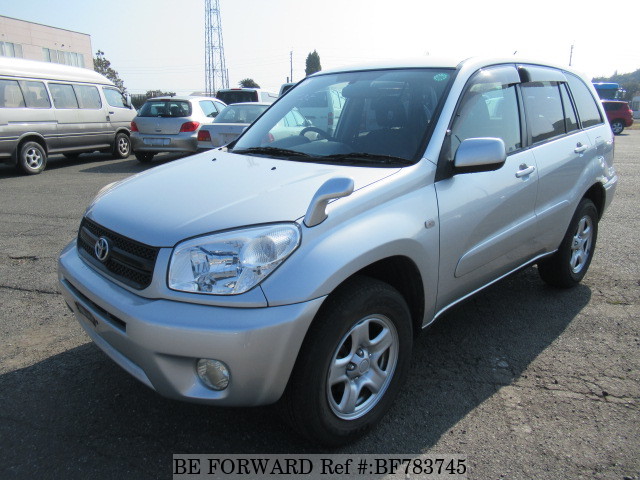 The Nissan X-Trail, being the larger of the two, gives you more interior space for passengers, up to five adults, although it seems to lack the legroom you’d expect for taller rear passengers. The Toyota RAV4 has seat belts for five, but really only has enough space for four adults. That being said, the seats of the RAV4 are more comfortable. The X-Trail also has an outstanding amount of cargo space, 433ℓ with the seats up, as well as an optional roof rack for more gear. The RAV4 suffers a little bit in storage capacity, especially if you opt for the two-door versions, or one of the newer versions with the full-size spare tire, which is stored under the floor, behind the rear seats. 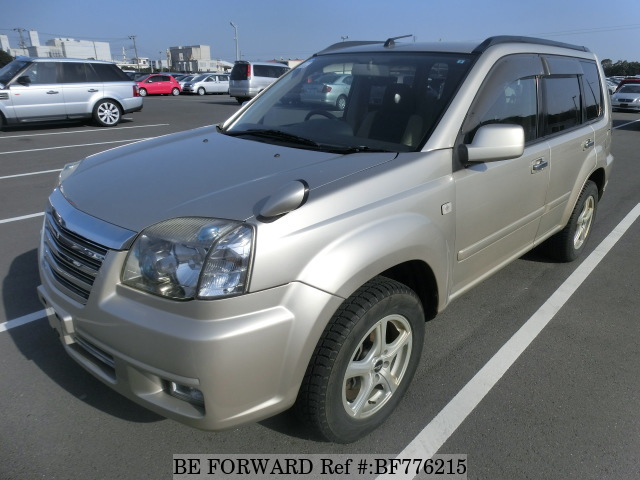 Both the Toyota RAV4 and Nissan X-Trail sport utility vehicles are fair game for use in the city, on the highway, in the countryside, or even the occasional off-road excursion. The RAV4, especially equipped with all-wheel drive, is well qualified for rough roads and mild off-road terrain. The Nissan X-Trail’s higher stance, part-time four-wheel drive, and available locking center differential, makes it a better companion for more difficult terrain. If equipped with an automatic transmission, the RAV4 moves through gears easily and smoothly, although sometimes it has a hard time choosing which gear to stick with on long hills. 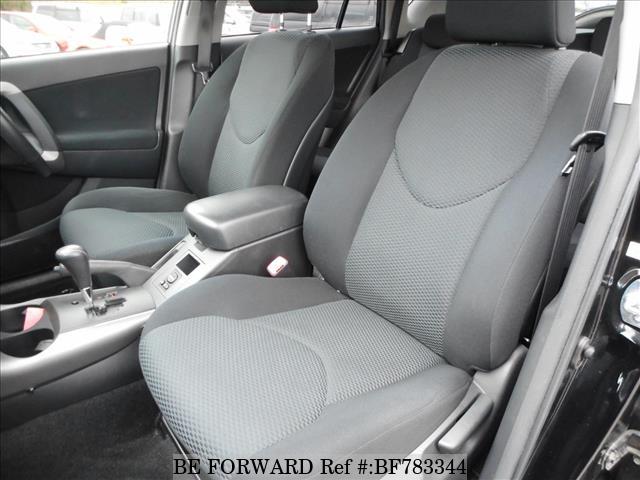 The RAV4’s motor, gasoline only, isn’t quite as powerful as the X-Trail, in spite of the fact that the Toyota has a slightly bigger engine. The Nissan X-Trail’s available, but rare, diesel engine has more low-end torque. Depending on what you want to use it for, you could go either way in choosing one of these very capable SUVs. The RAV4 tends to be more fuel-efficient, and is an excellent cruiser, but doesn’t have the low-end power, like that of the Nissan X-Trail, needed for getting off the pavement. 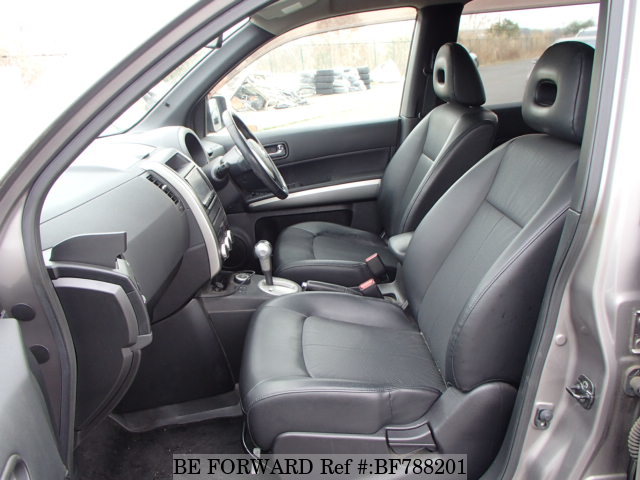 Above: Interior of a used 2010 Nissan X-Trail

Typically, you’ll pay more upfront for a Toyota RAV4, but you’ll save money on repair bills in the long run. Of course, you get what you pay for, and the quality comparison between these two SUVs is almost night and day, with the Toyota RAV4 leading the way. The interior of the RAV4 is quiet, with almost no exterior noise, while the X-Trail’s thin insulation in the front means you hear all manner of engine and road noise. 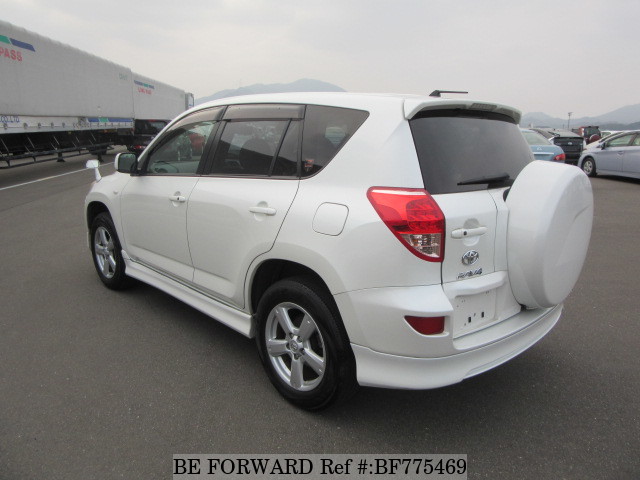 Finally, it is well-known that Toyota vehicles, from their subcompact Tercel to the luxurious Land Cruiser Prado, are some of the most reliable vehicles on the road, and the Toyota RAV4 is no different. On the other hand, if space is what you need, or you’ll be heading off-road, then you’ll want the extra space and performance of the Nissan X-Trail. 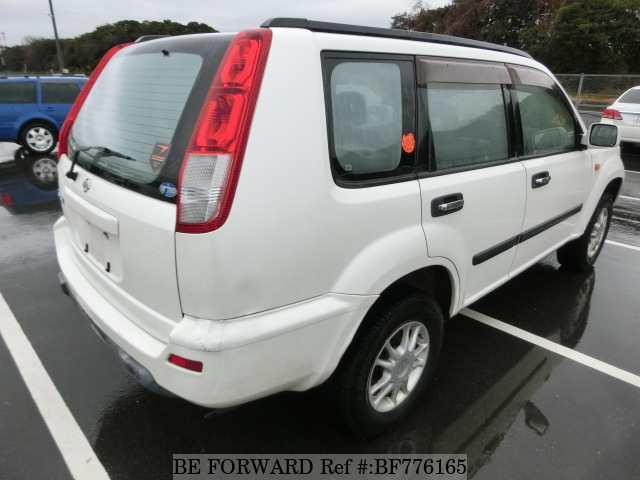