Crossover SUVs are more economical than their full-size cousins, but more capable than sedans or station wagons. You can carry your family around in it as well as you can carry the materials for your weekend project in the garden. Also, because of their height and typical four-wheel or all-wheel drive setup, they are nearly perfect for the rough terrain that’s found outside the cities and towns that many of us live in.

Today, there are a number of companies making crossover SUVs, ranging across the board, from economy to luxury brands. As amazing as it may seem, perhaps you might consider one of these three used crossovers that you can get for less than $3,000.

Depending on who you ask, CR-V stands for Compact Recreational Vehicle or Comfortable Runabout Vehicle. While the reason for the inclusion of the “-” is anyone’s guess, the Honda CR-V lives up to both of these names. First appearing in 1995, the CR-V became Honda’s entry-level SUV, a popular buy for those looking for something a little bigger than the Civic or Accord, but not quite ready for the pilot full-sized Honda SUV. 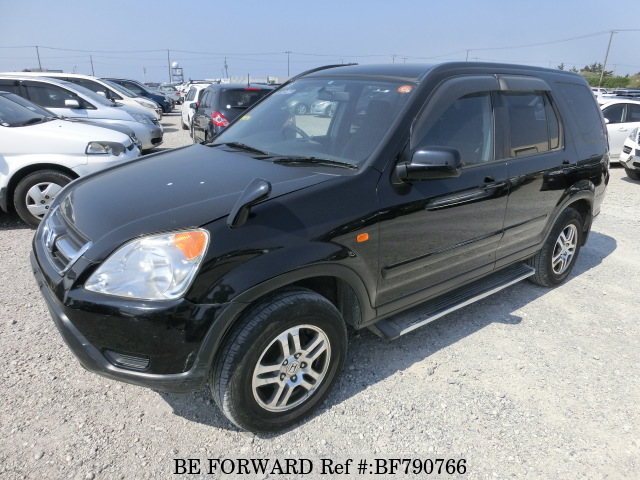 You might not be able to tell by looking, but the Honda CR-V is actually built off the same chassis as used by the Civic sedan. The frame and chassis keep the body from twisting, which, if equipped with all-wheel drive, is great for off-roading. At the same time, the McPherson strut front suspension and double-wishbone rear suspension make for an exceptionally car-like ride while on the highway or about town.

The Honda CR-V has plenty of room for five passengers and gear in the cargo area and is fairly comfortable for all concerned. It comes with the basics that you’d expect in an entry-level SUV, including power locks, windows, and air conditioning. Perhaps the only thing lacking in this small SUV is power. Around town, this small crossover performs as well as any other, but highway passing, for some, leaves something to be desired.

In automotive-speak, latecomer can refer to a new model coming out a year or two later. The first crossover, depending on who you ask, was the 1996 Toyota RAV4, and it took Mazda a full five years to finally release something along the same lines. The result was the Mazda Tribute, which appeared in 2000. The Tribute features both four-cylinder and six-cylinder engines, which can be paired with either a five-speed automatic or four-speed manual transmission, as well as choice of rear-wheel or all-wheel drive. 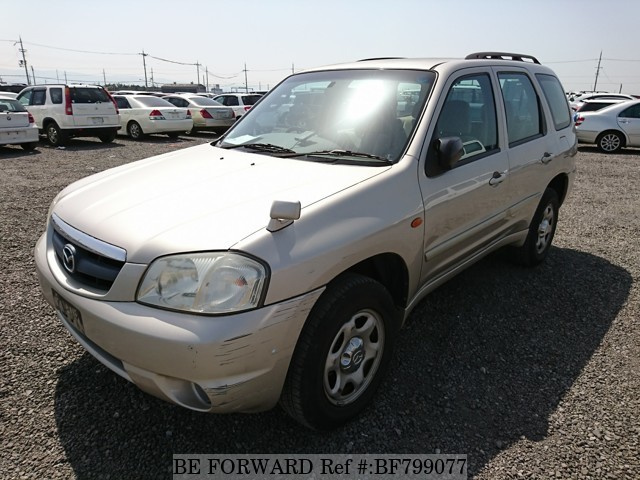 The Mazda Tribute, built on the Mazda 626 platform, is safe, fairly capable, and delivers a ride that is fairly close to car-like. Passenger seating and space is comfortable and roomy, and the Tribute provides all the amenities you’d come to expect, including power windows and locks, CD-player, and decent cargo space.

Above: Interior of a used 2005 Mazda Tribute

The only thing lacking is sufficiently original and eye-catching exterior design. While its overall size and stance exudes power and capability, it tends to appear more utilitarian when next to others of its class. At one point, the Mazda Tribute was to be called the CX-5, but that idea was scrapped, and the Tribute retained its name until it was replaced in 2011 by the Mazda CX-7.

When most crossover SUVs come with optional all-wheel drive, it has almost become accepted that the crossover is built just for looks. For the most part, this is true, but what’s going to happen when you’re faced with a sudden rain that’s turned the road to Grandma’s house into an inescapable mud-pit? Those driving lesser crossovers, those built with two-wheel drive and equipped with shiny 19” wheels, will most likely be spending the night at Grandma’s, which is great for the kids. 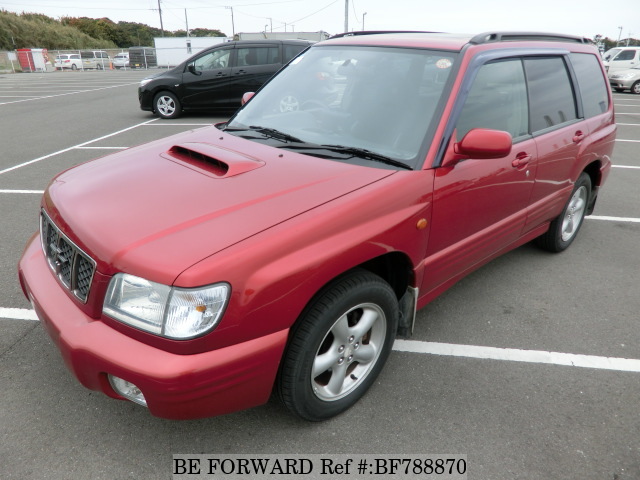 On the other hand, you could be driving the Subaru Forester, one of the few crossovers actually built to tackle Grandma’s driveway. It does well to note that, if the plate says “Subaru,” then there is no two-wheel drive option, as all Subaru models, from the spritely WRX to the big Tribeca, are equipped with full-time all-wheel drive. This makes the Subaru Forester a truly capable SUV in a small crossover package, which is built on the same frame and chassis setup as the Subaru Impreza.

Above: Interior of a used 2006 Subaru Forester

The Subaru Forester may appear more utilitarian than other crossovers in the segment, but it is also one of the few that lives up to the SUV moniker, truly uncommon among other crossovers in this class, in which even the four-wheel drive versions aren’t nearly as functional. Subaru Forester has thus managed to generate strong customer loyalty for those who get the chance to own and drive it.

Looking for more capable used SUVs? Click the button below to check out our entire stocklist of high-quality used SUVs and crossover SUVs.