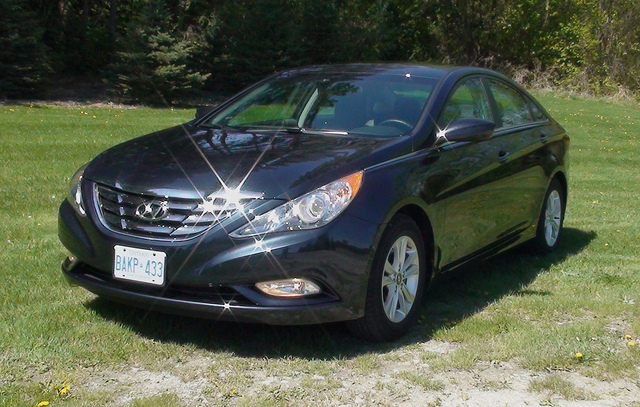 It used to be that these two marques, in comparison with world automaker giants, such as Toyota and Honda, were often ranked as “also ran” or “honourable mention,” but things have changed for the better, over the last couple of decades. Today’s Hyundai and Kia vehicles typically rank with the best offerings from the very same companies that used to outclass them in every way. What about two mid-size sedans that these companies offer, the Hyundai Sonata and Kia Optima, which have often been compared to the Nissan Altima and Honda Accord?

Judging by the fact that Hyundai owns a little over a third of Kia, it should come as no surprise that the Hyundai Sonata and Kia Optima are built on the same platforms, come with similar powertrain options, similar comfort and convenience options, and even similar pricing. Most of the time, the two cars rank pretty much the same when it comes to performance, reliability, features, and overall value, and even used Hyundai Sonata and used Kia Optima retain these traits.

Under the sheet metal, both cars come in left-hand drive and share an assortment of engine and transmission options, currently rated 34 – 36 mpg (6.5 – 6.9 ℓ/100km) highway. They both have fair acceleration and braking abilities, similar four-wheel independent suspension, and electronic power steering. Depending on how you like to drive, the most popular option for either the Optima or the Sonata seems to be turbocharged four-cylinder engine with automatic transmission, delivering decent acceleration for stop and go traffic or passing manoeuvres, without the six-cylinder fuel consumption normally associated with such performance.

Inside, both the Kia Optima and Hyundai Sonata offer decent enough legroom in the front, even for those over six feet tall, and even rear seat passengers up to six feet tall will be reasonably comfortable. Some might find the seat cushions in both cars to be somewhat uncomfortable and short. However, based on similar platforms, both sport similar cargo space in the trunk and plenty of cubby holes and cup-holders for small items. Both are available with luxury upgrades, such as heated front seats and leather upholstery.

Regarding safety and handling, both the Hyundai Sonata and Kia Optima are highly rated and capable for their position in the mid-size sedan segment. Both also have similar comfort and convenience packages, such as power windows, locks, sunroof, as well as similar audio and entertainment systems and electronics packages. 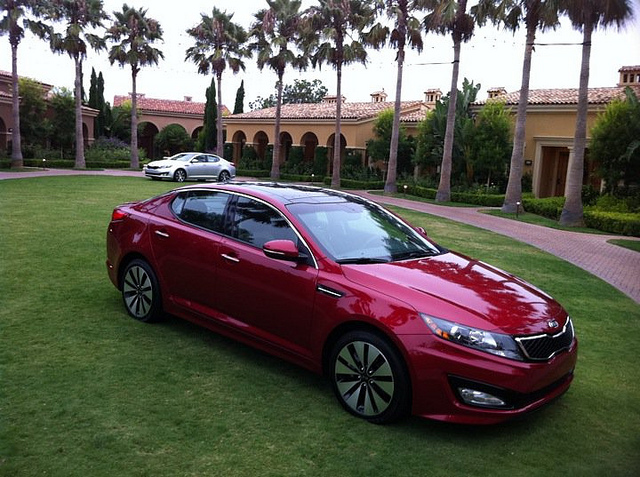 The Hyundai Sonata and Kia Optima may appear to be twins in almost every way, so really, the only thing left to consider is design, which is light-years removed from its roots even ten years hence. If you dislike hard lines and prefer something a little smoother, then you’ll like the Hyundai Sonata’s “fluidic design”. On the other hand, maybe you’ll like the more classic European design in the Kia Optima, by Audi designer Peter Schreyer. Perhaps another small difference would be parts availability, as Kia has a much smaller distribution. Between the two, while neither was built as a race car, most note the Optima handles just a touch better in turns, with slightly more realistic steering response and less body roll.

No matter what you pick, a used Hyundai Sonata or used Kia Optima, either one will provide years of reliable performance, and at a great value, something that not every automaker manages to deliver.