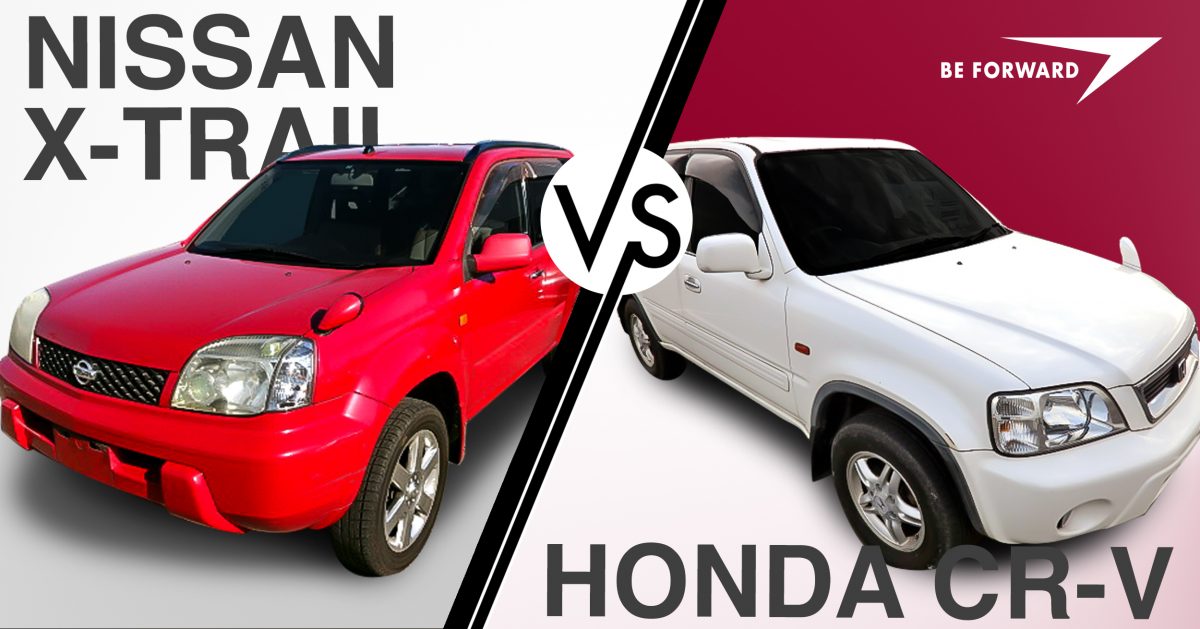 With so many compact crossover SUV offerings on the market today, buyers can be hard-pressed to make a definitive decision as to which is best for them. To help you we would like to feature two outstanding offerings within the compact crossover group, the Nissan X-Trail and the Honda CR-V, in this car comparison review.

It’s true that the Nissan X-Trail and Honda CR-V are the most sought-after SUVs on the market, so you really can’t go wrong. But depending on your needs, geographical demands and budget, it’s important to know if the X-Trail or CR-V is better for you.

Nissan X-Trail vs Honda CR-V: Which Is Better?

The X-Trail and CR-V are two massively popular SUVs. What are their biggest differences? We break it down to help you make the best buying decision.

Each of these models has been in manufacture for several years over multiple generations. To make our information a bit more to the point, we will concentrate on providing a short history of each, then we will focus on the second generation of the X-Trail and the third generation of the CR-V. Those generations cover the units built between 2007 and 2012; the model years that are most widely available for export.

Nissan unveiled the X-Trail at the Paris Auto Show in September of 2000 and sales commenced in the Japanese market just one month later. The Nissan X-Trail replaced the venerable Nissan Rasheen.

The X-Trail has steadily grown in every dimension, with the third generation classified as a mid-size crossover instead of a compact. The X-Trail is only available in selected markets around the globe and is situated between the Nissan Xterra and the Nissan Pathfinder within Nissan’s hierarchy.

As you can imagine, the CR-V has evolved quite a bit since those early vehicles became available. Let’s have a look at the third generation CR-V, shall we?

A hallmark of both the Nissan X-Trail and Honda CR-V are their excellent engine performance and fuel-friendly consumption rates. Let’s take a look at these areas specifically to see how these two crossover SUVs compare.

The single diesel engine is a 1,995 cc M9R capable of 148 bhp and 340 N-m of torque. All of the engine options in the Nissan X-Trail are known for their long-term reliability, low-end torque, and rapid response to the accelerator. As an added bonus, the X-Trail is available with front-wheel drive or four-wheel drive.

With a used Nissan X-Trail, you can expect a slightly better average fuel consumption rate than the CR-V, coming in at about 10.6km/L city and highway combined.

It also offers outstanding fuel consumption for the class. The lone diesel offering is a 2,204 cc i-CTDI featuring a variable-nozzle turbocharger. This engine produces 140 bhp and 340 N-m of torque. This engine is well known for its longevity and outstanding fuel economy, which will offer you an average of around 10.5km/L city and highway combined.

As impressive as the X-Trail and CR-V are under the hood, they offer equally exceptional value from the perspective of their interior, as well as how well they can match your budget. Now, let’s compare the interior features of both vehicles, along with the used prices you can expect to pay for them.

Inside, the Nissan X-Trail offers a high driving position thanks to its taller stance. The added girth of the second generation offers front passengers much more headroom and legroom. Second row passengers will enjoy the additional legroom, but the optional third row of seating suffers from diminished headroom. As the third row is usually occupied by children, this is not as large an obstacle as it seems on first brush. One aspect of the X-Trail that most buyers will enjoy is the massive boot area.

Additionally, the boot floor flips and folds into nine different positions, underneath which is a bonus storage area. The standard seats are soft velour, but some posh leather is available in the upper trim levels. Thankfully, Nissan did away with the cheap-feeling plastics found in the first generation of the X-Trail. You can find an easy-to-use touchscreen on the centre stack and Bluetooth connectivity as you move up the trim lines.

As you move inside the third generation Honda CR-V, you will find spacious passenger and cargo areas, straightforward controls, and nifty family-friendly features. As you move up the trim levels, you can find many more technology upgrades than are found in the Nissan X-Trail.

Some of the interior features and tech options available in the third generation CR-V are full power accessories, air-conditioning, rear tinted glass, a dual-level cargo area, steering-wheel audio controls, along with other key optional features in upgraded models, as seen below.

For the used car market, the Honda CR-V can be found at a somewhat better price than the X-Trail. You can grab a used Honda CR-V in great condition at BE FORWARD for between $700 and $12,000.

When you compare the Nissan X-Trail and the Honda CR-V, you will find that the Nissan X-Trail offers a lower purchase price, but fewer creature comforts. That lack of interior options is offset by a great ride, outstanding handling and a quiet cabin.

The Honda CR-V offers many more options as you move up the trim levels, but is often higher priced than the X-Trail. The additional creature comforts are offset by a smaller cabin space and more cabin noise.