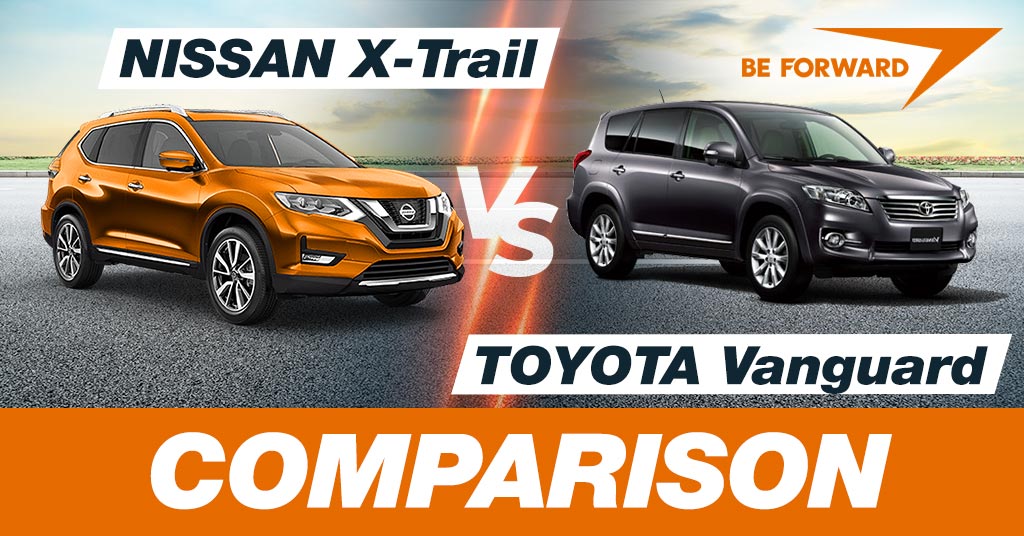 The X-Trail has a modern cabin that is well-appointed, comfortable, and spacious. It’s available in five or seven seats that are comfortable and offering sufficient legroom for all passengers. The mid-row of the 7-seater offers enough legroom and headroom enough to fit three 6-foot adults comfortably. The third row is a bit short when it comes to legroom.

The center console has a five-inch multimedia screen that doubles a satnav, surround-view camera screen in some models. Behind the gear stick, there are two cup holders with warming and cooling options, another two cup holders are found on the center armrest of the second row (these do not have the cooling and warming function). Apart from the cup holders, you also get six-bottle cup holders, two on the sides of the front doors, two in the middle, and two at the rear.

When it comes to storage space, the X-Trail is not any shy. It has 550-liters of luggage space and underneath the luggage area, there is a ‘Divide-N-Hide’ boot floor with 18 configurable ways.

The third-generation X-Trail is curvaceous and sleek compared to the previous generation’s boxy body. This third generation of the X-Trail features chrome highlights and curvy lines that give it a Murano ish look. It comes with 17-inch alloy wheels as standard. At the front, it features Nissan’s trademark chrome v-motion grille with automatic LED headlamps.

The X-Trail has a number of safety features, but apart from that, it also received a good crash test rating. Some of the safety features fitted on the X-Trail include Antilock Brake System (ABS), Electronic Brake Distribution (EBD), traction control, and stability control as standard. The high-end trims feature some more advanced safety technologies such as blind-spot assist and rear cross-traffic warning.

The interior of the Vanguard is spacious, with finishing touches that have a taste of luxury. When it comes to the Vanguard, there is a choice of either 5-seats or 7-seats. Both options offer enough legroom front and mid-row seats, while the rear seats are not ideal for adults. The seat upholstery features a combination of Alcantara microfibre and leather that adds a luxurious feel to the interior.

The easy-to-read instrument panel of the Vanguard has three overlapping round meters with the bigger one at the center which is the speedometer, to its left is the tachometer (RPM) and to its right, you find the fuel gauge and coolant temperature gauge. Also within the speedometer, there is a small digital display that displays gear selection, and trip meter (odometer).

At the top of the center console, there is an AM/FM/CD and  MP3/WMA compatible player, with a 7-inch display that also serves as the rear-view camera display and an audio auxiliary input jack with six speakers, and a roof-mounted antenna which is standard on all Vanguards. Below the radio, there is a digital clock, followed by A/C, fan, and airflow direction control buttons.

The Vanguard’s exterior is attractive and catchy. The Vanguard just like its sibling RAV4 is very well-rounded with smooth edges and curves that enhance the car’s elegant look. Standard Vanguards come fitted with 17-inch alloy rims.

The Vanguard has big contoured headlights that blend well into the grille, the driving lights are placed on the edges of the bumper and sit quite further back for safety and great looks, while the rear taillights are perfectly blended with the back end. Its side mirrors have turn signals (in some models) and are painted giving them a nice flow with the body lines.

The Nissan X-Trail now in its third generation has been privileged to host several engines over the years, with almost every generational release featuring new engines.

The First-Generation X-Trails are sold with one of the engines below.

These engines were mated with either a 4-speed automatic or 5 and 6-speed manual.

The Second-Generation X-Trails are sold with one of the engines below.

These engines were mated to a 6-speed manual, 6-speed automatic, or CVT transmission.

The Third-Generation X-Trails came fitted with the choice of the engines below.

The Toyota Vanguard has two versions, the 240S and 350S, and had only two engine options as listed below.

The Nissan X-Trail and Toyota Vanguard are both two great cars, they both offer the optional 2 seats enabling them to accommodate 7 passengers, their ride qualities on and off road is absolute fun for a car in their stature. The only thing that separates these cars and giving one an edge over the other is fuel economy and power. The X-Trail has an edge over the Vanguard when it comes to fuel economy with its 1.3-liter HR13DDT offering up to 22.11 KM/L, while the Vanguard has an edge over the X-Trail when it comes to power with its 2GR engine offering up to 280 HP. It all depends on the buyer. If you want more kilometers per liter then the X-Trail is the go-to car, but if you want more power then the Vanguard will be proud to serve you.

ALL NISSAN X-TRAIL FOR SALE