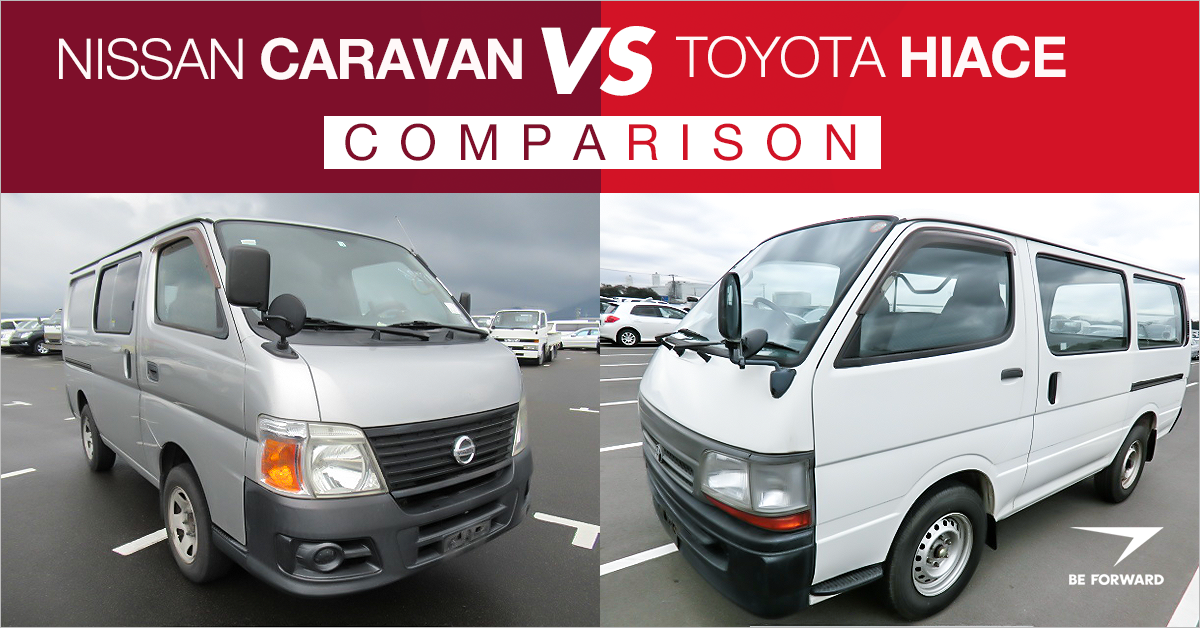 Designed as light commercial fleet vehicles, both the Nissan Caravan and Toyota HiAce vans certainly look the part, with simple and functional design features, making them useful and practical. Looking at the two vehicles, you may notice that they share a similar boxy shape, made to maximise interior space for cargo, whether that cargo is goods stacked on pallets, or passengers. But with all these similarities, what sets these two vans apart? We take a closer look in this Nissan Caravan vs. Toyota HiAce comparison review.

The cab-over van design makes for a highly manoeuvrable vehicle, yet does present safety challenges for both vehicles, since the driver sits basically right on top of the engine and front wheels. The flexibility of the two platforms has made these two vehicles essential equipment for many companies. Whether the vehicle is being used domestically or abroad, new or second-hand, it is found that these vehicles are most commonly put to use as people movers (a term used for vehicles used for transporting large groups of people). 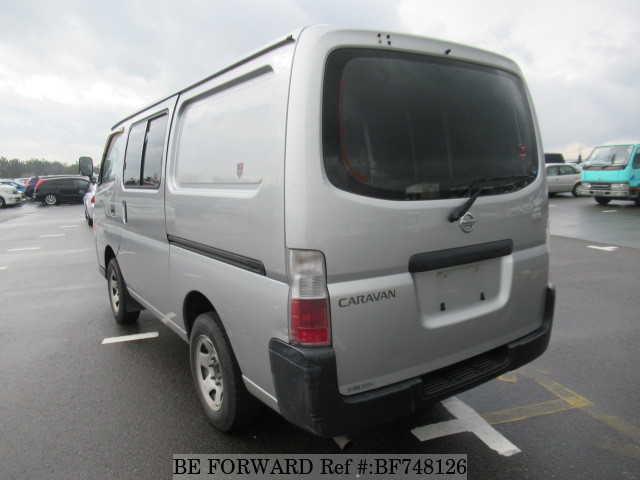 Above: Rear of a used 2006 Nissan Caravan

The most common are the 2.7ℓ turbo-diesel i4, generating 96kW, and the 3.0ℓ i4 turbo-diesel, generating 90kW, respectively. The five-speed manual transmission is most commonly set up for rear-wheel drive, but you can find some four-wheel drive Nissan Caravans out there. The Nissan Caravan carries up to 12 passengers, which makes for a great people mover, but can also be useful as an ambulance or cargo van. 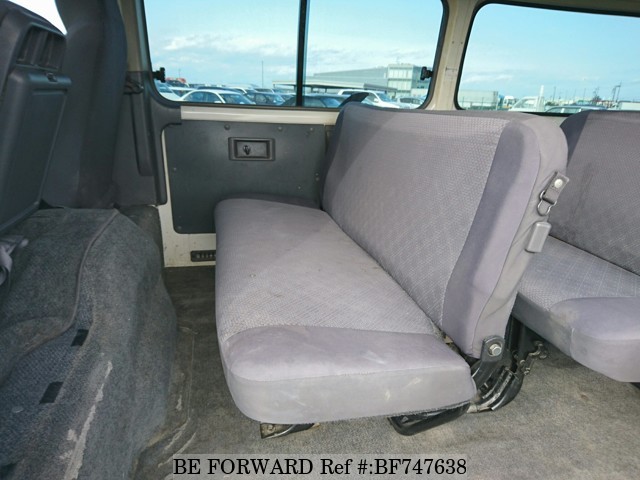 Above: The interior of a used 2011 Nissan Caravan

Having somewhat of a late start in the 1970s, the Nissan Caravan model has been slow to develop over the years, for example the E24 series is still in production in Kenya, practically unchanged since its introduction in 1986. Even when Nissan came around to developing the E25, in 2001, it hadn’t taken advantage of the extra engine power by expanding interior space. In a few years, when the E26 Nissan and NV350 Caravan filter down to the secondary and export markets, expect to see further improvements in interior space and passenger comfort. 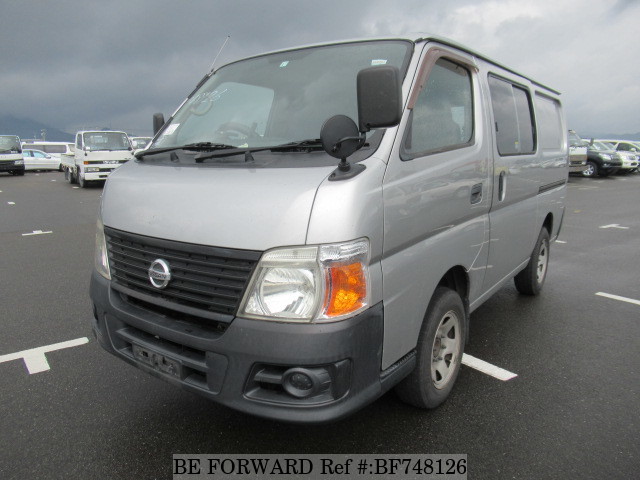 The Toyota HiAce traces its history back to the late 1960s, with the introduction of the first HiAce cargo van, passenger van, and pickup truck. These were built for heavy-duty work, featuring economical and reliable engines with suspension systems to match. Part of the reliability has to do with HiAce’s simple design which, interestingly, has led to it being one of the most-stolen vehicles in Japan, since it also lacks an engine immobiliser. 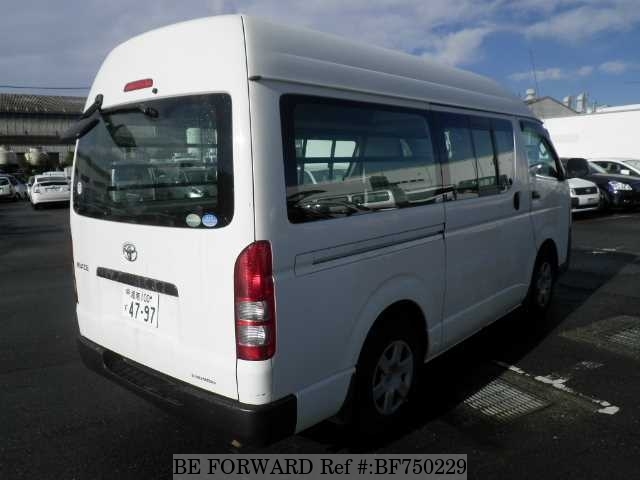 In the 1990s, the pickup was dropped, leaving Toyota HiAce only in van configurations. The fourth generation H100 HiAce vans were produced until 2004 (for the 2005 model year), was later replaced by the fifth generation H200 HiAce van. The H100 was supplied with a variety of engine options, including gasoline, diesel, and turbo-diesel. The transmission was paired with either a five-speed manual transmission or an optional four-speed automatic transmission, and was also available with four-wheel drive. 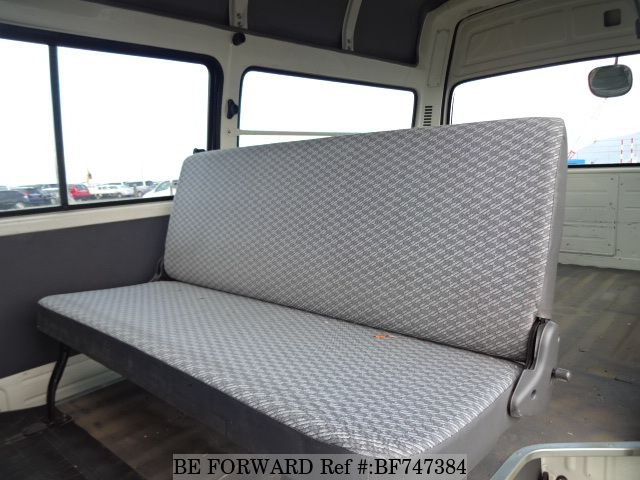 The H200, produced in seven countries, is also known as the Ses’fikile or Quantum in South Africa. It comes equipped with i4 engines running petrol or diesel fuel, from 2.0ℓ to 3.0ℓ, ranging in power output from 67kW to 126kW, commonly paired with a five-speed manual transmission, with optional four-speed automatic transmission or four-wheel drive. Additionally, the Toyota HiAce H200 also moved the shift lever to the dash for easier access. 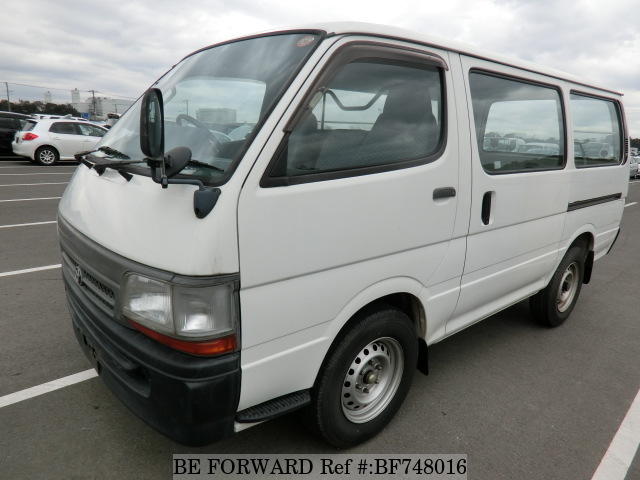 Nissan Caravan vs. Toyota HiAce: Which is the Better Choice? 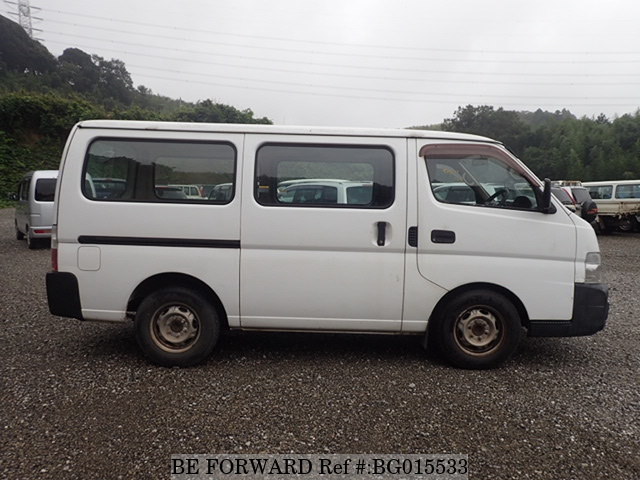 Above: Side of a used 2003 Nissan Caravan Van

For nearly a decade, the Nissan Caravan has outsold the Toyota HiAce, for a couple of reasons: engine power and price. It is true that Nissan outclasses Toyota in the most commonly found models, which makes for good short-term sales. The Nissan Caravan’s E25 model was also granted an ANCAP (Australian New Car Assessment Program) Five-Star Crash Safety Rating, whereas the Toyota HiAce H200 was only granted a Four-Star rating. 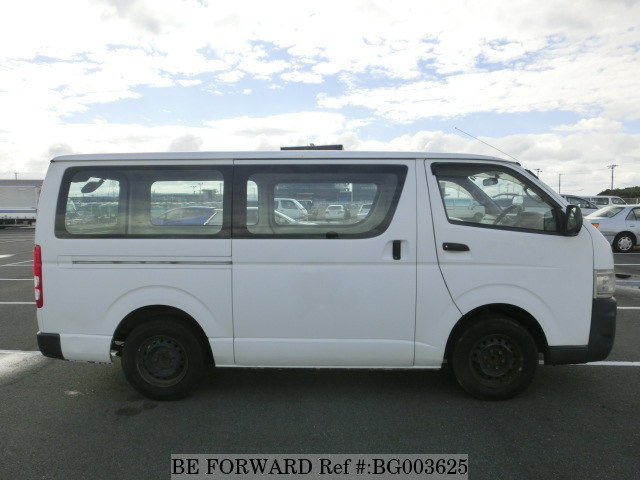 On the other hand, there is practically no other brand on the planet that can compete with Toyota’s record of reliable engines and transmissions. The Toyota HiAce typically runs at a higher price than the Nissan Caravan but, as always, you get what you pay for. With proper maintenance, Toyota engines last longer and are more efficient. Additionally, as a people mover, the HiAce is more comfortable for passengers, thanks to better suspension characteristics and more interior space.

Looking for even more vans to compare? Be sure to check out out Top 3 Best-selling Commercial Vans and 5 Used Toyota Vans to Transform Your Business articles for even more information on what vans could be the best choice for you.