Skip to content
TOP  >  Car Comparison  >  Sedan vs Coupe - Which is Right for You? 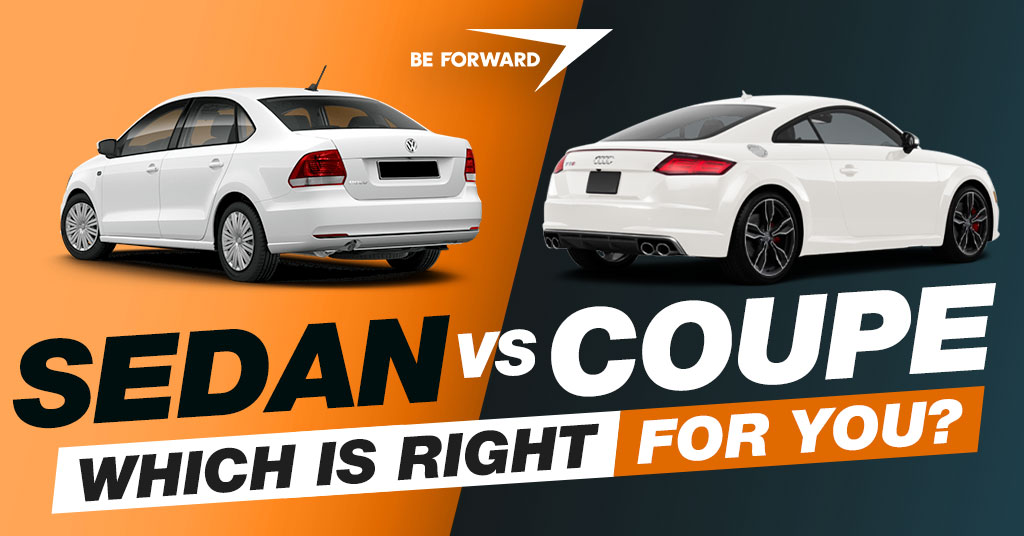 We already talked about the body style of sedan and hatchback, SUV and minivan, now we are going to tackle the difference between sedan and coupe. In terms of similarities, sedans and coupes have much more to offer than the previous body style. They almost look alike and some people almost consider them the same. But they are not the same, they differ in many attributes and qualities that if you look closely it will be so easy to determine them one by one.

So, what is a sedan? What is a Coupe? And what are the differences between the two body styles?

In this article, we will get to know them better and understand which is right for you.

The Differences Between Sedan And Coupe

Sedans and coupes are two of the world’s most known and oldest body styles used in the automotive market. They are so popular that others can’t tell the differences between the two but because of the evolution of the car designs and styles, it became easier to tell them apart from each other. We can see that the normal sedan has a three-box design: the engine area, cabin, and booth space. The sedan has four doors with a longer body, shorter doors, and windows for a more balanced look. It prioritizes the luxury and comfortability of the occupants that can accommodate five passengers with enough headroom and legroom and also offers large booth space for the luggage.

The coupe has the same three-box design as the sedan: engine compartments, cabin, and booth space with two doors. It can accommodate four passengers with its 2+2 seating layout but doesn’t have much cabin space nor legroom at the back seat and limited booth space for small luggage only. The coupe has a lighter weight and shorter body than the sedan with long doors and windows to emphasize its sportier nature. Due to its sporty performance, it has better handling and a great high-speed engine than the sedan.

Toyota Prius sedan is the world’s first mass-produced gasoline-electric hybrid car available in front-engine, front-wheel-drive drivetrain. It is a four-door car that was first released in 1997 and is divided into two models: the NHW10 which was marketed solely in Japan while the NHW11 is introduced in the global market. Both have a 2550 mm wheelbase and a large cabin that can accommodate five passengers. The NHW10 is equipped with a 1.5L 1NZ-FXE DOHC straight-4 petrol engine with a 288V Electric motor while the NHW11 is fitted with a 1.5L 1NZ-FXE DOHC straight-4 VVT-i petrol engine with 273.6V Electric motor.

Top 3 Coupes in BE FORWARD

Honda CR-Z is a two-door sport hybrid coupe with a 2435 mm wheelbase and 2+2 seating layout with a hybrid gasoline-electric drivetrain. It was first released in 2010 and offers impressive fuel efficiency, luxurious style, and great high-engine performance. It is fitted with a 1.5L LEA SOHC i-VTEC combined with Honda’s Integrated Motor Assist hybrid-electric system and a six-speed manual or CVT generating power of 130 hp and torque of 140 lb-ft with average fuel consumption around 19.4 km/L – 21.6 km/L.

Audi TT coupe model is a 2-door sports car with a front-wheel / all-wheel-drive layout first introduced in 1998 and is also available in a 2-door roadster and 3-door hatchback layout. It has a 2+2 seating format fit for two persons at the front and small passengers or small cargo at the back seat. It is powered by naturally aspirated or turbocharged engine models: 2.0L TFSI straight 4 and 1.8L FSI straight 4 turbocharged attached to a six-speed S Tronic automatic or six-speed manual transmission.

Now that we understand the differences between the coupe and sedan, it’s time to choose which body style is right for you. But bear in mind that it all depends on your preferences, your lifestyle, your needs, and of course your budget price. If you want a car with a much better cabin and booth space, then the sedan is for you. You can enjoy the features, convenience, and comfortability it can offer. However, if you prefer a more adventurous car with sporty nature, then choose the coupe. Though it lacks the amenities that the sedan offers, you can still enjoy the speed and powerful performance that the coupe can give. Whichever you choose, both models can give an amazing and enjoyable ride.