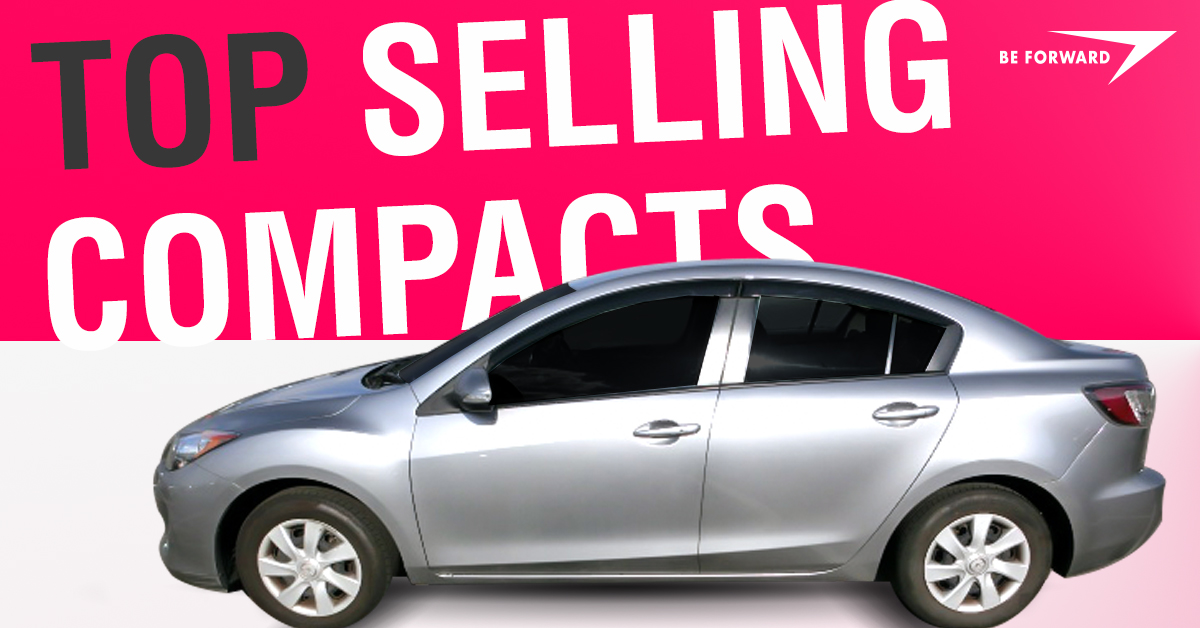 Despite plummeting oil and petrol prices, many of the best-selling cars across the world are compact saloons and hatchbacks. The strong sales in what many would predict to be a down market for small cars may well stem from the lower price tag, as well as  improved quality, styling, and safety across the class. Whatever the reason may be, sales are pushing record levels. Here, we take a look at 5 of BE FORWARD’s best-selling compact cars. 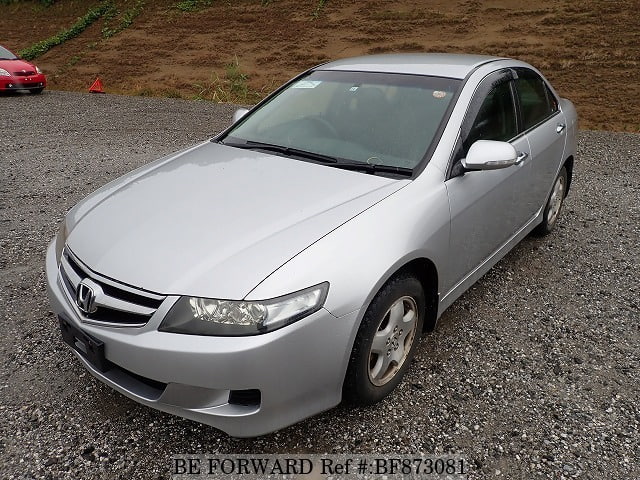 The Honda Accord comes in at number five on this list. The Accord has been in constant production for nearly four decades and is the largest saloon that Honda produces. Despite its size, it is very fuel efficient; offering owners up to around 14.5 km/l. The Accord has been named to Car and Drivers ”10 Best” list a record setting 29 times. An example of a popular Honda Accord range is the 2015 model, which is part of its ninth generation. 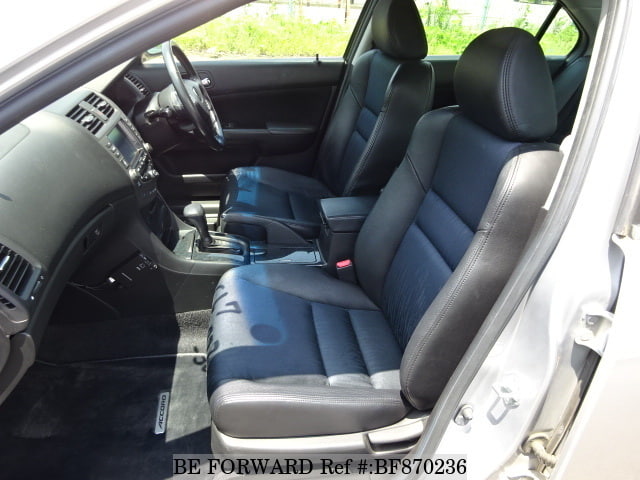 Above: Interior of a used 2003 Honda Accord

In this generation all Accords feature a 203 mm LCD screen that offers 480 x 320 pixel resolution, a single-angle backup camera, and Honda’s i-MID system. In addition to its great standard features and fuel economy, the 2015 Honda Accord has received top safety ratings in North America, Europe, and across Asia. 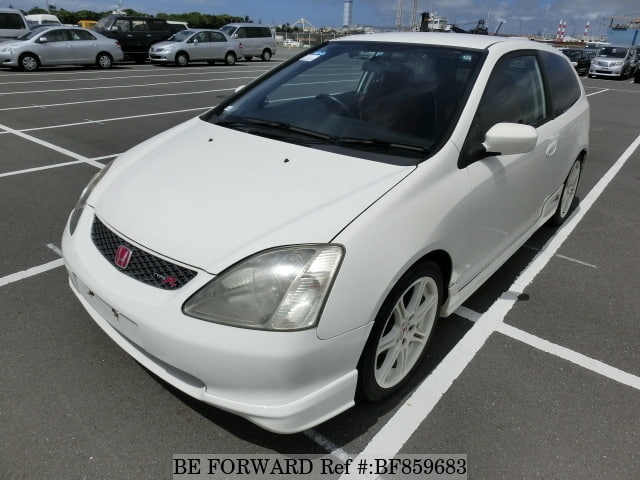 In 1972, Soichiro Honda introduced the Honda Civic to the world. The car immediately reversed Honda Manufacturing’s flagging sales, allowing the company to stay in the auto manufacturing business. The 2015 Honda Civic is the last year for the ninth generation Civic. The tenth generation has already been revealed at auto shows around the world. Despite being the last model of the ninth generation, the Civic is still one of the best selling cars in many markets. 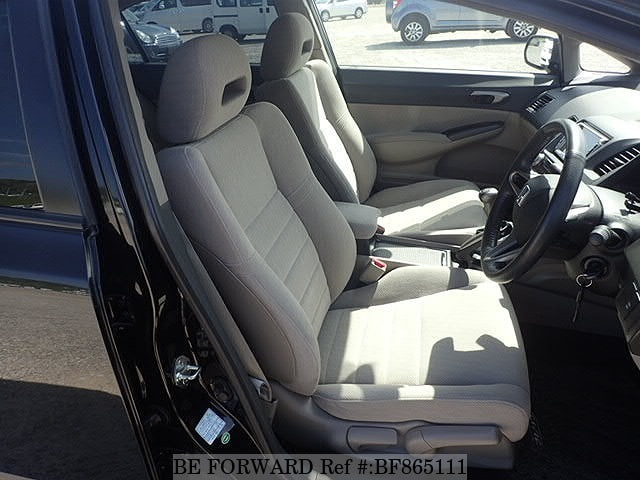 Above: Interior of a used 2009 Honda Civic

The Civic offers many perks to its owners, including: fuel economy of roughly 15 km/l, best-in-class safety, curb appeal, and a roomy interior. The 2015 Civic features Honda’s proprietary Eco Assist technology, an information system that helps drivers adopt a more fuel efficient driving pattern. Studies conducted in Japan have shown that the system increases the fuel efficiency of the Civic Hybrid by ten percent. 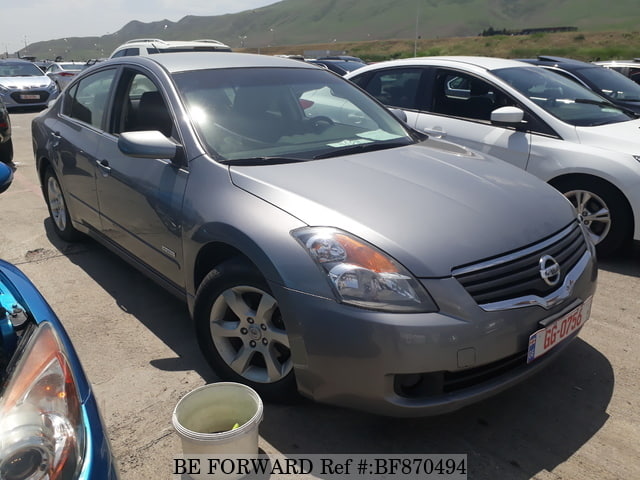 Although many would consider the Nissan Altima to be a mid-size car, the coupe version falls into the compact class. The 2015 Nissan Altima is part of the fifth generation. For the fifth generation, the Altima grew in size, but shed 55.5 kg, allowing it to be more fuel efficient. The weighed loss was achieved by increasing the use of high strength steel and aluminum in the bonnet, boot, and roof. 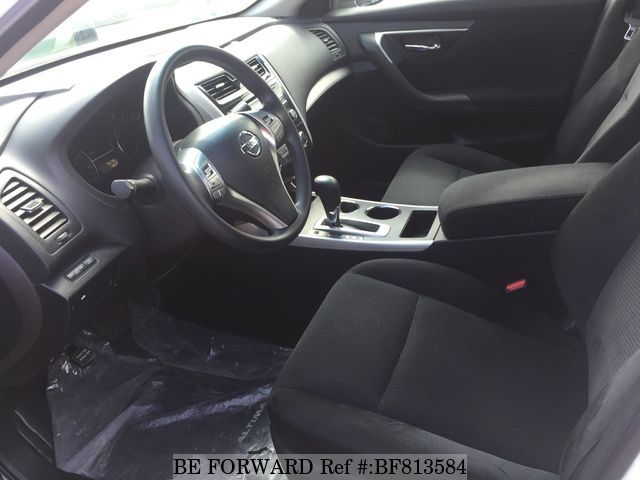 Above: Interior of a used 2015 Nissan Altima

This clever use of materials allows the 2015 Altima to achieve fuel efficiency of up to around 16.1 km/l. In many side-by-side comparisons, drivers preferred the Altima over the Honda Accord and the Mazda6 due to its roomy cabin, superior handling, and reduced road noise. When you add the Altima’s consistent high marks for safety, you can see why it ranks higher than either Honda offering. 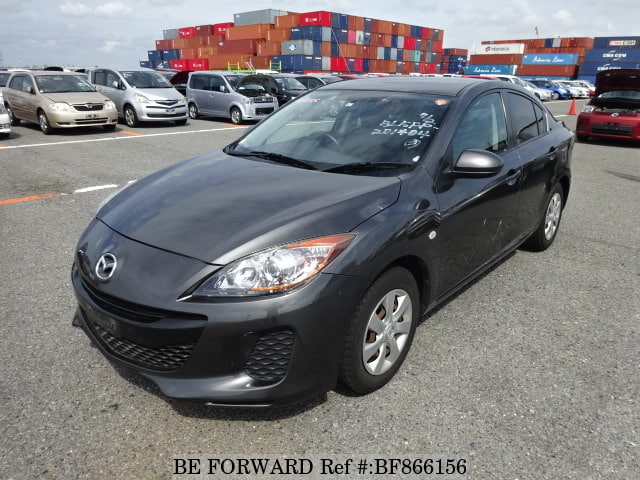 The Mazda Axela, also known as the Mazda3, is fourth on our list for many reasons. Topping the list is its strong sales around the world. In addition to strong sales, the Mazda3 delivers aggressive styling, great fuel economy, dependability, and class-topping safety. The Mazda3 is powered by a number of fuel efficient SkyActiv engines. The petrol variations include a 1,496 cc, a 1,998 c, and a 2,488cc variant. There is a a turbo-diesel engine available in some markets. 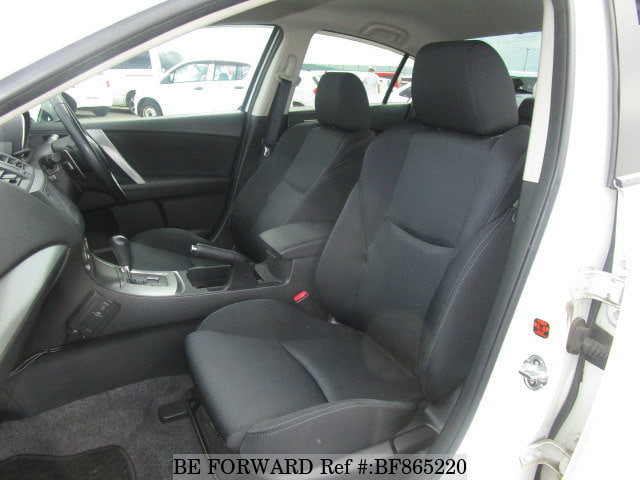 Above: Interior of a used 2011 Mazda Axela

The entire engine series offers superior fuel economy. For instance, when the 1,496 cc engine is paired to the six-speed automatic transmission, it delivers 17.5 km/l. Motor Trend magazine has said that; ”The Mazda3 is fun to drive and feels light on its feet with a lively chassis. Steering is linear and nicely weighted, with the best feedback of the bunch[of compact cars tested].” Unfortunately for the 3, its interior is becoming dated, preventing it from being in the number one spot. 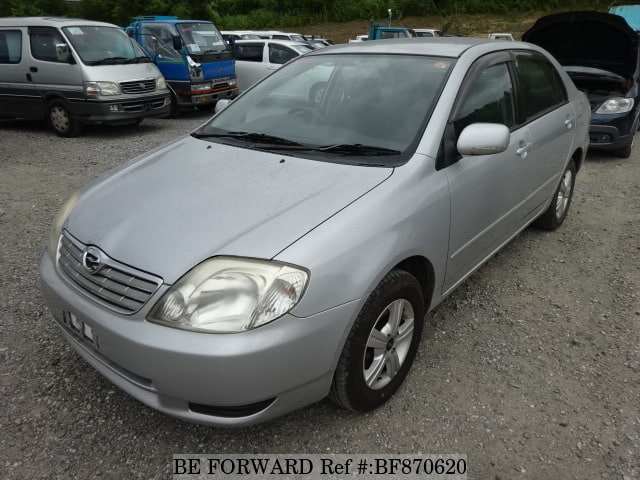 Toyota sells more vehicles around the world than any other auto manufacturer. Since one of its best selling cars is the Toyota Corolla, it stands to reason that the Corolla would make the top of this list. Currently in its eleventh generation, the Corolla has been in continuous production since 1966, giving it one of the longest production runs in automotive history. It is also the top compact of 2015 in sales, reliability, and owner satisfaction. In Japan, the Corolla is sold as the Corolla Axio and the Corolla Fielder. Both are smaller than the international version, allowing drivers to negotiate the tighter alleyways and parking structures of its home nation. 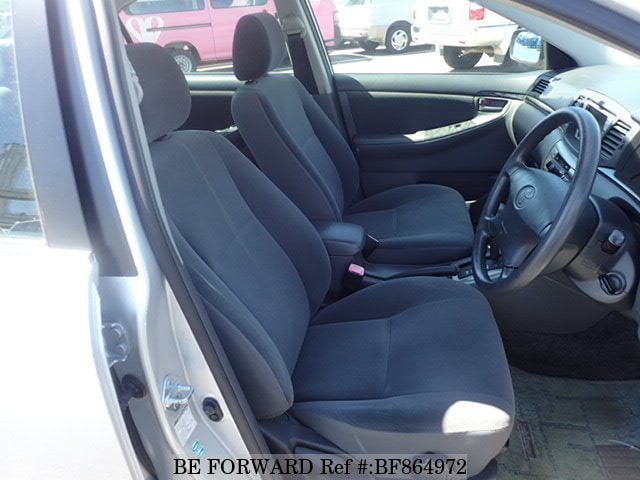 Above: Interior of a used 2002 Toyota Corolla Sedan

The Axio and Fielder can be equipped with a hybrid drive system that is capable of up to 33 km/l. The international version, built on the E170 platform, is heavier and larger than the Japanese version, giving it a wider appeal in other markets.The Corolla was restyled in 2014, offering a more aesthetically pleasing stance. The refreshed interior offers a new sense of style not generally associated with Toyota’s compact offerings, and the user-friendly touchscreen and automatic climate control add to the driver engagement aspect of the Corolla. Toyota added rear seat legroom for this generation, giving the rear passenger compartment a cavernous feel. When you add fuel efficiency that tops 16 km/l and extraordinary crash test scores, you can see why the 2015 Toyota Corolla is a true global contender.

Looking for even more compact, medium-, or large-sized cars? Click or tap the button below to browse BE FORWARD’s current selection of high-quality and low-cost used vehicles.