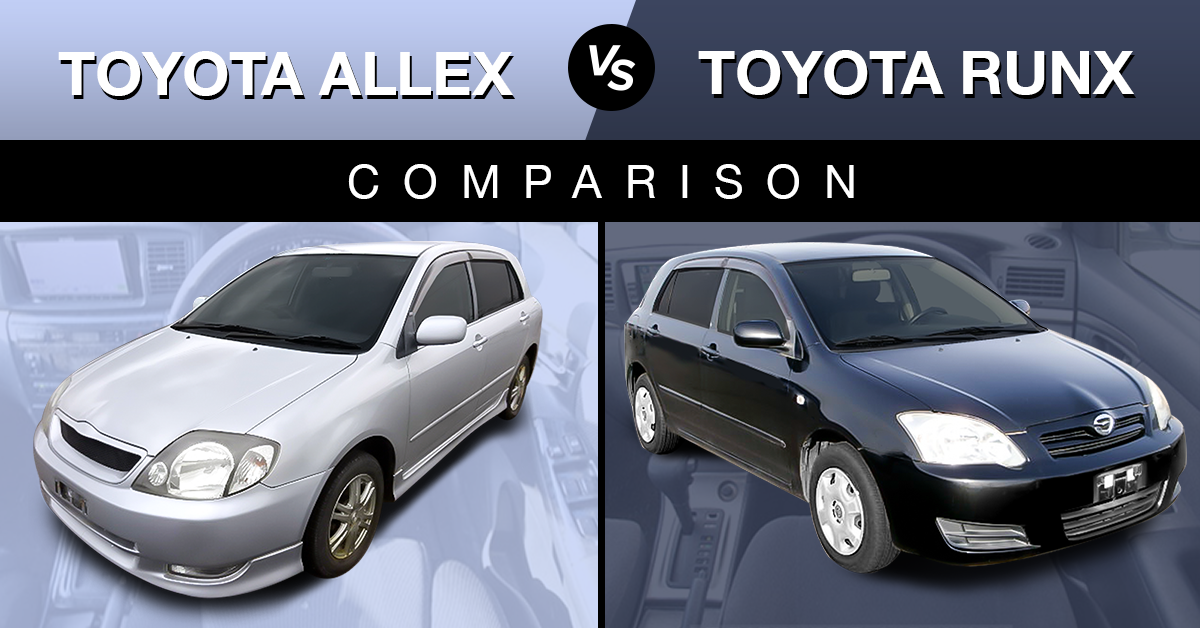 A used Toyota hatchback is not only a great economical option for couples or single drivers, but also for small families looking for an easy-to-drive car with a fuel economy that is light on the wallet.

However, with a large range on the market, it can be difficult to compare the differences between similar hatchbacks to find which is best for you. In this car comparison review, we take a closer look at the Toyota Allex and Toyota Corolla RunX, two popular Toyota hatchback vehicles, to see what sets them apart.

Before we get down to business, let’s take a look at a quick comparison to see which aspects of the Allex and Corolla RunX will be the main focal points of this match-up.

*Prices based on March 2018 average BE FORWARD pricing.

The Toyota Allex was initially developed as a successor to the Toyota Sprinter, a Toyota Corolla model. The styling of this chic hatchback was developed to meet the tastes of the European market, and this can be seen from both its stylish interior and exterior designs.

The Allex is a moderate-sized car, with body size measurements coming in at 4,175mm in length, 1,695mm in width, and 1,470mm in height, making it an ideal size for maneuvering easily through urban streets and coasting on highways. In 2002, and again in 2004, the Allex was further refreshed to sport new stylistic interior and exterior designs, with its first generation lasting up to 2006.

The Toyota Corolla RunX is another quality hatchback that began production at the same time as the Toyota Allex. Similar to the Allex, its designers adopted the popular interior and exterior stylistic features often seen in the European market across the line of Corolla RunX vehicles. Although an almost identical sister model to the Allex, the Corolla RunX has a variety of minor design differences, like the design of its front grill.

The RunX is solid and sturdy, with its body dimensions equal to those of the Toyota Allex. Again, like the Allex, the Corolla RunX received a minor interior and exterior facelift in 2002 and 2004, respectively, with the first generation existing until 2006.

Based on BE FORWARD’s 2018 listings, a used 1st generation Toyota Allex ranges between $1,100 to $2,700, while a used 1st generation Toyota Corolla RunX Ranges between $1,000 to $2,900. While both are offered at roughly the same price point, those with a lower budget may find the Allex a better choice. However, there is no significant difference between the purchase price of these two cars.

We’ve mentioned before that these two Toyota hatchbacks are known for their European-inspired styling, so let’s take a look at how they differ from each other both inside and out with a side-by-side interior and exterior comparison.

The Toyota Allex offers a large amount of internal space, making it roomier in comparison to the Corolla RunX. The Allex offers 5 seats, 5 doors, and a wheel base of 2,600mm, along with a ground clearance of 160mm and vehicle weight of 1,200kg. The car is equipped with a number of useful standard features including power steering, airbags, power windows, air conditioning, radio, and rear spoiler.

Additionally, the car is also fixed with an anti-lock braking system that prevents the wheels from locking up and skidding while in motion. the model’s exterior is elegantly designed, with big headlights, stylish trimmings, and a large, bold front grill.

The design and features of the Toyota Corolla RunX reflect the good reputation the model has within the market, particularly in its homeland of Japan. It is lightweight, at around 1,080kg, due to being manufactured with high-tensile steel, making it easier to control in places like highways compared to the Allex.

The Corolla RunX has a 5-door hatchback and can fit up to five people, and each model is fitted with air conditioning, integrated radio/CD player, and four-speaker system with a multi-function speaker. The model has high-quality front, passenger, and driver airbags that enhance its overall safety, along with wide seats that offer a large space for legs and arms. Similar to the Allex, the Toyota Corolla RunX offers an exterior injected with European flavour and finesse.

Next to price, a major point of concern for car buyers in the market is that of a vehicle’s fuel consumption and performance. Now, let’s have a look at how the Allex and Corolla RunX stack up against each other in the areas of engine performance and fuel efficiency.

The Toyota Allex has a serial 4-cylinder engine, with an average combined fuel consumption of around 15.5km per liter. Its average engine model is 2ZZ-GE with a maximum power of 139.75 kW, and it has a fuel tank capacity of 50 liters with an engine displacement of around 1496cm3. The Allex also has a multi-point injection fuel system, with its main fuel type being petrol. 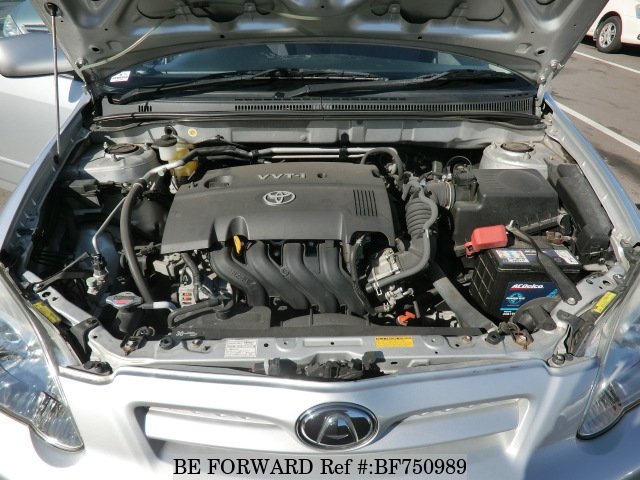 Engine of a used 2005 Toyota Allex

Compared to the Allex, the Corolla RunX offers power steering with a slightly more sports-car-like performance. The model runs on 190 horsepower at a capacity of 1,795cc, with an inline four-cylinder engine. It offers a 50-liter tank capacity, which has an average combined fuel efficiency of around 11.1km per liter. Thanks to its lighter weight, the Corolla RunX has a top speed in the range 150 to 235km per hour. 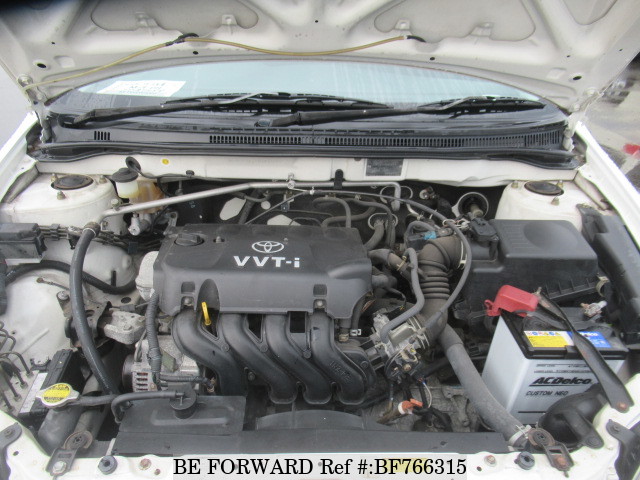 Although both the Toyota Allex and Corolla RunX share many similarities, the main difference between these cars is their size. The Allex offers a larger amount of space, therefore making it recommended for growing families and their day-to-day. However, with a larger size comes a heavier weight, meaning that for those looking for a zipper hatchback, the Corolla RunX may be the better choice.

When comparing features, the Toyota Allex also offers better cruise control capabilities than the Corolla RunX, bringing about a better balance between engine power and fuel economy. However, the Corolla RunX is preferable to drive within particular road conditions, due to its slightly improved overall traction and slip differential over the Allex.

In all, while these two popular Toyota hatchbacks offer many similarities, their smaller differences may be the deciding point for purchasing. For families after a safe budget hatchback the Toyota Allex may be the wiser choice, while for those who are fonder of speed and exploring different road conditions the Toyota Corolla RunX is a solid option. In either case, you can rest assured you will be buying into Toyota’s signature quality.