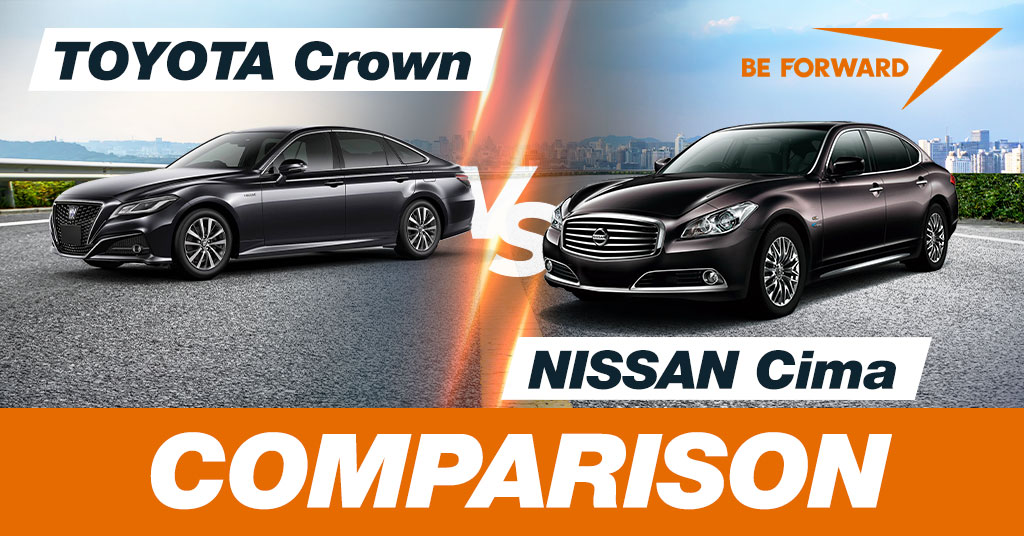 A comparison between Toyota Crown versus Nissan Cima makes perfect sense because these sedans share comparable features. The superbly made Toyota Crown and Nissan Cima are part of the best-selling sedans.

These cars are good for family affairs thanks to comfortable seating options, roomy interior, and high-end cabin features. Since both vehicles offer plenty of power, they are great for family vacations and long trips.

N.B: Prices are reflective of average BE FORWARD prices as of April 2021.

The Toyota Crown is getting better and better and there’s no argument that it’s one of the best Japanese luxury cars. The latest generation that was launched in late 2012 is perfect and it is a leap forward with an innovative exterior design and a flawless interior that competes with the world’s elite.

The Toyota Crown has a very plush interior that is comparable to the Mercedes Benz E-Class. The cabin is actually superior in size and offers great space. The seats are made of the best leather similar to what you find in many high-end German automobiles. At the front, both driver and passenger are given brilliant legroom.

At the back, there is sufficient space on the outer seats to entirely stretch and recline. The cabin is so quiet that you hardly hear the engine or exterior noise.

The cargo space is enough to afford normal family luggage such as suitcases and groceries but nothing bulky. The boot does not expand as the rear seats do not have a fold-down mechanism.

Nissan Cima is an executive and full-size luxury car produced by Nissan for the Japanese market only. The hood decoration uses an icon of an acanthus leaf. The acanthus leaf was commonly used by the usual Greeks to make a wreath for use as a crown.

In Japan, the Nissan Cima has usually been Nissan’s rival to the Toyota Crown Majesta and Toyota Crown Royal Saloon G.  The Cima is a 4-door hardtop Sedan that was produced from 1988 to the present.

The Nissan Cima has a spacious interior with quality materials and large boot space and an easy-to-use infotainment system.

There are many storage sections in the cabin. There is a small section with a cover that is appropriate for storing small items such as rings and coins, and then it is followed by a storage section that also serves as a hand rest.

Also, there are suitable sections for storing items such as smartphones, goggles, beverages, handbags, etc.; at the front, there is a central storage tray, a shelf below the dashboard, 2 cup holders, and door pockets. At the rear, there are 2 cup holders, storage on the door pockets, and the front seat jacket pockets.

The Nissan Cima has a large boot, larger than Toyota Crowns. The boot space is wide and flat, making it simple and easy to put in a couple of sets of golf clubs or a few carry-on bags. Some trims have a 6-disc CD changer in the trunk. The cargo space is enough to accommodate normal family luggage such as suitcases and groceries but nothing bulky.

The 2.5L Hybrid petrol has an approximated fuel consumption of 23.2km/L. 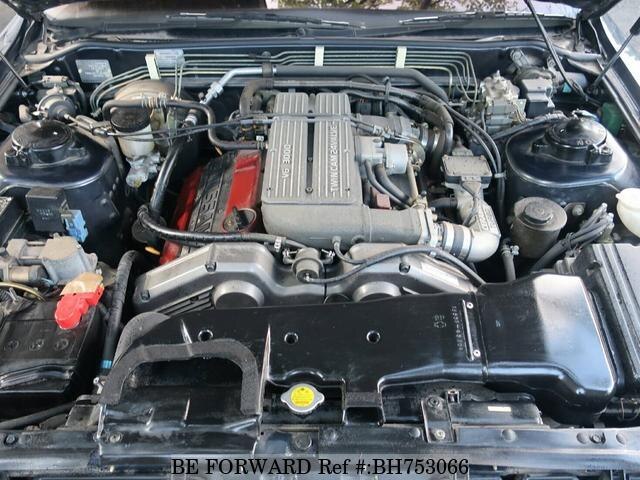 Nissan Cima F50 and some older versions transferred power to the wheels via a five-speed automatic or the old four-wheel automatic transmission.

The 3.0L VQ30DET turbocharged V6 petrol has an approximated fuel consumption of 9.0 KM/L.

The 3.5L Hybrid petrol has an approximated fuel consumption of 11.4km/L.

Based on the review, it is easy to find that the Nissan Cima Y51 fifth-generation seems to provide better performance and more features.  As a result of Toyota Crown vs. Nissan Cima, you can go with the Nissan Cima because of its attractive exterior looking, power, and being a full-size luxury car. Actually, there isn’t a bad choice between the Toyota Crown and its Nissan Cima rival, it’s just a matter of choice, convenience, and affordability. To buy either a Toyota Crown or Nissan Cima, please visit BE FORWARD.

ALL TOYOTA CROWN FOR SALE

ALL NISSAN CIMA FOR SALE