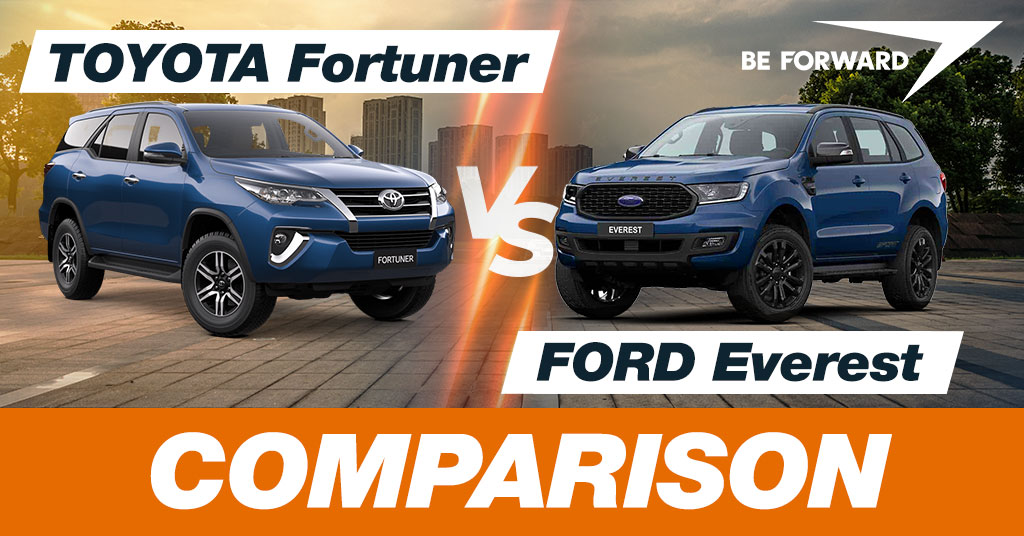 Toyota and Ford are the best automaker in the world which produces some of the best cars on the market in every aspect, including luxury cars, family cars, off-road and off-road. Toyota and Ford sell vehicles equipped with high-end safety features and technology.

Here’s a look at the Toyota Fortuner and Ford Everest.

(*Prices are reflective of average BE FORWARD pricings as of January 2022.)

The Fortuner is a 7-seater SUV manufactured by Toyota Japan and it uses the same platform as the Toyota Hilux but they vary mainly in body type, interior, and styling.

The cabin is large with a layout and feels comfortable. In the first and second rows, the headroom and leg space is excellent and the tall driver and passenger will find it comfortable but the 3rd-row seats feel uncomfortable for a long journey.

Inside Fortuner, you will be served by numerous storage compartments that are useful for storing items such as handbags, smartphones, beverages, and goggles. In the driver cabin, you will have 4 cup-holders, door panel storage, a glovebox, and the center box. In the passenger row, you will find 4 cup-holders in the armrest compartment, and there are door panels. In the 3rd row, only 2 cup holders are there.

Everest’s interior is a spacious, neat, and comfortable space, with a nice fit, solid build quality, and finish.

Upfront you have access to steering-wheel-mounted controls and multimedia, storage compartments including 2 cup holders, glove box, and bottle holders in each door and a substantial bin between driver and front passenger as well as two 12-volt sockets and two USB ports.

In the 2nd row, passengers get to control their own aircon temp and fan speed and a pair of pop-out cup holders in the arm-rest, as well as using a 230-volt or 12-volt socket from their seat, and open or close air vents.

Depending on the model chosen, the type of engine or transmission fuel consumption for the Fortuner is around 11.6 Km/L to 13.1Km/L. 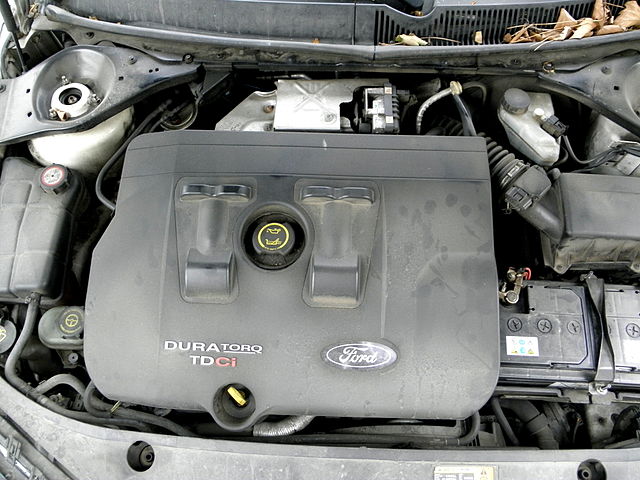 Depending on the type of engine fitted under the hood, or the transmission the Everest’s fuel consumption is around 11.7 Km/L to 14.4 Km/L.

Whether you’re a Fortuner lover or not you will be in love with a Ford Everest that likes to go across unknown roads, then you either choose a Fortuner or the Ford Everest. If you have financial muscles, buy both or put one on the top of your list.

The Toyota Fortuner and Ford Everest are like look similar in exterior appearance but both cars differ in different aspects but both are luxury vehicles with capabilities of hitting off-road.

For fuel economy, both cars look like they do not differ so much but the Everest scores more points because one of its version reaches 14.4 Km/L while the Fortuner reach 13.1 Km/L.

Fortuner and Everest are good for long journey trips, short trips, and off-road driving while for more comfortability and luxury Everest wins ahead of Fortuner. We have nothing to force you to own one of them but the choice remains yours depending on your cash and other aspects. Take a look at BE FORWARD to purchase the mentioned vehicles or others.