If you’re thinking about buying a used crossover SUV, the Toyota Harrier and Nissan Murano are two strong contenders. What are their similarities and differences? We break down pricing, features, drivability, and more in this car comparison showdown.

If you are stuck on which crossover SUV to buy, we think this comparison guide should more than help you make a decision on which is better for your needs and budget.

Harrier vs Murano: The Differences

Both the Toyota Harrier and Nissan Murano are powerhouse options for your next SUV, so which should you choose, and how do they differ? Let’s take a look at the key points of interest to see what sets the Harrier and Murano apart from one another. 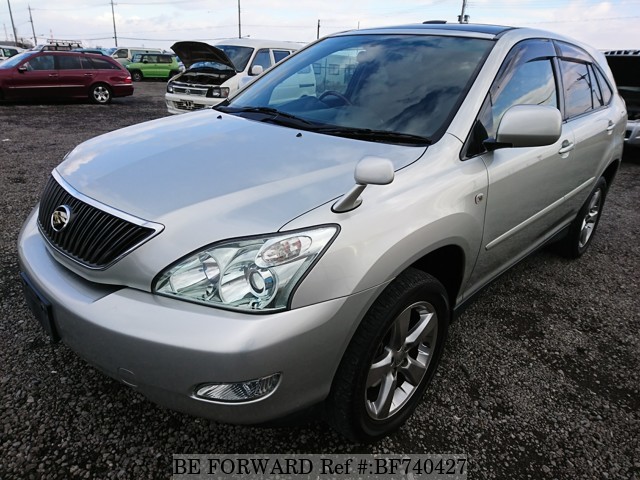 The Toyota Harrier is a midsize crossover sport utility vehicle (SUV) that has been available since December 1997. Built with a variety of the best Toyota transmission and engine technologies introduced by other models like the RAV4, the Harrier also stands out within the crossover SUV class thanks to vibration and insulation dampers that make it extremely quiet to drive. 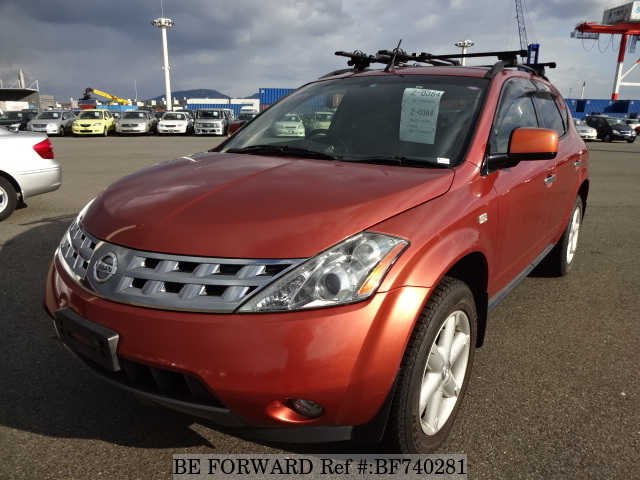 The Nissan Murano is a five door midsize crossover SUV that has been available since May 2002. Marketed as a sporty vehicle for active families, the award-winning Murano was the sole crossover SUV sold in the US until 2007 due to its immense popularity. The Nissan Murano has received several awards and recognition for its outstanding features. For example, in 2010, the model received the best and highest ratings on the front, side, and rear impact evaluations from the Insurance Institute for Highway Safety.

The current cost of a used Toyota Harrier is around $1,600 to $6,300 when bought through BE FORWARD. It comes with an abundance of standard features, including: 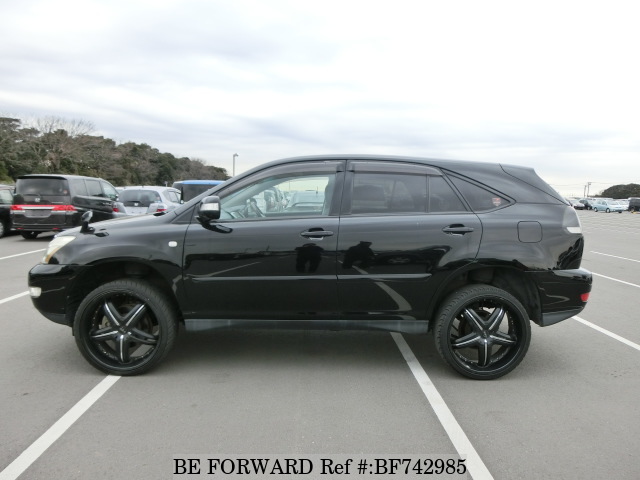 Side view of a used 2006 Toyota Harrier

With a seating arrangement for up to five passengers and five doors, it is spacious and convenient for transporting larger amounts of people or cargo. The car’s main fuel type is petrol, and it has an automatic transmission system that is also offered with four-wheel drive (4WD) capabilities.

On the other hand, the Nissan Murano is a bit cheaper than the Toyota Harrier. A used Murano listed on BE FORWARD can be bought for around $1,400 to $5,200, and offers smooth handling and overall vehicle control along with a high-quality interior and comfortable seating. 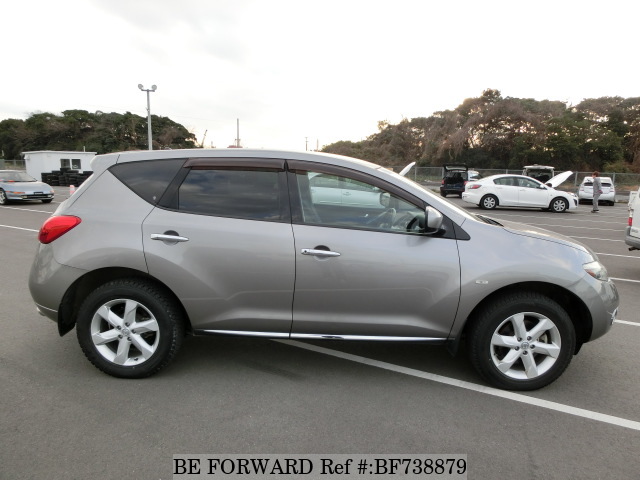 Side view of a used 2008 Nissan Murano

Equipped with an all-wheel drive (AWD) drivetrain and automatic transmission, the Murano can accommodate up to five passengers and features:

The Toyota Harrier has a number of enticing interior features. Some of them include a nanoe-G air conditioner, a multi-information display with optitron meter, advanced Toyota telematics system, electric twin sunroof, large luggage space, and ergonomic powered seats. For safety purposes, it is fitted with an adaptive cruise control, lane departure assist, a pre-crash safety system, and an automatic high beam. 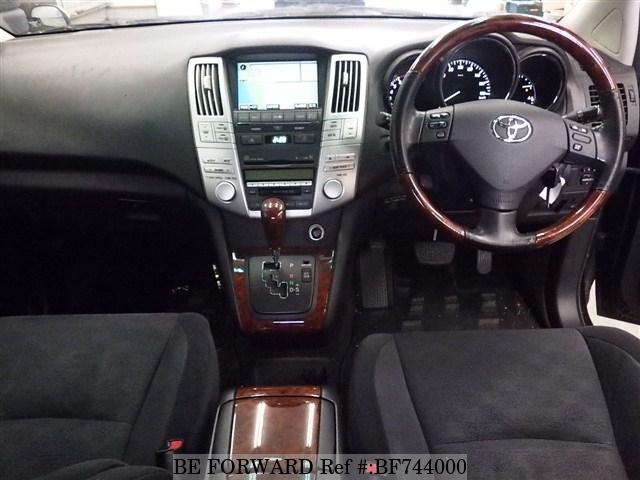 Interior of a used 2007 Toyota Harrier 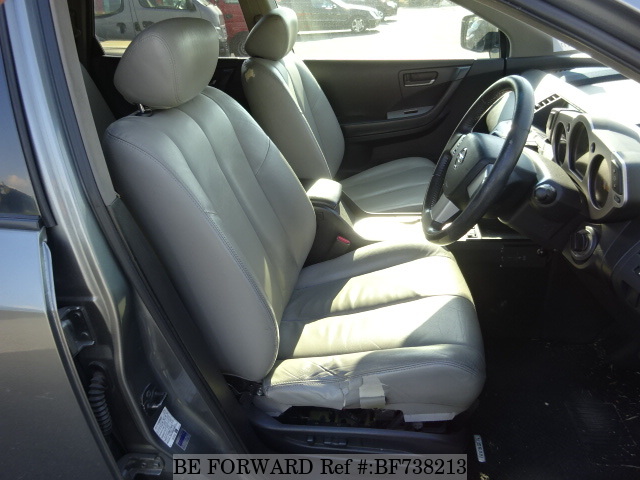 Interior of a used 2007 Nissan Murano

Its exterior is fitted with fog lights, power mirrors, rear spoiler, and xenon headlights along with a design styling that incorporates sleek curves to make it visually pleasing as well as ergonomic.

The Toyota Harrier has a 2.4-liter engine with four straight cylinders, and it gives a maximum power of 118 kW at 5600 rpm and a torque of 221 nm at 4000 rpm. The Harrier has marginally less power and torque generation compared to the Nissan Murano model, and has a tank fuel capacity of around 72 liters with an EFI fuel system. 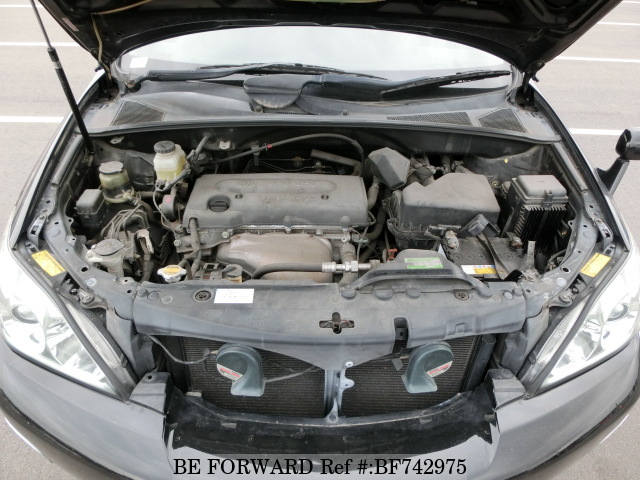 Engine of a used Toyota Harrier

Its main engine coolant is water, while the main fuel is gasoline or petrol. The car has a displacement capacity of 2362 cc, and it has a fuel consumption rate of around 12.4 liters/100 km in urban settings and 9.8 liters/100 km on highways.

The Nissan Murano has an engine size of 3.5 liters with V6 cylinders. The model gives a maximum torque of 336 nm at 4400 rpm and a maximum power of 191 Kw at 6000 rpm, and it also boasts a Continuous Variable Transmission. The Murano has an average fuel tank capacity of 82 liters, and a fuel consumption rate of 10.9 liters/100 kilometers. Evidently, the Toyota Harrier has a lower fuel consumption rate than the Nissan Murano. 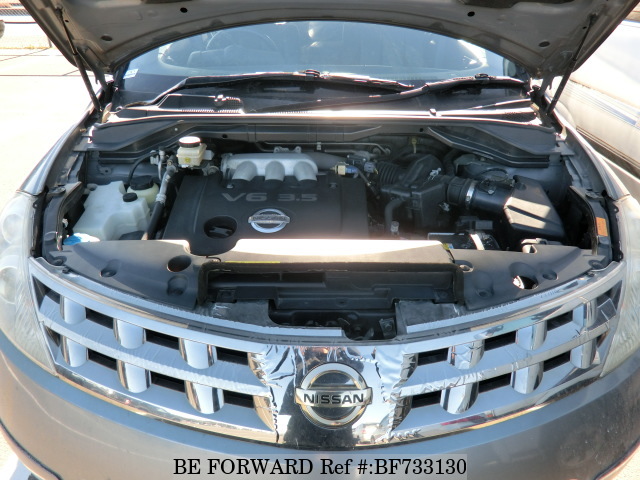 Engine of a used 2005 Nissan Murano 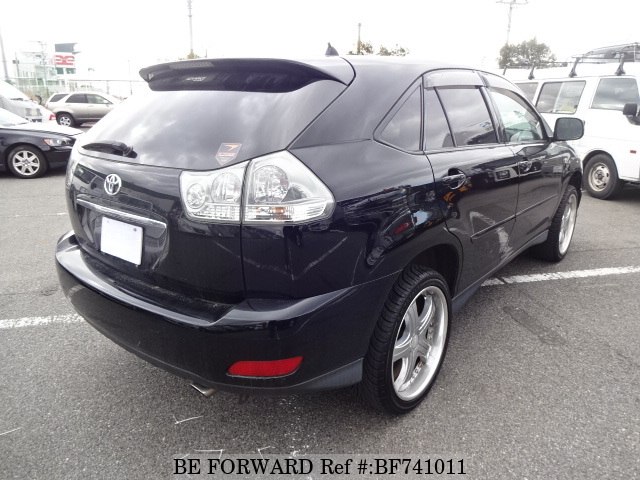 Rear of a used 2005 Toyota Harrier

For drivers who prefer power and torque, the Nissan Murano provides a better experience compared to the Toyota Harrier. However, in contrast, the Harrier has a somewhat better fuel efficiency than the Murano.

While the Toyota Harrier provides strong drivability due to its safety features, classy interior, and attractive exterior, the Nissan Murano holds its own as an equally formidable crossover SUV. 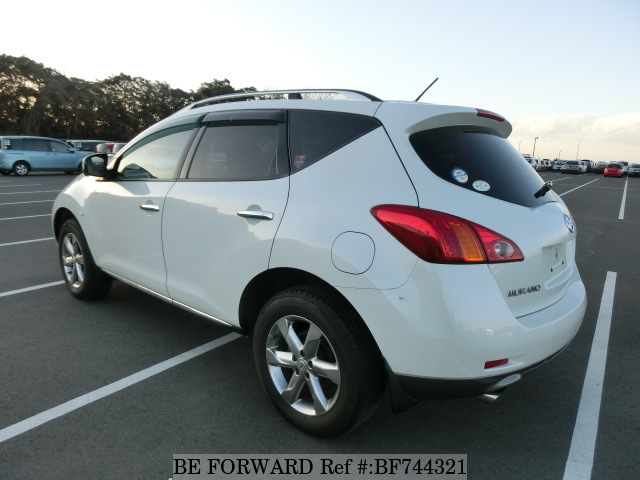 Ultimately, for those in the market for an affordable used compact SUV, the choice will come down to a matter of personal preference in regard to the budget, desired features, and overall design aesthetics of these two popular cars. For drivers who prefer power and torque, the Nissan Murano provides a better experience compared to the Toyota Harrier. However, in contrast, the Harrier has somewhat better fuel efficiency than the Murano.