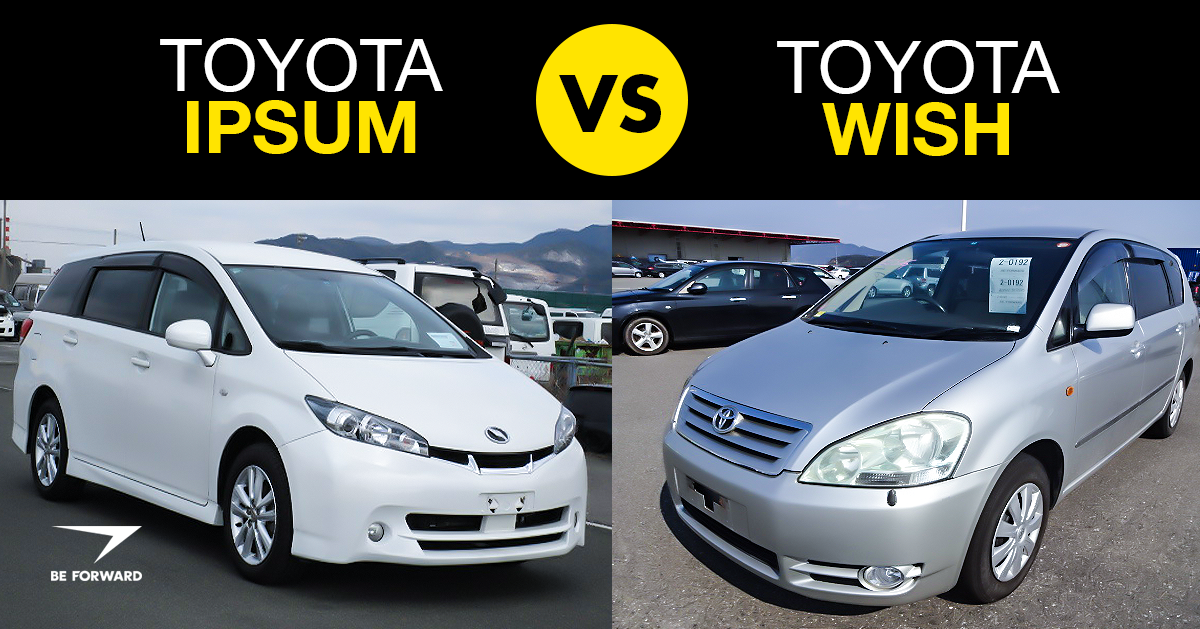 Toyota is well-known for producing high-quality vehicles, and both the Toyota Ipsum and Toyota Wish are no exception. While both of these popular minivans offer unique advantages, they each have a variety of similarities. In this used Toyota Ipsum vs. Toyota Wish car comparison, we take a closer look at similar model years to help you understand what makes each used Toyota minivan stand out.

Before we get into the details of what separates the Toyota Ipsum from the Wish, here is a quick overview of the details we will be looking at later.

The popular 2nd generation (2001-2009) of the Toyota Ipsum, also known as the Avensis Verso, first began production in May 2001, and featured advancements over the previous generation including an increased size as best seen by the expanded trunk and interior space of the cabin. The engine was also displaced to cater to the increased space without affecting the car’s efficiency.

Both the 1st generation and 2nd generation of the Toyota Wish have proved popular as used minivans, with the 1st generation (2003-2009) introduced during the Tokyo Motor Show in October 2002. The initial model was almost perfect but ended up going a few modifications to enhance its overall aesthetic. In particular, adjustments were made to the headlights, bumpers, dashboard, and LED tail-lights. The switch-gear was also modified to enhance the automatic transmission and climate control. Despite these minor changes, the model retained its reputation for having a solid fuel consumption rating compared to that of other compact minivans within the market.

The Toyota Ipsum is fitted with 7 seats arranged into 3 rows. The front cabin is wide and roomy, giving both the driver and front passenger a large amount of space. The front seats are also electric, making them easy to adjust, and the driver’s seat is set at a height that lets you clearly see the road from all sides.

The adjustable steering wheel fits the needs of any driver, while in the passenger area the seats are modified to allow for more boot space at the rear of the car, which comes in at around 1,499mm. The exterior of the Toyota Ipsum is characterized by its bright xenon headlights, roof rails, and added fog lights for safer driving in conditions where visibility is poor.

The Toyota Wish was initially launched as a 6 seater, but some later models are 7 seaters. The seats are made of a suede material that is easy to clean, and the vehicle also features control panel windows and ebony wood-like elements featured in the front interior. The steering wheel is also fitted with genuine leather, giving it both a touch of elegance and a firmer grip.

The car has a sporty look thanks to its capsular design, with the rear boot at around 1,460mm. The Toyota Wish is fitted with four vertical headlamps, in addition to high-quality alloy wheels and a well-designed bumper that enhances the vehicle’s overall appeal. 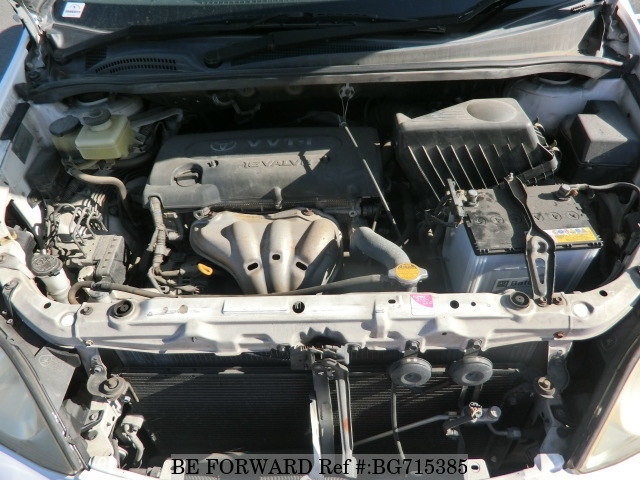 The engine of a Toyota Ipsum has a displacement capacity of 2,362cc, while the fuel tank can hold 60 liters. The engine also has 4 cylinders, each with four valves per piston. Its average fuel consumption ranges between 11km/L and 12km/L, which is mostly dependent on whether the vehicle is front-wheel drive or 4-wheel drive, giving it a combined fuel efficiency of around 11.5 km/L.

What is the Fuel Consumption? 11 to 12km/L on average 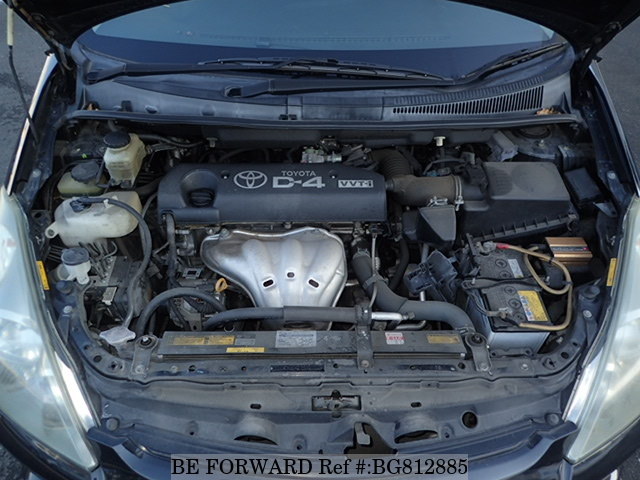 The Toyota Wish has an internal combustion system, with a maximum displacement between 1,794cc and 1,998cc and a fuel tank capacity similar to that of the Ipsum, at 60 liters. The engine has four cylinders, each with four valves. The fuel consumption ranges between 13km/L and 14km/L, which is dependent on the type of drive, and it gives a combined fuel efficiency of 13.5 km/L.

What is the Fuel Consumption? 13 to 14km/L on average

Which is Better, Ipsum or Wish?

The Toyota Ipsum and Toyota Wish both offer a variety of similar features, but depending on what you need in a used minivan, each car could fit different functions and desired features. For instance, the Toyota Ipsum’s boot is larger compared to that of the Wish, meaning that larger families who like to travel may be better off opting for the Ipsum.

For those who value the exterior styling of their car, the Toyota Wish could be the better option thanks to its sporty trim. In addition, the Toyota Wish offers a more powerful engine and slightly better fuel efficiency compared to the Ipsum.

In regards to price, budget-conscious buyers may find the Toyota Ipsum their go-to, as the price point for a used Ipsum is usually offered lower than that of the Wish.