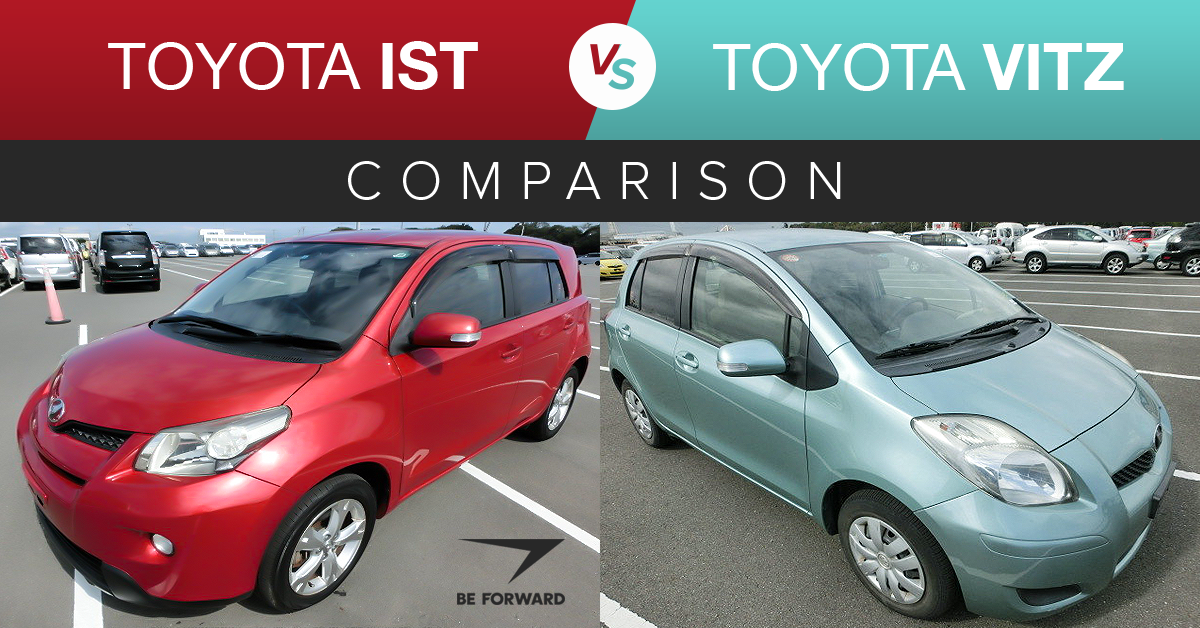 Both of these cars are great options for the urban commuter or the small family looking to save money on fuel without sacrificing performance and long-term durability, but just what are the similarities and differences between them? We take a closer look in this Toyota IST and Toyota Vitz review.

How well do the Toyota IST and Vitz compare with each other? Let’s take a look at their engine performance, fuel economy and features. 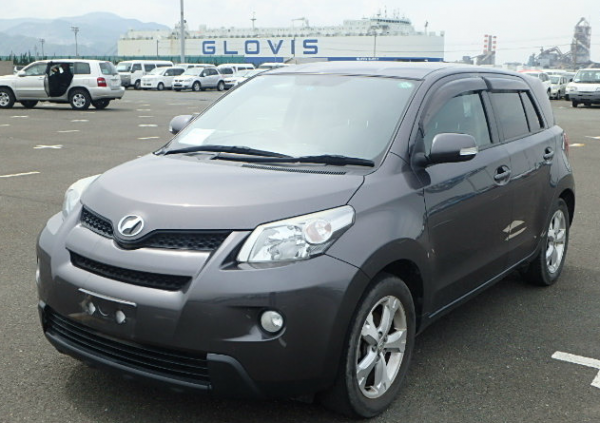 The Toyota IST was introduced in 2002 to offer young buyers a flexible, sporty hatchback that could accommodate gear for an extended trip, look good for a night on the town, or carry a small family anywhere they might need to go. Production of the Toyota IST ended in 2016 after two generations. 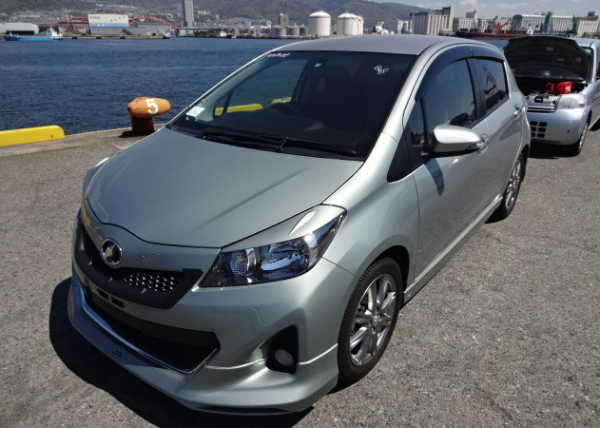 Toyota introduced the Toyota Vitz for the 1999 model year. It is sold globally and is badged as the Toyota Yaris, the Toyota Echo, and the Daihatsu Charade. The Toyota Vitz is specifically designed for young urban drivers who want a flexible car for their everyday driving needs. Available as both a three-door and a five-door hatchback, the 2007 Toyota Vitz is more than capable of handling congested urban traffic or tackling open roads during road trips and holidays. 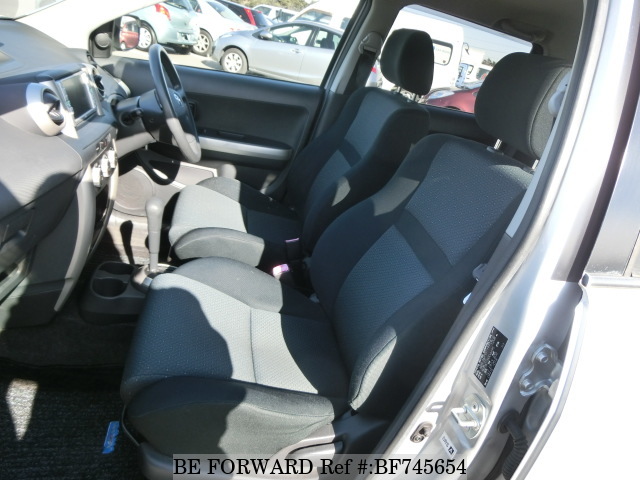 Above: Interior of a used 2007 Toyota IST

The 2007 Toyota IST is offered in just two trim levels. The 150 X and the 150 G feature the smaller engine, while the 180 G is the only level that is powered by the larger engine. The trim levels offer a wide variety of standard and optional equipment. The equipment list includes: ABS; air conditioning; power windows, locks, mirrors and steering; a six-speaker audio system with a CD player; a rear wiper; rear defroster; a 60/40-split-folding rear seat; satellite radio; alloy wheels; a roof rack; and keyless entry. 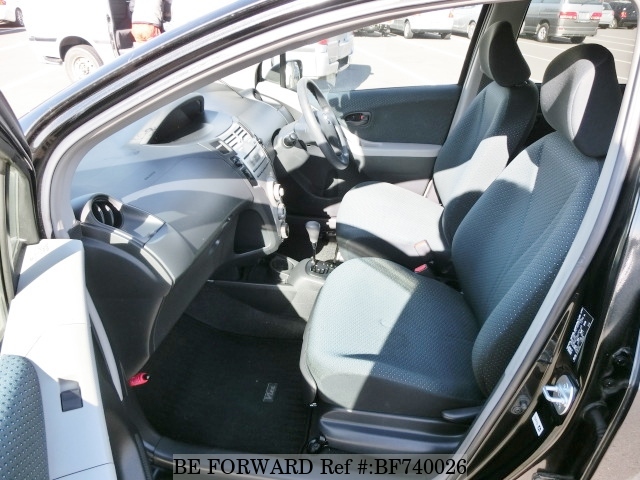 The creature and tech comforts that you can find in 2007 Vitz include: air-conditioning, a tilt steering wheel, a rear window defroster, a 60/40-split folding rear seat, a CD/MP3 player with an auxiliary jack, alloy wheels, foglamps, keyless entry and start, power windows and locks, and LED head and tail lamps.

The second generation 2007 Toyota IST can be powered by either of two petrol engines. The first 1,496 cc I4 that is capable of 109 bhp and 141 N-m of torque at 4,200 rpm. The only gearbox option is a CVT, but the IST is available in both FWD and AWD. Units equipped with the 1,496 cc engine and FWD have the Japanese model code DBA-NCP 110, while the cars equipped with the same engine and AWD have the Japanese model code DBA-NCP 115. 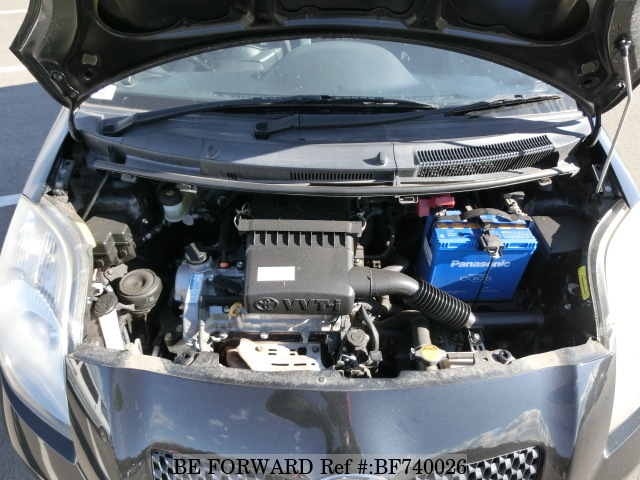 Above: Engine of a used 2007 Toyota Vitz

The Toyota Vitz entered its second generation for the 2005 model year. The second generation was a complete redesign of the exterior, and the engine offerings were also updated. The 2007 Toyota Vitz is part of this second generation. The 2007 Vitz can be powered by three inline petrol engines, with the base model powered by a 996 cc I3 that offers 71 bhp. Next up is a 1,296 cc I4 capable of 87 bhp, followed by a 1,498 cc I4 that produces 110 bhp. The 996 cc and 1,498 cc engines are paired to a CVT, while the 1,296 cc is mated to a four-speed automatic.

Toyota IST vs. Toyota Vitz: Which is the Better Choice?

Ultimately, offering the Intelligent system in the B and F trim levels in addition to its superb fuel economy, the Toyota Vitz begins to surface as the better choice for drivers who often drive long commutes. The Toyota Vitz is also often the hatchback of choice across many African countries, making spare parts very easy and affordable to find. For used car buyers on an initial budget, however, the IST is also a very reasonable choice.