Accept
TOP  >  Car Comparison  >  Wagon vs Sedan - Which is Right for You? 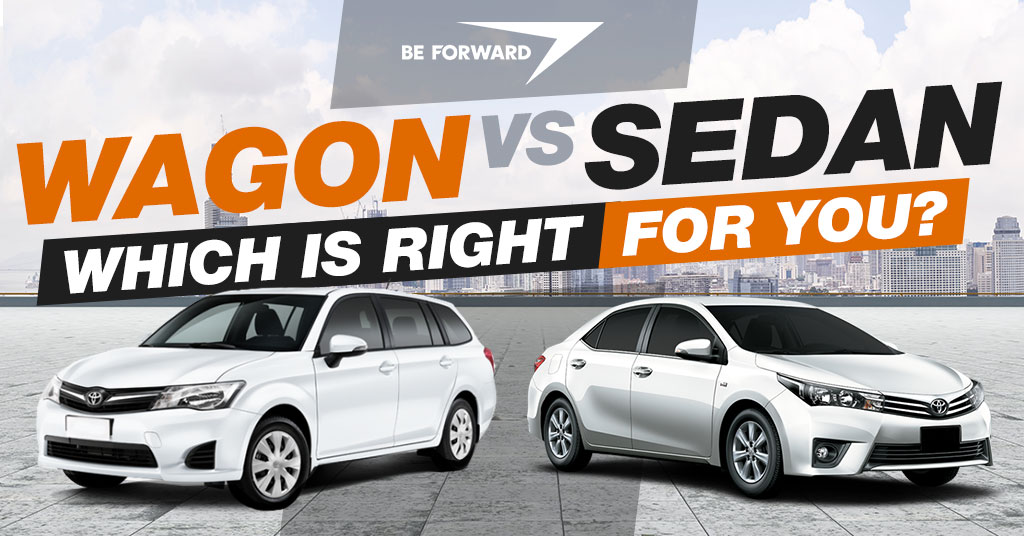 Introduction
Wagon and sedan are two of the most common body layouts we often see on the road. They both have sophisticated designs and built which makes them unique from each other and more likable to the buyers. Due to their uniqueness, we can see the differences between the wagon and sedan easily. And because of that, choosing between the two body styles is also easy to do. You just have to think about your preferences, lifestyle, needs, and budget before you start picking the model you like.

Now, let us get to know more about the wagon and sedan. And choose which is right for you.

The Differences Between Wagon vs Sedan

The differences between the wagon and sedan are easy to see for they are not just different in shape but also in design, number of doors, cabin, and cargo space. A wagon has a two-box design with a cabin as well as a cargo area as one compartment and engine area. It has five doors including a hatch, can accommodate five passengers with decent legroom, and has three sets of windows. In terms of cargo space, the wagon is more versatile with its extended boot space due to the rear seats that can be folded resulting in an almost van-like look.

While the sedan has a four-door layout with a three-box design: cabin, engine area, and trunk area. The sedan can also accommodate five passengers with enough legroom due to its spacious cabin but in regards to boot space, the wagon can easily top the sedan because of its limited space. The Sedan is much quieter due to its good insulation between the rear wheels and the cabin, it is also much lighter and shorter than the wagon which is good when driving on narrow roads or urban areas.

Top 3 Wagons in BE FORWARD

Toyota Prius sedan is the first mass-produced gasoline-electric hybrid vehicle that was first introduced in 1997 until 2003. It has a four-door layout with a front-engine, front-wheel drivetrain with a 2550 mm wheelbase and has two available models namely the NHW10 and the NHW11. The Prius sedan comes with a 1.5L 1NZ-FXE DOHC straight-4 petrol engine with a 288V Electric motor for the NHW10 and a 1.5L 1NZ-FXE DOHC straight-4 VVT-i petrol engine with 273.6V Electric motor for the NHW11.

Wagon and sedan both offer great qualities, built, and good features which makes it more popular in the market. Though they lacked certain attributes that we see to each body style, this makes them more distinct from each other. So if you have a large family and want more room in your car then the wagon is for you, but if you want a more sophisticated car and don’t need much space then try the sedan.