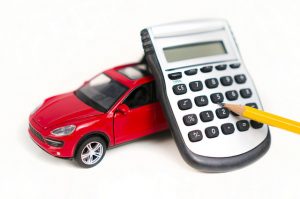 What You Need to Know to Buy Your Car Smartly

Ignorance of import duty regulations has always been the major reason why people hate importing cars. They rush into buying their dream car without first looking at the corresponding effect of import tax rules. This article has been written in order to highlight the details you need to pay attention to as these are what determine import duty charges.
The import duty in Malawi is designed in such a way that the newer the vehicle, the lower import duty tax you are required to pay and the opposite is true. This however brings a balance in the import duty tax for vehicles as you pay less to buy an older vehicle eventually paying higher taxes. On the other hand you pay more as you buy a newer vehicle and lower tax charges are attracted.

Importance of Engine Size and Year of Make with Regards to Tax, Import Duty

The key factors to note on vehicle details for tax purposes are Costs (CIF or Cost, Insurance and Freight) plus port charges, engine size and year of make. Notice must be taken that the year of make in tax context refers to year of manufacture and not year of registration. The port charges mentioned above relates to clearing charges which vary according to the type of vehicle. You can find the manufacture year from this page.
To understand the importance of engine size and year of make, let us look at the two tables below which reflect how import duty tax is determined.
This first table is for a vehicle with an engine size of 650cc to 1499cc.

※Truck, Van, Minibus are not included in this information.

Comparing these two tables you will notice these two major facts:
1) The bigger the engine size of your vehicle, the more Excise tax is charged.
2) The older the vehicle you have bought, the more Excise tax is charged.
So if you want to pay a very low import duty taxes the three drivers (Cost, Engine size and Year of make) must be highly considered. As demonstrated above, vehicles with the same engine sizes tend to pay more or less tax depending on their year of make. The other driver to take into consideration is the exchange rate as import duty taxes are calculated using the currency indicated on the supplier’s invoice. When the local currency is losing power against foreign currencies, it means the import duty taxes payable will be higher and vice versa.

Because of these major drivers, it is known and proven fact that the vehicles with low import duty tax charges are those purchased at low values, with small engine sizes and which year of make is less than 8 years. Examples of such vehicles include Toyota Passo, Nissan Wingroad, Nissan Tiida, Honda Fit, Nissan Ad Van, Suzuki Alto, Daihatsu Mira and Mitsubishi Colt Plus.

In conclusion, low import duty taxes are only achievable if you buy a newer vehicle with a smaller engine size and at the lowest cost possible.

One thought on “Determining Low Tax and Import Duty in Malawi”