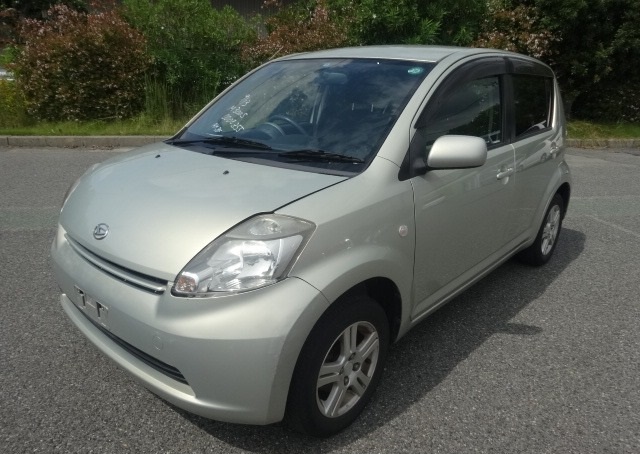 This article is written by BE FORWARD Supporters ID 163805 Rodrick Masiiwa Mupari in Zimbabwe from his experience.

How to Buy My First Car in Zimbabwe

The journey started on the 21st of July we perfect one considering the prevailing economic conditions in Zimbabwe. The DAIHATSU Boon is an automatic transmission vehicle with an Overdrive (O/D) button to aid when overtaking. This car was manufactured in 2005. After having been given the Proforma Invoice dated 22nd July 2016, I immediately arranged to make the payment. I was taken aback on realizing that I could not make the payment due to the restrictive foreign currency measures, which had been put in place by the Central bank to monitor and regulate the movements of foreign currency out of the country. I immediately arranged to go to Zambia for the payment.

I left for Zambia on the eve of the 22nd aiming to beat the closing time on Saturday which is usually between 12 hours and 13 hours. Little did I know that the calculation of the remaining hours before a car can be removed from the reservation is suspended by BE FORWARD throughout the weekend since they are not working hours. Again I did not know that I could have made the payment at Zanaco bank, which is situated at the border, but I had to travel all the way to Lusaka and started looking for BE FORWARD Zambia. I could not afford to lose this vehicle, which was just the perfect starter vehicle for me. Since it was my first time to be in Zambia and the language barrier, I only managed to locate BE FORWARD Zambia way after 14 hours when the banks had already closed. The payment was eventually effected on the 25th July 2016 and BE FORWARD confirmed receipt of the money on the 26th of July 2016. The confirmation by BE FORWARD gave me a sigh of relief.

In the same correspondence in which BE FORWARD was confirming receipt of my payment, they asked me to verify my details, which were to appear on the essential shipping documents like Bill of Lading. The address to which the documents were to be sent had to be verified as well since that is the person who would do the clearance of the vehicle once it arrived at the port of Dar es Salaam. Immediately thereafter, I received CAP (Car at Progress) and the DHL tracking number for the documents being sent to BE FORWARD Tanzania. The CAP was very important to me since I would always first have to refer to it for anything that I would want to know  the status of the vehicle before turning to BE FORWARD personnel. The CAP was self explanatory, except on one or two occasions where I had to seek clarification. The movement of the vehicle as well as the documents is well articulated in this status tracker and you are kept abreast with everything that will be happening. Most importantly it only identifies with your vehicle only. The vehicle invoice, export certificate as well as the Bill of Lading can also be downloaded from the CAP.