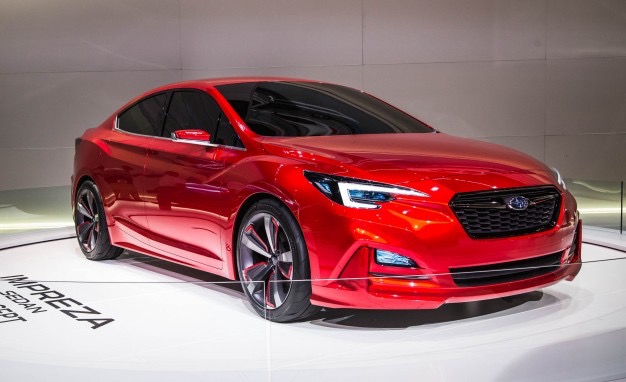 The Impreza has long been Subaru’s best selling model. Nearly every shade-tree tuner has turned their attention to an Impreza WRX at some time or another. With the Impreza’s global attraction, it only make sense that the 2017 Subaru Impreza will be the first model to ride on the automaker’s new global platform. We thought our readers would like to have a close-up look at the new platform and the next-gen Impreza; thus, the impetus for this post. 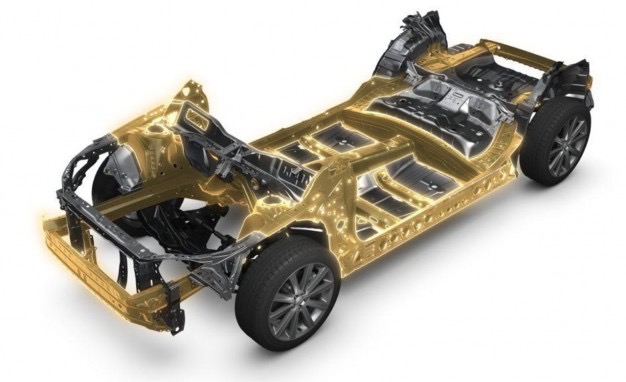 Subaru has been in need of a global platform that could be adapted to several powertrains for some years. The company’s engineers have been hard at work for several years. The results of all of those long hours were unveiled in broad strokes in early March of this year. The strokes may have been broad, but the primary foci are plain: refinement, safety, and an adaptability to mutiple powertrains.

The platform may be new, but Subaru has not forgone any of its top build commitments. The platform will still include boxer engines, AWD, and a commitment to safety. If anything, the safety element has been enhanced within the new architecture. According to Subaru literature, the platform will offer, ”the world’s highest levels of collision safety even in 2025.” To achieve those claims, the platform incorporates high-strength steels and the bodies are nearly 100 percent more stiff. So much so, that impact-energy absorption has been improved by 40 percent when compared to current models. The next-gen also offers a lower center of gravity, allowing for better handling and accident avoidance.   Young drivers will benefit from the lower center of gravity because it creates a more reactive and fun driving experience. The stronger body should address several of the complaints that casual Subaru buyers have had in the past, namely: road noise, ride comfort, and engine vibration. The added strength and tightness of the body should reduce NVH (noise/vibration/harshness), while offering greater comfort.

The new underpinnings are also highly focused on modularity. This streamlined production should allow Subaru to build different global models on a single production line whether it would be in Japan or America; greatly improving the company’s ability to meet customer demand fluctuations. It will also allow the company to switch production from one factory to another without a major(and expensive) retooling. The modularity of the platform is the key aspect that will allow Subaru to install various power trains, since the architecture is designed to accept petrol, hybrid, plug-in hybrid, full electric, or other unspecified engines. Now, with that out of the way, let’s have a look at the first model to be mounted on the platform, the 2017 Impreza. 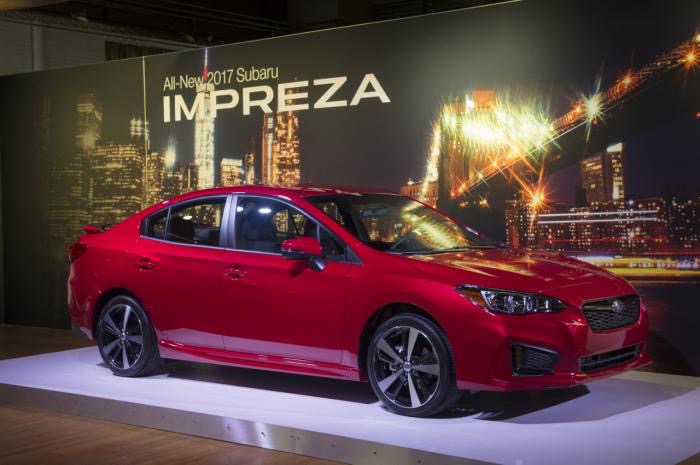 The 2017 Subaru Impreza officially debuted at the New York auto show on March 23, 2016. In addition to the new global platform that it sits upon, the body design is a contrast to the previous generation. Every angle of the new compact is sleeker, metaphorical more edgy, and attractive to a wider group of buyers. In the past, Subaru has managed to debuted great looking cars, then redesigned them. Hopefully, that will not be the case this year.

Sleek lines or not, the Impreza will be powered by a revised 2.0L boxer engine with direct-injection. The new engine is more fuel efficient and offers 152 bhp, a boost of 4 bhp over the 2016 model. Disappointingly, the only gearbox that has been announced so far is a CVT. We all know that Imprezas are much more fun to drive with a manual gearbox installed. No matter what gearbox is installed, Subaru’s Symmetrical All-Wheel Drive will be installed. The Impreza’s new architecture also allows for some added legroom. The wheelbase, length, and width have all grown by a few cm. 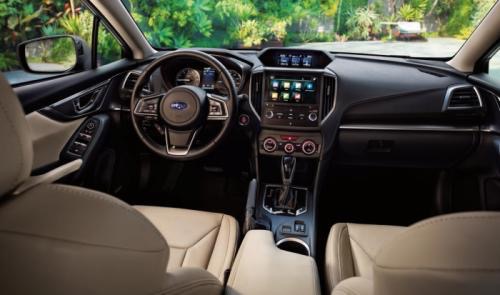 The 2017 model will be offered in four trim levels: Base, Premium, Sport, and Limited. All of the new Imprezas will feature a touchscreen infotainment system, Bluetooth, Android Auto, a 60/40-split fold-down rear seat, and a tilting/telescoping steering wheel. By moving up to the Premium trim, buyers will   be treated to heated front seats, larger wheels, roof rails, and Subaru’s Starlink safety system. The Sport trim level allows buyers access to improved suspension tuning, active torque vectoring, even larger wheels, LED daytime running lamps, a larger touchscreen, push-button start, a leather-wrapped steering wheel, as well as keyless entry. Should a buyer want all of the bells and whistles, they need to move up to the Limited trim level. The Limited equipment includes leather seats, a power-adjustable driver’s seat, and headlights that adjust as the vehicle navigates through curves. Additionally, the upgrades to the EyeSight system incorporate a laundry list of advanced safety and driver assistance features like adaptive cruise control, pre-collision braking, lane departure warning, blind-spot monitoring, and reverse automatic braking. With all of this tech on board, you almost have to be trying to wreck to get in an accident!

All of the information flowing around the world about the 2017 Subaru Impreza is sorely lacking in one aspect…there has been no announcement concerning the next-gen WRX. Not to panic, though. The current version of the WRX lagged behind the more pedestrian Imprezas by a few years. It is just a waiting game.