Skip to content
TOP  >  Car Information  >  Can you 3d Print A Car? A look at autos of the future.

While consumer 3D printing is a recent innovation, the idea goes back at least thirty years; and it’s quite possible that their introduction into mainstream society will revolutionize a variety of fields, including the automotive industry. 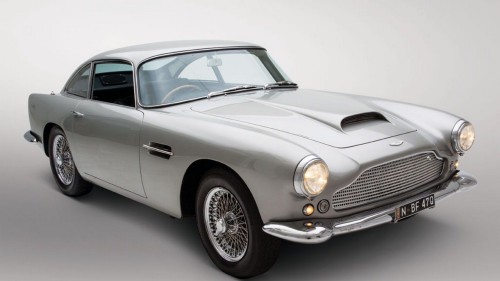 Let’s start big and imagine you wanted a 1960 Aston Martin DB4 Series II. Considering that the last time one went on the auction block, selling for $632,500, would you be willing to settle for a replica? Interestingly, the $60,000 price tag for a replica sounds awful tempting when faced with a $600,000+ auction price; and fortunately for the most of us who aren’t super wealthy, there are a couple of ways to go about owning one for even cheaper.

First, you could hire someone to fabricate a replica from sheet metal, similar to how cars have always been made. Even the sexy curves of the DB4 can be hammered out by hand on an English wheel, but you’d still pay a lot to have this handmade replica in your garage.

A second option might be to carve one out by hand by using foam blocks as your base material and following templates. This cheaper method involves a lot of labor and time. Still, the end result is quite impressive, and you’d be hard-pressed to determine just by looking at it if it was a custom, copy, or genuine article. And then we come to New Zealand automobile enthusiast Ivan Sentch, who is modeling the entire DB4 using his Solidoodle 2 3D printer.

Since the 3D printer isn’t the size of the car, Sentch is doing it piece by piece. He downloaded a series of 3D CAD models for the body, which was broken down into hundreds of 10-centimeter cubes. Starting with a Nissan Skyline chassis and powertrain, the individual cubes, built to the exact curvature of the original car, will be mounted in place. The 3D-printed cubes will become the mold for a layer of fiberglass, which, after curing, will be removed. It’s still quite labor intensive, having taken a year just to print the blocks, but Sentch figures it will have cost him about $40,000 by the time the epoxy resin dries and gets a coat of paint.

Sentch isn’t the only one to make car parts from 3D-printing models. Ford Motor Company, for example, was working on a prototype intake manifold, a process that normally would have taken months and a few hundred thousand dollars. Using a 3D-printing process, Ford was able to reduce that time to just four days and $3,000. A similar approach could be used to produce automobile parts, or entire cars, on demand. Now, let’s go really, really, small.

Automakers are continually striving to improve the performance, fuel economy, and safety of the modern automobile, but sometimes these seem to be at odds with each other. For example, a lightweight car may be very fuel efficient or fast, but safety suffers when materials get thinner and lighter. On the other hand, a car that’s safe and made of heavier materials may suffer in performance and fuel economy.

Generally speaking, the rule follows: light materials are weak, heavy materials are strong. Take, for example, a solid piece of steel—heavy and strong. If you make it hollow, it becomes weak. The hollow tubing may improve the fuel economy and performance of a race car, but could prove to be fatal if it collapses in a crash. Developments in nanotechnology, however, are turning that notion on its head.

On the macro level, a hollow steel tube may be weaker than a solid piece, but on the micro level, the same steel starts to exhibit some pretty surprising qualities. Built up, on the nanoscale, the steel becomes essentially 90-percent air. In spite of the fact that the steel weighs just 10 percent, or even less, of its original macroscale weight, it retains all of its strength. Additionally, this process could be applied to practically any material, whether it be ceramics, composites, or even plastics.

The process, developed by researchers at California Institute of Technology (CalTech), could theoretically be applied to automotive manufacturing, shedding hundreds or even thousands of pounds of weight. The lighter materials would help the car perform better, as well as drastically improve fuel economy. At the same time, the vehicle would be just as safe, thanks to the strength-retaining nanoscale structure.

The Future of 3D Printing

As we look toward the future, imagine the benefits of macroscale and nanoscale 3D printing. Cars could be built stronger, yet lighter, leading to unprecedented gains in both safety and fuel economy. Furthermore, they could be built to order, on-demand, so to speak, instead of an endless field of dealership lots. And even those who didn’t have access to reputable parts could print replacements from manufacturer diagrams.

So, if you have always wanted to build a replica of the 1960 Aston Martin DB4 Series II, with all the safety, performance, and fuel-efficiency features of the 22nd century, it could soon be as close as the nearest 3D print shop.