Having fun on the road doesn’t have to be expensive. While many high-end sports cars can cost in the millions, there are also many used sport coupes that are a lot more reasonably priced like those on offer at BE FORWARD. Here, we take a closer look at 3 of our favorite used sports cars.

Before we get started, see the major differences in how the Mazda RX-8, Nissan Fairlady Z, and Toyota Celica are priced, as well as their fuel economy on the road.

Do these popular sports cars live up to the hype? Let’s take a deeper look at the specs to make sure. 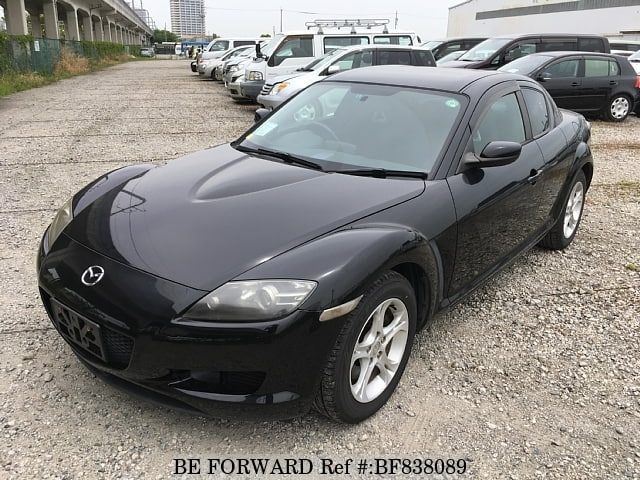 Everyone knows that all Mazda cars place a special emphasis on their fun-to-drive aspect. Even the mundane Mazda 626 was more sporting than a comparable Toyota Camry, for example. On the top of the Mazda fun-to-drive heap, however, has to be the Mazda RX-8, a long-running and sadly discontinued performance coupe that Mazda produced between 2004 and 2011. The visual appeal is all there, and the RX-8 is a great performer, with its lightweight rotary engine properly placed for a 50/50 weight distribution. You’ll have to rev the Wankel Rotary Engine higher than any other car to generate power, but once the RX-8’s on a roll, it’s a joy to throw around corners and delivers an overall rewarding experience. 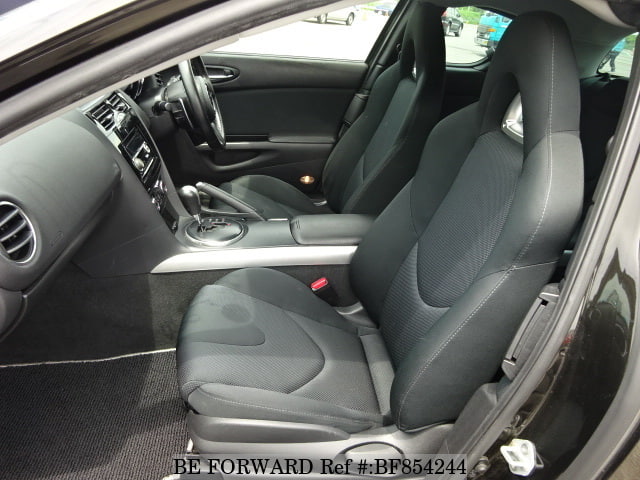 Inside, the Mazda RX-8 is surprisingly roomy, with four bucket seats and rear hidden suicide doors for easier access. Even the ample trunk space comes as a surprise to most. And the most basic RX-8 comes well-equipped with a six-speed manual transmission, anti-lock braking, power package, air conditioning, cruise control, and a slew of other convenient features. Perhaps the only problem with the RX-8 is the engine itself, which is somewhat lacking in low-end torque for takeoff. Additionally, the Wankel was well-known for petroleum consumption, both engine oil and gasoline, which is actually why the model was discontinued in the first place, unable to keep up with ever-stricter fuel economy and emissions regulations. Still, as a used coupe, this is one of the most fun-to-drive model you can get your hands on. 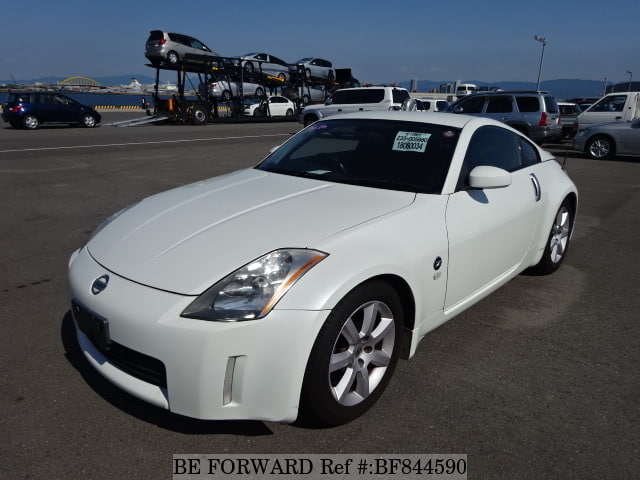 The Nissan Fairlady Z, also known as the 350Z, is widely regarded as one of the most affordable sport coupes available. Considering that it’s viewed that way when new, it should come as no surprise that even used Fairlady Z models are an excellent buy. However, don’t let the rest of Nissan’s pedestrian lineup fool you, because the Fairlady Z packs a lot of fun into its small frame. Relatively compact and light, the Fairlady Z responds well to the power generated under the hood, generally over 280 hp and as high as 306 hp. The five-speed automatic and six-speed manual transmission options, fed through the rear-wheel drive, are well-suited, but you’ll probably want the manual for the most fun on the road. 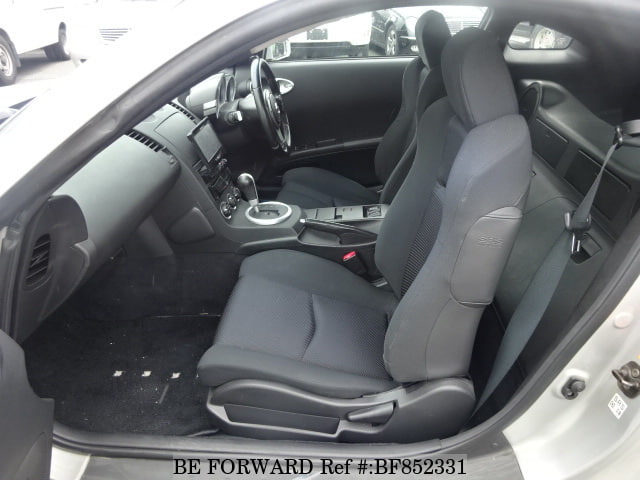 Above: Interior of a used 2004 Nissan Fairlady Z

On the road and around corners, the Nissan Fairlady Z is agile and precise. The low and wide stance is very stable, but the weight distribution can get the better of you when you push its limits. Perhaps the only problem with the Fairlady Z is the suspension, which is perfectly tight for sporty handling, but may prove to be too stiff for use as a comfortable daily driver. Similarly, stiffening measures in the engine and cargo bays did a lot to improve handling, but also cut down on room in the trunk, which may come as a disappointment to some. Inside, some drivers may find the accommodations somewhat plain, as well as noisy on the highway, but manageable. Overall, this is still one of the best-value used sport coupes you can buy. 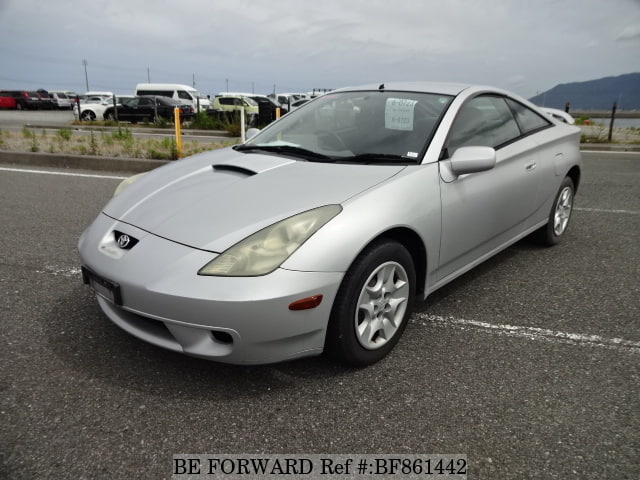 In almost every sense of the word, the Toyota Celica is a true classic Toyota sport coupe, but it didn’t give its love to anyone driving it lazily. Really lay into the throttle and aim for the corners, and the Celica delivers a very rewarding driving experience. Unlike the other two cars on this list, the Celica goes to show that even a front-wheel drive sport coupe can be surprisingly agile and capable. Unfortunately, due to the declining market for compact sport coupes, the Celica was discontinued in 2005, but its futuristic, for its day, styling still looks pretty modern. 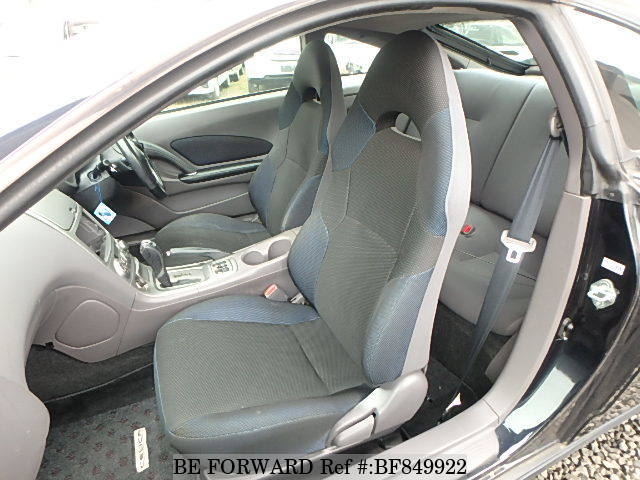 Above: Interior of a used 2001 Toyota Celica

If you really want to get the most out of the Toyota Celica, however, you’ll want to look for the six-speed manual transmission-equipped model. The optional four-speed automatic is easier to drive, but doesn’t take full advantage of all the engine has to offer. Perhaps the best thing about the Celica, aside from its stunning performance and affordability, would have to be its reliability. Of course, we’re talking world-class Toyota technology and manufacturing processes, which are the most reliable in the world.

BE FORWARD: Your Source for Used Sports Cars & More

If you’re hungry for even more high-quality, low-cost used sports cars then you’re in luck—BE FORWARD constantly have hundreds of models from different car makers in stock. Tap or click the button below to browse now.