If you ask a casual observer at a car show what they are looking for it is one of two things. The first is an outstanding example of an original vehicle. The other is the most eye catching car modifications. While an all original vehicle is often a thing of beauty and restorers work very hard to keep their cars in shape, modified cars take a great deal more imagination and originality to attract attention, frequently testing an owner’s artistic and engineering mettle in order to garner ”Best in Show” honors. Often, modifieds are the cars that capture an observers imagination, making them wonder ”how did they go from concept to reality?” Other car modifications make you wonder why in all that is holy would someone do that to a car? Let’s have a look at some of the best and craziest car modifications, funny cars, and souped up cars around. 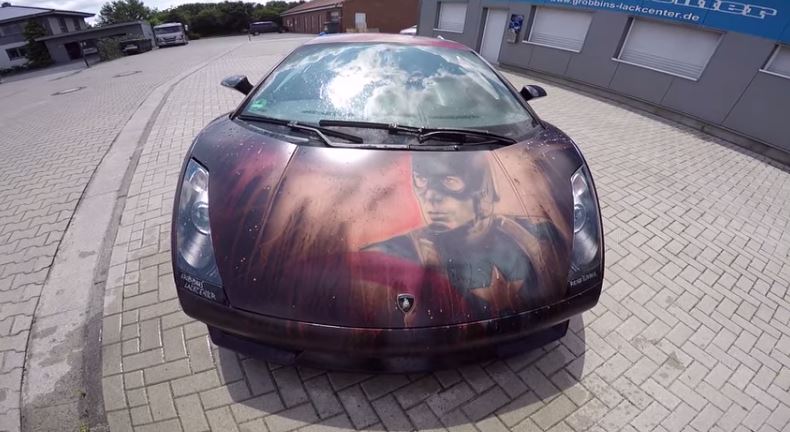 The comic books have been drawing attention for decades. Currently, the world is enthralled by the Avenger movie series. When any bit of folk fare begins to take such a larger-than-life hold on the world’s imagination, there is going to be a car geek out there who will modify their ride to match the mania. German graffiti artist Rene Turrek decided to create a work of folk art on the body of a Lamborghini Gallardo. Not satisfied to simply paint the Lambo in an Avenger’s theme. Turrrek decided to trick observers with thermochromatic pigments. At first glance, you see a ho-hum shade of purple that looks a bit out of place on any Lambo, but douse it in cold water and a great portrait of Captain America appears out of thin air. Other than the paint, there are no other car modifications to mention, but who really needs to soup up a Lamborghini Gallardo?

Normally, performance enhancing drugs(PEDs) are associated with athletes trying to gain an edge, but when you observe public buses in some countries, you have to wonder what PEDs the bus’s creator was  imbibing. In the Phillipines, it a near prerequisite that the Jeepneys used as buses have a unique color scheme or some sort of themed paint job. The buses themselves are just stretched versions of American Jeeps leftover after WWII, but the crazy paint jobs make them rolling works of art.

Along the same line, are the Japanese Dekotora buses. A Dekotora can be based on almost anything from a recreational vehicle to an actual passenger coach. Owners then add huge front ”lips” that resemble the cow catchers often seen on the front of trains in American Old West movies. Add to that jutting non-functional body parts that resemble pieces off space ships only seen in movies, LED displays that resemble televisions on wheels, and enough lighting to brighten a football stadium, then you may have some slight idea of the brashness that is a Japanese Dekotora bus. The sheer ingenuity that it takes to design one of these classics boggles the average mind. 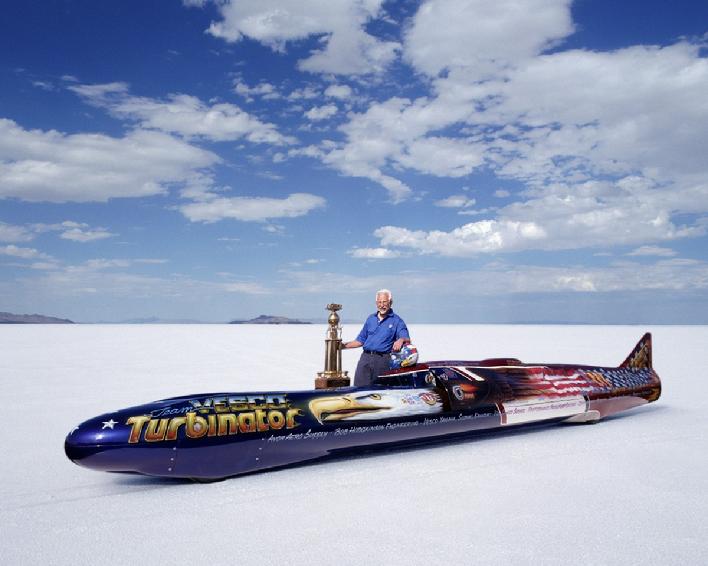 The only point of building a souped up car is speed. The same is true of a funny car. There are hundreds of shops and individuals building these cars today. With so much competition, how do you go about building the fastest souped up car ever? You use jet engines of course!

In October of 1997, Andy Green, a former RAF pilot, strapped himself into the Thrust SSC, made multiple passes across the Black Rock desert in Nevada, and broke the sound barrier twice, propelling himself into history. Incredibly, he was part of a team headed by Richard Noble who had held the land speed record until Green made his run.

Strapping yourself to a couple of jet engines is the easy way to break land speed records and falls into a different class than land speed records set by wheel-powered funny cars. It takes a whole different type of automobile genius to do that and the late Don Vesco, perhaps the Steven Hawking of speed, was just such a genius. Mr. Vesco set a world record of 737.788 kph while driving the ”Turbinator” on October 18, 2001 at the Bonnevile World Finals. The ”Turbinator was powered by a stock 3750 bhp internal combustion turbine engine; however, the engine was modified a bit to squeeze 4400 bhp out of it. In order to get that much power from the engine. 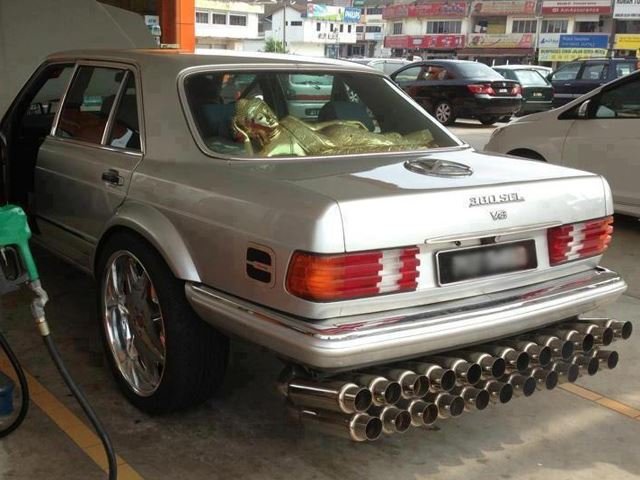 Funny cars are not supposed to be, well funny, but there are those people out there who are forced to improvise out of necessity. Two examples would be this Skoda 100 and the Lada next to it in the image. Can’t find replacement tires for your car? Hue them from a log. No spare parts for the engine? Remove it and hitch your horse to the rolling chassis. Now, that is ingenuity and hilarity all in one package.

One of the best places in the world to see modified cars is the Woodward Dream Cruise in Detroit, Michigan, USA. Woodward is the world’s largest single day celebration of everything related to cars. The event attracts well above 1.5 million visitors annually and features in excess of 50,000 muscle cars, street rods, custom, and special interest vehicles from around the world. The event is so large that it stretches across eight metro-Detroit communities. So, if you are a fan of funny cars, souped up cars of any kind, or stringently restored museum pieces, this is the show for you.