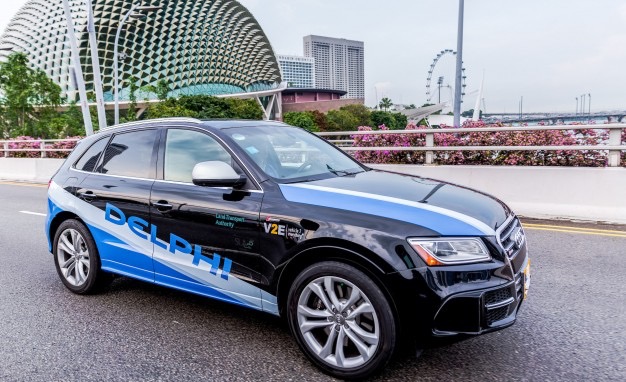 Much has been made of the autonomous cars built and powered by Google and Apple, but most people are unaware than Delphi Automotive was the first car company to venture cross-country using autonomous technology.
In April of 2015, Delphi employees drove(is that accurate with autonomous tech?) from San Francisco to New York City. Bully for the Americans! Why should you care? Delphi is taking the roadshow on an international tour, so to speak.

Delphi representatives recently announced that the company has entered into a partnership with the government of the Republic of Singapore. The three-year test program allows the world’s largest automotive supplier to test low-speed ”mobility-on-demand” vehicles along selected routes throughout the populous republic. The goal is to expand the project steadily while gradually introducing more sophisticated systems.

At the time this story was published, the first phase of the project was already underway. Delphi began testing the Audi SQ5 pictured above in Singapore’s ”one-north” business park. This is the same SUV that was driven across the States. This phase of the project is scheduled to last for about four months, then Delphi is planning to transition to Phase 2. Phase 2 is a test of six autonomous all-electric cars. These vehicles will be ”ride-hailing” operations, or taxi services if you prefer. There will be a driver as a fail safe. It’s hard to imagine an autonomous Uber-like system, but that seems to be what Delphi has   envisioned. 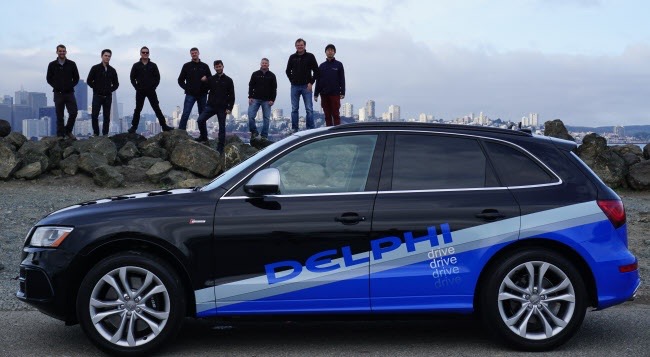 The final phase of the project is to test a small fleet of fully self-driving vehicles. These cars will not have a driver or human fail safes and will be tested in daily traffic…no designated lanes, but open traffic. This phase will be implemented in 2018 or 2019, depending on the results of Phase 2. Delphi has grander designs if the third phase goes as planned. The global giant plans to produce driverless vehicles to shuttle on-demand customers and/or cargo by 2022. That is hard to imagine given the traffic in the crowded republic. The image below is a snapshot of a traffic jam in the city. Holy crap!

Delphi’s announcement is significant in several ways. The main reason is that it is a concrete plan to reach full autonomy at a commercially viable level. Apple shrouds its program in secrecy as it does everything and Google can’t seem to offer anything certain about its program. The company calls the program ”ever-evolving.” That sounds more like ”we don’t know” than anything else.

Singapore actively sought this program by offering a closed-bid process open to all companies involved in autonomous technology. After winning the bid, Glen DeVos, Delphi’s vice president for engineering said, ”This is an exciting opportunity for us. We think this is an important but appropriate step in developing automated mobility on demand. It will be in specific areas, so think of it as geo-fenced. That limits the complexity of the deployment. We expect we will learn a tremendous amount, and by the end of the project, we can move onto the next phase, which assuming success, is to operationalize”

As to the use of all-electric cars, Singapore is a heavily congested city with a smog issue. Electric cars are a way to lower the emissions in the area, hopefully offering its citizens a healthier environment to   live in. Delphi has not announced which electric cars will be used in Phase 2 and beyond, but DeVos sees a ”symbiotic link between autonomous technology and electric vehicles.” 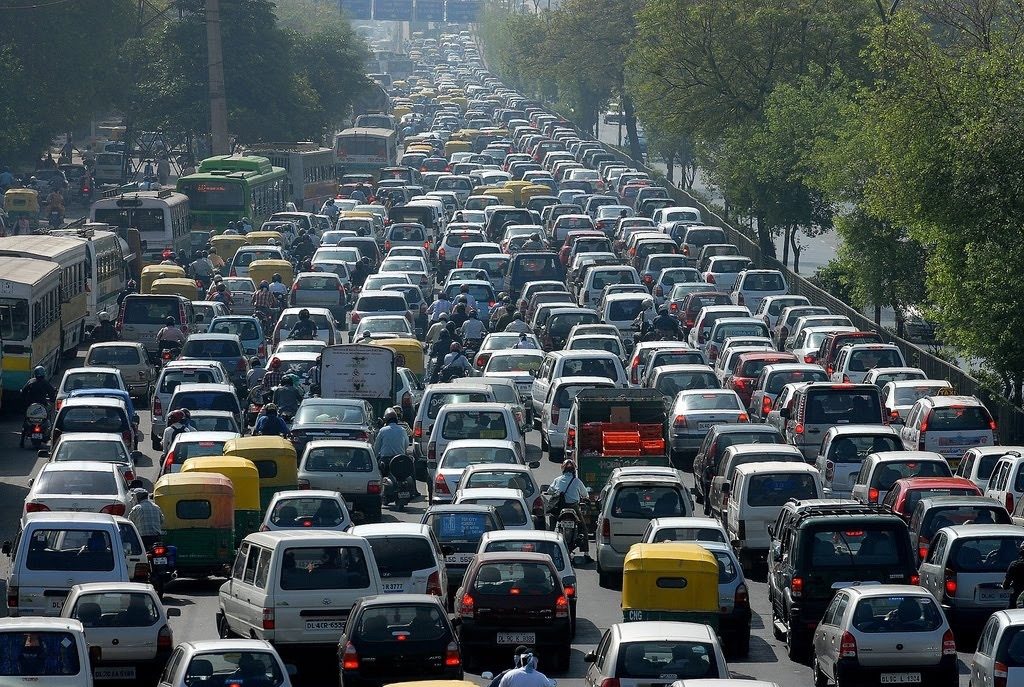 Self-driving technology can be used in any vehicle: cars, buses, taxis, trucks, or purpose-built mobility pods. It would appear that Singapore is more interested in the latter. The republic’s Land Transport Authority is working to expand the city-state’s rail network with an eye toward solving the ”first and last mile” dilemma. This conundrum involves helping commuters get from their home/offices to/from mass-transportation. Singapore officials believe that if they offer an easy-to-use option, more residents will avail themselves of mass-transit, reducing traffic volume and pollution. Delphi is designing vehicles for that purpose. According to DeVos, ”from a user-experience standpoint, that’s a very specific use case and a very different expected experience than using your own car. So we need to make sure we design that experience so it’s enjoyable, safe, and effective. On one hand, the technology has to be there. But it has to be a really enjoyable experience for the end customer, so they get really excited about it.”

What the Test Will Prove

Proving the technology is the primary goal of the program, but a byproduct will proving that the system can be cost effective. Operating a commercial vehicle in Singapore currently costs an estimated 4.075 SGD or L2.31 per kilometer driven. Delphi estimates that autonomous technology can reduce that cost by 70 percent. The key will be turning those estimates into real-time figures.