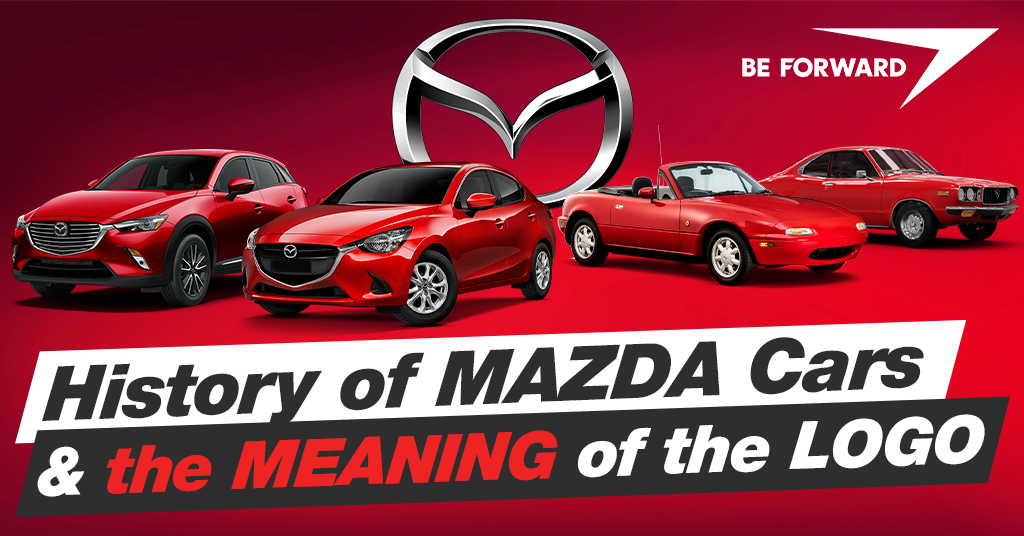 Mazda Motor Corporation simply referred to as Mazda, is a Japanese multinational automotive manufacturer with its headquarters in Fuchu, Aki District, Hiroshima Prefecture, Japan. In 2015 Mazda produced over 1.5 million vehicles, with the majority (a million) of these manufactured in Japan and the rest manufactured in other plants around the world. This accomplishment qualified Mazda to be rated as the 15th biggest automaker by production worldwide.

In the early 1960s, Mazda after being inspired by the German-produced NSU Ro 80 car that featured a rotary engine, and chose to follow that path by beginning the development of their Wankel rotary engine to have a unique identity that differentiates Mazda from other Japanese automotive companies. To accomplish this Mazda had to forge a business and technical relationship with the German company NSU which eventually led to the production of the Mazda Cosmo Sport of 1967. Fast forward to the present day Mazda has remained the only manufacturer of Wankel rotary engines in the automotive industry.

These efforts to gain attention eventually reaped the fruits as Mazda so its exports pick up rapidly, with the rotary models being the most popular due to the combination of their lightweight and power compared to the piston-engined alternatives that required much bigger engines to produce the same power. The most exported models were the R100 and the RX series (RX-2, RX-3, and RX-4).

The oil crisis in the ’80s affected Mazda’s business as most buyers shied away from rotary engines which were not so efficient. However, since Mazda did not turn its back on piston engines, it turned more focus on the production of four-cylinder models in the entirety of the 1970s, with the small Mazda Familia particularly boosting Mazda’s worldwide sales so was a bit larger Capella series.

As much as Mazda turned its attention on piston engines in the 1970s, it did not give up on rotary engines, instead, it refocused its efforts and made rotary engines exclusive for sporting enthusiasts. It began by introducing the RX-7 in 1978 and continued with the RX-8 later, and Mazda continues its dedication to the rotary engine. The focus on sports cars resulted in the development of the MX-5 Miata (Roadster) small sports cars in 1989. The Miata was very well received worldwide.

What does the “MAZDA” mean?

In 1920 a cork manufacturing company known as Toyo Kogyo was established in Hiroshima Japan. Later in 1931 Toyo Kogyo Company Limited after having already changed its business from cork making to manufacturing machine tools and rickshaws, launched its first vehicle from the factory which was a tricycle, and named it the “Mazda-go”. The idea of naming the tricycle “Mazda-go” was brought about by Jujiro Matsuda who was then the second president and one of the founders of Toyo Kogyo, together with other key members of the company.

Since the company was then managed by Matsuda, the name “Mazda-go” was fitting enough. The question remains, why “Mazda” and not “Matsuda”? In the earliest Western Asian civilization, Ahura Mazda was the God of intelligence, harmony, and wisdom. Due to this fact, the key stakeholders at Toyo Kogyo resolved to use Mazda as a symbol to mark the beginning of the West and the East civilization, but more so as a symbol of the automotive culture and civilization. Aspiring to be a light in the automotive industry, Toyo Kogyo was later renamed Mazda Motor Corporation. But the name “Mazda” served as a perfect way of paying respect to one of the founders (Jujiro Matsuda), whose family name almost sounds like “Mazda”.

What does the Mazda Symbol Mean?

According to Mazda their symbol with a stylized “M” portrays an image of wings in flight and embodies Mazda’s flight towards the future. The “V” in the center of the “M” spreads out like an opening fan, representing the flexibility, vitality, creativity, and passion that is Mazda. The symbol in its entirety expresses the solid and sharp feeling that Mazda will be expecting in all of its products. The dynamic circle symbolizes Mazda’s readiness to spread their wings as they enter the 21st century.

What do you need in a car? Most people look for comfortability and fun when they choose a car as they are likely to spend a lot of driving. If that is the case, then a Mazda will be a great choice. It is known that Mazda’s offers some of the best performance cars with high-end quality interiors.
Please visit BE FORWARD and check out our vast list of Mazda’s that are on sale and see for yourself how appealing the Mazda’s are, but that is just a piece of the cake, buy one and you will never regret.

ALL MAZDA FOR SALE