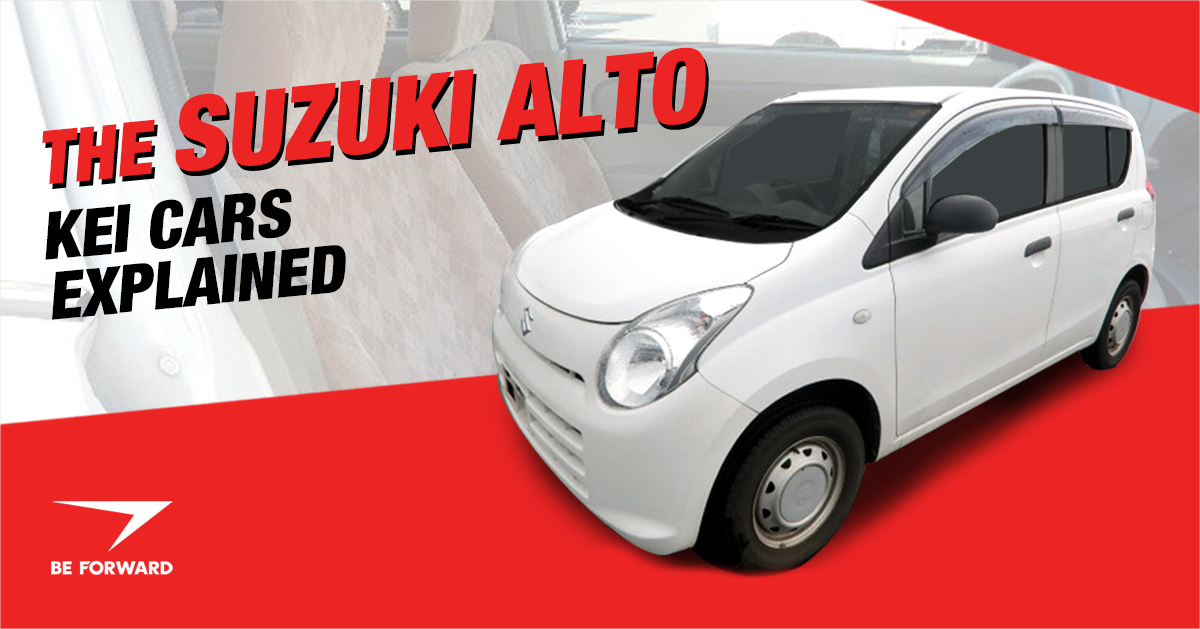 The Suzuki Alto is designed to fit a very specific set of standards, otherwise known as Japanese “kei” car standards. While many countries see these cars as undersized, sometimes even cartoonish (we prefer “cute”), they fit in perfectly with the way that the Japanese see transportation, a means to an end, that is, inexpensive and reliable transportation. It seems that others are catching on, but just what is so good about kei cars?

The Suzuki Alto vs. the Traditional Kei Car

How does the Suzuki Alto measure up in the world of kei cars? Let’s take a look at its engine performance, fuel economy, and key features to see where it stands.

What are Kei Cars? 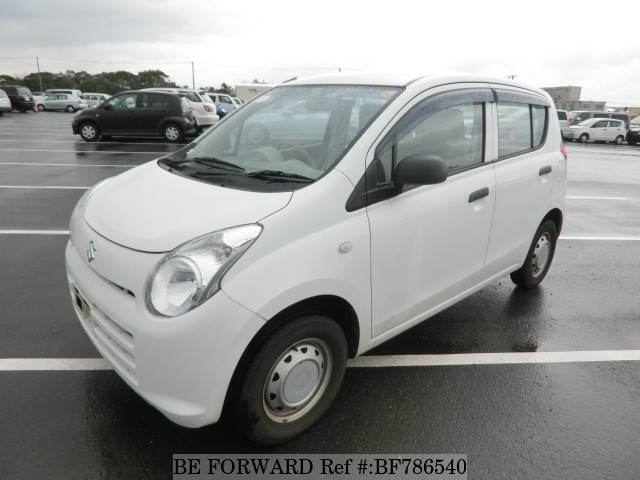 As much as a bowl of rice and a pair of chopsticks are an essential staple on the tables of Japanese families, the Japanese “kei car” is just shy of being a staple in their stables, that is, the garages and parking lots of Japanese families across the country. Originally, Japanese kei cars were built to encourage people to buy cars, mostly by making them easier to own due to:

In Japanese, “keijidōsha” literally translates as “light automobiles” and, in order to meet Japanese kei car standards, a kei car can be no more than 11.5 ft long, 4.9 ft wide, and 6.6 ft tall, at least since March 1990. When the standards were first enacted, the maximum size was 9.2 ft long and just 3.3 ft wide! Also, engine size was regulated, 1990-and-up cars with a 660 cc maximum displacement and 63 maximum horsepower.
Interestingly, before 1990, engine sizes were limited, depending on year, from just 100 cc to 550 cc, with no limits on horsepower, which led to some interesting innovations with regards to power output, such as the addition of turbochargers and superchargers.

The Impact of Kei Cars in Japan

While big vehicles have reigned supreme for decades in other lands, Japanese kei cars have formed the backbone of local and national transportation on Japan’s 1.2 million kilometers of roadways. In America, for example, the Ford F-Series pickup truck has been the best-selling vehicle for over thirty years! With its tiny footprint, most Japanese kei cars can fit in the bed of a Ford F-150, though you’d have to leave the tailgate down! 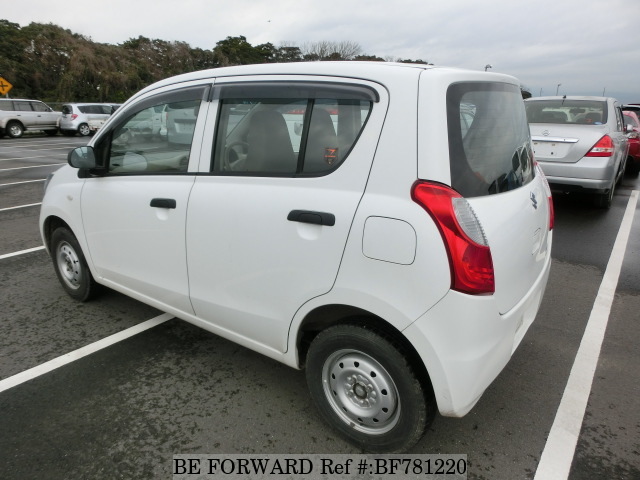 The popularity of the Japanese kei car is so widespread, in fact, that it is estimated that about 50% of the country drives one, ranging from as little as 11% in Tokyo, to as much as 98% in Tottori Prefecture. Since 2003, the best-selling kei car, in Japan, has been the Suzuki Wagon R. 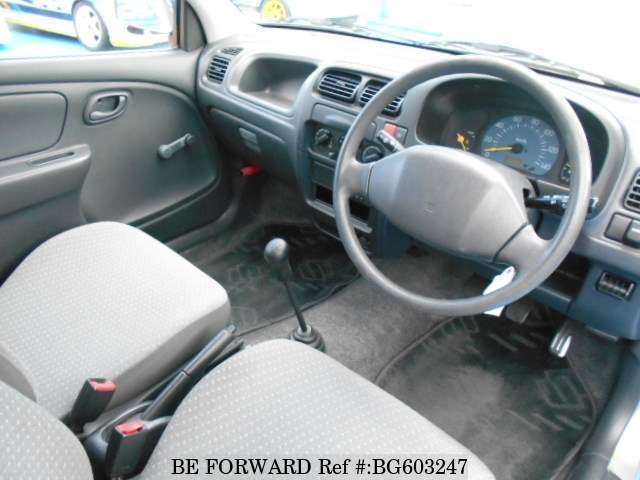 Above: Interior of a used 2004 Suzuki Alto

Its smaller relative, relatively speaking, the Suzuki Alto, was originally introduced back in 1979 and was also known as the Suzuki Fronte, FX, Hatch, and even the Maruti 800, which went on to be India’s best-selling car from 1983 through 2004. In fact, the Indian variant continues to sell there, making it the country’s longest-selling automobile, as well!

Suzuki first entered the kei car field with the 1979 Suzuki Alto, a converted three-door “commercial” version of the Suzuki Fronte sedan. Because it had a folding rear seat, ostensibly for carrying cargo, the regular automotive emissions and safety standards didn’t quite apply, so Suzuki could undersell many other kei cars of the period by eliminating “features” such as rear doors and catalytic converters. 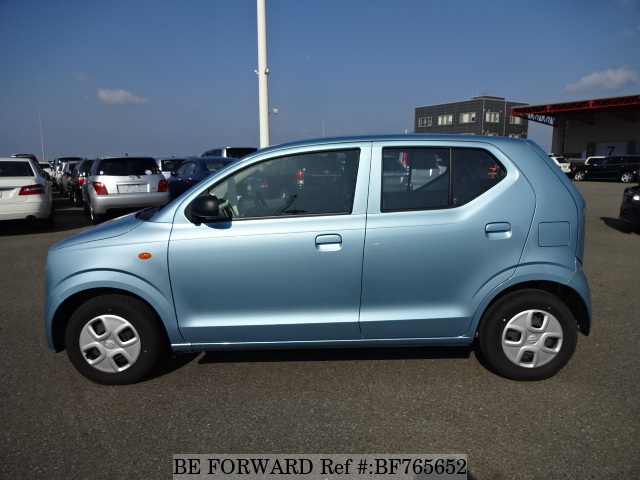 Even the rear windows were optional, standard fitted with opaque fiberglass, as befitting a “commercial” vehicle. At a time when the cheapest American Ford Pinto cost $5,000, the Suzuki Alto was practically a steal at under $2,000, though air conditioning was an optional feature for a small premium.

One of the first changes that came along was in the powertrain department. Former small-displacement engines in the Suzuki Alto generated a maximum of just 27.6 hp and 30 lb•ft of torque from its 543 cc engine. “Acceleration” and “power” were inappropriate buzzwords to use when describing the first-generation Alto, which was far better in the “fuel economy” department than anything. 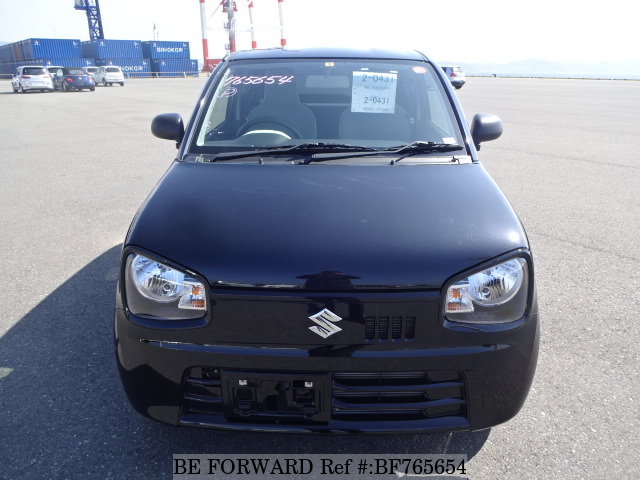 The second-generation changed that, a similar 543 cc engine, this one featuring a multi-valve intake and exhaust system and a turbocharger, boasting power output of 63 hp. Incidentally, five years later, 63 hp became the legal limit for vehicles qualifying as “Kei” cars.
Over the years, safety enhancements have been added, such as crush zones, side impact protection, and anti-lock braking systems, not to mention power locks and windows, air conditioning, even engine start-stop systems, but the goal has always been essentially the same, to provide reliable and economical transportation. 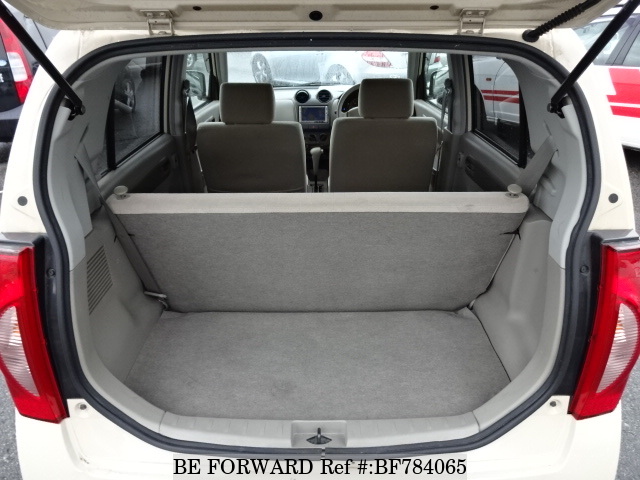 Of course, here we are nearly forty years later, and the Suzuki Alto is still with us, albeit with some changes and facelifts along the way, but still just as cute and fun as it has ever been.

While all Japanese kei cars are small and inexpensive, they aren’t necessarily lacking in features. With the introduction of the 2015 Suzuki Alto, marking the eighth generation of this popular Japanese kei car, Suzuki at once heralds the future of economical transportation while paying homage to its past. Outside, the new Suzuki Alto features retro styling, taking cues from the first-generation Japanese Alto, as well as styling cues drawn from small European cars.

Interestingly, this is the biggest Suzuki Alto ever, all 11.48 ft long and 1,962 lb of it, four doors and a hatchback, as well as room for up to four passengers. Front electric windows and power locks are standard, as is a fuel-economy-boosting engine start-stop system. 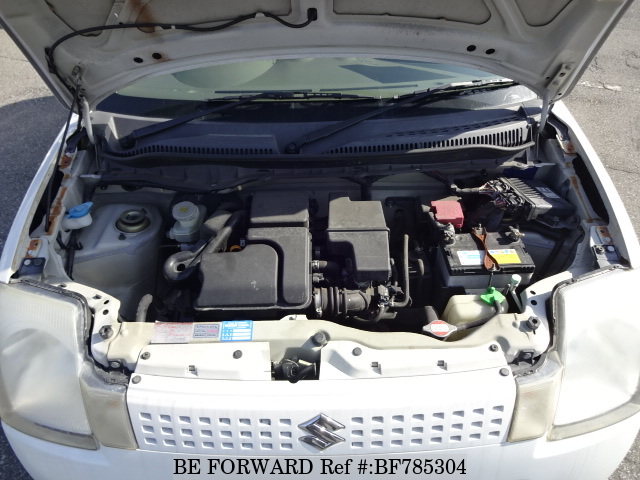 Above: Engine of a used 2006 Suzuki Alto

At the same time, it also weighs in some 160 lb less than the outgoing seventh-generation Alto, which gives it a fuel economy and performance advantage, better able to make use of all 658 cc displacement in three cylinders. Able to accelerate from zero to sixty miles per hour in just over 11 seconds and reach a top speed of 96 mph, its small size makes it surprisingly fun to drive, yet is quite stable at highway speeds.

At the same time, the company affirms the Suzuki Alto features fuel economy in the mid-80 mpg range. For even more fun, although it probably won’t qualify for kei car tax breaks, there is a Turbo RS version in the works, featuring up to 58 lb•ft of torque, an unspecified horsepower rating, sport-tuned suspension and brakes, and a sporty design scheme. 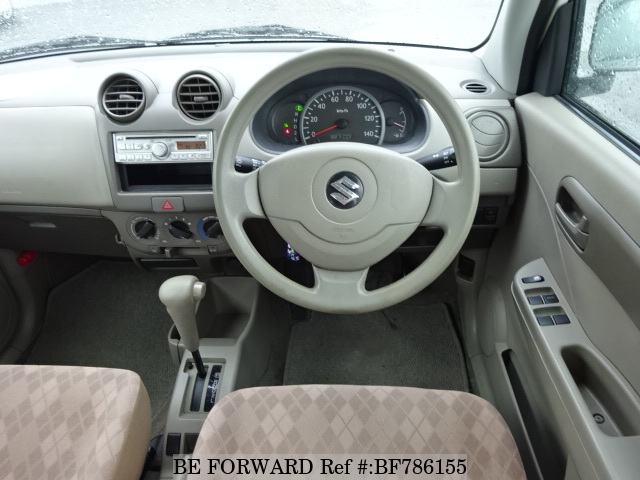 Above: Drivers seat of a used 2009 Suzuki Alto

Still, it should deliver around 60 mpg fuel economy. The new Suzuki Alto may not be the fastest thing on the road, but it just goes to show that you don’t need to spend lot of money to get a fun and reliable ride.

Find a Low Cost, Reliable Suzuki Alto with the Help of BE FORWARD

In the world of kei cars, it’s no wonder the Suzuki Alto ranks so high in the popularity scale. Want to know more about kei cars and the Alto? Check out our similar articles below and see the great low cost models BE FORWARD has in stock below!