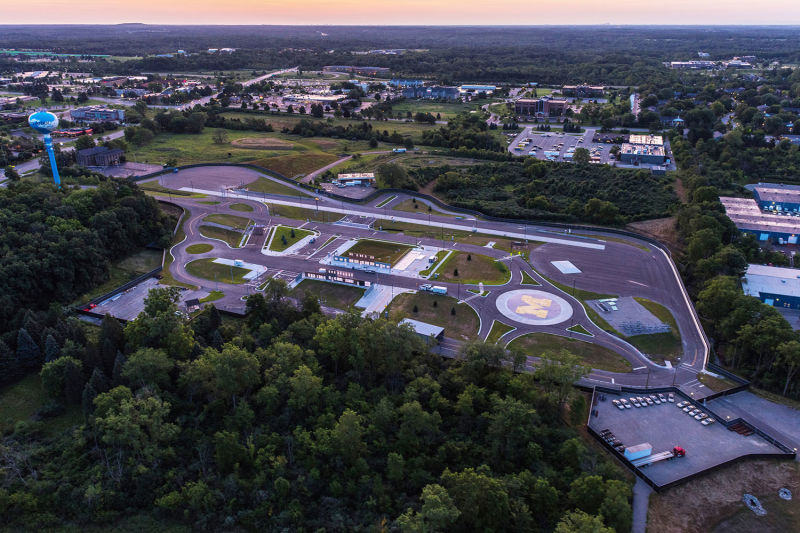 If you build it, they will come. A well known line from the movie A Field of Dreams, but it is poignant here as well. In this case, the ”they” are autonomous cars coming to Mcity. A city where no humans can roam the streets or occupy the buildings. A city dedicated to the testing of driverless and connected vehicles of all types and sizes. The goal, according to a recent write-up in Automotive Testing Technology International is ”to develop and implement an advanced system of connected and automated cars in Ann Arbor(Michigan, USA), by 2021. The proving ground, part of the Mobility Transformation Center(MTC), is intended to facilitate the smooth transition from hectic, stressful traffic to the serene movement of millions of people around the globe without incident or accident.

The project was no small undertaking. To turn an entire testing area into something that could be transformed on a whim to present different driving scenarios took quite an engineering feat. Fortunately, unlike many large projects, Mcity seems to have gone off without a hitch from paper to pavement. Peter Sweatman, director of Mcity, declares that ”the original design is pretty much what we ended up with. It’s taken just two years. There were a few items that needed to be truncated or shifted on the site because of wetland considerations, but not much more than that.” The facility, located on the grounds of the University of Michigan’s(UM) north campus research facility, represents a US $7 million of investment contributed by UM and the Michigan Department of Transportation. An additional US $3 million worth of equipment and services were contributed by partners and suppliers that include Bosch, Nokia, and Denso. To generate further operating capital and open the facility for global reach, there are varying levels of contribution that can be made. Partners at the Leadership level are asked to contribute US $1 million over a three-year span. Current Leadership members are Ford Motors(who tested the first vehicle at Mcity), GM, Honda, Nissan, and Toyota. Subaru and Changan are partners at a lower investment level. 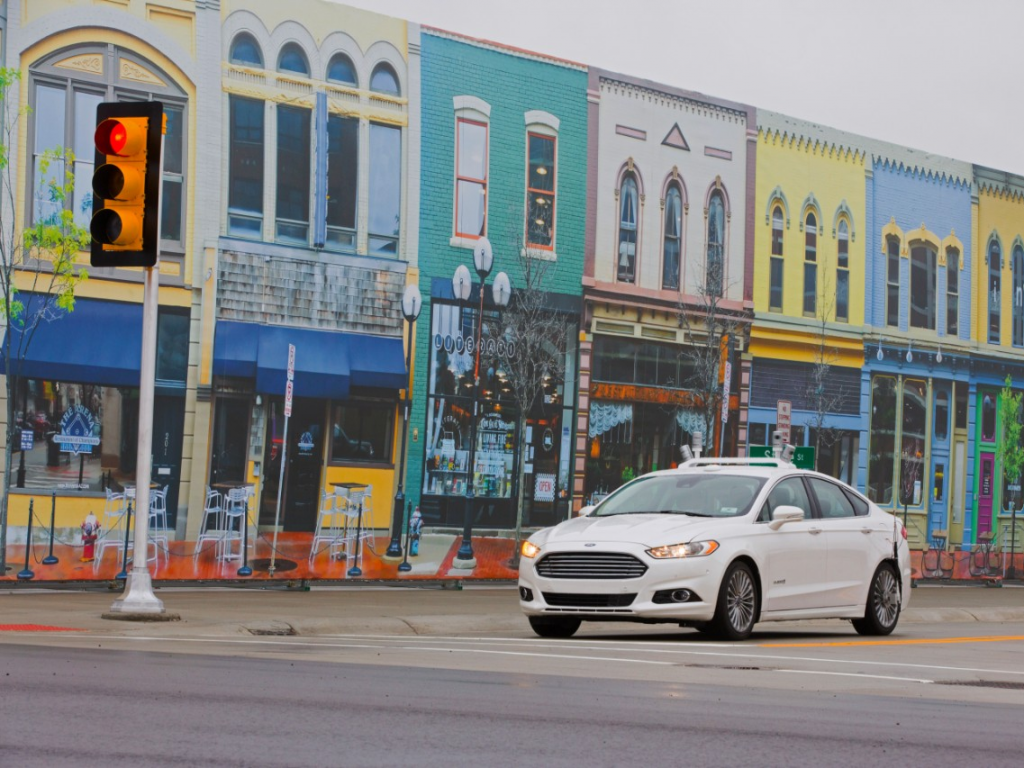 The facility features many of the challenges that driverless and connected vehicles would encounter during a typical commute. The test area can be set-up to mimic congested urban or sedate suburban driving conditions. These challenges include 8 km of traffic signs and signals, intersections, simulated buildings, benches sidewalks, construction barriers and mechatronic pedestrians that just pop out of nowhere to test onboard sensors and  braking systems. To add to the realism, there are areas covered with a tree canopy and a tunnel that will temporarily block all wireless and GPS signals from reaching test vehicles.

Even the buildings are meant to represent potential obstacles. MTC’s deployment director, Jim Sayer, says, ”The downtown area has building facades built from glass, brick, wood, vinyl, and aluminum, because different processing technologies will be reflected by the surfaces differently. The whole facility is build to real-world standards.”

To meet those standards, Mcity was not built based on the thoughts of a few well qualified engineers. The facility’s design is based on the data collected during a program that began in Ann Arbor in 2012. That year, the US Department of Transportation funded a program to outfit 3,000 private vehicles, various intersections, curves, and freeway sites with intricate short-range communication devices so that vehicle-to-vehicle(V2V) reporting could take place in real time. The results were positive, but needed to be expanded upon, so the program grew in 2014 to include 9,000 vehicles and 70 square km of roadway. By the end of 2015, the program included nearly 20,000 vehicles and 2016 should see the implementation of 2,000 fully automated vehicles. As funding continues, the goal is to have a fully connected and automated system on the public streets of a major portion of southeastern Michigan, an area the size of many European countries! Still, every scenario can not be anticipated, even with huge volumes of data. To accommodate the unexpected, much of the test area is open for easy redesign. 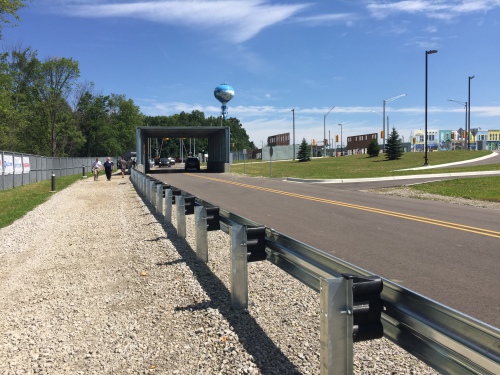 A project on the scale of Mcity could not function without a clear set of core values to focus development. According to Sweatman, MTC ”considered the most challenging aspects of future mobility and saw a need for a facility that could support rigorous, repeatable testing of new technologies before they are tried out on public streets.” To meet that need, the MTC team identified four core items: technology, risk management, customer value, and societal impact. The tech core looks strictly at infrastructure design. The risk management core addresses cybersecurity and how equipped and non-equipped cars will interact. The third core looks at safety, smart parking, and congestion reduction. The last core takes an indepth look at how public policy, urban planning, energy, and emissions impact the tech and vice-versa.

If you would like to take a virtual tour of the facility or see more of the project specs, please visit the facility’s dedicated website linked here.