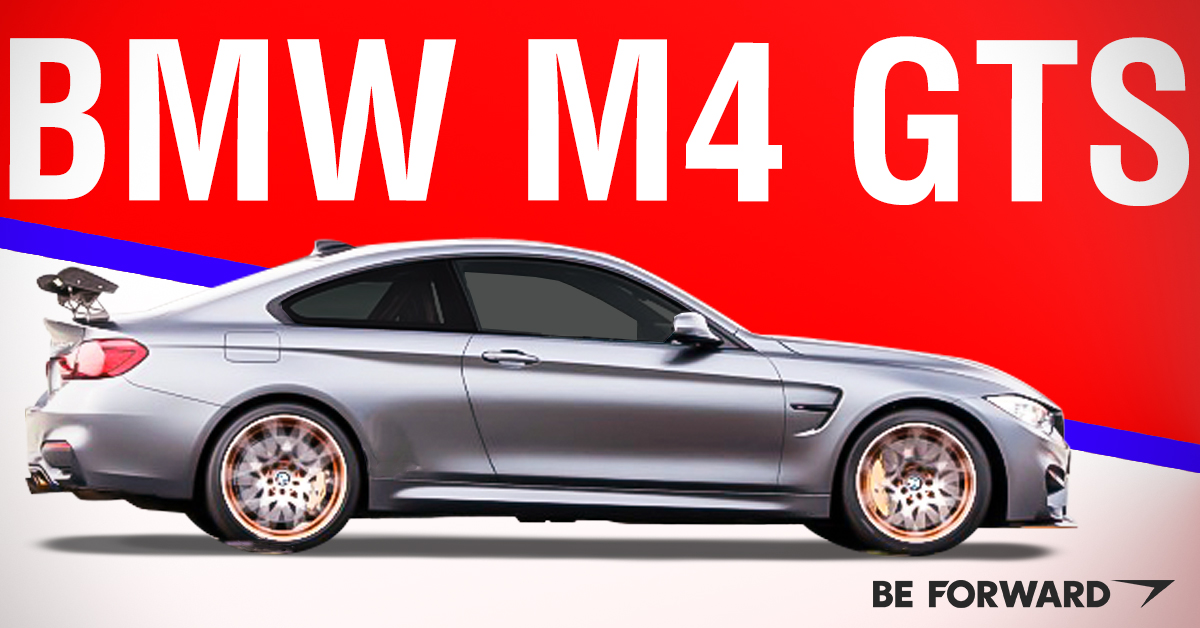 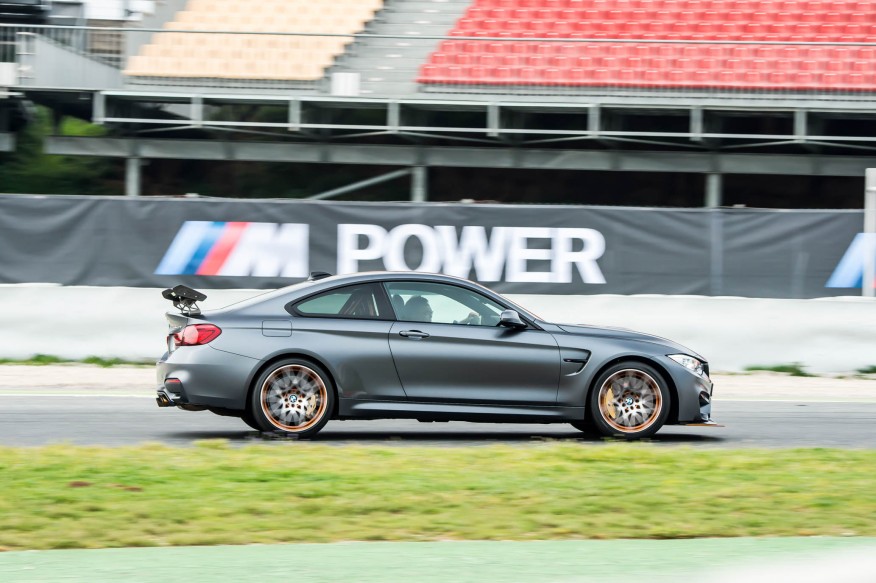 The 2016 BMW M4 GTS has a tonne of talking points to keep a writer abuzz article after article. About the third one in, most readers would be eyesore and sick of the topic, so we have to condense everything down to a single post and hit the highest of the highlights. So, what is that highlight? Water. Yes, two simple hydrogen molecules attached to a singe oxygen atom could quite well be the highlight of the M4 GTS.

What’s Water Got To Do With It?

Your body is nearly 60 percent water; most of the Earth’s surface is covered in water; you drink it everyday(there is some water in your pint, so you’re covered); so what is so special about water. The quick answer is the water injection system that BMW is using to cool the intake charge as it moves into the plenum of the S55 twin-turbo inline six that powers the M4 GTS.

Is this a totally new concept? No, not even for production models. Oldsmobile attached a methyl-water injection system on the 1962–63 Oldsmobile Jetfire. The system failed on nearly every unit sold; not because the system was poorly designed, but because owners would forget to refill the reservoir tank with Oldsmobile’s ”Turbo-Rocket” fluid. Driver error caused a negative perception of the system, so it was scrapped. 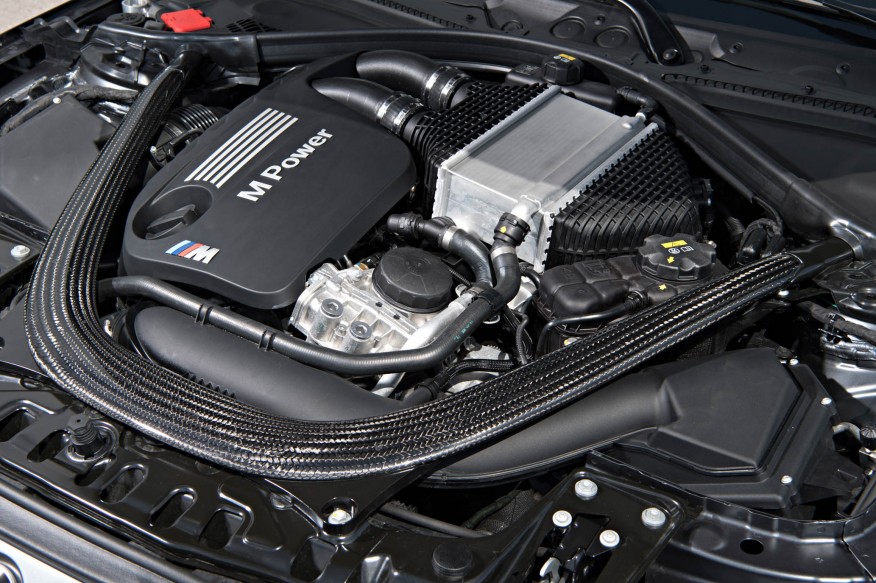 With turbocharged engines, a cooler stream of air in the intake results in more power. One challenge that engine designers face is that the short path running from the air filter, through the turbos, over the dual-cam cylinder head, then into the air-to-liquid intercooler, can cause air to reach temperatures in excess of 100°C, robbing power. Injecting water into the hot air can drop its temperature by an average of 25 degrees. Jurgen Poggel, head of engine development for M GmbH, has seen temperatures drop as low 49°C under extreme circumstances during testing. This cooler state stops engine knock, excessive detonation of fuel, and allows the turbos to produce additional boost: 21.6 psi compared to the 17.2 seen in the lower level M4. The overall effect that a driver will experience is a jump in horsepower to 493 bhp in the M4 GTS…49 extra ponies when you look at the M4 equipped with the Competition Package.

Just about any liquid can perform this bit of Harry Potter style magic. BMW could have used the same mixture that Oldsmobile tried in the Jetfire and achieved similar, if not better results. Most other mixtures would have increased the amount of noxious gases emitted by the GTS. In an age of tightening emissions controls, this is an overbearing consideration for all manufacturers. Water doesn’t change emissions because there is nothing in distilled water than can combust.

The system does not draw water from thin air. There is a 4.9L tank hidden under the floor in the boot. Under average driving conditions, this tank will need to be filled every fourth or fifth top off. Since the water system is only active above 5,000 rpms, track conditions change the water consumption and will drain the system after a single tank of petrol. BMW had the forethought to prepare the M4 GTS for such eventualities as running out of water and the probability that the water could freeze during the winter. If the water reservoir runs dry, the engine automatically converts to the tuning seen in the 444 bhp M4’s. To prevent freezing and corrosion, all water lines drain when the engine is shut off. The system will prime in a matter of seconds upon startup and will be ready long before a sane driver will be calling for 5,000 rpms.

Anything Else Of Note? 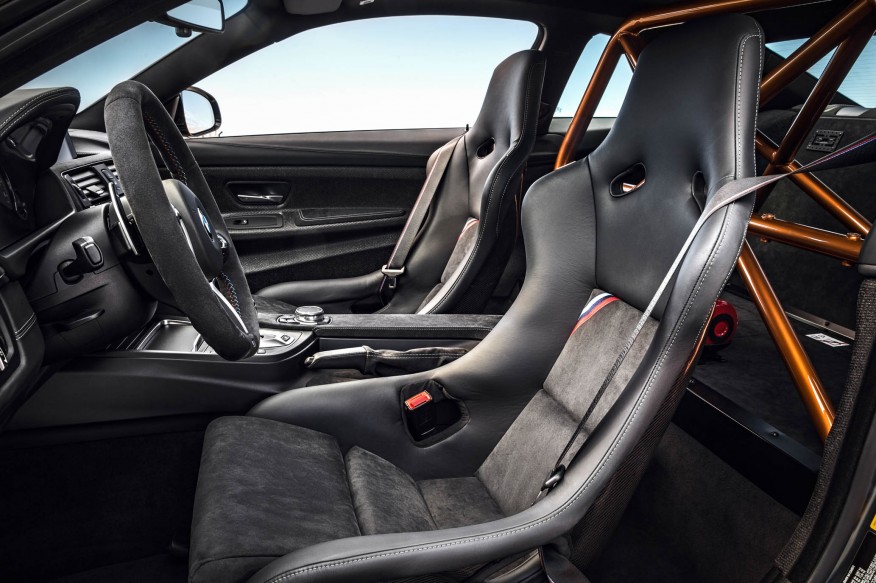 Of course, there is. BMW does not build an M4 without extra fun things to play with and the GTS takes that in a track orientation. Carbon-fibre is everywhere. The GTS has a carbon-fiber bonnet, roof, strut brace, driveshaft, rear wing, front splitter, and rear bulkhead. Then there are the added weight savings from the carbon-ceramic brake rotors and extremely light interior trim taken from the i3. Everything down to the ultra-light carbon-fibre seats is designed to offset the weight added by the water injection system. Then there is the suspension set-up. The basic system used in every M4(struts in front, rigidly mounted rear subframe with multilink, and an electronically controlled limited-slip diff) remains, but the GTS adds three-way adjustable dampers with external reservoirs and adjustable perches for the springs. To handle the extra power, BMW uses Michelin Pilot Sport Cup 2 tyres, 265/35ZR-19 in the nose and 285/30ZR-20 on the trailing end. The result of all of these machinations is a 7:27.9 lap around Nurburgring Nordschleife. That is better than a Ferrari 458 Italia can manage, proving the M4 GTS’s chops as a track-worthy car.

When you look at the asking price of an M4 GTS you may just mess your trousers. The tag is more than double that of a base model M4. That price point was arrived at because all of the upgrades are expensive. Add to that a limited run of just 700 units worldwide and you can see how BMW arrived at its asking price with full expectations of selling out quickly!