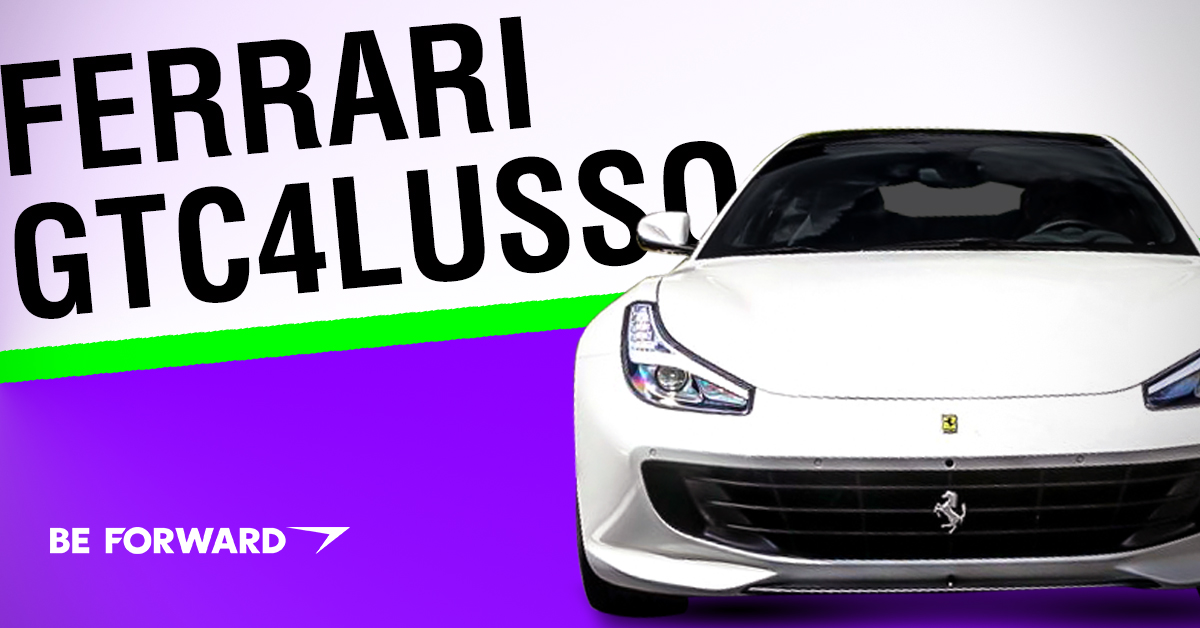 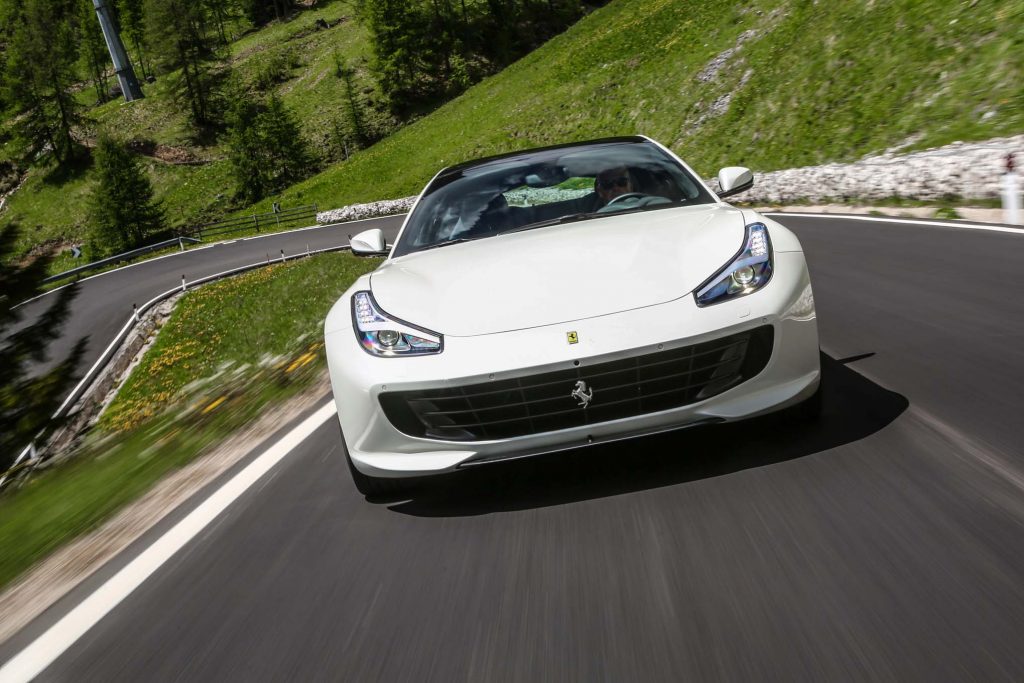 The Ferrari FF has come and gone. Just as well. The four-seater was unable to generate much interest despite an inspirational V12 that produced a top speed of 335 km/h. There was just something about a estate wagon-ish AWD wearing the Prancing Horse that seemed to turn potential buyers off. So, Ferrari went back to the drawing board and; viola, the 2017 Ferrari GTC4Lusso. 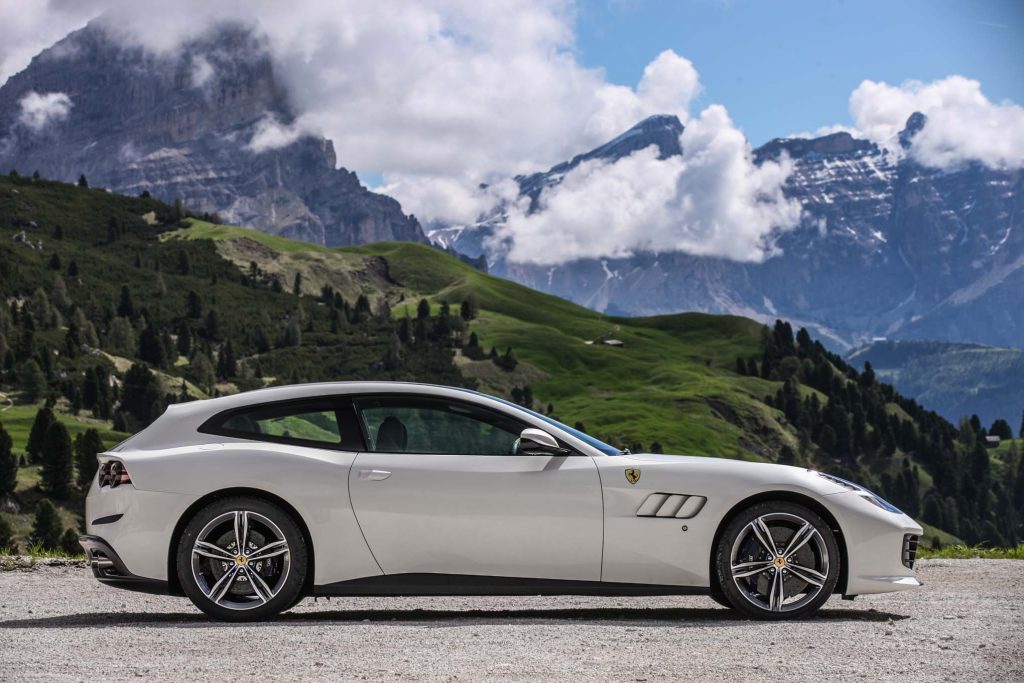 Ferrari aficionados will undoubtedly harken to the 205 GT Berlinetta Lusso. But why would Ferrari add ”Lusso”, which means luxury, to the badging of another four-seater estate wagon-ish offering? Because the GTC4Lusso, while built on the same platform as the FF, has been upgraded in every aspect.

Under the Bonnet and at the Wheels

Power is still provided by a naturally aspirated V12, but it has been tweaked to offer 680 bhp at 8,000 rpm…a boost of 29 ponies over the FF. The extra horsepower comes courtesy of a redesign of the combustion chambers that increases the compression ratio from 12.3:1 to 13.5:1. The engine management system is so finely tuned that it can fire each spark plug up to three times per cycle and  recognizes the octane of the fuel in real time. These facet of the system improve drivability, fuel consumption, and avoids detonation. The system sounds overly complicated, which has been known to mean uninspiring. Not so here. The V12 delivers 80 percent of its torque at 1,750 rpm and there is a tremendous surge of power all the way to redline.

The all-wheel-drive system, referred to as the 4RM-S, is an upgraded version of the innovative 4RM setup brought over from the FF. Up front, drive is provided through a small gearbox. Ferrari likes to call it a power takeoff unit(PTU). The PTU is bolted directly to the front crankshaft. This unit, offering two forward gears and one for reverse, uses a wet multi-plate clutch to manipulate the front wheels individually, when needed. The gear ratios upfront are slight larger that the second and fourth gears of the seven-speed dual-clutch gearbox. The 4RM-S can send up to 20 percent of the 697 N-m of torque coming from the engine to the front wheels, but the PTU can direct as much as 90 percent of the delivered torque to a single wheel as needed. This torque distribution compliments the active four-wheel steering of the GTC4 Lusso, a first for a Ferrari gran turismo. The four-wheel steering system is based on the setup seen on the Ferrari F12tdf, plus adds thrust-vectoring control. Thrust-vectoring allows the system to turn just the inside rear wheel into a corner; thus, improving chassis response under challenging conditions. 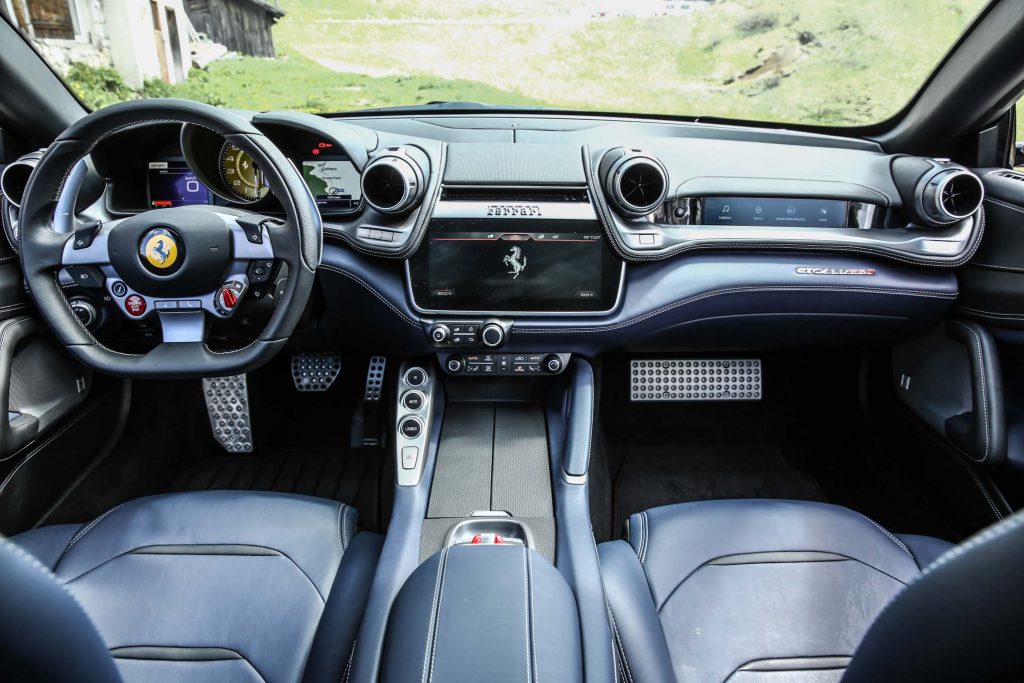 If you have ridden in a Ferrari, you know to expect some stiffness and a little rougher ride than you will get from a luxury coupe or estate. Throw in a powerful engine and you could have trouble holding this thing on the road. One of the first items that a driver will notice when operating the GTC4Lusso is that there is no understeer. Test drivers have said that no matter how hard they pushed the units provided by Ferrari, the GTC4Lusso went where it was told to. From time to time, you might feel a slight wiggle in the rear before the AWD system balances power, but you have to be kicking the V12 in the arse right out of a tight turn to feel it.

As to that notoriously rough ride. The GTC4Lusso dances over bumps in the road as you would expect the Prancing Horse on the grille would…light and delicate, but always composed. It takes a great deal of computing power to achieve a ride like this. The 4RM-S, the four-wheel-steering systems, a futuristic electronic rear diff, MagneRide electronic dampers, antilock brakes, and traction control, are all integrated by Ferrari’s Side Slip Control system (SSC4). The SSC4 works overtime from the instant you press the pedal. Constantly predicting slip angles, the system demands countermeasures to change front and rear roll stiffness. This can be done through damper rates and torque vectoring. All of this is done in a split second so that the GTC4Lusso does exactly what its driver wants at all times.

Ferrari started the interior upgrades with the steering wheel. The wheel is all new and will be installed in all future Ferraris. It features a smaller airbag with the horn in the center. For minor controls, the GTC4Lusso features the same setup as found in the Manettino. The GTC4Lusso offers the same Snow, Wet, Comfort, and Sport modes and the stability control system can be switched off, but there is no Race mode. This is a nod to the demographic the GTC4Lusso is aimed at. The demographic is ten years younger than the traditional Ferrari buyer and drives their vehicle on much longer trips. Ferrari product marketing executive Nicola Boari says, ”They weren’t looking for more performance. They were looking for more ways to use the car.” These customers also complained about cabin noise from the exhaust, so the secondary exhaust baffles remain closed until 4,500 rpm. The result is a cabin as quiet as any luxury coupe around. 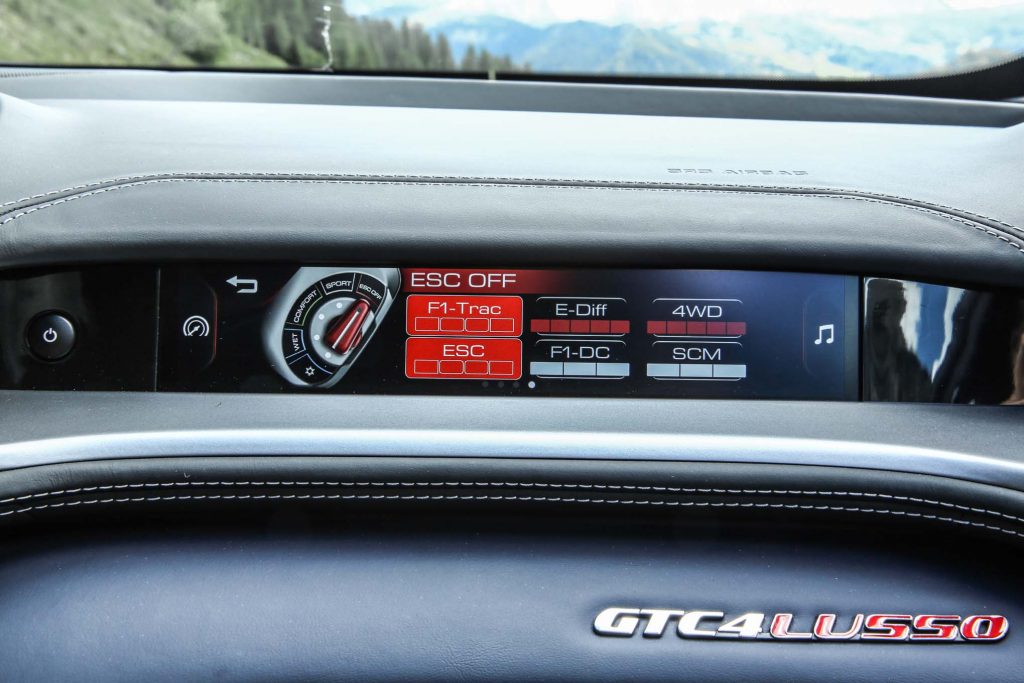 For the techie buyer, Ferrari has upgraded its famously poor infotainment system. The centerpiece is an HD touchscreen that allows you to swipe between modes, pinch and zoom, and choose split-screen views. The nav system is based on Google Earth and owners can hook into Apple CarPlay.

You can play with the tech center in a much more modern cabin space than will be found in older Ferraris. The front seats are supportive yet comfortable, but the rear seats leave a great deal to be desired. At least rear legroom has been increased by 16 mm over the FF; however, it is still a tight fit for most adults.

The FF was a bit bland, especially for a Ferrari. So, Ferrari’s in-house style team went to work. The first thing to be done to create a taut, athletic surface with crisp, concise details. How, you may wonder. The list is fairly long, but includes: eliminating the reverse angle at the rear of the daylight opening; adding 28 mm in width across the rear; a three-vane side vent; a broader grille; a spoiler over the rear window; and a rear end with four taillamps.

Ferrari may have a true gran turismo in the GTC4Lusso, not the flaccid attempt seen in the FF. It can be breathtaking quick, comfortable and capable, smooth and nimble; all at the same time. The GTC4Lusso is perhaps the answer Ferrari has been looking for to fit the needs of the 30-something demographic with business and family on their minds.