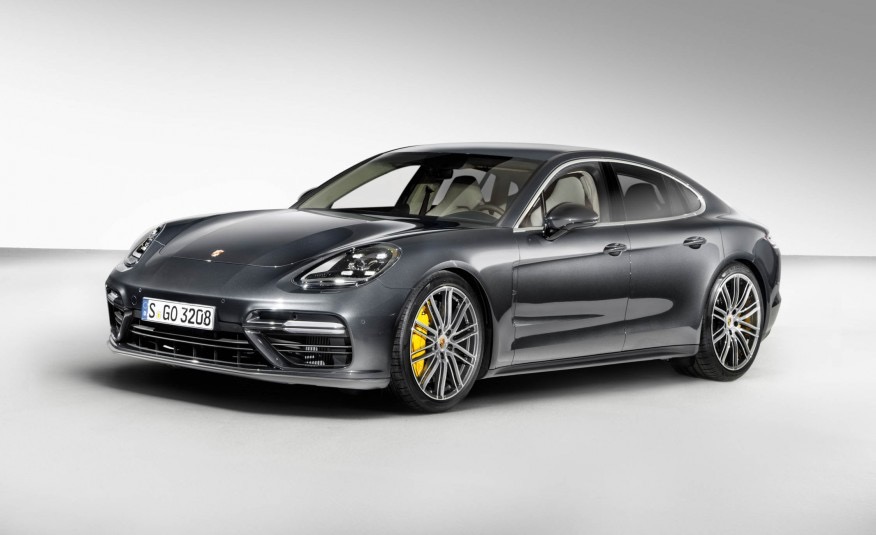 Several years ago, Porsche was looking for a way to expand its market. Casting about for solutions, the company had many options on the table. Even though the world is inundated with three-box saloons, building another was a viable option…safe and proven. In the end, a decision was made to move into the luxury hatchback realm. At the time, there were few contenders in the market. Since the first Panamera rolled off the assembly line, the Tesla Model S and Audi A7 have joined the ranks, though. Despite the added competition, the Panamera is able to stand out. Larger than the A7 and far more luxurious than the Model S, the Panamera is a valid contender when put up against the Audi A8, BMW 7-series, and Mercedes-Benz S-class.

What do you do when you are already receiving such high praise? Take everything a step further: go bigger, add power, boost performance, and upgrade the tech toys. After that, you address the styling issues brought up by current owners.

What’s New Under the Bonnet

No matter how much we try to pretend otherwise, one of the first questions everyone asks about a car is what’s under the bonnet. In this case, a lot is new. The first powertrain to be released will be a twin-turbo V6 in the Panamera 4S. This engine is rated for 440 bhp. Buyers can opt to upgrade to the Panamera Turbo that is powered by a twin-turbo V8. Rated for 550 bhp, this engine is sure to thrill. In the Euro-zone, there will be a 422 bhp turbo diesel V8. The only carryover engine is V6 TDI; however, it is not available in all markets. There are plans for a Turbo S model that will deliver 600 bhp. The first production units will all have an eight-speed dual-clutch automatic gearbox.

These engines all perform well. The 4S has a claimed 0-100 km/h time of 4.2 seconds. The Turbo shaves that down to 3.6 seconds. Add the optional Sport Chrono package and you can lower those times by about 0.2 seconds thanks to the package’s launch control function. The 4S has a claimed top speed of 289 km/h and the claimed top speed of the Turbo is 306 km/h. Unfortunately, the power and speed boosts have robbed the Panamera of fuel efficiency, lowering it by approximately 10 percent for both models.

The Volkswagen Group developed the Modularer Standard-Baukasten(MSB) architecture a few years ago. The idea was to have a basic underpinning that could be adapted for multiple powertrains and drive systems and could be used by all subsidiaries. The Panamera is the first model to be built on the MSB. While that is a point of interest, the four body variations that Porsche has built on this platform of more interesting. In addition to the hatchbacks, Porsche has revealed that it will release an estate wagon and a stretched version.

The updated Panamera features a lower roofline over the rear passenger area. Despite the lower roofline, there is more than enough headroom for the average passenger. For added aesthetics, the side windows have been made to imitate those in the 911. For the sake of practicality, the cargo space has been enlarged, too.

Porsche focused heavily on the interior of the Panamera. The look and feel of luxury is everywhere, characterized by angular horizontal lines. The deep, plush seats seem to envelope passengers, front and rear. 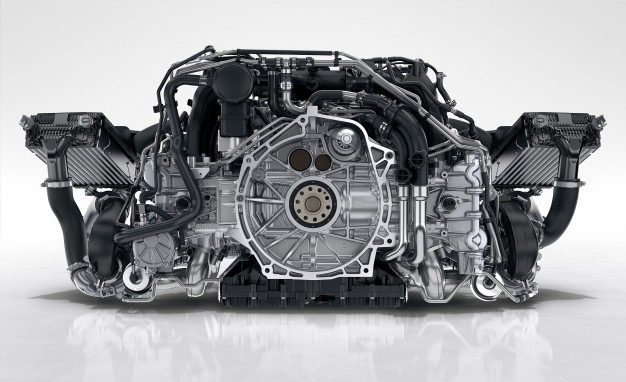 The driver is treated to a technical cornucopia. The new user interface revolves around a touchscreen interface in the center console(buyers can opt for a rear center screen as well). Up front, Porsche has mounted a large TFT screen above the center console. Directly ahead, the driver is faced by a fairly slim instrument group. The group features an analog tachometer flanked by TFT screens. Regrettably, Porsche opted to forgo a heads-up display; a glaring omission when you consider that a HUD is available in most BMW and Mercedes-Benz offerings.

Professional road warriors have said that the Panamera shows outstanding roadholding skills. The balance between comfort and performance is said to be unrivaled. When the optional three-chamber air springs, active anti-roll system, and the rear-wheel-steering system are added, the Panamera becomes a driver’s dream. 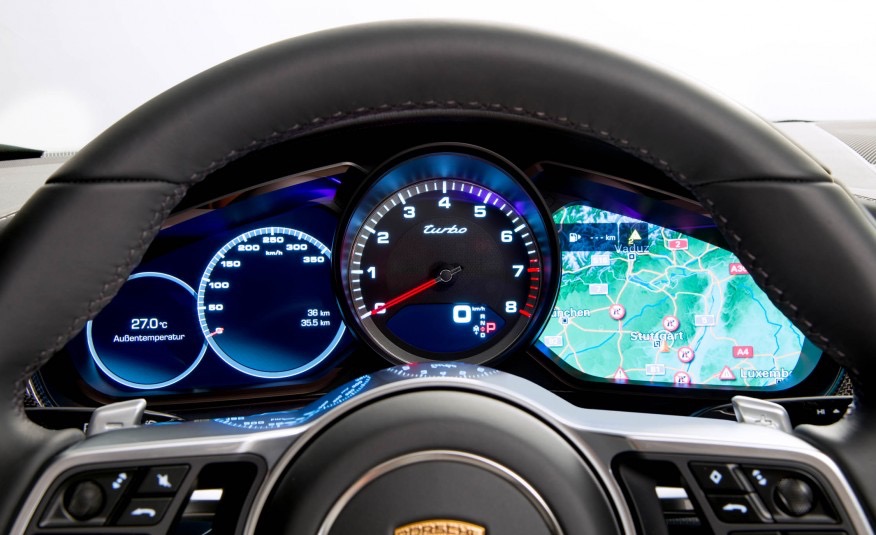 For 2017, the price tag for the Panamera has jumped. The base 4S is going to hit the market for at least L78,000. The low-end Turbo is scheduled to debut at L113,500. Both price points represent a near five percent increase of the previous model year. With the luxury and performance both units are offering, it seems silly to quibble over a few pounds.