Accept
TOP  >  Car Information  >  The Quiet Road to Innovation: A History of the Electric Car

If the dawn of the 21st century had to be characterized by any particular automotive meme, it would unequivocally be acknowledged as the era when electric vehicles came to prominence the world over. From the inception of the electric car in the 1830’s to the overwhelming success of hybrids such as the Toyota Prius, this epoch will be remembered as the time when the electric car’s steady development has come to maturity. Let’s take a trip down the electric vehicle’s storied road from its unlikely conception to its rise to international preeminence. 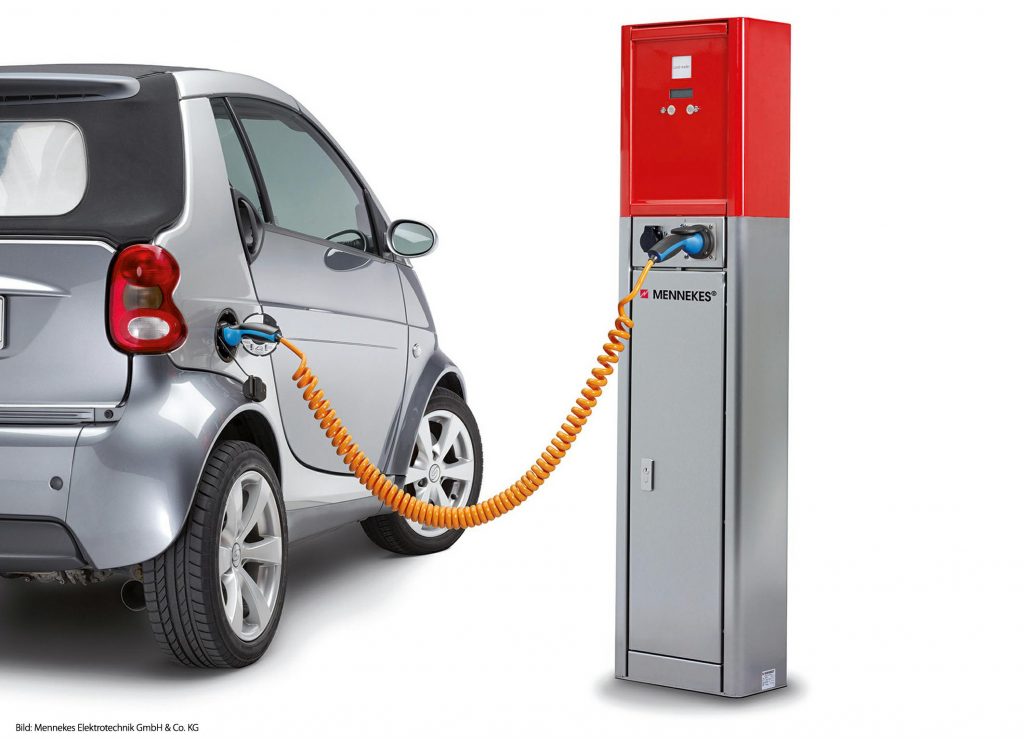 Like many innovations which have lead us to modernity, it is difficult to pinpoint any individual who is solely responsible for the creation of the electric car. On the contrary, electric transportation came about as the result of steady progress in multiple fields. From the breakthroughs in rechargeable battery technology in the early 1800s to the inception of the electric motor, many hands and minds throughout Europe and the United States contributed to the ultimate goal of electric propulsion. 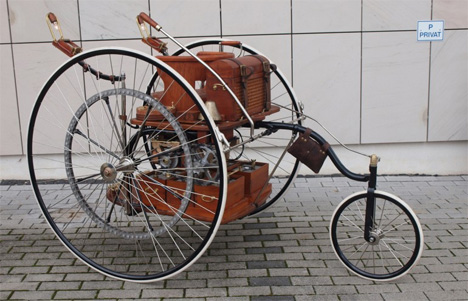 As with any technological innovation, electric vehicles have undergone a steady progression from the first ‘electric wagons’ which ushered people through 19th century towns to the Tesla supercars which grace the highways today. The world’s first electric car was built in England in 1881 by two scientists, William Ayrton and John Perry, who used the vehicle to spread the word about their electronic innovations. As was revealed on a recent article from gajitz.com, a team of German scientists have successfully reverse engineered this historic vehicle, as is exhibited in the following YouTube video.

As rechargeable battery technology progressed, so did the usefulness of the vehicles it powered. Recently showcased on an episode of Jay Leno’s Garage, electric cars as we now envision them date back to the early 20th century. One of the first practical models was the Baker Electric, a perfectly silent, emission-free vehicle manufactured in 1909. Initially marketed to women as an alternative to the cranking, unreliable, and high maintenance gas-powered rolling stock of the time, the Baker Electric encompassed the attributes which we have come to associate with electric vehicles today: silent operation, ease of use, and a comfortable range for running errands around town. 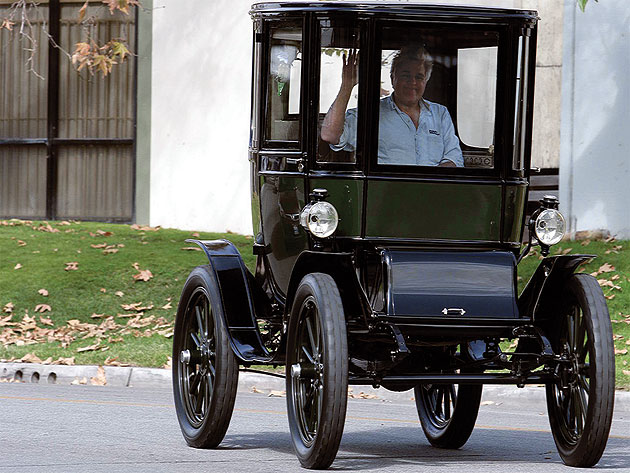 Around the same time, Owen Magnetic released a hybrid gas and electric model which would be the forbearer of popular models today like the Toyota Prius, Honda Accord, and Toyota Camry. These expensive hybrid vehicles were driven by New York City’s elite from the mid 1910’s through the early 1920’s. As neither of these models achieved main market success, their limited production has made them highly valuable collector’s pieces today.

Stifled by the global depression leading into the Second World War and the ensuing scramble for raw materials which followed, electric vehicle production suffered a lull throughout the 1920’s 30’s and 40’s, but innovation made a a resurgence with the burgeoning US economy of the 1950’s.

Headquartered in Santa Ana California, Pioneer Electric unveiled a prototype electric car in 1959 which more closely resembles the cars we see on the road today. Unfortunately, due to unknown circumstances at the company, project was scrapped after just one model had been produced. 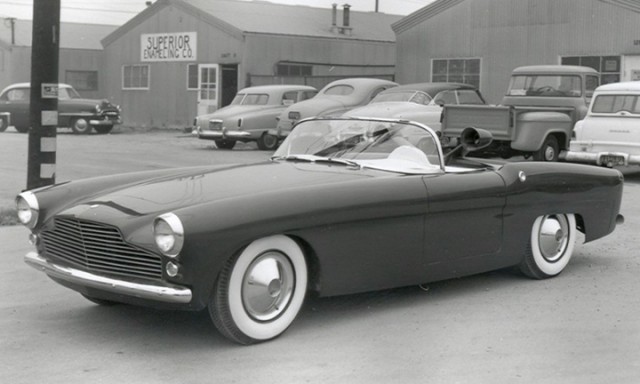 As electric vehicle innovation entered the 1960’s, innovation in the automotive industry would mirror that of music and the arts of the era. Several new companies unveiled electric models throughout the decade, from the Henney Kilowatt in 1960 to the AMC Amitron full electric. Developments in rechargeable battery technology enabled these vehicles to offer a farther range than their predecessors, increasing their utility and value in the eyes of consumers. 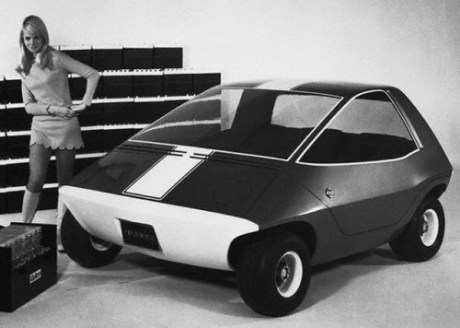 The 1960’s also saw an increase in variety in the type of electric vehicles offered to the public. From the sporty AMC Amitron to the Batronic Voltswagon utility truck, battery technology enabled more dynamic applications of electric propulsion throughout the decade. Unfortunately, the prohibitive cost of the batteries made these vehicles cost-prohibitive to the many, and most models found lukewarm success in the mass market at best.

Examining, the history of electric vehicles, one can observe the quintessential trend which has brought these vehicles into our modern garages: as battery technology has progressed, the prohibitive nature of electric cars has been greatly reduced. With its 1997 debut, the ubiquitous and now universally recognized Toyota Prius has broken the perceived cost-barrier of the once coveted electric car. The Prius, a hybrid electric hatchback not only re-vitalized Japan’s car industry, but re-invigorated the global automotive industry’s appetite for electric innovation. 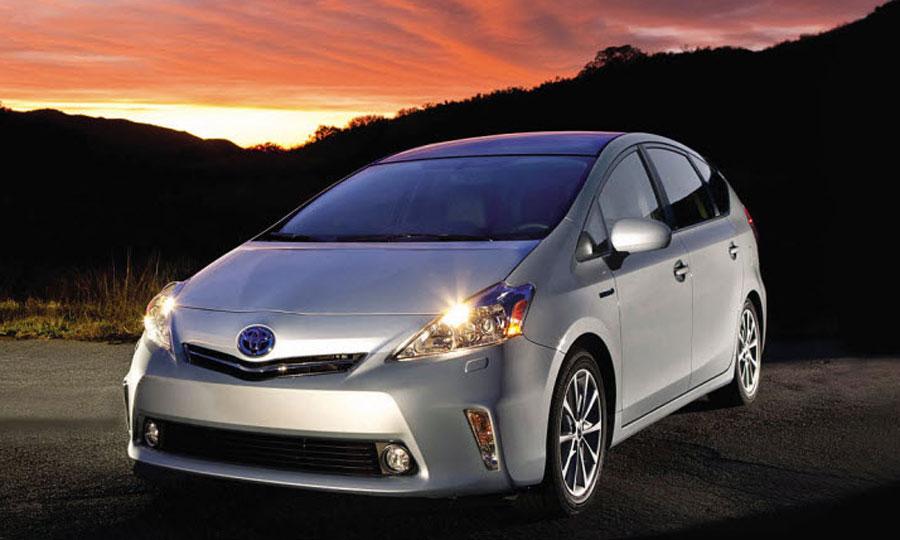 Both as a new and pre-owned vehicle, the Toyota Prius is one of the best selling  automobiles of all time, sparking competition from Japanese and foreign manufacturers alike. With Honda offering a Hybrid Accord, Toyota’s Hybrid Camry, and the all-electric Nissan Leaf, rechargeable battery technology has brought electric propulsion from the drawing board to the driveway.

No Longer A Passing Fad 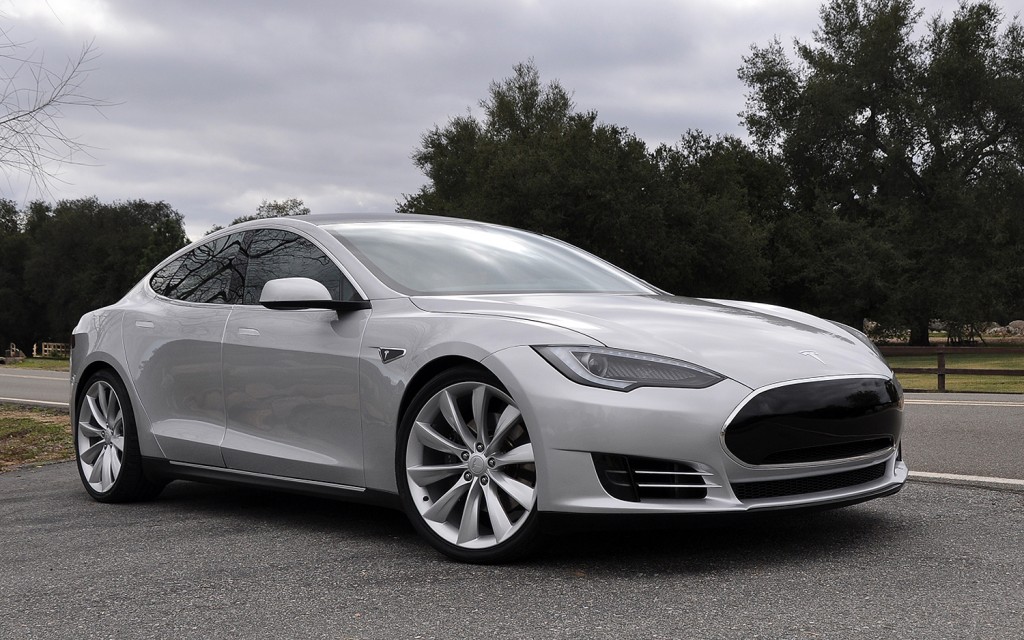 Entrepreneur, inventor, and innovator Elon Musk has all but declared war on the conventional energy industry. The founder of premium electric car and high capacity rechargeable battery manufacturer Tesla Motors, Elon Musk is propelled by an unquenchable drive to bring about positive, equitable change to deliver the modern automotive industry from the shackles of oil dependence. Tesla’s line of full-electric sports cars and luxury sedans are at the forefront of the automotive industry, offering a fully integrated driving experience as yet unrealized in previous renditions of the electric car. With near instantaneous acceleration, a built-in internet connection, and an unparalleled entertainment suite, Tesla Motors are consistently pushing the boundaries of the automotive industry. Though past models have been limited to luxury sedan and sports cars offerings, Musk took the stage earlier this year to announce that Tesla would be releasing the Model 3, which would compete with the Chevy Bolt and Toyota Prius in the mid-range sedan market.

With the influx of electric vehicles onto the market since the dawn of the 21st Century and the adoption of high-capacity rechargeable battery technology by all of the major car manufacturers, electric cars are no longer a novelty— they are an integral key to unlocking the continued ascendence of our global society. With manufacturers such as Toyota, Honda, Ford, Chevrolet, and Tesla investing unprecedented funds into research and development, electric transportation will be one of the determining factors in the solution to the global energy crisis. Whether you’re a seasoned Prius driver or considering going electric for the first time, plug into the silent movement, and untether your wallet from the death-grip of big oil.