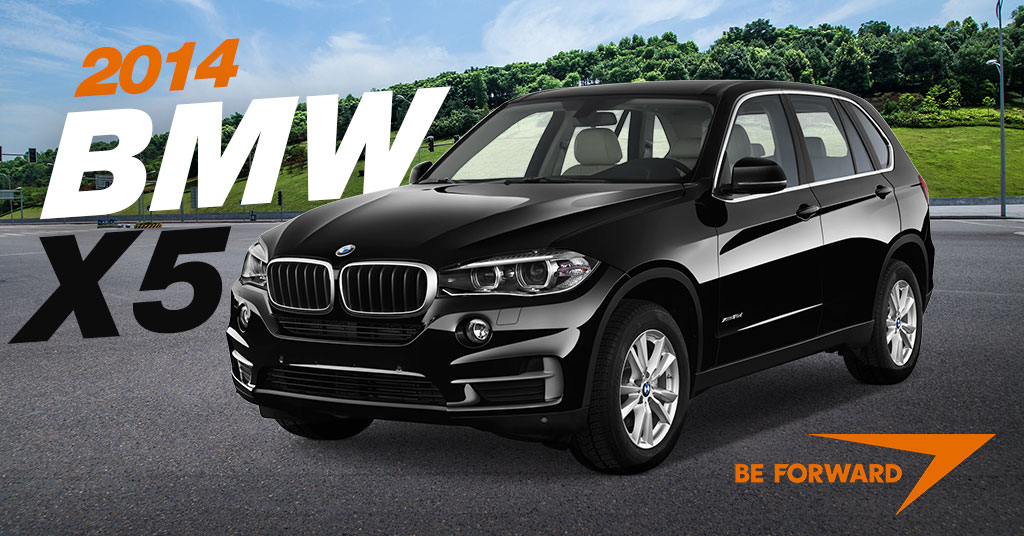 BMW introduced a new midsize luxury crossover vehicle that they named the BMW X5 in 1999. A true luxury vehicle all over, the X5 was BMW’s first crossover to ever be introduced, labeled as a sports activity vehicle.

The first-generation X5 was released between 1999 and 2006 with model code E53. This was BMW’s first SUV which came with the option of a V6, V8 petrol engines, or a diesel option with a capacity ranging from 3.0-liter to 4.8-liter.

The second-generation X5 was released between 2006 and 2013 with model code E70. This release came with several technological advancements such as the iDrive system and for the first time, the option of a seven-seater with a third row was available.

The third-generation X5 was released between 2013 and 2018 with model code F15. This release was offered with three optional engines, with one V8 petrol and two 6-cylinder diesel.

The 2014 BMW X5 is offered in four variants: the sDrive25d, the xDrive35i, the xDrive30d, and the xDrive50i. The main differences between them are the engine and drivetrain, with the standard sDrive25d being a rear-wheel drive, while the rest are all-wheel drive (AWD). Below we briefly go through each trim to see what they have to offer.

These engines transfer power to the wheels via an 8-speed automatic with shift paddles.

The interior of the X5 is typically BMW with the DNA of the company prevalent. The BMW feel can be felt all over the cabin with the sporty steering wheel and iDrive control setting the mood.

The 2014 X5 is so spacious inside. The front and rear seats are accommodating and plush, with enough room to comfortably accommodate five adults. The second-row seat split folds in the 40:20:40 which adds some flexibility, and they are rake adjustable too.

For the seven-seater models, there’s an optional third-row of seats, with an Easy Entry function, although the seats are too small for adults, making them suitable for short journeys. The cargo space has a capacity of 650-liters with the rear seats up and 1870-liters with seats folded flat.

The 2014 X5 comes with an AM/FM/CD player with a USB port and Bluetooth with audio streaming as standard. Another standard is BMW’s iDrive infotainment system. This system comes with a 10.2-inch screen used for controlling the navigation system and other additional functions.

Smartphone-connectivity is made possible via the infotainment system with built-in iTunes functionality. This Apple-based app enables the driver to listen to their Facebook and Twitter feeds and to tap into apps like Stitcher and Pandora. These functions are accessed via the iDrive controller, which features a puck-shaped dial used for navigating through commands and settings, and a touchpad surface for entering text.

The 2014 X5 comes with a choice of one of two premium audio systems in the name of Harman Kardon or Bang & Olufsen.

The exterior features of the 2014 X5 are without a doubt those of a BMW X5. The BMW designers have kept it very familiar but with much focus on the front-end look, enhanced by better-detailed twin circular headlight (the headlights can entirely be swapped out for all-LED units) units connecting to the BMW kidney grille.

The rear-end look of the 2014 X5 features sharper taillights and a cleaner and more modern design. The 2014 X5 looks smaller on the road than the previous models. The streamlined profile shows off a more dynamic SUV compared to the previous model’s bulky size.

Speaking of SUVs, BMW claims the X5 is an SAV (Sports Activity Vehicle). The reason is that regardless of its size and practicality, the X5 is designed for those that enjoy driving and would do with a bit of fun along the way.

Overall, the engineers, designers, and the rest of the team behind the production line did a great job on the 2014 X5. It is very hard to fault the X5 for what it is, one of the best sports activity vehicles. The 2014 X5 is a great combination of sporty dynamics, practicality, and comfort for an SUV in its category. At BE FORWARD we offer a great choice of used 2014 BMW X5 models, please visit and get yourself one.

ALL BMW X5 FOR SALE