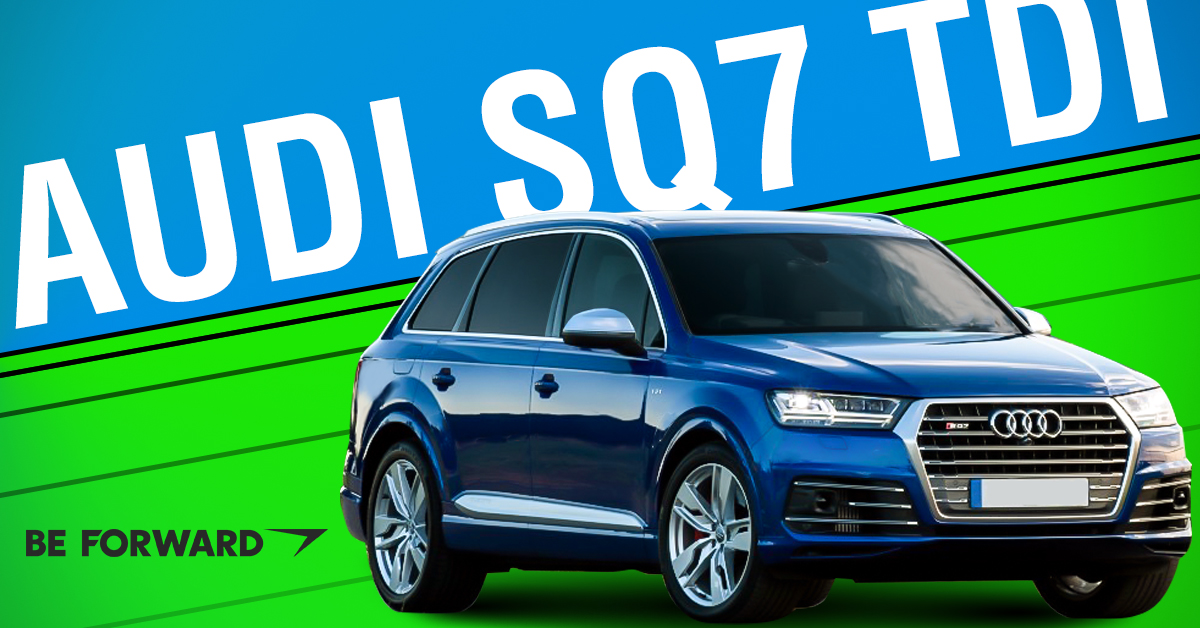 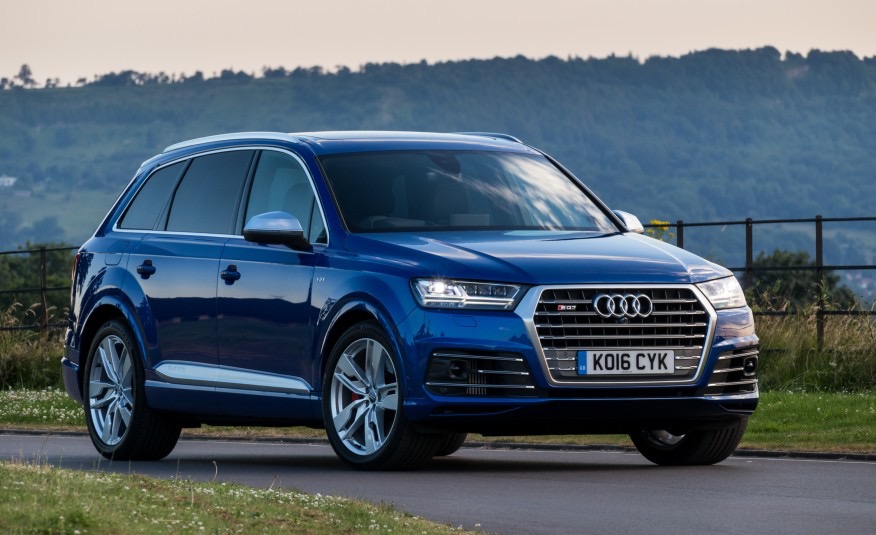 Scalablility. You will hear that word thrown about by automakers and the writers who cover automotive news. In the past, scalable meant using a single platform and tossing cookie-cutter bodies upon said frame. The only difference between the vehicles would be the badging. Today, scalable means a base architecture that can handle different vehicles. Automakers are able to mount vehicles of vastly different configurations and sizes onto a base component, while still creating safe and reliable cars, trucks, and SUVs. What does that have to do with the 2017 Audi SQ7 TDI? It is built upon the same scalable architecture as the Bentley Bentayga, yet remains a unique offering. With that in mind, lets have a quick look the 2017 Audi SQ7 TDI. 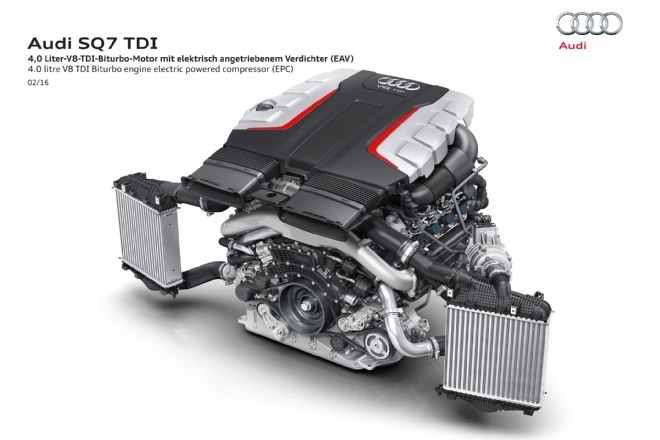 The SQ7 is powered by a triple-boosted V8. The setup uses twin variable geometry turbos that operate sequentially. The second turbo is there to ensure boost above 2,200 rpm. The turbines of the turbos are fed by an interesting split-exhaust setup that uses Audi’s AVS valve-lift system, marking a first for a diesel powerplant. In this setup, each turbo is fed by one of the exhaust valves from each cylinder; to bring the second valve online, a sleeve on the camshaft moves, grabbing the exhaust stream. That   system is interesting enough, but Audi was not satisfied with ”interesting enough.” The automaker decided to give us the debut of its 48-volt electrical supercharger.

The electrical supercharger takes advantage of a nine bhp motor sitting downstream from the turbo intercooler. The supercharger grabs gas flow to spin its compressor at 70,000 rpm within nanoseconds of ignition. The supercharger is able to eliminate the lag as the turbochargers gear up. The result? Drivers have a peak torque of 900 N-m available between 1,000 and 3,250 rpm! Audi says that it used limiters to keep the torque within the capacity of the eight-speed automatic gearbox. Audi claims that the SQ7 could generate the 1000 N-m of the Europe-only Q7 V-12 TDI if the limiters were removed.

The V8’s torque is impressive, even at the lowest engine rpm. At no time will you feel a hesitation while accelerating, except the slight delay caused by the torque converter. In fact, the SQ7 seems to beg for more pedal at every moment. Put the gearbox in D and the engine will jump to 4,500 rpm without input from the driver. Should you want to test it, you will find the Audi SQ7 will jump from 0-100 km/h in just 4.7 seconds. Very impressive for an SUV.

Audi has done very little to make the SQ7 standout from the base Q7 visually. This is keeping with the S derivatives throughout the Audi lineup. For the SQ7,  metal-look exterior trim is done in aluminium   rather than chrome, silver caps are used for the outside mirrors, lower front air intakes are nominally larger, and the wheels are larger.

How Does It Sound?

Start the SQ7 and you will wonder if your neighbors are going to file a noise complaint. The SQ7 sounds more like a petrol V8 than a diesel, but Audi decided to electronically enhance the exhaust note.  The result is a spectacular sound that exudes masculinity and muscle; raw power restrained. There is none of the whine or induction rush you might expect from a triple-boosted engine at any point along the torque curve. 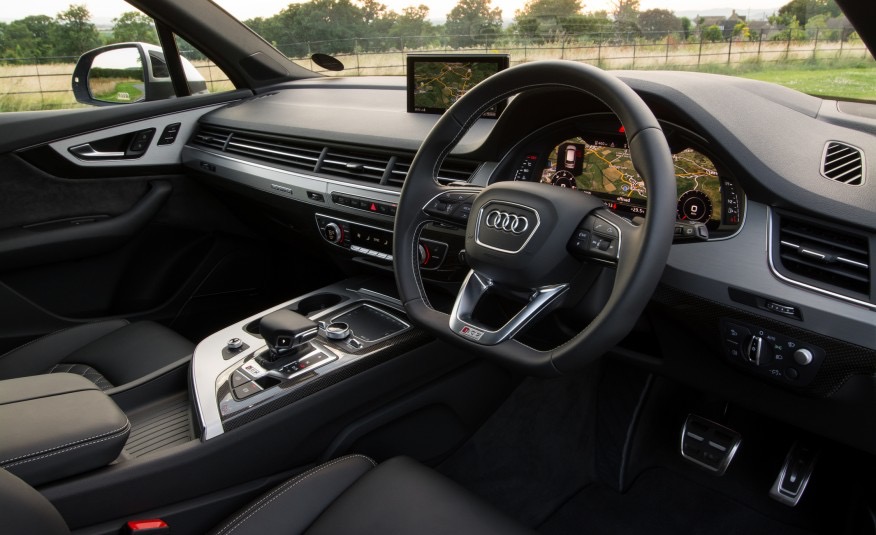 The remaining features of the 2017 Audi SQ7 TDI build upon those of the Q7. Adjustable dampers and a height-adjustable air suspension are standard. European buyers are able to add a sport differential that can vector torque across the rear axle, a rear-wheel-steering system, and the electromechanical anti-roll system found in the Bentyaga. This unique system uses a series of  48-volt electric motors to tighten the front and rear anti-roll bars for better handling under any conditions. These three systems make the SQ7 an amazingly quick and nimble SUV. 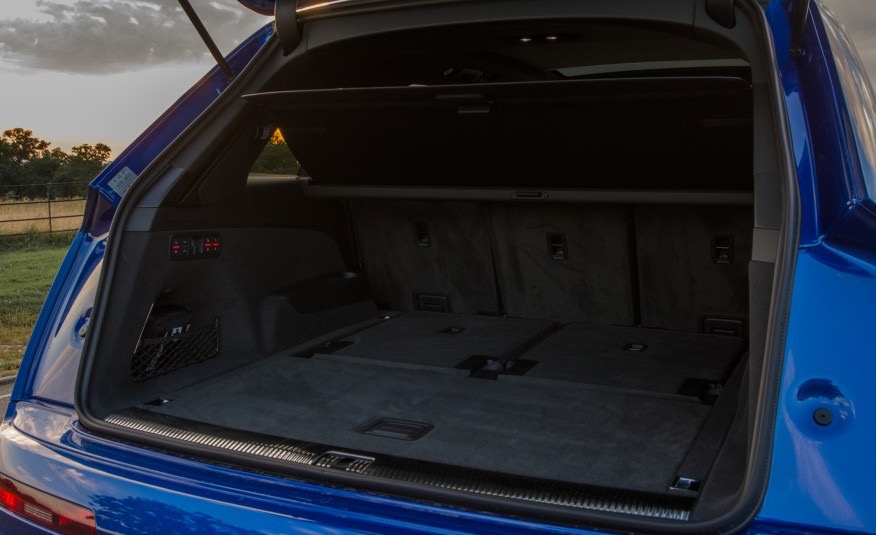 You may be disappointed to find out that understeer is still present. It is a tall and heavy SUV after all. Also, the ride is firmer than in the base Q7. Still, for buyers who want a fast SUV that offers   top-of-the-line luxury, the SQ7 TDI is the way to go. It is faster and easier to handle than many of the petrol alternatives on the market to day. For those who feel any trepidation due to VW’s diesel emission scandal, the SQ7 is said to meet all current emissions regulations. Cheers to that.