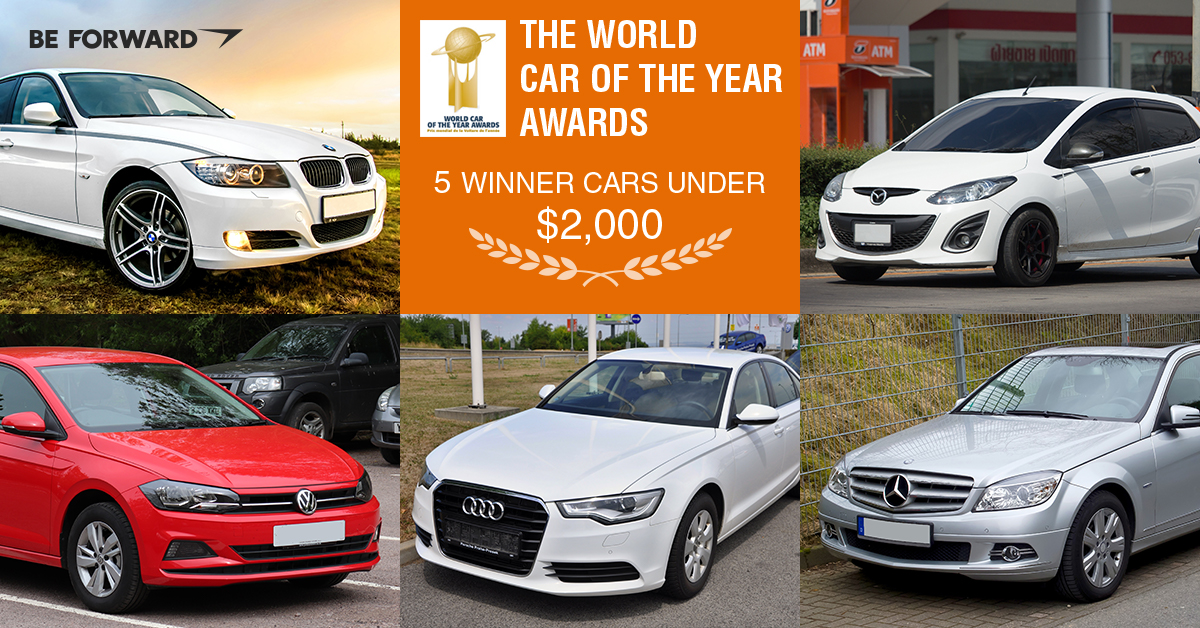 When you hear the phrase “award-winning car,” you may jump to the conclusion that said car is out of your price range. Much to the contrary, however, there are many award-winning cars you can purchase for less than $2,000 when you buy used from leading online used car sellers like BE FORWARD.

One example of a renowned global award granted to particularly admirable cars is the World Car of the Year Award. Administered by a not-for-profit organization, the WCOTY program was established in 2004 to complement national Car of the Year (COTY) awards in different countries. 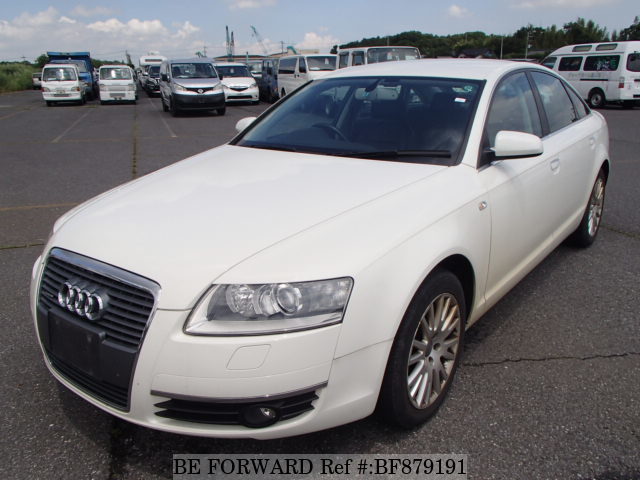 The Audi A6 won the WCOTY award in 2005, and it is easy to see why. This car offers sleek, beautiful edges and curves that undoubtedly turn heads whenever it zooms down the street. 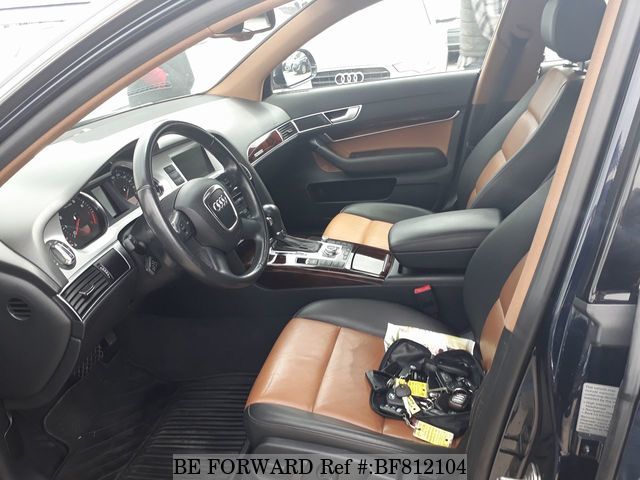 In addition to its stylish looks, when you want a radical on the road in performance and functionality and with incredible handling and very responsive yet responsible steering, the Audi A6 is a solid option. This 4-door sedan comes with incredible boot space, a lot of cabin storage, many safety features, and a 5-passenger capacity. In addition to its low price when purchased secondhand, overall the Audi A6 is hard to beat. 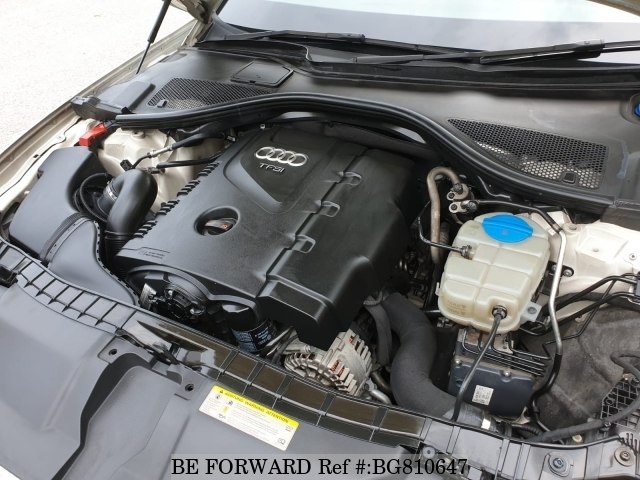 With a 3.2-liter V6 Engine that is mated to a 6-speed tiptronic automatic transmission and an all wheel drive (AWD), the Audi A6’s average fuel consumption is an impressive combined 19km/l of highway and city driving. 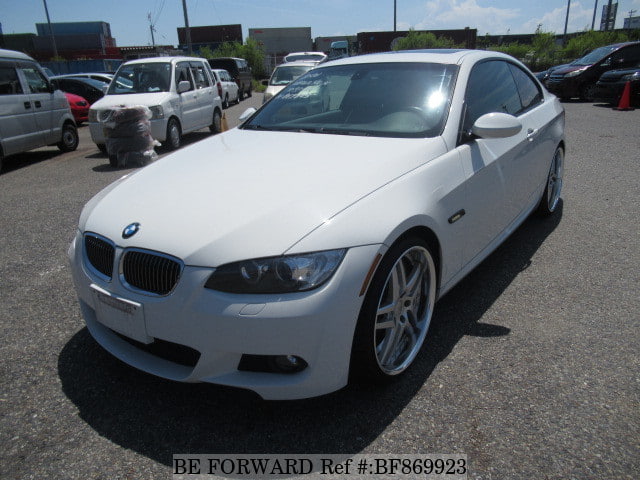 There are many compelling reasons to invest in a BMW 3 Series car and among them, one would have to be its engineering, which is a marvel. In particular the E90 generation of the BMW 3 series comes in sedan, coupe, and saloon models; with the 3 Series saloon being the most popular. 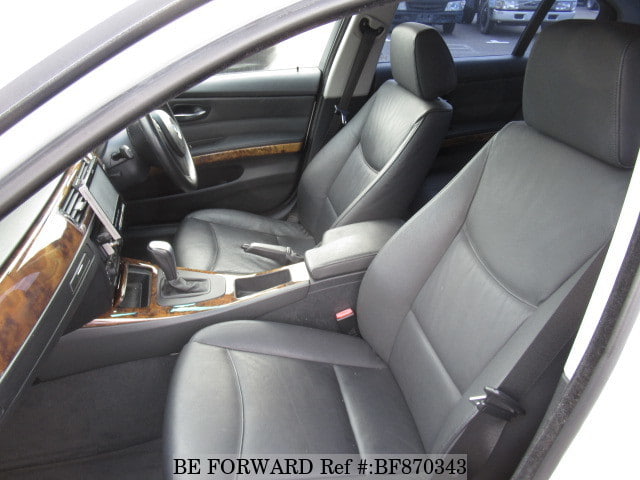 The 2006 models of the BMW 3 Series came in a number of trims, each with a different engine size. One option is the 230hp model, which is also a great option for Uber taxi businesses. Another notable thing about this series is that it is made with superb handling capacities, such as that you can drive it at faster speeds without losing control.

Despite its surprisingly affordable price when purchased used, this car comes with very impressive features within its interior including 5 leather seats, a leather steering wheel that is also adjustable, 8 airbags, heated seats and an impressive cluster of instruments. On the exterior, you will see that this is a 4-door sedan/saloon that boasts impressive headlights, nice lines and a prominently displayed BMW logo. 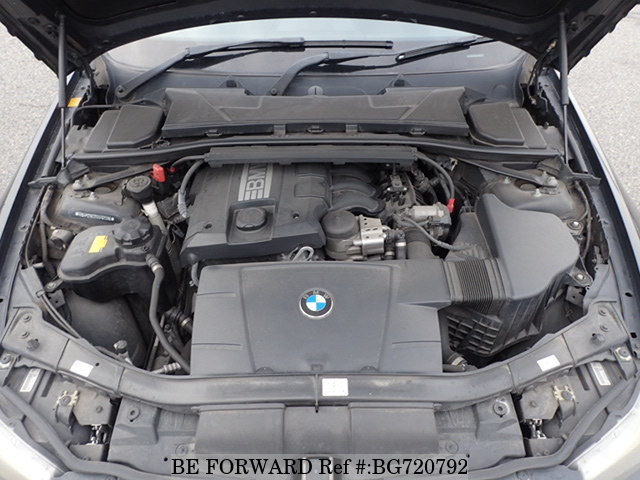 There are a variety of available engines for the 3 Series, including the 330i, 325i or 330i petrol engines in addition to a 330D diesel engine. Each engine is mated to a 5-speed automatic or 6 speed manual gearbox, with an average fuel consumption of around 21km/l. 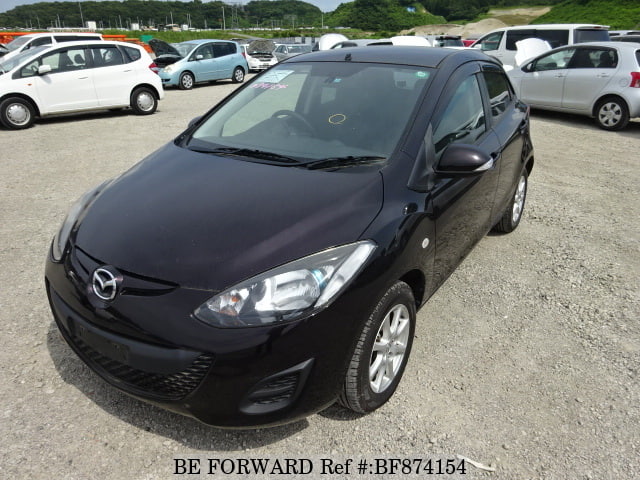 The Mazda Demio, or Mazda 2, is one of Mazda’s most popular vehicles, and with good reason. Its oval shape is very impressive, giving it an illusion of space within a compact-sized car. However, when you get inside, you will realize that it is not an illusion but that there is indeed a large amount of space on offer. 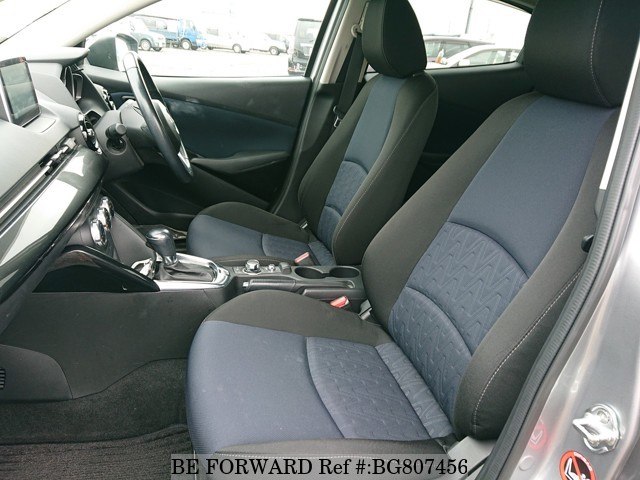 Above: Interior of a used 2014 Mazda Demio

How good is the Mazda Demio as a family car? It is very good for a small family, say, parents and three kids. There is a lot of legroom in the cabin, and the driver is near everything that is necessary to drive a car safely. The driver and passenger seats are manually adjustable, and the speedometer is large enough to be read easily with a single glance. Additionally, the gear lever has been positioned close to the dashboard, leaving you with a lot of room to reach the center console and more space for storage. 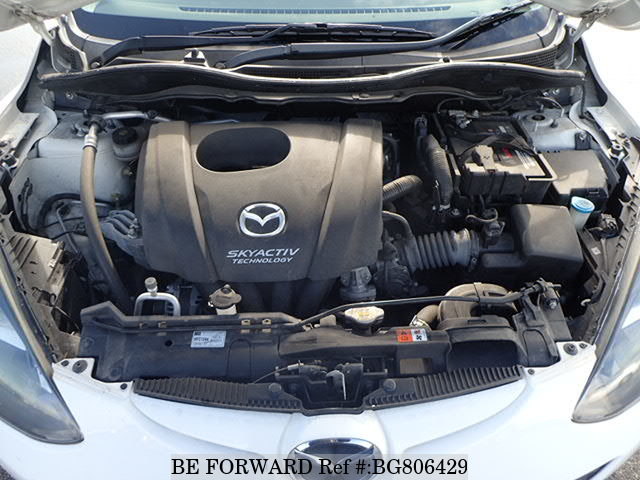 Above: Engine of a used 2014 Mazda Demio

No matter the model, the Mazda Demio has a boot space that is very impressive for its size, at around 280 liters. On the exterior, you will find that it is a 4-door hatch with a manually liftable back door that allows easy access to the boot. It also has good ground clearance at 6.5 inches and comes with steel or alloy rims depending on what version you buy, the 1.3 liter or 1.5-liter engine.

Either engine offers 4-cylinders which are paired with a 4-speed automatic CVT gearbox or a 5-speed manual gearbox. The Demio uses petrol, with an average fuel economy of about 20km/l. 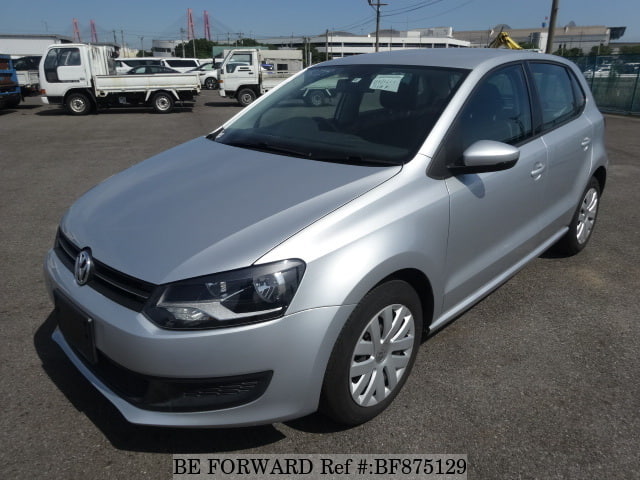 The 5th generation Volkswagen Polo is styled to impress anyone looking for a compact and dependable small car, with good handling on the road. Initially launched in two models—one a 3-door with a 1.4-liter engine and the other 5-door with a 1.6-liter engine—both are powerful and very affordable too. A darling for young professionals as well as small families, this hatchback delivers beyond expectations. 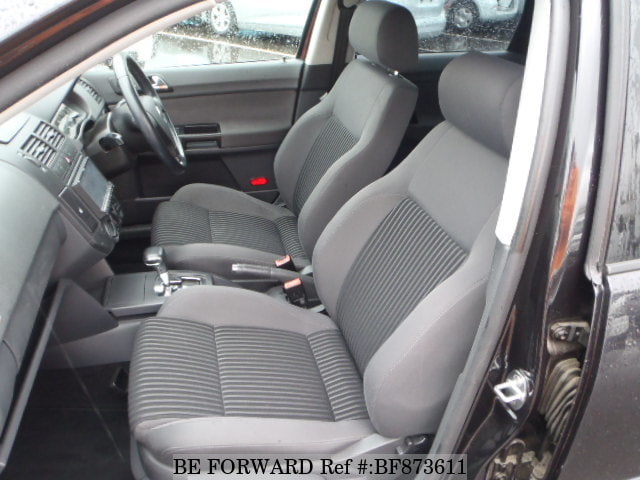 Above: Interior of a used 2007 Volkswagen Polo

The interior of the 2010 Volkswagen Polo is very easy on the eyes. There are no hard plastics to be seen, and instead you will find an incredible amount of comfort, a white-colored instrument panel, a lot of cabin storage and safety features, adjustable front row seats, and more. This is a 5-seater hatchback that offers lots of legroom and headroom in comparison to similar vehicles.

The exterior of the Volkswagen Polo is as good as its interior, with one notable feature being the 14-inch wheels that give the car good handling abilities on the road. Its boot size is also impressive, coming in at an average of 280 liters for the 5-door version which can be extended to 952 liters if you fold the rear seats. 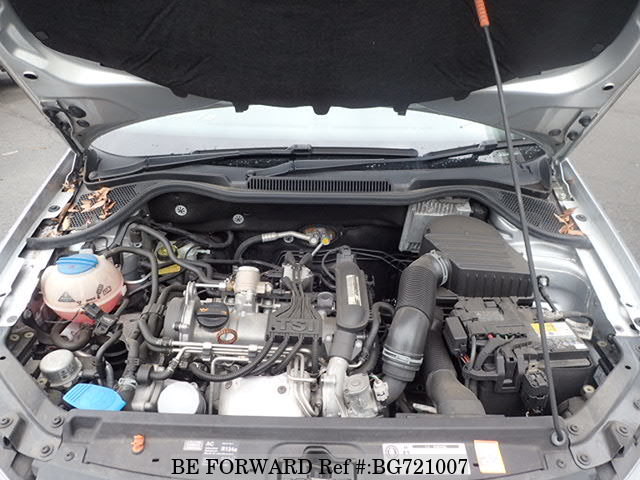 Above: Engine of a used 2010 Volkswagen Polo 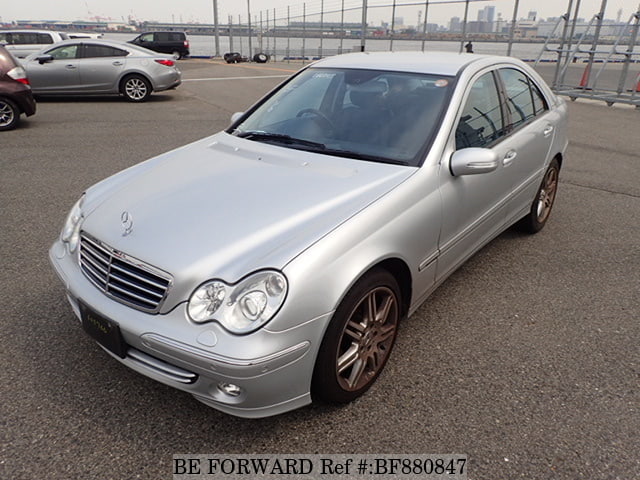 The Mercedes Benz C-Class offers an incredibly beautiful drive, emanating class and elegance from every angle. It has the luxurious trappings of the S-Class Benz thanks to its long hood, but with a narrower body that is perfect for urban driving. 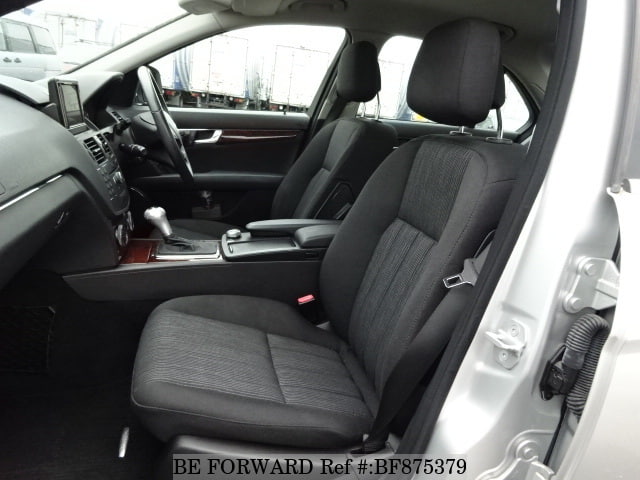 Above: Interior of a used 2008 Mercedes-Benz C-Class

The Mercedes-Benz C-Class comes in 2 trims, the C300 or the C400. The trims also diverge further into a variety of sports or luxury trims. However, no matter the trim, the interior offers a variety of luxury features including heated leather seats with memory functions, a tiltable steering wheel, embedded Bluetooth, and an easy-to-use and feature-rich 8.4-inch infotainment system.

The exterior of this car is imbued with 17-inch alloy wheels, bright LED headlights, and the instantly recognizable grill that can be found across all Mercedes vehicles. With a boot volume of 480 liters, you are also able to carry quite a lot of cargo or luggage when out with the family. 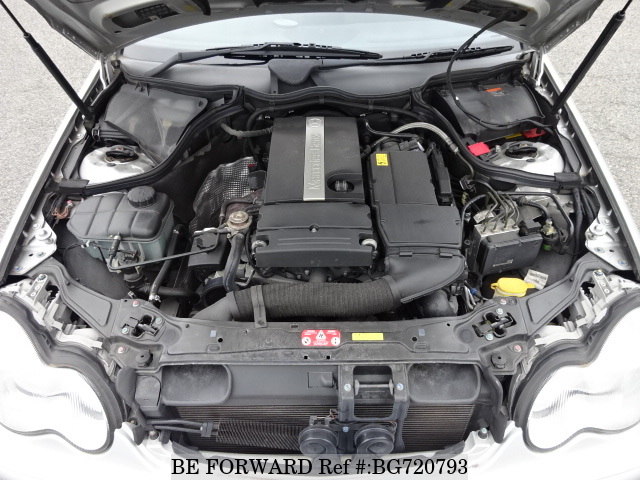 Above: Engine of a used 2002 Mercedes-Benz C-Class

The average fuel economy for the Mercedes Benz C-Class C300 4-cylinder, 1.8-liter engine mated to a 7-speed automatic gearbox and all-wheel-drive drivetrain is approximately 8.85km/l for both highway and city driving.

BE FORWARD: Your Source for Affordable Award-Winning Used Cars and More

Looking for even more low-cost, high-quality used cars? Click or tap the button below to browse BE FORWARD’s daily-updated stock list to find the perfect used car for your next purchase.

BROWSE all LOW-COST USED CARS from be forward