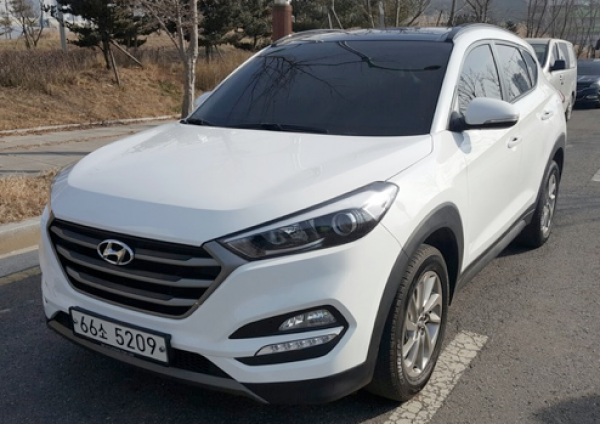 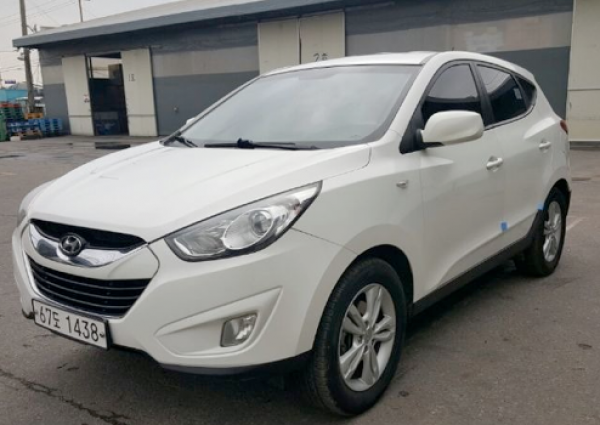 The Hyundai Tuscon is an excellent compact crossover SUV. The Tuscon debuted for the 2005 model year and is now in its third generation. It is very popular in every market that it is sold in and often retains an excellent resale value when a unit enters the used car and export markets.

The second and third generations of the Tuscon have the same engine and gearbox options. Under the bonnet, you can find any one of three petrol or two diesel powerplants. The petrol engines start with a 1,591 cc I4 that offers 138 bhp and 167 N-m of torque. The top petrol engine is a 1,999 cc I4 that is capable of 174 bhp and 213 N-m of torque. Gearbox options are a six-speed manual, a six-speed automatic, or a seven-speed automatic in the top trim levels.

In addition to receiving top safety ratings in all markets, the Hyundai Tuscon can be very well appointed depending on the trim level selected. In the top trim, buyers can expect to find LED headlamps and taillamps, leather-trimmed seats, power front seats, a color touch-screen display with voice command, Bluetooth, Apple CarPlay and Android Auto, GPS navigation, an 8-speaker premium audio system, dual-zone climate control, and the BlueLink telematics system. Perhaps the best option of the Hyundai Tuscon is that it has a sticker price that is much lower than the comparable Honda CR-V and Nissan Murano. 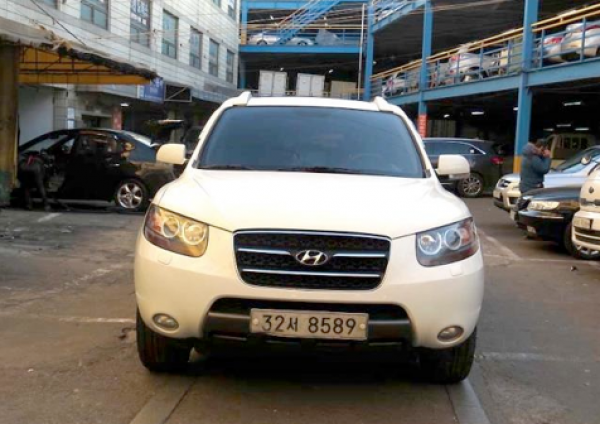 Hyundai is a company that knows how to build a variety of great vehicles. Another Hyundai offering that could be a wonderful fit for your growing family is the Hyundai Santa Fe. Hyundai introduced the Santa Fe a few years before the Tuscon, so the company has had a handful of additional years to refine the look and feel of the Santa Fe.

The Hyundai Santa Fe is now in its third generation, but the majority of the used units available for export are part of the second generation. For the second generation, the Santa Fe became larger and is now considered to be a mid-size crossover SUV. It can be powered by any of four petrol engines or one of three diesel offerings. The base petrol engine is a 1,998 cc I4 that is capable of 174 bhp and 228 N-m of torque. The top petrol powerplant is a 3,470 cc V6 that is able to push 276 bhp and 336 N-m of torque to the wheels. The diesel engines are all versions of the same common rail diesel with a variable geometry turbocharger. Each of the three versions offer varying amounts of horsepower. The base model offers 150 bhp while the top is capable of 200 bhp.

In addition to the tough, durable engines and gearbox options found in the Hyundai Santa Fe, buyers will find many of the same interior options that are in the Hyundai Tuscon. 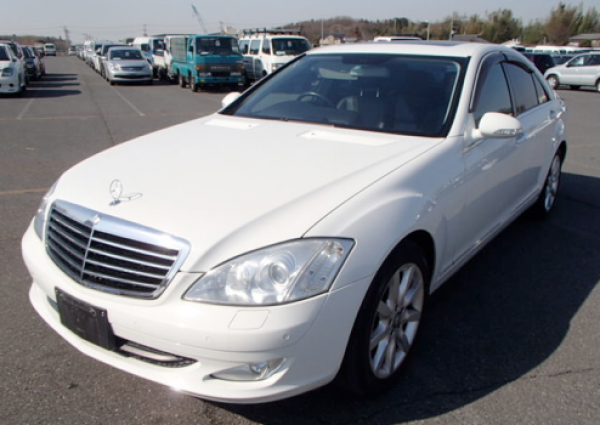 The S-class nomenclature was first adopted in 1972 and the S-class is in its sixth generation; however, the majority of the units available for export are part of the fourth and fifth generations. Let’s have a look at the fifth, shall we? Excluding the AMG offerings, the Mercedes-Benz S-class can be powered by two diesel engines or one of six petrol engines. The diesel offerings are a 2,050 cc I4 and a 2,998 cc V6. The petrol offerings begin with a 3,498 cc V6 and round out with a 5,493 cc V12 monster that is capable of 510 bhp. 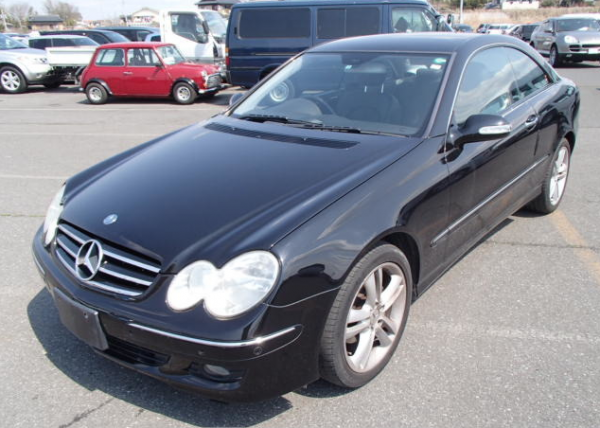 The Mercedes CLK-class is a group of mid-size premium coupes and cabriolets. While a tad smaller than the S-class flagship cars, the CLK-class is often equipped with many of the same luxury appointments and technology upgrades.

The CLK-class was discontinued after the 2009 model year; replaced by the more up-to-date E-class. The last generation of the CLK-class, built between 2003 and 2009, can be equipped with any of sixteen engines if you include the AMG and Black Series offerings. If you discount those special edition offerings, you will find nine petrol and three diesel engines under the bonnet. The base petrol is a 1,796 cc I4 that offers 161 bhp and 240 N-m of torque. The top petrol, found in the 550, is a 5,461 cc V8 that is capable of 383 bhp and 540 N-m of torque. The diesel powerplants begin with a 2,148 cc I4 and round out with a 2,987 cc V6. The gearbox options include a six-speed manual, a six-speed automatic, and a seven-speed automatic. 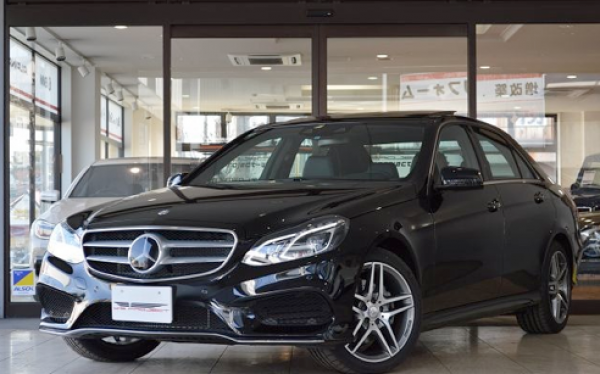 The Mercedes-Benz E-class is a line of mid-size luxury cars. The C207 and A207 versions replaced the CLK-class, but there are several saloon and estate wagon versions of the E-class available. The E-class is often equipped with top-of-the-line interior appointments and the latest technology provided by Mercedes-Benz.

The Mercedes-Benz E-class entered its fifth generation in 2016, though the fourth generation was sold side by side for that model year. There are few fifth generation vehicles available on the used car market, so we will have a look at the fourth generation cars. Fourth generation E-class models can be equipped with any of nine engines: seven petrol, two diesel. The petrol powerplants begin with a 1,796 cc turbocharged I4 capable of 181 bhp and 270 N-m of torque. The top non-AMG petrol offering is in the E 500. It is a 5,461 cc turbocharged V8 capable of 383 bhp and 590 N-m of torque. The gearbox options include a six-speed manual, a 5G-Tronic automatic, and a 7G-Tronic automatic.

The technology in the Mercedes-Benz E-class can include: the radar-based Collision Prevention Assist with adaptive brake assist, the Attention Assist system, Distronic Plus with Steering Assist, BAS PLUS with Junction Assist, PRE-SAFE Brake to detect pedestrians, PRE-SAFE PLUS to detect rear-end collisions, the PRE-SAFE Impulse system can pull occupants away from a detected impact using their seat belts, Active Lane Keeping Assist, Intelligent Light System with Adaptive Highbeam Assist PLUS, LED headlamps, Active Parking Assist, Active Blind Spot Assist, and a Surround View Camera that gives a 360-degree view of the vehicle and its surroundings.

These left-hand drive cars may not fit your needs. You can browse our entire inventory of left-hand cars that have a video review here.