When buying a used car from Japan, important points to consider include the availability of spare parts, its fuel consumption, specifications, and, to a certain extent, appearance. While a number of cars may first come to mind—such as the Toyota Vitz, Honda Fit or Nissan X-Trail—there are a number of “hidden gem” vehicles which serve these needs just as well. Here, we highlight 6 used Japanese cars that deserve a second look! 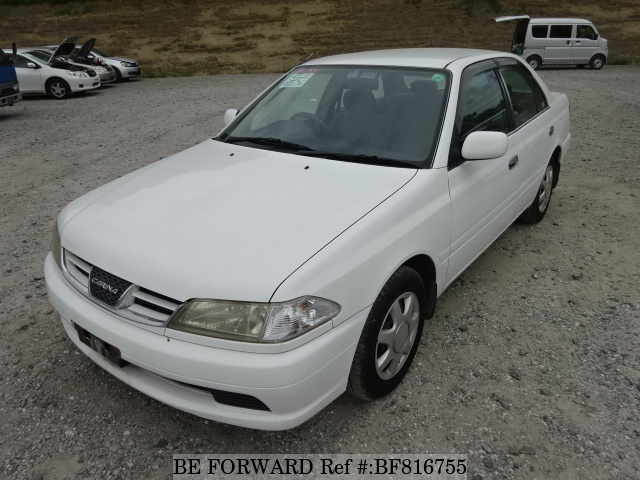 Originally, the Toyota Carina shared a platform with Toyota Celica. A surprisingly long-running car, it was in production from 1970 through to 2001 when it was replaced with the Toyota Allion and Toyota Avensis. Stately and functional, while it is not fashioned for high performance, the Carina is a very reliable family car that will last you a long time. 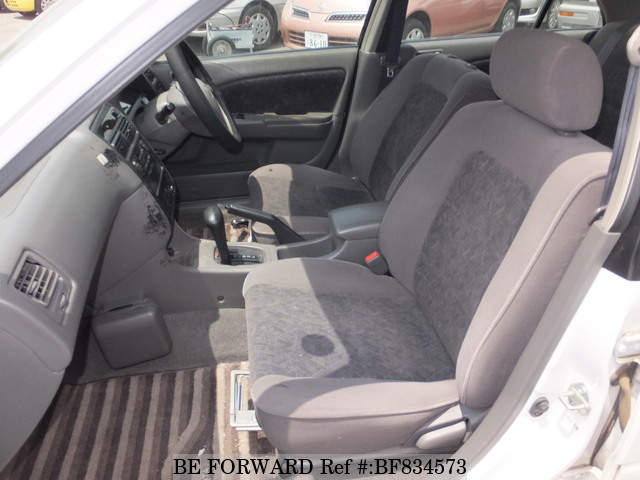 The interior of the Carina comes with a number of standard features such as power steering, electric front windows, manually adjustable front seats, stereo, driver and front passenger airbags, and strong air conditioning. It is a 5-seater car and boasts significantly more leg space than many of its counterparts. 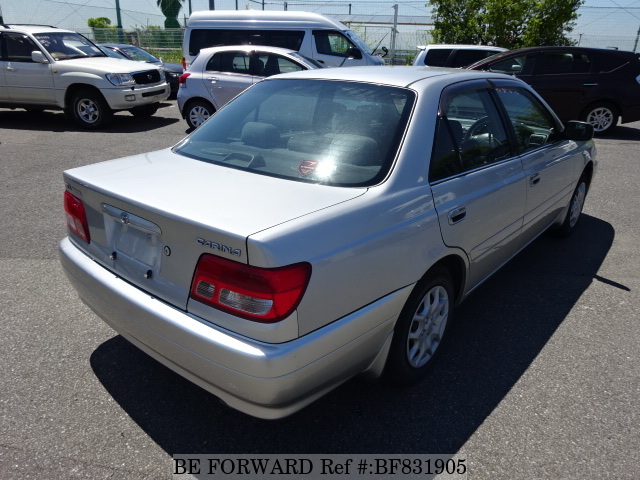 On the exterior, the front of the Carina is what first strikes the eye, thanks to its pronounced grille. The rest of this sedan’s design follows a straightforward and no-fuss design, which is no surprise seeing that this car was initially targeted at young professionals and their families. Although it comes in many trims, the 2001 GT model of the Toyota Carina is particularly striking. 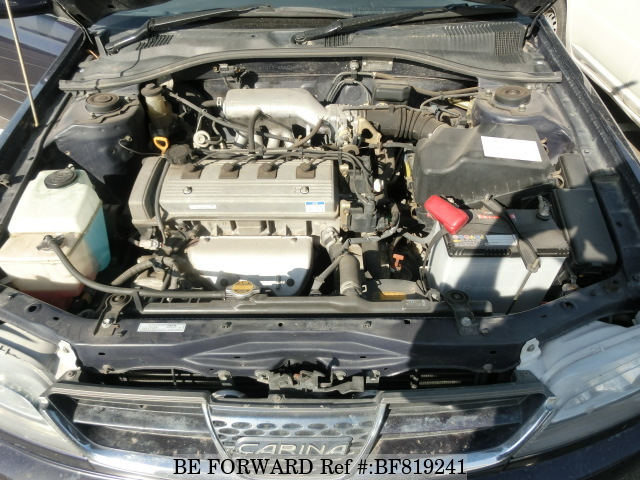 Under the hood, you will find a powerful 5 cylinder, 4A-GE engine. Its displacement starts at 1,498cc, but depending on the trim some Carinas even have a 2,184cc engine. The Carina’s fuel type is petrol, and its transmission is either automatic (4-speed) or manual (5-speed). With a fuel capacity of 60 liters, its average fuel consumption is around 14km per liter. 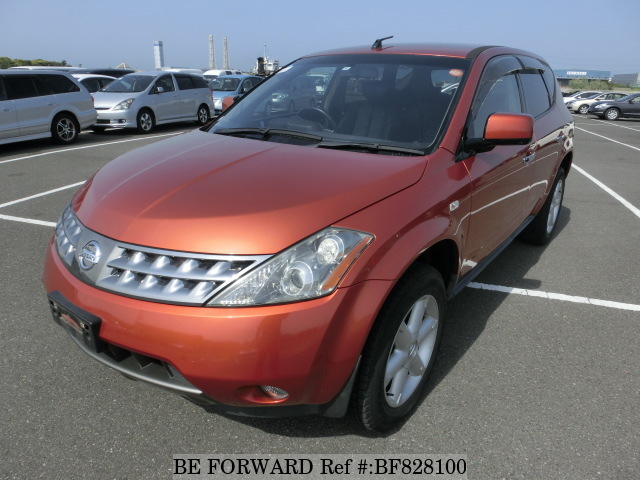 In its third generation since 2014, the Nissan Murano 5-door, 5-seater crossover SUV has only grown better in time since its 1st generation in 2002. With three trims —S, SL and LE —and all sold with a V6 engine, you know you have a powerful and safe SUV for your family. 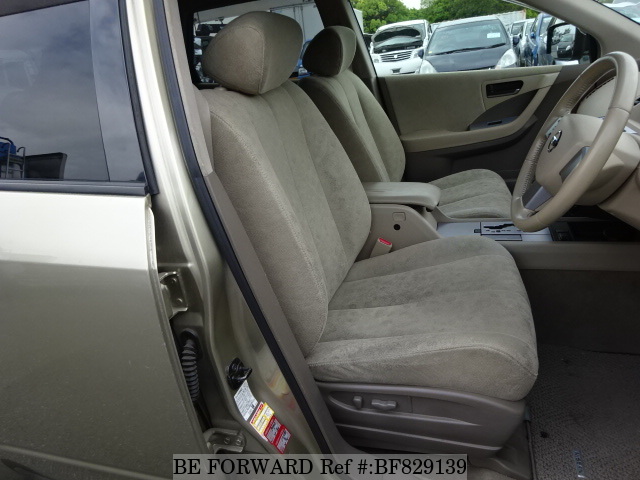 As an example, the popular 2010 model of the Nissan Murano came with many features including push to start capabilities, a powered lift gate, 5-seat capacity, and an attractive looking interior space. In addition to this, both the 2010 edition and other models offer a lot of cabin storage in addition to ample leg and head space, rear-camera, child safety locks, and rear and front airbags for the driver and passengers. 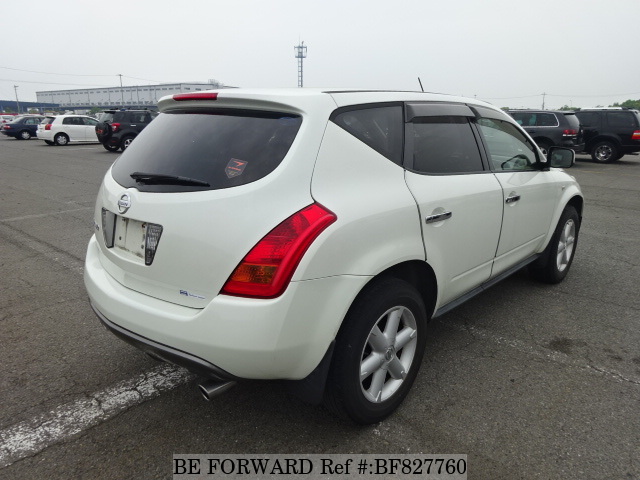 The exterior of the Murano has a lot to offer in terms of a clean and modern design. This is enhanced much in part due to its streamlined front which tapers to the sides and back to create a nice curved look. The Murano’s AWD system also makes this car good for off-road rendezvous. Along with an automatic transmission, the Nissan Murano also offers aluminum alloy wheels across a number of models as well as an optional sunroof. 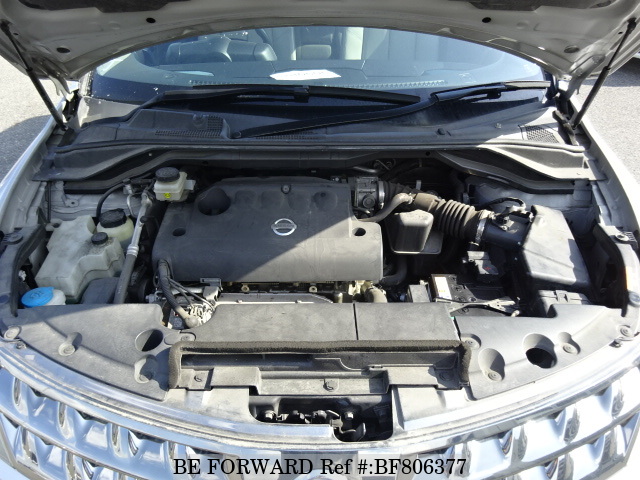 The engine for the 2010 Nissan Murano is a 3.5-liter V6, with a fuel type of petrol and fuel consumption of roughly 5.7 liters per 100km. Most models also offer a tank capacity of around 82 liters. 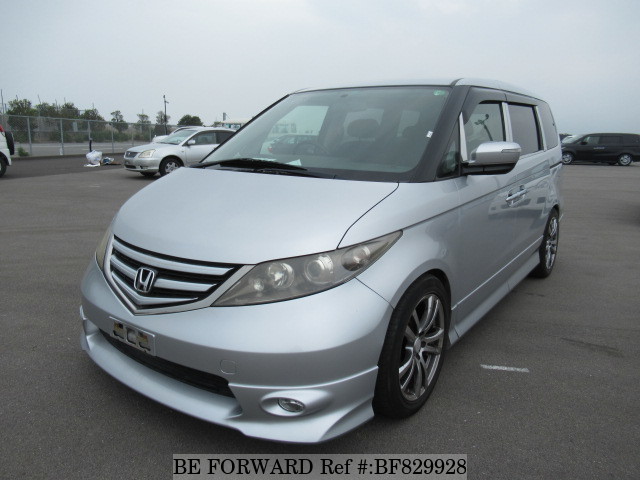 The Honda Elysion was in production between 2004 and 2013 in Japan, and also continued production from 2013 to 2015 in China. This reliable minivan is perfect for bigger families or those looking to transport cargo or passengers, with the capacity to seat up to 7 or 8 people. 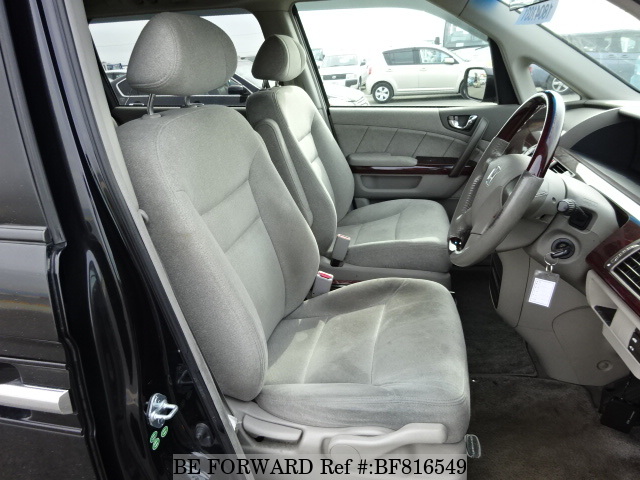 The interior of this van has features that include power steering, power windows and mirrors, an LCD navigation display, clear and convenient dashboard system, airbags for the driver and front passenger, a bevy of cabin storage spaces including glove compartments and middle console/door pockets, automatic climate control, and much more. 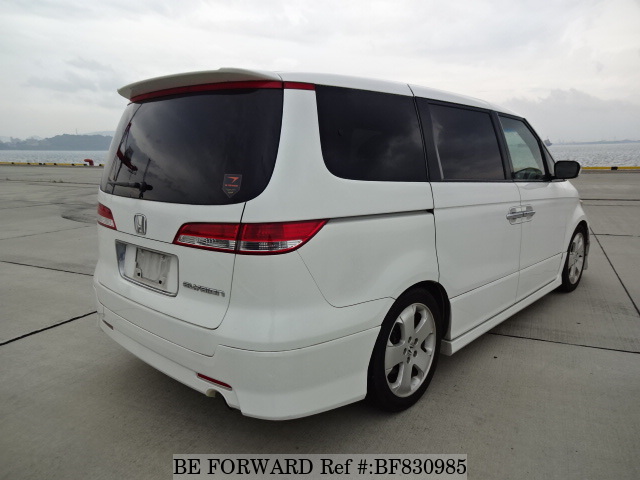 The exterior of the Elysion is boxy in the rear yet quite soft at the front, a trait that has caught on for a number of similar MPVs. In later trims, the passenger doors open and close automatically, as does the included lift gate. Most, although not all, models are also offered with attractive and durable 17-inch aluminum alloy wheels that complete the look. 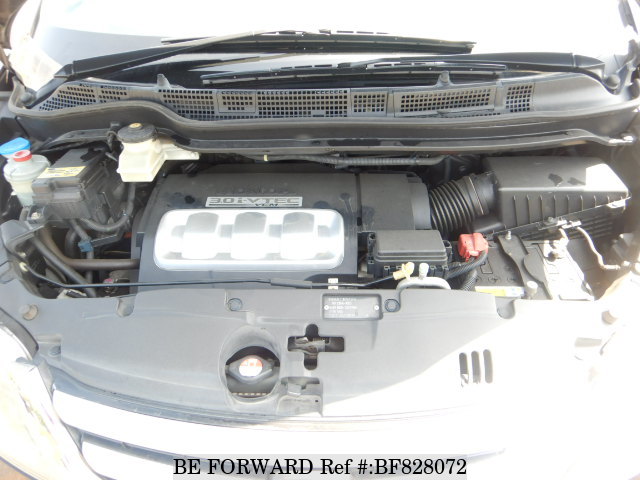 The most popular Honda Elysion trim comes with the 2.0-liter petrol i-VTEC K24A engine. VTEC engines are some of the most reliable in the world, having never been recalled since their introduction in 1988. The fuel consumption of the Elysion has an impressive average of around 18 km per liter. This is almost similar to the Honda Fit, a much smaller model, in some cases. Usually, you should expect a combined average of around 9.8 km per liter. 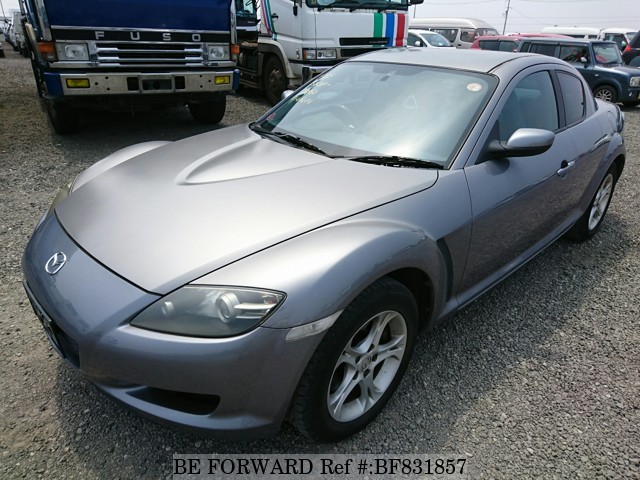 A beautiful looking sports car, the Mazda RX-8 can be used as much as a performance car as a regular day-to-day vehicle. This car was produced between 2002 and 2012 as a successor to the RX-7. A rear wheel drive car, the RX-8 came in three trims, each with new and improved features. 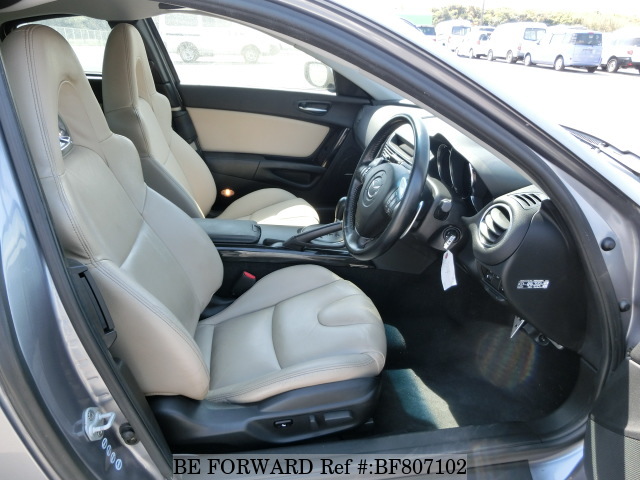 The Mazda RX-8 is a 4-door, 4-seater compact car.  Built to be a sports compact car, it does look a bit small on the outside but do not let that fool you, as it has plenty of space inside to comfortably seat 4 adults. A sporty dashboard, leather-wrapped steering wheel, cruise control, stereo, and a built-in navigation system make up just some of the available interior features. 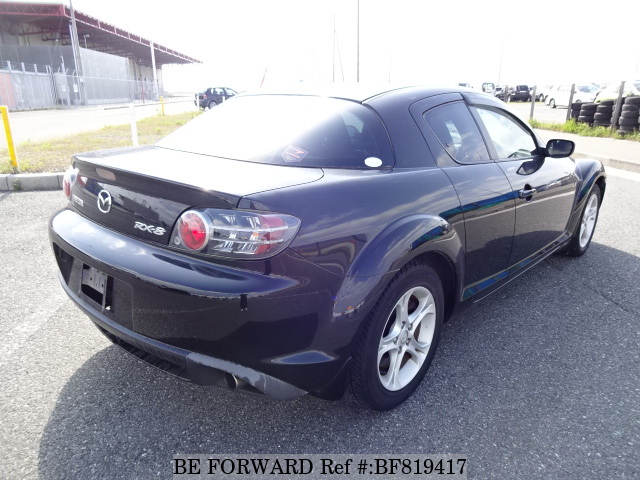 The exterior of the Mazda RX-8 looks more sporty than compact, with the rear half doors opening in a reverse direction in order to accommodate the rear passengers more conveniently than a regular coupe. The addition of slim automatic xenon headlights, 18-inch alloy wheels, and the nicely curved rear help to make this car look masculine and ready to go.

This coupe has a 1.3-liter, 2-rotor engine and comes in manual or automatic transmissions. Built for speed, the 6-speed manual transmission option has an output of 232 horsepower, and can do 0 to 96.6km per hour in as little as 7 seconds. With a fuel type of petrol, the RX-8’s average tank capacity comes in at 61 liters alongside its multi-point injection fuel system. Its fuel consumption has been rated at roughly 7km per liter. 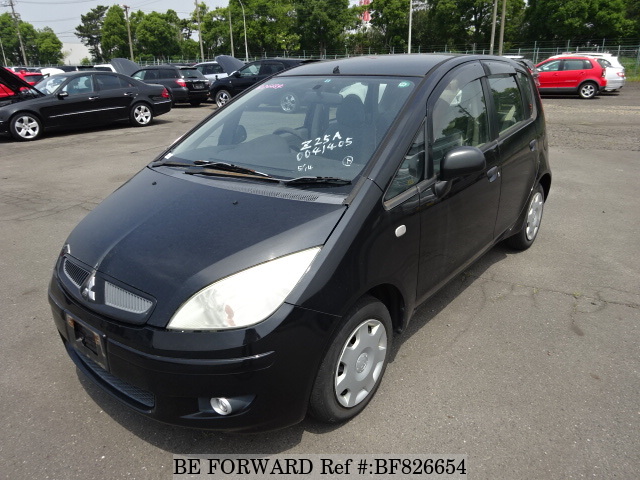 The Mitsubishi Colt was produced from 2002 to 2012, although since 1962 the name had been applied to a number of models. Just as its name “Colt” suggests, this is a small, compact hatchback that has been very popular in Africa as a secondhand car. This is a 5-seater, 5-door hatchback, with a manual rear lift gate. 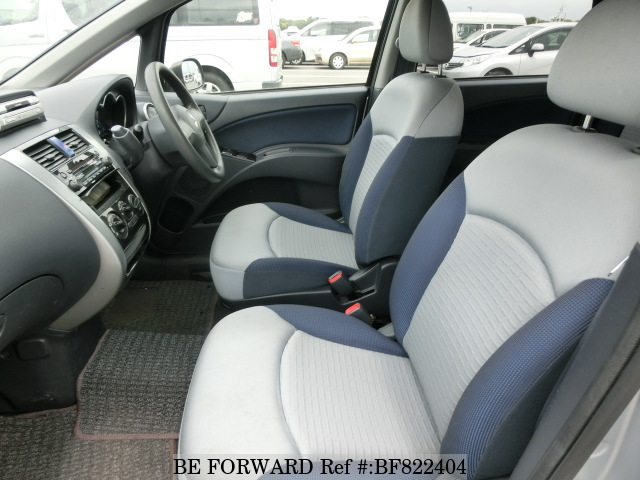 Some of the interior specs that you can expect include air conditioning, seat belts, power windows, power steering wheel, and the rear seats can split 60:40 to give you more cargo space. Storage includes a space saving spare wheel storage, center console with adequate space for small items, as well as a large glove compartment. 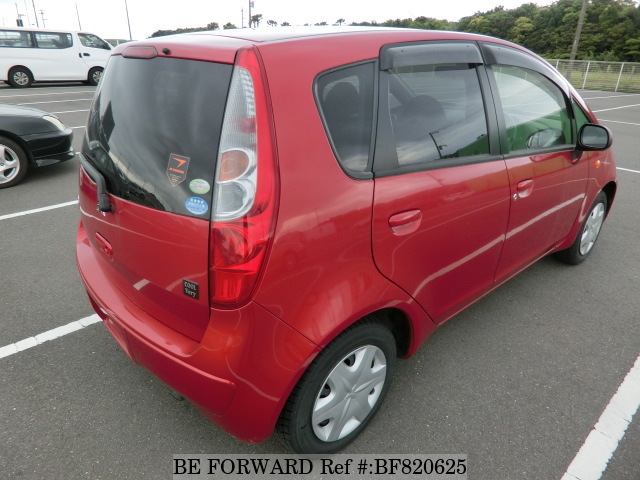 The exterior of the Colt is enhanced by the its cat eye looking headlights, body colored bumpers, and a slightly boxy rear look, with its rear lights set up high and with a ground clearance of slightly more than 6 inches. It comes with steel rims, but it is also possible to find used models fitted with alloy rims. 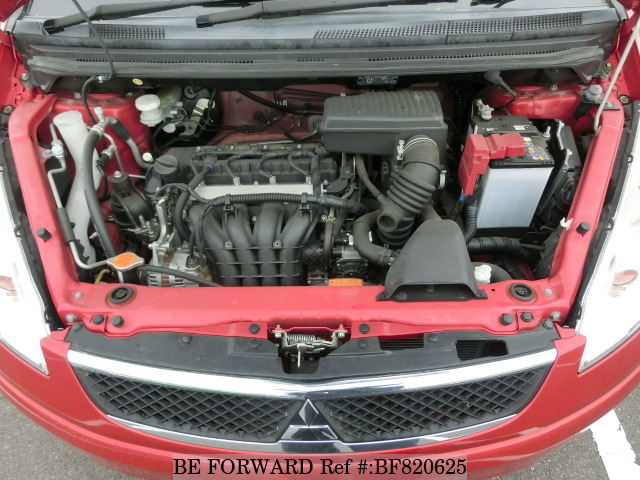 The Mitsubishi Colt comes in three trims, and each comes with its own engine. There is a 1.1-liter engine and 1.3 and 1.5-liter engines, including a diesel version of the latter. The fuel system for the petrol-powered Colt is multi-point injection and the fuel consumption is roughly 5.5 liters per 100km. 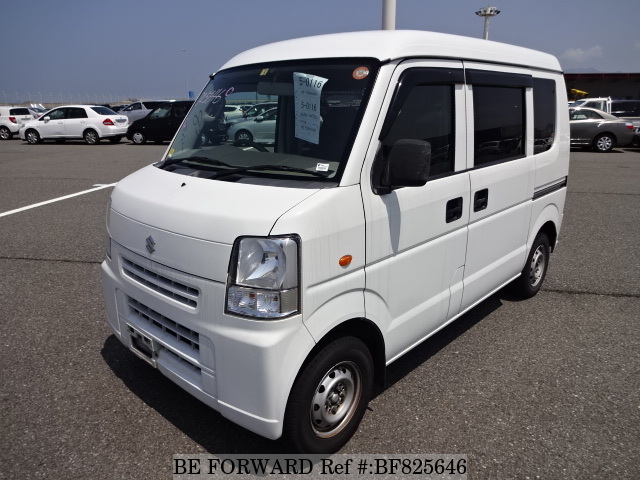 The Suzuki Every is a compact micro-van, which was a continuation, or the tenth generation of, the Suzuki Carry. This convenient van is currently in the eleventh generation, with its longevity a testament to its popularity. It comes in both commuter and cargo versions. 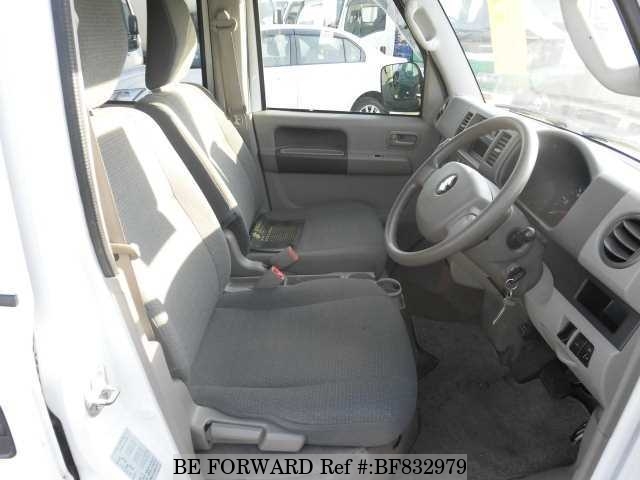 The interior of the Every is not any different from what you would expect in a boxy van. As a compact van its sizing is slightly smaller than that of a regular sized van. However, the driver seat is manually adjustable in a variety of ways to achieve the most comfortable driving position. Despite the smaller space, cabin storage is available in the glove compartment, small spaces in the dashboard and a gearshift hoisted high on the dashboard to create more room. The steering wheel is two-spoked, and the interior comes in a pleasant beige color. 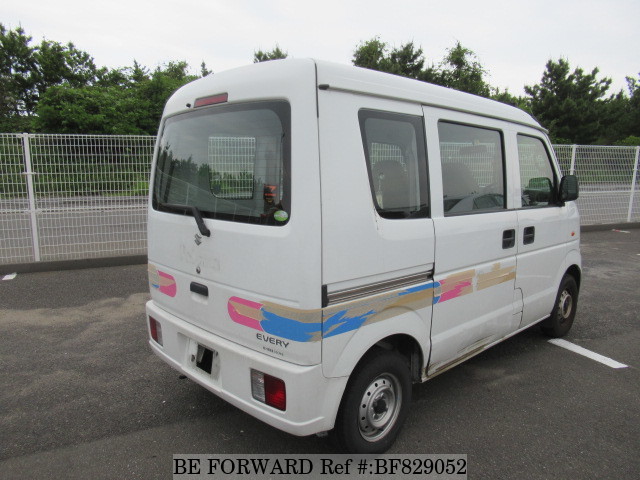 It is a high and boxy van, but the grill and headlight design give a better sense of balance, with the rectangular headlights embellishing the front. The small bonnet further enhances the boxy look, and the rear door is a lift gate that is hinged to the roof. In addition to the two front doors, which open normally, there is a sliding rear door on each side. To complete the look, the wheels are 12 inches in size, making it low enough for loading cargo easily. 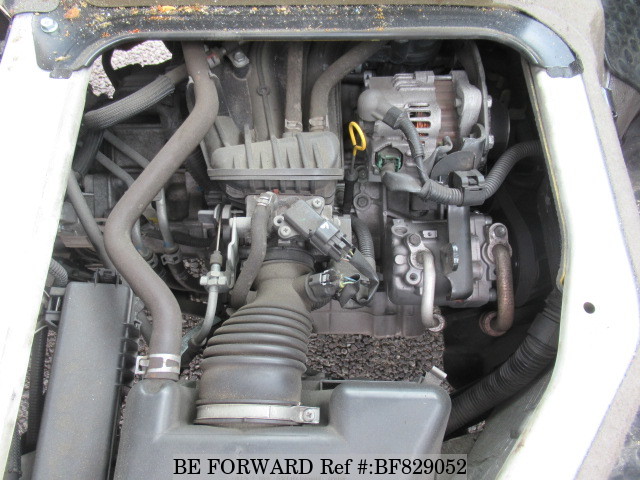 The Suzuki Every offers 55 horsepower, and an engine displacement of 660cc. Transmission is an automatic 4-speed for the four-wheel drive model, while the 2-wheel drive version comes with a 3-speed automatic transmission. As an added bonus, the Every saves a lot of money on fuel due to its compact size, with a fuel consumption rated at around 24km per liter.

Looking for even more high-quality, low-cost used Japanese cars? Tap or click the button below to browse BE FORWARD’s current stock list.

Find Another Hidden Gem with BE FORWARD

All six of these vehicles have been severely underrated and can easily become the car of your dreams. BE FORWARD has plenty more where these came from—all you have to do is look! Find more used cars just like these on the BE FORWARD stock page, or by looking through these comparison and list articles below.