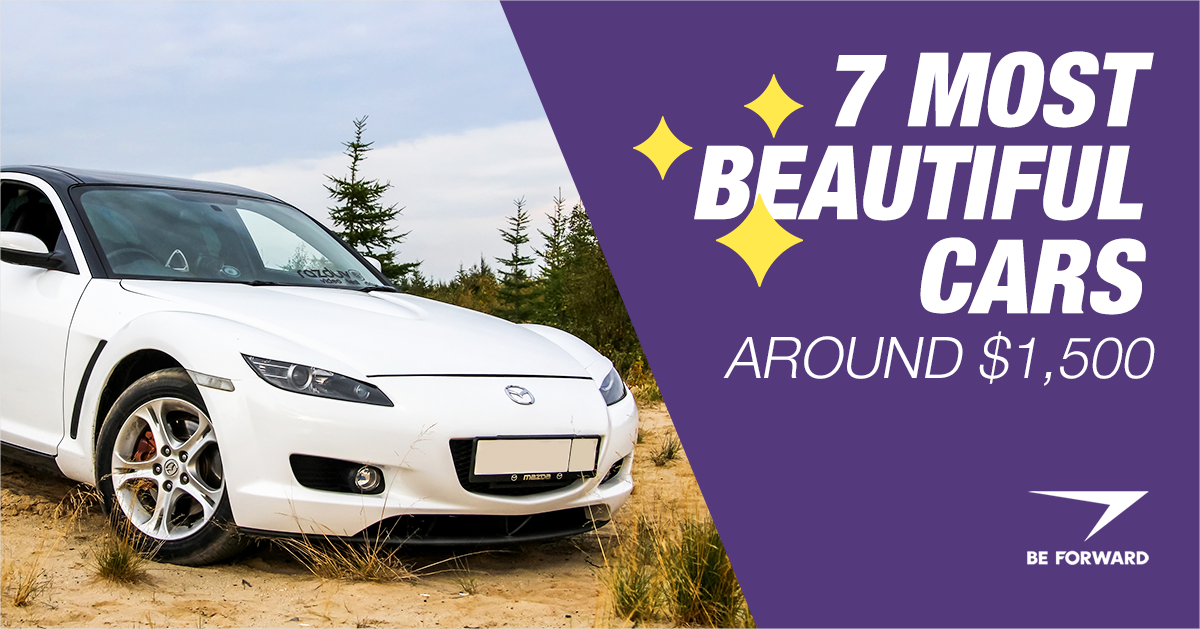 While some of the most beautiful cars in the world are costly, with a lot of sentimental value, the truth is that finding a beautiful yet affordable used car is easier than you may think! Some are commanding sedans while others are flashier coupes, but one thing these 7 vehicles have in common is that they turn heads wherever they go and, more importantly, don’t break the bank. 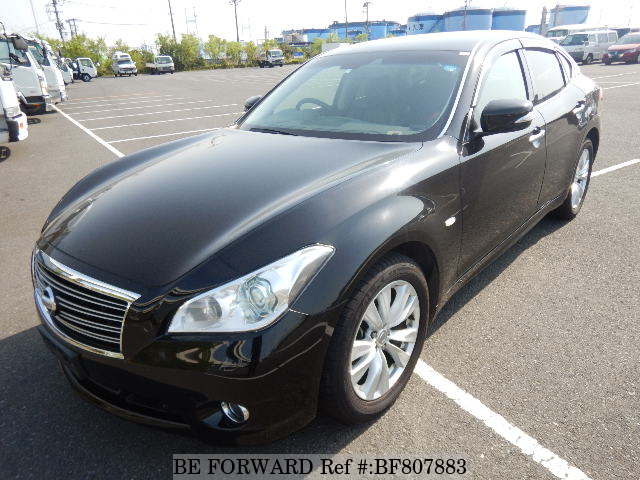 From a distance, the Nissan Fuga could be mistaken for a premium-grade Mercedes. It offers a design that is both elegant and composed, and as far as mid-sized sedans go, this is one of the best looking affordable used cars out there. This sedan has been in production since 2004 and it only seems to get better with time, like fine wine.

It is not only beautiful on the outside, but also on the inside. It comes with a lot of room, with an air of style alongside its range of features. In addition, other aesthetically-pleasing parts of its interior include a wood trim and soft leather accents. 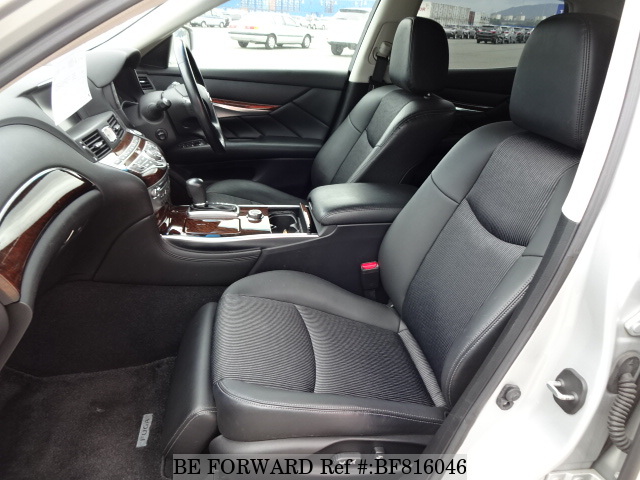 Above: Interior of a used 2010 Nissan Fuga 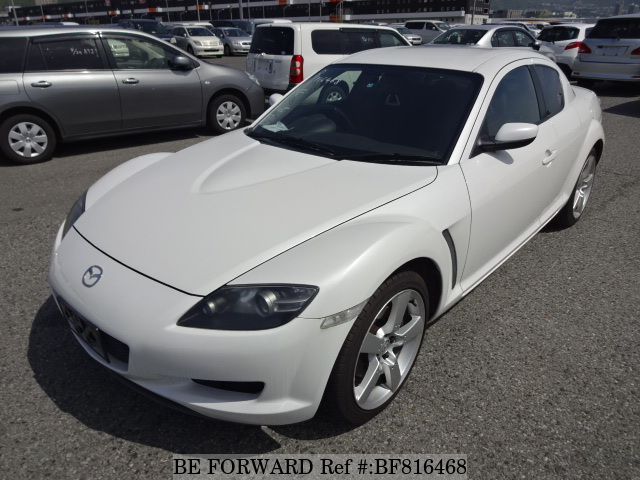 One does not need any conviction to know that the Mazda RX-8 is one of the most beautiful small cars around. But then, Mazda has never been a conventional car maker, and even the Mazda Axela can bear witness to that. They have always pushed the boundaries when it comes to how their cars look, feel, and drive and that is why the RX-8 is a marvel for the eyes.

The trademark feature of this car is its naturally aspirated rotary engine, which is an improvement of the two-rotor engine that was used in the RX-7. It is capable of producing up to 237 HP, and usually comes with a manual 6-speed gearbox. The interior of this car is a marvel. The sports seats, dashboard instruments, and the other surrounding features all contribute to this vehicle’s slick look. 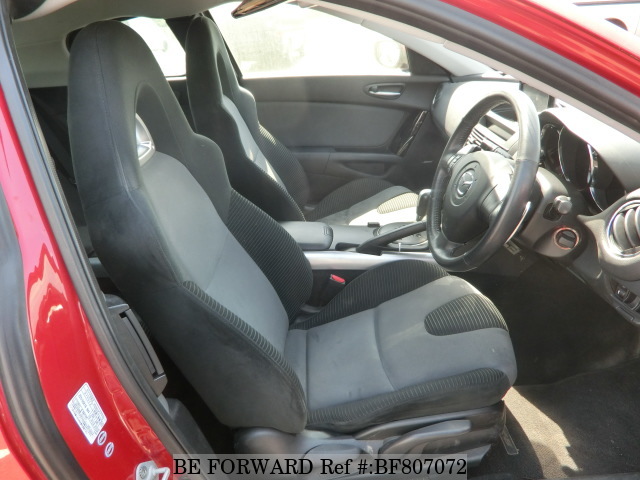 There is a lot to say about the exterior. Firstly, it is a rear-wheel drive car. Secondly, it has distinctive headlights that seem to pop out of the bonnet and command attention. It has spoilers, a rear wing, strong fog lights, and great looking alloy rims, making this car hard to miss on the road. It mostly comes in 2-door, but there are 4-door coupe versions available. 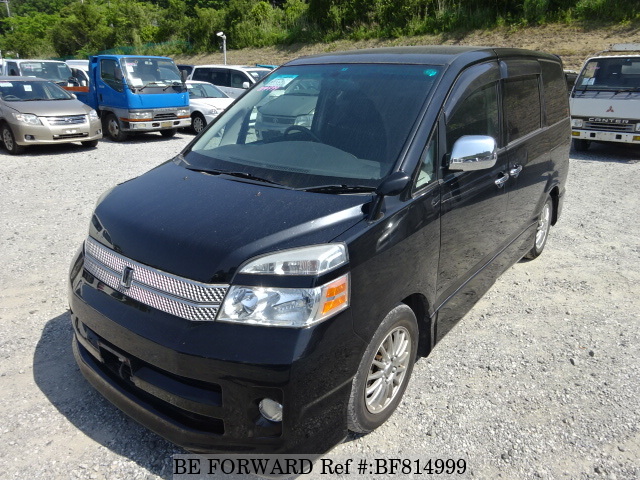 It is hard to believe that a van could be considered a particularly beautiful vehicle, but the Toyota Voxy is just that. This multipurpose van comes with an incredible set of features in addition to its overall sophisticated look. It offers a large, boxy frame but the rear and front bumpers, which are set lower to the ground, help to give it a more streamlined look.

Another notable feature is its beautiful set of headlights, with a strip of metal dividing the headlight from the side indicators for a unique design. Another well-designed feature that you will not want to miss are the easily-accessible sliding doors on both sides which are electrically controlled. 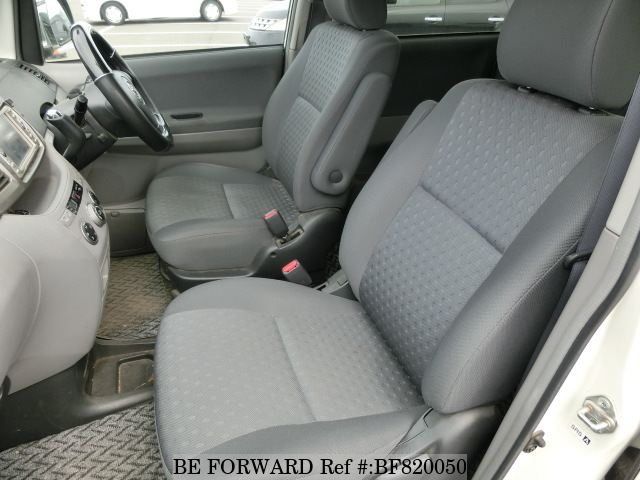 Above: Interior of a used 2003 Toyota Voxy

While it mostly comes in steel rims with plastic covers, many also come with alloy rims and this makes it look even better. The floor is flat, the front and back windshields offer high visibility, and for an 8-seater, this vehicle has an incredible amount of room. 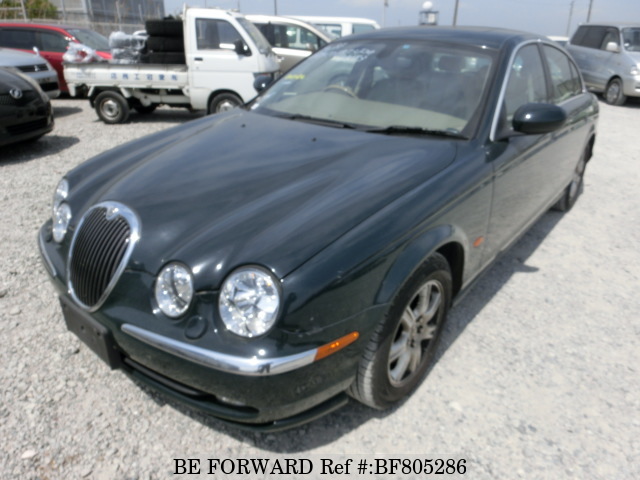 For the 8 years that the Jaguar S-Type was in production (2000-2008) it brought back the executive look of the beloved Jaguar sedans of the 1960s. When it comes to its exterior, we all know that most other luxury sedans within the market often come with sharp lines and angles, but not the Jaguar S-Type.

This car comes with a sleek curved design, slanting towards the ground beautifully both in the rear and in the front. In fact, this curviness is what makes the car stand out from so many other luxury sedans available.  But the S-Type is not all about the looks. There is more to the incredibly stunning interior and an electrically controlled driver’s seat. The V6 SE engine is powerful, and it can handle any task thrown at it. 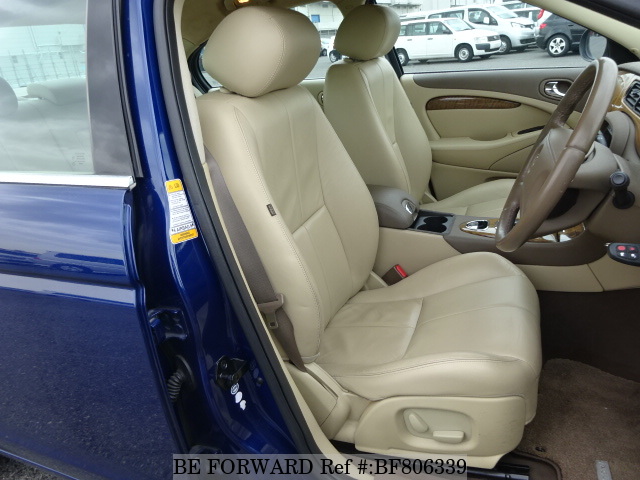 Above: Interior of a used 2005 Jaguar S-Type

The 18-inch alloy wheels make this car a head-turner. Not only that, but almost everything is electrically controlled, from the sunroof and mirrors to the windows and seats, adding an extra touch of convenience. 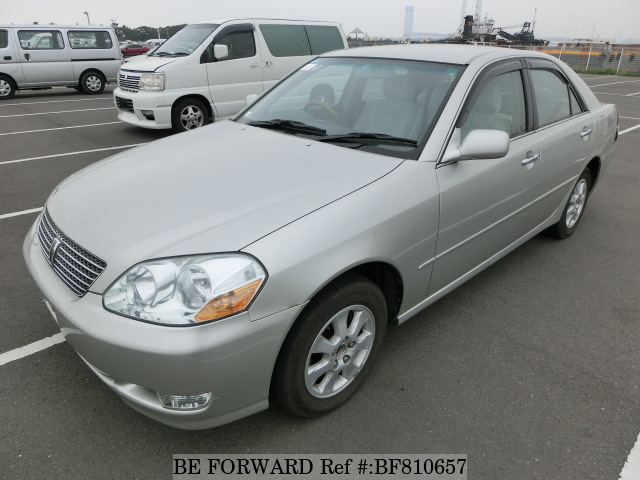 Produced between 1968 to 2004, if you would like to buy a used car that is on the borderline of a collectible and a regular car, the Toyota Mark II is a good choice for you. The slightly slanted nose that would later become so pronounced on its predecessors the Toyota Mark X and the Toyota Cresta make this car look stylish and sophisticated.

The interior of the Toyota Mark II is luxurious, and it has an incredible amount of space inside that can seat up to five passengers. With large and dominating lights both on the front and rear of the car, this classic and stately sedan is sure to leave an impression on others on the road. 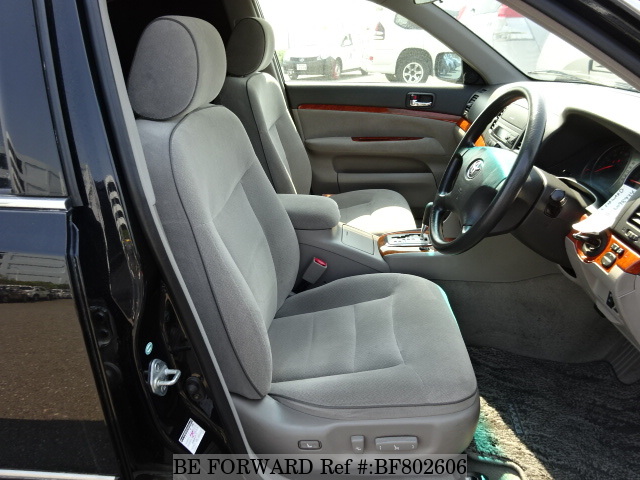 Above: Interior of a used 2004 Toyota Mark II 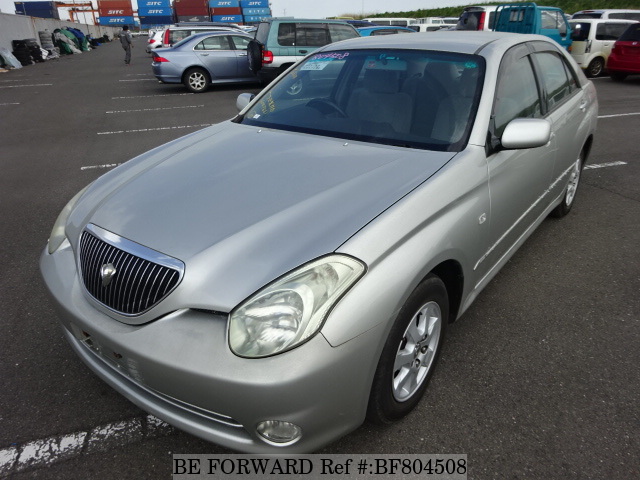 If you are in the market for a strong and imposing vehicle, the Toyota Verossa, with its prominent nose and bold lines, may just be the answer. Losing the straight lines and angular features that most low- to mid-priced sedans are known for, it features heavily slanted, nicely pronounced headlights and a huge body that equates to more space inside.

The interior, which is mostly offered in darker shades, is tantalizingly beautiful. The instruments are well-aligned on the dashboard for easy access, and its plush leather seats feel as luxurious as they look. In addition to its classy design, it has a big, reliable 2.5-liter engine capable of output of up to 280HP. 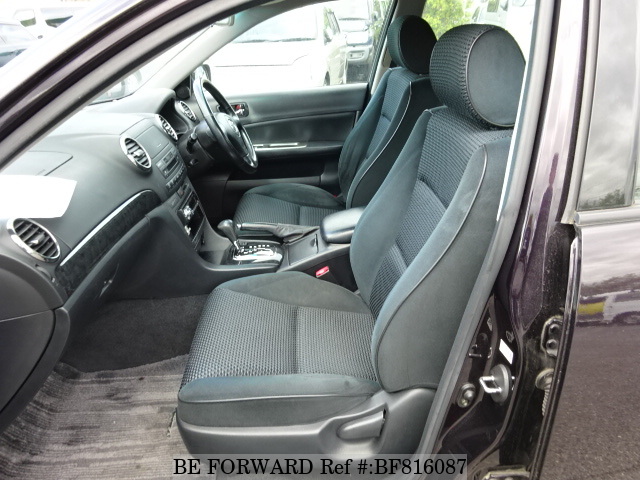 Above: Interior of a used 2001 Toyota Verossa 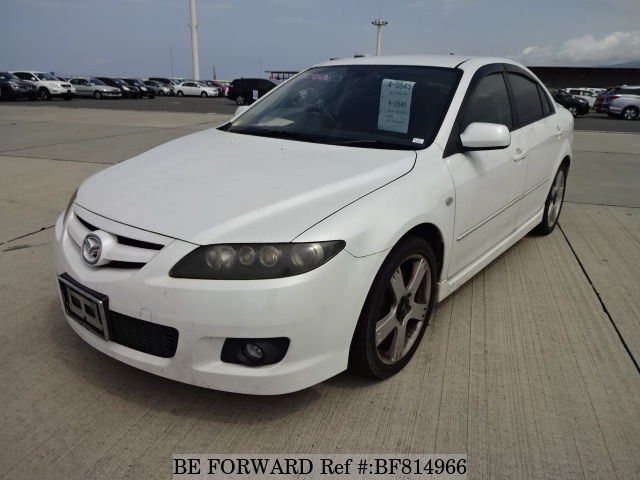 The Mazda Atenza Sport is further attestation to the ability of this motor maker to break the conventional rules of design and produce incredible vehicles in the process. If it were not for the badge and the name, you might even be tempted to think that this vehicle is from a European maker.

The interior of the car is outstandingly stylish, just as its exterior is. The steering wheel is multi-functional, with lots of mounted controls, and it has more than enough space for five people to fit comfortably. Another notable design feature is the Atenza Sport’s headlights, which have been pulled back to give this car the look of a predator on the prowl. They are more to the side than to the front, as well as being slim while still powerful. 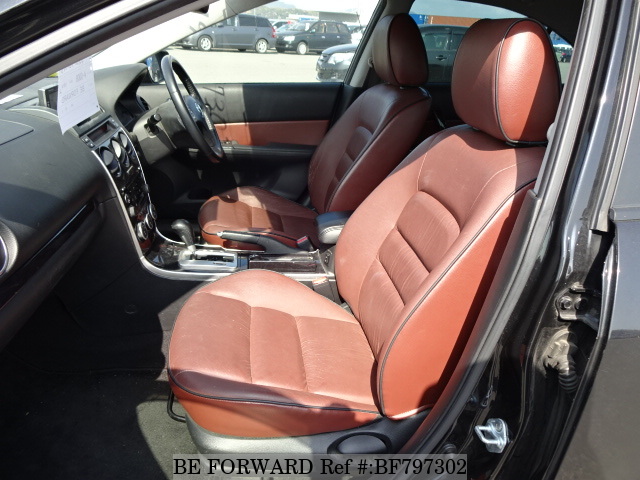 Above: Interior of a used 2006 Mazda Atenza Sport

Mazda engines are reliable, safe, and pack a punch of power, and the Atenza Sport is no different. Other features that make the Atenza Sport stand out its prominent spoiler, part-leather part-fabric seats, keyless entry, and attractive alloy rims.

Looking for even more quality used cars to browse? Click the button below to search through thousands of used cars shipped straight from Japan with BE FORWARD.