If you live in Africa, then you know that the rough conditions of most upcountry roads require a compact off-road vehicle that can withstand the hefty jostling while also being able to reliably serve you for many years. Off-road vehicles have higher ground clearance, are more spacious, and can take the beating of tough terrain. In addition, it is easy to find spare parts for most Japanese vehicles when you need to make a quick fix.

If you are looking for a smooth riding experience for your day-to-day car that can also be used as a regular family car, you have come to the right place. Keep reading as we highlight 5 of the best used cars for off-road driving.

What Are the Best Off-Road Driving SUVs?

These 5 rugged SUVs are your best bet for off-road driving, no matter the terrain.

Also called the Toyota Highlander in the USA, the Toyota Kluger is a mid-sized Toyota SUV that is both good looking and very effective as a family car as well as a smart urban vehicle. It is a cross between the snappy Toyota RAV4 and the sterling Land Cruiser Prado. Not as big as the Prado but not as small as the crossover SUV RAV4, the Kluger is placed somewhere in between—an SUV that really serves its purpose.

While the Kluger is not built to specifically be an off-roader, it still manages very well off the road. It is not a compact SUV since it is not built in the body on frame version of the Land Cruiser, but it serves just about the same purpose. 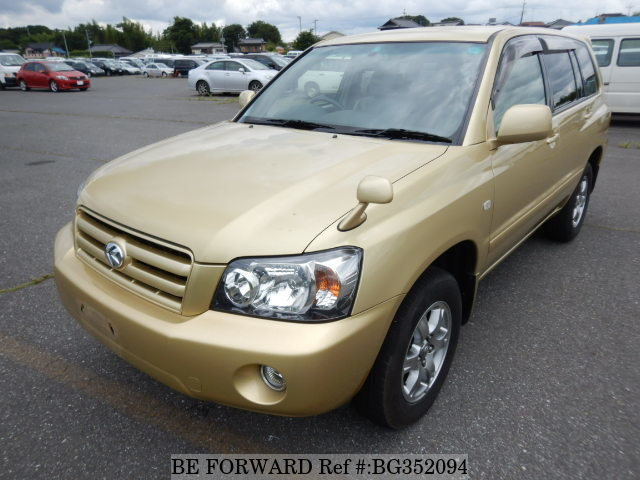 Unlike newer Klugers manufactured since 2015 that can seat 7 people, older models can seat up to 5 passengers. The back-most seats are very comfortable, made to hold two people, the middle seats take 3 people, and the cabin takes the driver and another passenger with ease and leg-room to spare.

The Kluger is a 5-door off-roader, with a back door that opens upwards like a station wagon. The exterior is indeed a beauty to look at, with clearly pronounced grooves, and a bold silver “K” logo on its black grill. The interior is large and spacious, with fabric or leather seats, a lockable glove compartment, and a drive shift (automatic) that is set between the dashboard and the floor.

Most models are available with a 5-speed automatic gearbox. Under the hood is a powerful V6 petrol engine, that is offered up to around 2990cc.

The pricing for a used Toyota Kluger can start anywhere from around $3,000 up to a little over $4,000, depending on the year of the model*

Starting from as little as $800, you can buy a high-quality used Subaru Forester from Japan (exclusive of freight and other charges). This impressive vehicle packs the power of a Subaru in a body made for off-road driving without the body roll that accompanies a fast-moving vehicle like the Land Cruiser TX. Accompanied by a 2L gasoline engine, the 2006 2nd generation Subaru comes packed with features.

If you want an off-road station wagon that is a little rarer and more unique than a Toyota, then this 5-door, 5 seater Subaru meets your needs perfectly. With a 4-cylinder engine that has a displacement between 2L and 2.4L, this car is not only unique in design but also powerful beneath the bonnet. As some say, there is no point buying a Subaru that is not turbocharged. This one definitely is! 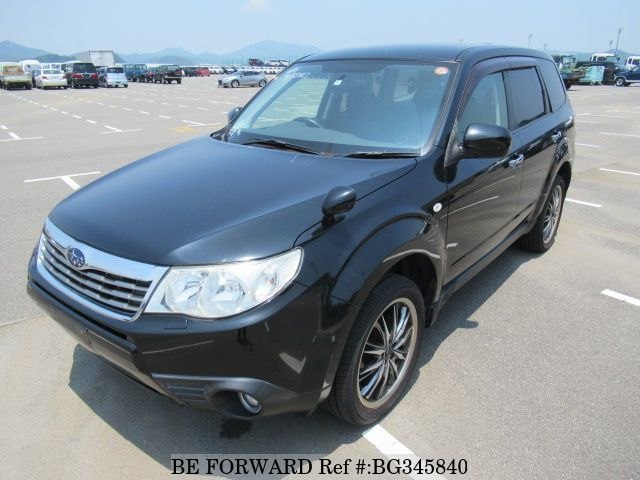 The average combined fuel economy for both city and highway driving is between 9.1km/L to 11.8km/L, which is impressive for a car of this size, and the full tank capacity is 60 liters.

The interior is more spacious than a regular station wagon like the Avensis, as this car has more headroom. Depending on the model it can come with leather or fabric seats, and the gearbox is a 4-, 5-, or 6-speed automatic or manual transmission.

This 4-wheel-drive car is built for a small family that loves to go off the beaten path every now and then. However, as the ground clearance is low it is best suited for terrain that is not too rough.

A used Subaru Forester can be imported from as little as $800 up to around $4,000 for newer used models.*

Hot on the heels of the Forester comes the Nissan X-Trail. As a mini SUV, it has not been built with a body-on-frame style but at the same time, it is considered too big to be a station wagon. Production for the 5-door, 5-seat, 4-wheel-drive X-Trail started in 2001 and almost 20 years later, the vehicle has only gotten better with time.

Powered by a 2.5-liter, 4-cylinder petrol engine, this car is a serious contender for the top spot of the best off-road vehicles to buy in places like Africa. Where the Subaru Forester lacks in ground clearance, the X-Trail has more than enough, yet it is not as high as some SUVs. It will give you a fuel economy of around 11km/L to 14.1km/L, city and highway combined. 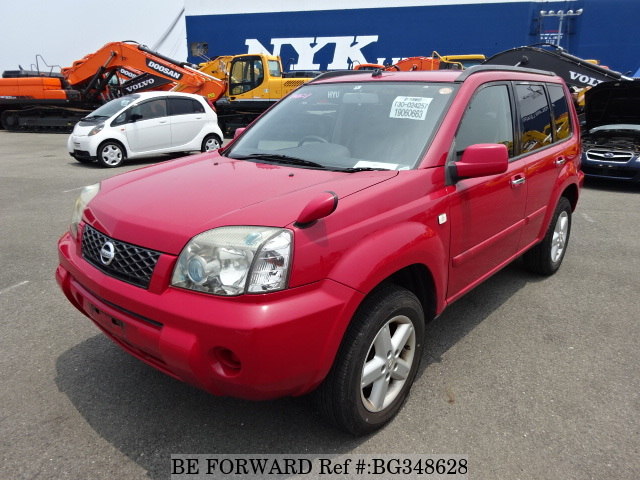 The interior of the X-Trail stands out thanks to the spacious cabin, and the ride is great if you have the struts and bushings in order. What makes this vehicle so popular is that it looks better and bigger and has a sizeable boot (410kg compared to Forester’s 387kg), but at the same time costs a lot less.

Nissan vehicles are well-known for their refined looks and reliability, and the X-Trail does not disappoint. The interior is neat and nicely upholstered with half-leather / half-fabric seats. There is also a lot of storage space, cup holders, and a huge glove compartment, all perfect for family use.

As for the exterior, the car offers a large, box-like frame with 15-inch rims, and the proud Nissan badge on its aggressive-looking grill—all these will make you wonder why this car is referred to as a “soft off-roader.”

People who have owned the Toyota Hilux Surf refer to it as a “little truck” and true to form, it does not disappoint at living up to its reputation. It does look a bit rugged, especially the earlier models, but it also offers a reliable and respectable appearance that is popular with male drivers.

This model may be all of 15 years or older, but it is still a solid performer. In addition, the 2002 Toyota Hilux Surf, from its fourth generation, also comes with a number of added comforts. 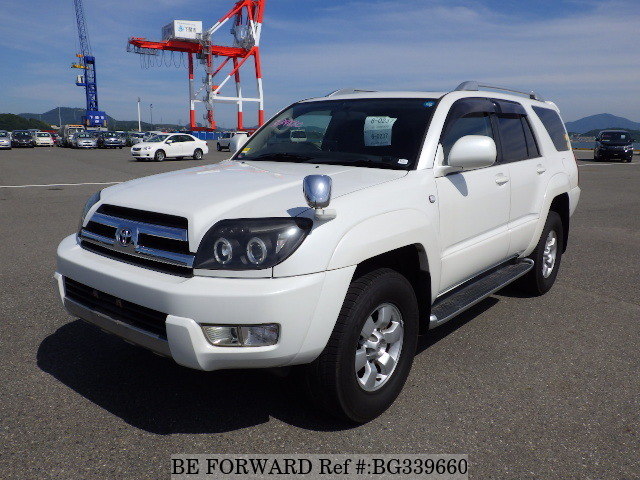 The engine is a 3L diesel intercooler, but there is also a petrol powered V6 4.0-liter engine option. However, the former is more popular across many places in Africa because diesel is relatively cheaper than gasoline.

Just a glance at the exterior of this vehicle will tell you that it’s ready for business. It offers a sturdy frame with a lot of ground clearance, along with 5 doors, 5 seats, 17-inch rims, and a big boot to complete the look.

The interior emphasises the idea of this car being built for functionality and off-road ability rather than for luxury. However, its cabin is spacious and allows for better visibility on the road. It also may come with or without a sunroof, depending on the model and trim.

The Toyota Land Cruiser Prado is an 8 seater, making it the perfect vehicle if you’re looking to pack an extended family for a long drive from the city to upcountry. With a very reliable 3.4-liter engine, you can be sure that it will continue running for years to come. In addition, the engine is pushed further from the grill making it much safer in case of minor accidents.

The Toyota Land Cruiser Prado is a 5-door mid-size SUV that is a perfect fit for Africa and other countries with similarly rough terrains. The car comes with either a 5-speed manual or automatic gearbox, a comfortable interior fitted with high-quality fabric or leather, heated seats, and better visibility than a smaller car. It also features daily necessities like many cup holders, navigation system, radio, and air conditioner. 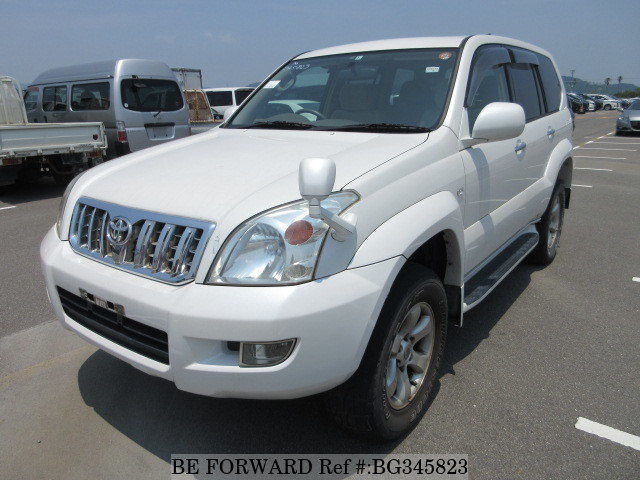 On the outside it offers high ground clearance, along with rims measuring from 17 to 22 inches. It is made for comfort as well as functionality, which makes the Land Cruiser Prado the kind of car that you want to drive off-road as well as around town.

You will love it for its prestige, and it is a car that makes a personal statement on the road. It also boasts solid safety features, a huge boot space, and an average fuel consumption of around 11 liters per 100km.

A used Toyota Land Cruiser Prado can be bought anywhere from around $3,000 for earlier models to around $10,000 and above.*

Which Off-road Car is Best for Me?

Off-road driving in Africa or elsewhere can be very punishing for your car if you do not have the right vehicle. From a broken suspension to serious accidents, you need a car that is specifically made for off-road driving. They do not come any better than these 5 beasts, but there are a number of things to consider before you take the plunge.

You should have the size of your family in mind, so that you can decide between something like a smaller 5 seater off-road vehicle or a bigger 7 or 8 seater. You should also consider the number of features and driving comfort in addition to the resiliency of the exterior. In all, the choice comes down to a matter of personal preference in regard to your situation and driving needs.