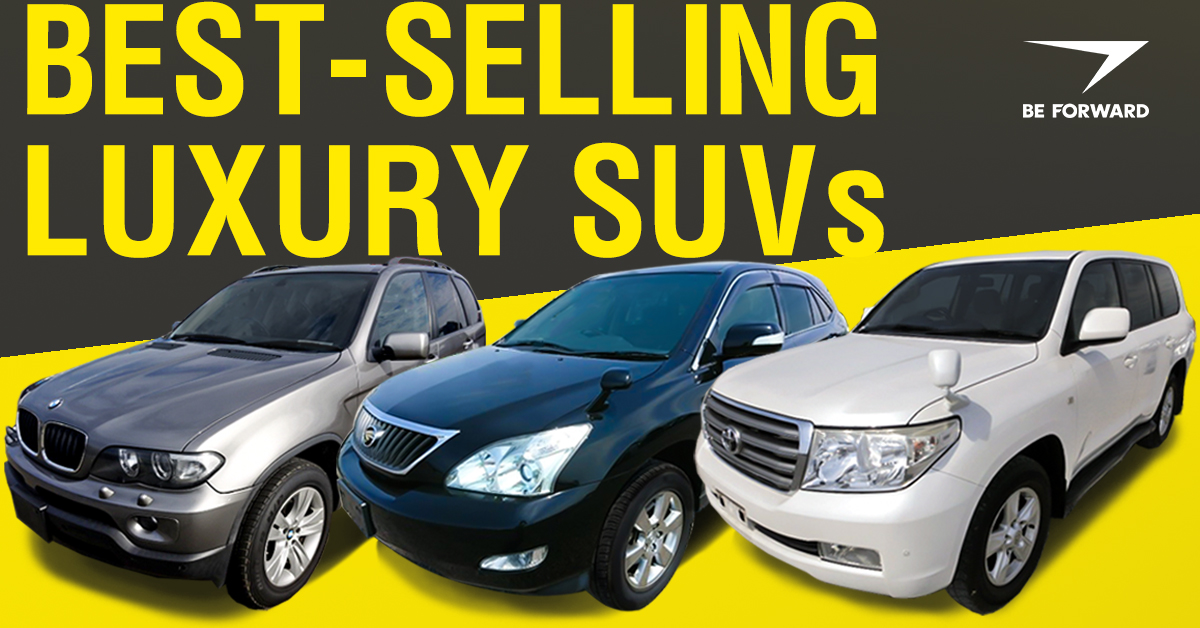 Recent years in Africa have seen luxury sedans rising in popularity, but nothing says “look at me” like a shiny luxury SUV, and a number of automakers have stepped up to supply them. After Toyota practically invented the Crossover SUV, the Toyota RAV4, Range Rover took it one step further and invented the Luxury SUV. Audi, BMW, Mercedes, Jeep, Lexus, Porsche, Volvo, and Volkswagen, have followed in their tire tracks, producing a number of luxurious SUVs. Here are some of the best-selling luxury SUVs in Africa. 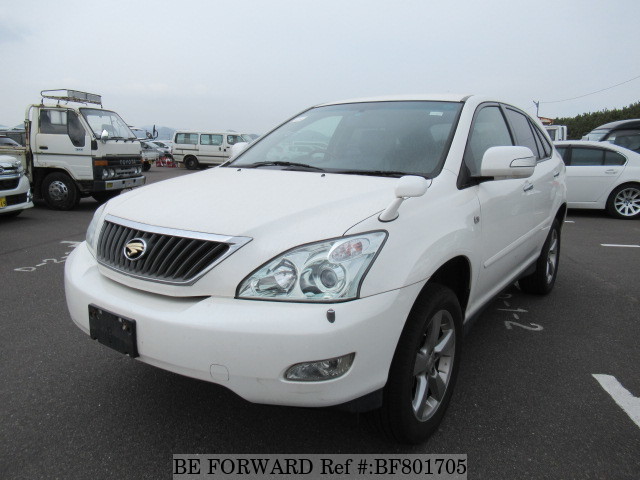 Known outside of Japan as the Lexus RX, the Toyota Harrier is a luxury crossover SUV that has found worldwide appeal. Rarely touted as an off-road performer, the Toyota Harrier is an excellent example of a luxury SUV exceeding expectations. The interior of this luxury SUV is comfortable, with plenty of space for passengers and cargo, high-end audio system and adaptive climate control. 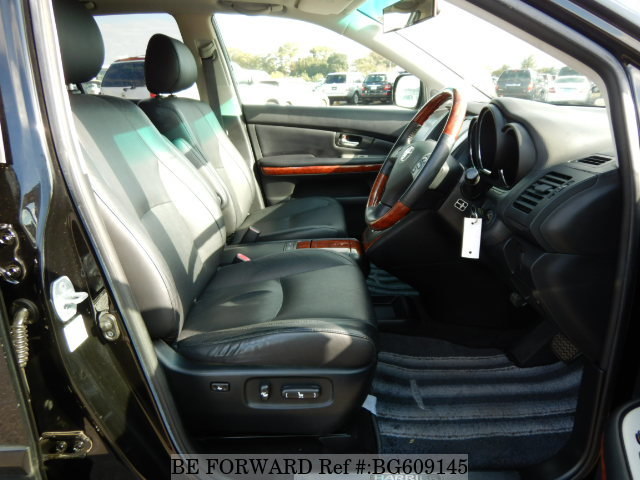 The interior of a used 2006 Toyota Harrier

Under the hood, an efficient and reliable engine delivers the power necessary for navigating city streets, and a capable all-wheel drive (AWD) system, if equipped, handles most poor road surfaces with ease. The fuel economy for this strapping SUV falls anywhere between 8.8-11 km/l. 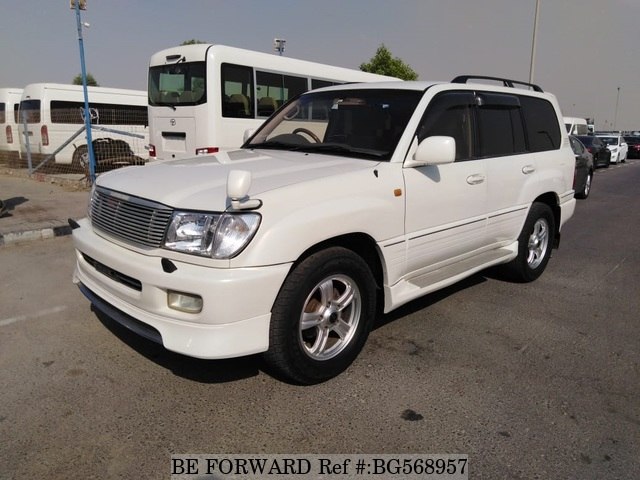 If Toyota Harrier has an uncle, then the Toyota Land Cruiser would be it, and for good reason. Standing outside the Land Cruiser, you notice its height, width, and length. Under the hood is at least a V6 or V8 engine and, under the chassis, a fully capable four-wheel or all-wheel drive system. The cabin, for the driver, is almost cavernous, with room for up to eight passengers in some models. Its combined economy is roughly 6.4 km/l. 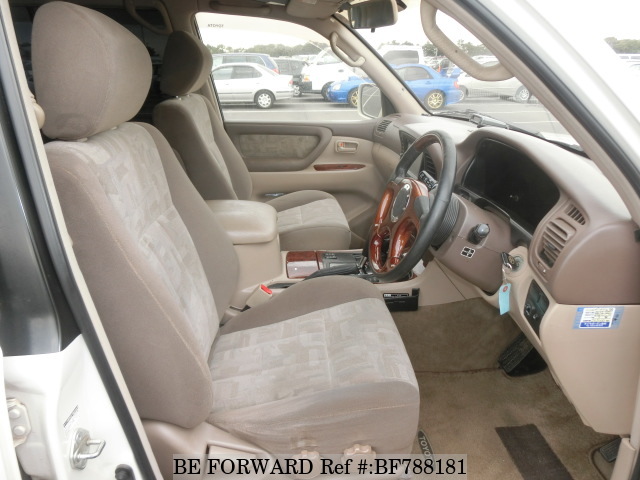 Above: Interior of a used 1998 Toyota Land Cruiser

The space is well appointed with leather and wood-grain throughout the cabin, a home-theater-quality sound system, and all the trimmings you’d come to expect. Finally, like all Toyota models, this is one vehicle that spends a minimum amount of time in the shop. 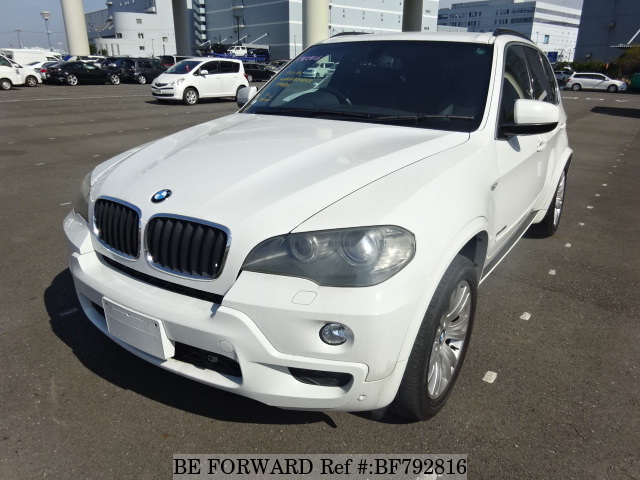 The BMW X5 could be the most luxurious of the luxury SUVs on this list.  As a performance vehicle you would expect the X5 to drink fuel like there’s no tomorrow, but it is surprisingly easy on the wallet.  Aside from all the common luxury items, the BMW X5 is exceptionally spacious, which is great for carrying up to five passengers on any number of excursions. 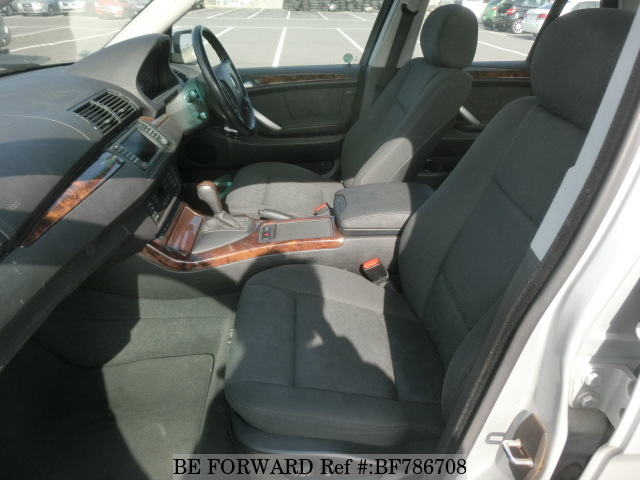 Another plus of the BMW X5 is that, in spite of its size, it is surprisingly easy to drive with electronic power steering and optional active steering. Newer used versions can attain a fuel economy of up to 16 km/l. 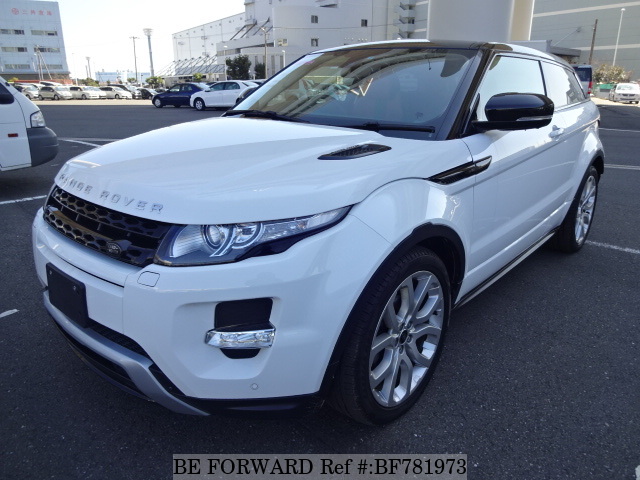 Land Rover and Range Rover practically invented the Luxury SUV segment, so it stands to reason that it is still one of the best-selling luxury SUVs on the African market. While the Land Rover Freelander, and others, have found appeal with the older generation, the younger generation is buying into the Range Rover Evoque and Sport. 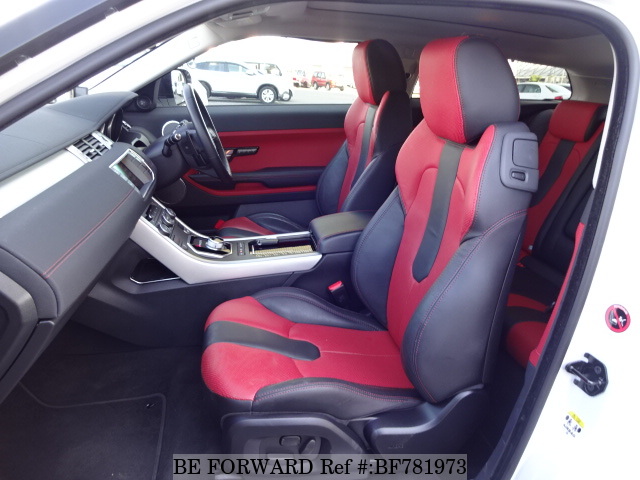 Above: Interior of a used 2013 Range Rover Evoque

All of these offer class-leading off-road performance, as well as on-road finesse, with just the right amount of Land Rover class. The Evoque, in particular, is the sportiest-looking of the bunch, which is turning heads of even those who wouldn’t have considered the brand before. This dashing SUV model can attain an average fuel economy of about 10.2 km/l. 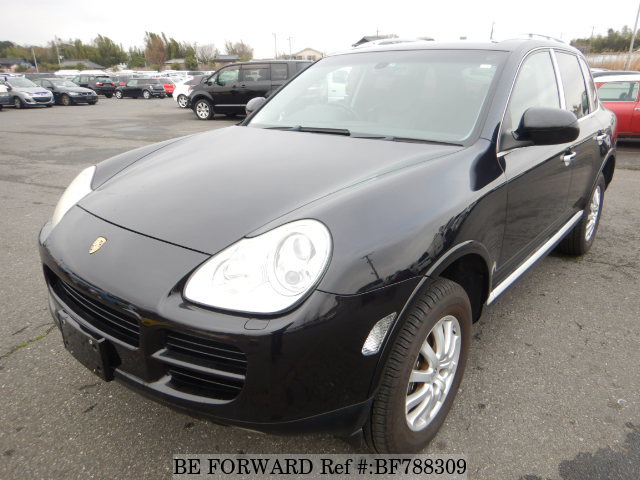 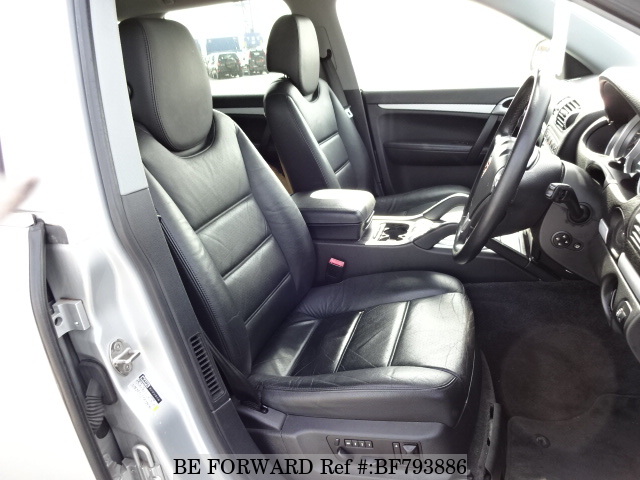 Above: Interior of a used 2004 Porsche Cayenne

In spite of its height, the Porsche Cayenne does not handle like an SUV, sticking closely to its Porsche roots.  That being said, the Porsche Cayenne handles far better than most of the SUVs on this list.  The demand for the Cayenne is so strong, that most vehicles don’t spend much more than a day on the showroom floor.

Made your next buying decision already? Excited to see what else BE FORWARD has to offer? View the entire stock list for thousands of affordable used cars by clicking the button below.