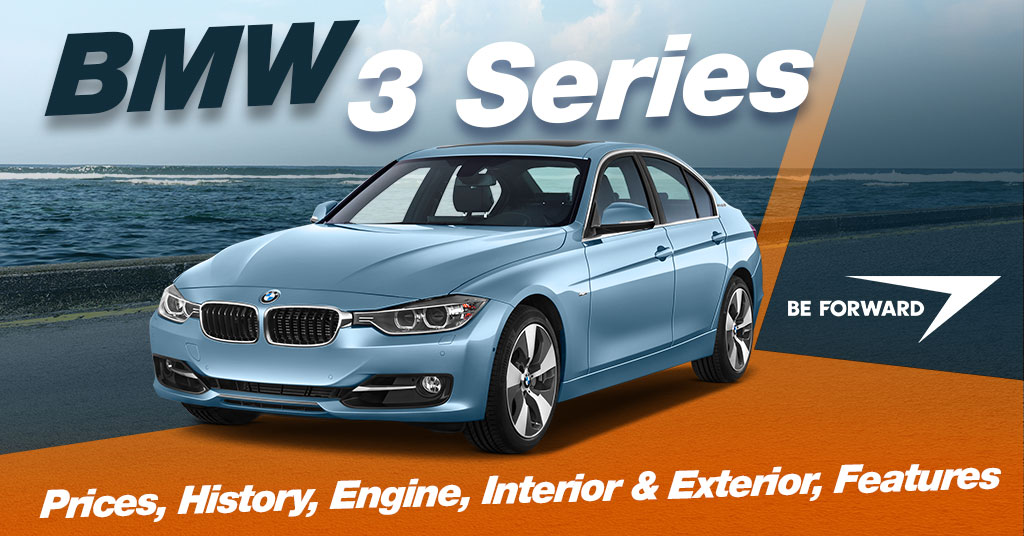 This article focuses on the BMW 3 Series saloon and touring that comes with TwinPower Turbo engine technology in petrol and diesel engine options that not only delivers agile performance but is also extremely fuel-efficient and low in emissions. If you are looking to purchase an affordable vehicle in terms of fuel but with high efficiency, then this article is for you.

The 7th generation BMW 3 series grew in length by almost 93 millimeters compared with the previous release which resulted in better interior space. At the front, there is an almost 15-millimeter increase in legroom and the headroom is up by 8 millimeters. At the back, the passengers are afforded better shoulder and legroom.

The 3 Series has a wide range of storage compartments that enhance practicality. At the front row, the front doors have space that can fit 1-liter bottles, and on the center console, you find two large cup holders just in front of the gearshift lever. Extra storage space can be found on the armrest compartment, while at the back, the door pockets contain large door pockets.

The cargo space for the 7th generation BMW 3 series has increased by 20L which means more cargo space. An elective through-loading system with a 40:20:40 folding back seat backrest offers flexible carrying for bulky goods.

The interior of the BMW 3 Series provides sophisticated features for the maximum comfortability of the driver and passengers. The interior is nicely complemented with the 40:20:40 split-folding seats that give rise to that extra cargo space that can be useful when need arise; the 3 Series also comes with a smart closing and opening tailgate, a 600W amplifier that comes with 16 loudspeakers, the BMW Navigation system – Professional Multimedia that comes with an 8.8’’ widescreen display, Bluetooth and voice control system.

The BMW 3 Series has developed in terms of dimensions; particularly its wider track has led to a more impressive on-the-road presence. The flat stylishness of the revised BMW front grille also helps to give the car a sporting feel.

The BMW 3 Series comes in a range of 13 engine options giving buyers an extended range of vehicle options with regards to capability, comfortability, and body style.

The BMW 3 Series is built with an innovative system suspension for your absolute driving pleasure. It comes with a 50:50 axle load distribution that ensures maximum road stability with consideration to your current load, the intelligent BMW all-wheel-drive system for all-weather roads adaptability due to its high traction, a standard suspension that comes with high comfort and precision, and the hallmark BMW rear-wheel-drive for perfect steering precision.

BMW continues to exhibit leadership in the automotive industry brand due to its high safety features. The BMW 3 Series comes with a dynamic safety warning system that warns the driver and brings a car to a standstill after an accident, airbags for the driver and front passenger, a Dynamic Stability Control (DSC), and BMW Icon Adaptive LED headlights for ultimate visibility at all times during driving.

BMW 3 series price ranges from $890 on the used car market depending on model year, condition of the car, mileage, and trim.If you are looking for an affordable yet executive vehicle then the BMW 3 Series is a perfect match with consideration to the above features. Visit BE FORWARD to make an easy purchase of the latest BMW 3 Series today.