Skip to content
TOP  >  Car Review  >  Borgward: A History And A Revival 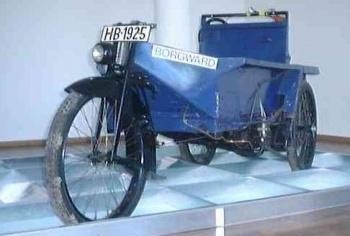 Carl F. W. Borgward marketed his first car in 1924. Dubbed the Blitzkarren(”electric car” and pictured above), it was a simple three-wheeled cart powered by an underwhelming 2 bhp motor. The vehicle was built with the single purpose of being a delivery vehicle for cash strapped German tradesmen after WWI. Despite its small motor and a tendency to tip to the side on its front wheel, it became a huge success, becoming the main delivery unit for the German postal system. By 1929, Borgward had been able to absorb smaller automakers Hansa and Llyod into his Goliath-Werke Borgward & Co, forming the largest business concern in the Bremen, Germany area.

Now known as Carl F. W. Borgward GmbH, the company introduced the Borgward Isabella in 1954. The car became the company’s most successful unit and production continued through 1962. The demand was so great for the Isabella, that 11,150 were produced the first year, a number unimaginable by an European automaker at the time.

Despite the Isabella’s enthusiastic reception in 1954, the car suffered many design and mechanical problems, all of which reflected its rushed development schedule. The problems would not have had such a devastating impact if Borgward’s main competitor, Daimler-Benz, had suffered similarly. Unfortunately for Borgward, Daimler-Benz prodcued efficient vehicles that demonstrated that cars should come from the factory free of mechanical problems. 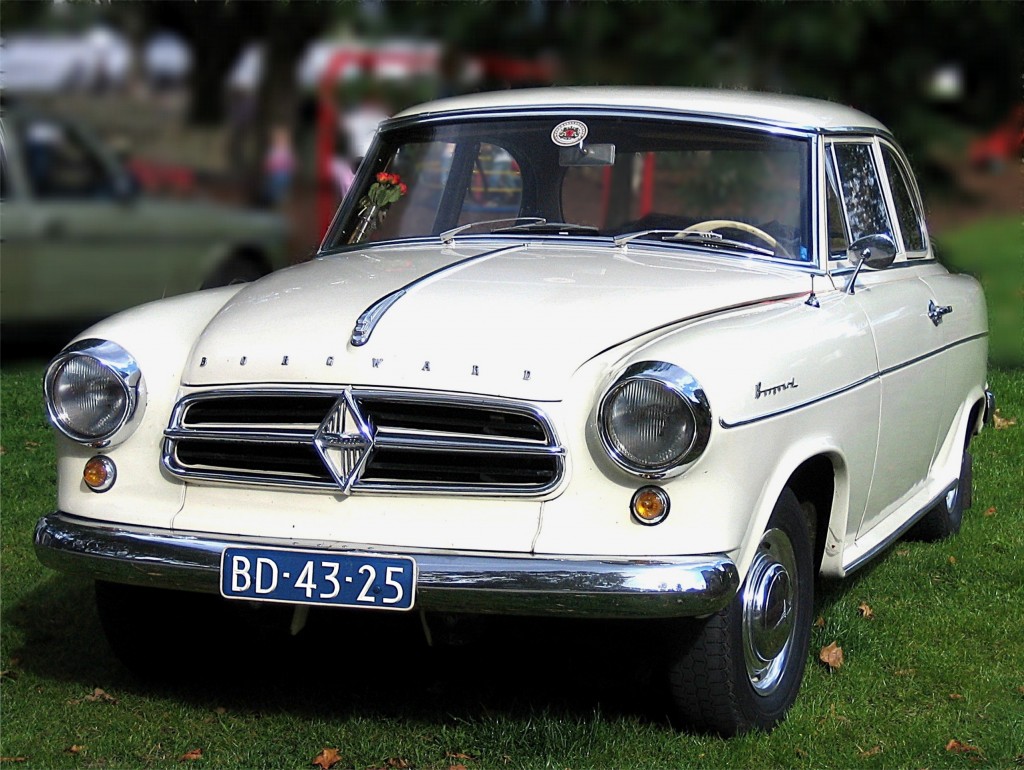 On the upside, the Isabella fell into a comfortable niche. Although it was priced at DM 7,265: above models from Opel and Ford, but it was very inexpensive compared to the Daimler-Benz units. The Isabella offered a spacious passenger cabin and impressive performance, so was perceived as competitively priced. The Isabella sported amenities such as a clock and cigarette lighter, both unusual standard features for the time. Additionally, Borgwad was leading the automotive trend to use a monocoque chassis In the rear, the suspension featured a swing axle and coil springs on all four wheels. It was powered by a 1493cc engine that produced 60 bhp and was paired to a four-speed full synchromesh gear box. Another innovation Borgward used in the Isabella was a hydraulic clutch, making shifting easier and more fluid.

By 1956, sales of the Isabella were tanking. The impact to the company was extreme: the Isabella being the only model in production. The company attempted to revamp its offering by debuting a coupe and a cabriolet. Neither met with success and the company entered bankruptcy proceedings in 1961. Full production continued through 1962, allowing the company to use all of its stockpiled parts. By the time the company was dissolved, Borgward had produced  202,862 Isabellas, an amazing production run for any automaker in its era. 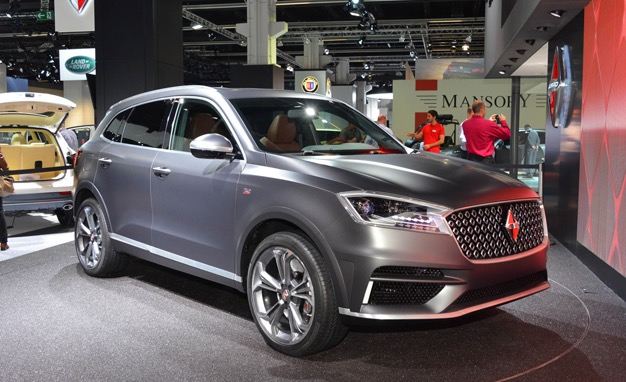 Fast-forward nearly 50 years. In 2008, the founder’s grandson, Christian Borgward, made a move to resurrect the brand. He teamed up with former Saab and Daimler PR executive Karlheinz Knöss; eventually partnering with Beiqi Foton Motor in 2014 for production assistance. The result of the collaboration is that two ”near-prodcution” prototypes of the Borgward BX-7 AWD T-GDI were debuted at the Frankfurt Auto Show in 2015. The new SUV is set to hit the Chinese market in early 2016. The BX-7 is not scheduled to hit the German and European markets until 2018. A Borgward executive, while demonstrating the new SUV, said: ”We borrowed the wing design for the new BORGWARD BX 7 directly from the world’s dynamic nature. Just like a bird of prey, dragonfly or ray, our new SUV offers a completely individual interpretation of the wing shape and is therefore unmistakable.”

Power comes from a turbocharged four-cylinder, direct-injected engine that delivers 224 bhp and a plug-in hybrid electric motor that offers up to 55 km of battery-only driving. The powerhouse is paired to a six-speed automatic transmission. The BX-7 is an AWD vehicle that routes 90 percent of its available torque to the front wheels under normal driving conditions. If road conditions get a bit dicey, torque is diverted to the rear wheels via an electronically controlled all-wheel multiple-plate clutch. Crash testing has not been performed at this point, but engineered crumple zones, a full complement of airbags, and systems like collision alert with automatic braking, lane-keeping assist, adaptive cruise control, side-wind compensation, and a 360-degree-view camera should make for a safe vehicle.

Even with two prototypes to show the world, Borgward still has a long way to go before full production can begin. That darn crash testing is going to have to be completed before the BX-7 can enter many markets and there is a pesky need for a dealer network. In China, those obstacles can be easily overcome, but Foton does not have a framework in place in Europe or North America, so there is still a lot of work to be done. Even so, we wish all luck to a brand that was at one time the fourth largest automaker in German in its resurrection from history!