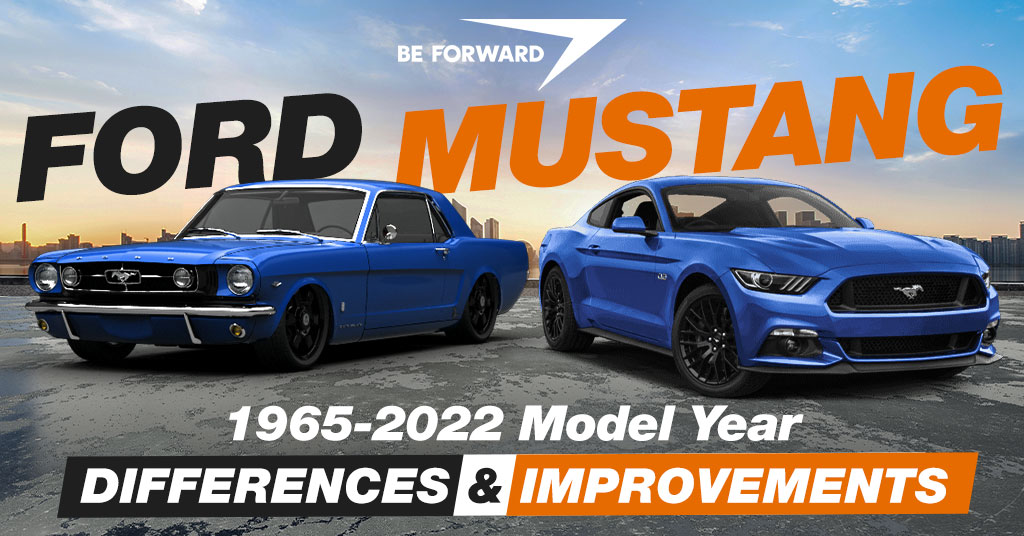 Ford Mustang…what a beautiful combination of names, a man and a powerful horse. This car came into the market when engine power was not measured in CC but in horsepower, when horsepower was basically meant to portray the number of ponies (in this case wild mustangs) that would literally be used to power the car.

But what exactly is it about this car model that has made it become the only original pony car that has seen uninterrupted production for five decades straight?

From March 1964 until 1973 the 1st generation Ford Mustang was manufactured by Ford. The coming of the Mustang in the market created a new class of automobiles known as the pony car. The Mustang’s styling, with its short deck and long hood, proved passionately inspired and popular a host of competition.

Four months since it was unveiled before the normal start of the 1965 production year and produced alongside 1964 Ford Falcons and 1964 Mercury Comets, the earliest Mustangs are widely referred to as the 1964 model by fans.

At the time of production all “1964½” cars were given 1965 U.S. standard VINs and – with limited exception to the earliest of promotional materials were marketed by Ford as 1965 models. The low-end model hardtop used a “U-code” equipped with a 2.8L straight-6 engine taken from the Falcon, as well as a 3-speed manual transmission.

The 1967 model year Mustang received the first significant redesign of the original model. Starting from 1967 model year installed a big-block of the V8 engine and the overall size, cargo, and interior space were increased.

Mustang 1967–1968 increased safety with a 2-spoke energy-absorbing steering wheel, along with newly introduced shoulder belts. Other changes included “FORD” lettering removed from the hood, front and rear side markers, rearview mirror moved from frame to windshield, C-Stripe graphics were added, and a 4.9L V8 (302 cu in) engine was now available.

The 2nd generation Ford Mustang, marketed as the Ford Mustang II, is a 2 or 3 doors (I am not very sure about this 3-door Mustang and couldn’t find verification), 4 passengers, and front-engine/rear-drive pony car produced and marketed by Ford. The Mustang II arrived roughly parallel with the oil embargo of 1973 and subsequent fuel shortages while the steering was improved from the previous generation by using a pinion and rack design.

2 body styles were available; a sportier 3-door “2+2” hatchback (also referred to as a “liftback”) and a 2-door notchback coupe. On the notchback coupe, a folding rear seat was optional and was standard on all hatchback models. The Mustang II was also the 1st American car to have power-assisted rack and pinion steering.

The third generation from 1979 to 1993 saw the betterment of the Mustang, making it longer and the interior was also modified to comfortably seat four passengers. This generation had the “4 eyes” (four headlights) as well as both the triangle-shaped front clip and more rounded front clip later on. The EFI engine replaced carburetors in 1986 and shock absorbers were upgraded to four. The turbo GT, SVO, GT, Cobra R are just a few of this generation’s models.

From 1994 to 2004 fourth generation era, the Mustang saw a major overhaul – the first in 15 years and the exclusion of the hatchback coupe model. The previous small-block V8 was replaced by the 4.6 L V8 rated at 168 kW. The car got sharper contours, creases in its bodywork, and even larger wheel arches on models such as the Bullitt and Mach 1.

For the styling of the fifth generation from 2005 to 2014, Mustangs reverted back to its style of the late 60s; and this was in a stance referred to by the Ford group as “retro-futurism”. This generation has the base models, GTs, and has new wheel sizes, new spring rates, and dampers. One sure thing about the generational changes is that the power of the mustang has increased, with the interior design not seeing that much of a change.

The 6th generation Ford Mustang (S550) is the current generation of the Mustang pony car produced by Ford. The 6th generation Mustang comes powered by a fully independent back suspension on all models, as well as an optional 2.3L EcoBoost turbocharged and direct-injected 4-cylinder engine.

The 6th generation is also the first Ford Mustang to be marketed and sold globally and represented the first time that factory right-hand-drive Mustangs were manufactured in addition to the left-hand drive models.

The Mustang is best respected with its booming V8 5.0L, which needs either the Mach 1 model or the GT. The latter has 480 horsepower versus the standard GT models, and it has performance equipment pulled from the Shelby GT500 that makes it more attractive to drive. Stabbing with the standard manual transmission, we will choose the GT performance package that adds an upgraded limited-slip differential, Brembo front brakes, unique chassis tuning, and stickier summer tires. Please visit our BE FORWARD official store to choose one.