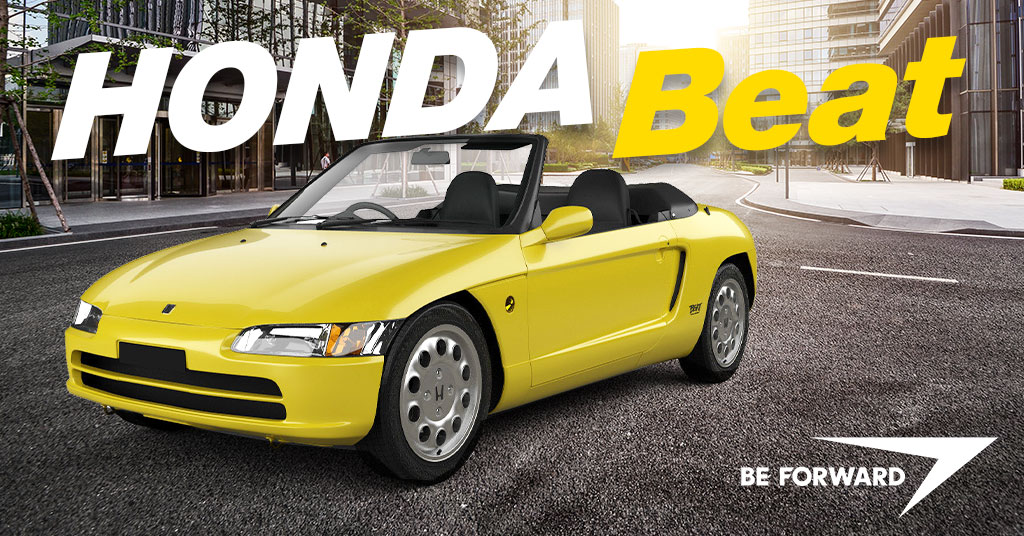 The Honda Beat is a keijidosha or simply Kei (which means light automobile) car manufactured by Honda from 1991 to 1996. Kei cars are the smallest street-legal cars in Japan that were invented in the year 1949. Kei cars have a maximum allowable engine displacement of 660cc which enabled owners to pay less on tax and insurance.

Under the trunk
The Honda Beat is a Kei car, and hence Honda had to make sure the Beat conforms to Kei engine displacement regulations. The Beat is powered by a 0.7-liter (656-cc) three-cylinder with Multi Throttle Responsive Engine Control (E07A MTREC) petrol engine that produces 64 horsepower and 44 lb-ft of torque. Power is transferred to the rear wheels via a five-speed manual transmission as the sole transmission option.

The Beat is a compact convertible car. The front end features a good blend of headlights with the front bumper and hood, at the rear; you find small taillights and a rear spoiler. There are air vents at the top of the trunk lid and the rear bumper for allowing air for cooling the engine.
The convertible soft top is manually operated.

Honda kept the Beat’s interior simple as the Beat was built as an economy-minded sports car. The interior features the basic heater and air conditioning controls and beneath it, you find a radio. The instrument panel features simple gauges with white dials. The tachometer is placed at the center, the speedometer to its right, and the fuel and coolant temperature gauges to its left.

Honda Beat comes with zebra print cloth upholstery on the seats and carpets. The seats are tiny such that large drivers might find it hard to fit in the Beat.

This Beat is a very small car by any standards, as a result, it doesn’t have any extra room for storage. The interior storage space is so limited, while at the front beneath the hood there is only space for a spare tire and at the rear, the trunk is close to the engine, so it gets quite hot! The solution is to travel lightly.

The Honda Beat is such a unique sports car. The likes of Mazda Miata and Toyota MR2 don’t even get close to how tiny the Beat is, and they all look massive when parked next to it. If you’re in the market for a sports car and are looking for something unique, then the Honda Beat should be top of your agenda. The Beat has its flaws such as limited storage space and lack of power, but we still encourage you to consider going for the Beat and have fun.

ALL HONDA BEAT FOR SALE