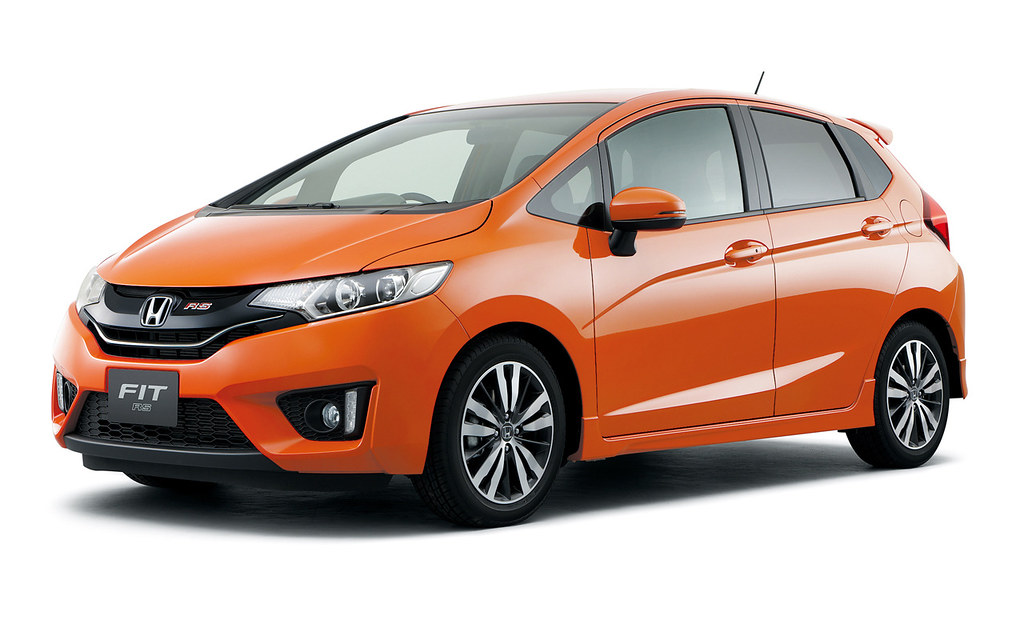 Honda Fit is a car produced by the Japanese motoring giant Honda. The Honda Fit (also known as Honda Jazz in some markets) is a 5-door 5-seater hatchback that was introduced by Honda in 2001 except for the US market where the Fit was introduced in 2006 to capture the subcompact car market. Since its introduction, the Fit has been available in two trim levels, Sport and Base and had only a single engine option on its earlier versions. Later versions had options to choose from on the powertrain front.

The Interior
The Honda Fit is known for its utilization of interior space, with flexible utilization of cargo or space. With the fuel tank placed under the front seat, it allows a multiple mode seating setup which is marketed by Honda as the Ultra seat (or magic seat) with four or five seating modes.
As standard Honda Fit comes with an HDD Navigation system known as Internavi that has a 6.5 inch colored screen, this system has a built-in TV and FM radio functions.

The second-generation Honda Fit continued from where it left off in this generation. New in this generation is the dimensional changes, whereby the wheelbase has been elongated compared to the previous model, its width and overall length has also improved. The cabin height has been increased by a fraction of an inch as well. As a result, the interior volume increased, but the boot volume decreased from 603-liters to 583-liters. Honda decided to maintain the magic seat configuration, but the headrests were redesigned for a more user-friendly folding on the rear seats.

The Interior
The Honda Fit has been completely redesigned for the 2009 model with improved interior space, new standard options such as telescoping steering column, dual vanity mirrors, active head restraints, and a driver’s footrest.

The Engine and Transmission
This generation Honda Fit came with two engine options. A four-cylinder 1.3-liter (L13A) i-VTEC that produces 73 KW (98 HP) at 6000 rpm and a 1.5-liter (L15A) i-VTEC that produces 88 KW (118 HP) at 6600 rpm. These engines came with the option of a 5-speed manual, 5-speed automatic and CVT. The 2009 Honda Fit chassis was also reengineered for strength, as its structural rigidity was improved by almost 200% compared to its predecessor.

This 2014 model retained most of the previous model’s design concepts, such as the centrally located fuel tank. But in this model, Honda also began producing the Fit under the Honda’s Global Small Car Platform that employs ultra-high-strength steel on large parts of its bodywork.

The Interior
Honda has reduced the overall length of the Fit by 1.6 inches, increase the wheelbase by 1.2 inches, increased passenger volume by 139 liters and rear legroom by 4.8 inches compared to its predecessor.

The Engine and Transmission
In this model, Honda introduced the Honda Fit Hybrid that uses new technology. Honda 1.5-liter (Earth Dreams) DOHC i-VTEC engine coupled with a 7-speed Dual Clutch Transmission (DCT) and an internal high-output motor powered by a lithium-ion battery. Honda also introduced non-hybrid models that came with the 1.3-liter Atkinson cycle DOHC i-VTEC engine that comes with a CVT transmission and the 1.5-liter (Earth Dreams) direct-injection DOHC i-VTEC engine on their RS variant that has much sportier looks. Depending on the market, some markets continued using the 1.2, 1.3, 1.5 L-series engines with transmission options of 5 or 6-speed manual, 7-speed DCT, CVT and automatic.
In 2017 a facelifted Honda Fit was unveiled which had new bumpers, LED headlights and daytime running lights.