Accept
TOP  >  Car Talk  >  What is a Hybrid Vehicle? A Look a the Toyota Prius 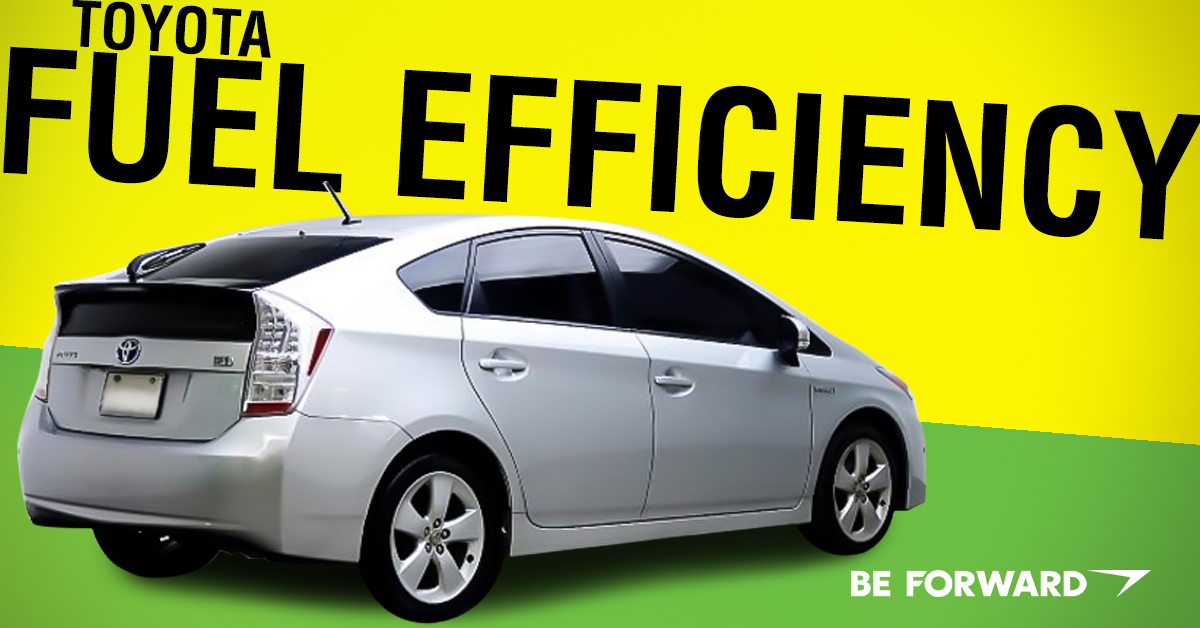 By now, most of the world is very well aware of the hybrid electric vehicle (HEV), but it all started with the Toyota Prius, which was first released in 1996. At the same time, Honda released the hybrid Honda Insight, which never really had that much appeal. On the other hand, the Toyota Prius is the world’s most popular HEV, selling upwards of five million units. Still, the question comes up, “what is hybrid electric vehicle?”

What is a Hybrid Vehicle?

Basically, a hybrid electric vehicle uses both an internal combustion engine (ICE) and an electric motor, utilizing the best aspects of both. For example, an ICE develops most of its power at high speed, that is, upwards of 2000 or 3000 RPM, but cannot go more than perhaps 7000 RPM without danger of destroying itself. To take advantage of this limited power band, conventional vehicles require a multi-speed transmission, which adds weight and inefficiency to the system. An electric motor, on the other hand, has most of its power at zero RPM, and can stand up to 10,000 RPM or more without danger of damaging itself. At the same time, an electric vehicle has a limited range. 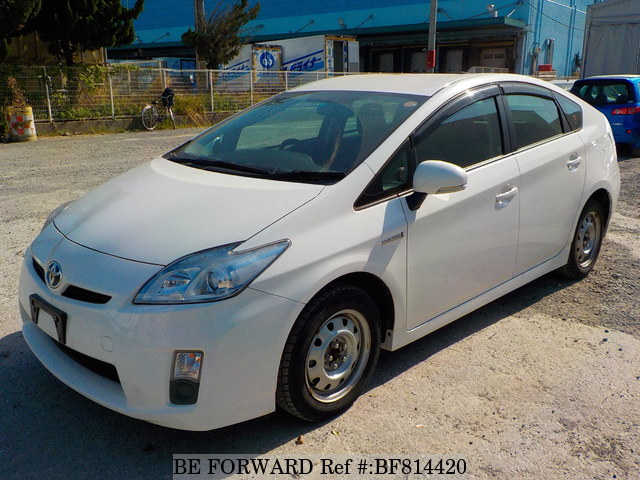 A hybrid electric vehicle takes advantage of the strengths and weaknesses of both of these systems, the ICE and electric motor. The Toyota Prius, the world’s first successful mass-production HEV, utilizes a small four-cylinder engine and a pair of electric motors, balanced via constant velocity transmission (CVT). On acceleration the hybrid system favors the electric motor, which develops all of its torque at zero RPM, that is, starting from a stop. As the vehicle picks up speed, the hybrid system starts to favor the ICE because, once at highway speed, the ICE is functioning at its most efficient.

A Balance of Performance and Fuel Economy

On deceleration, the Toyota Prius’ hybrid system uses the electric motor in reverse polarity, as a generator, which recharges a small capacity nickel-metal hydride rechargeable battery. This is called regenerative braking, which simulates the feel of applying hydraulic brakes. The hydraulic brake system does not kick in until the last few meters coming to a full stop. Additionally, on deceleration, the ICE may not run, depending on how much the battery needs to be charged. While stopped, the Toyota Prius’ electrical systems, including radio, air conditioning, and lighting, among other things, continue to run off of electricity stored in the battery. 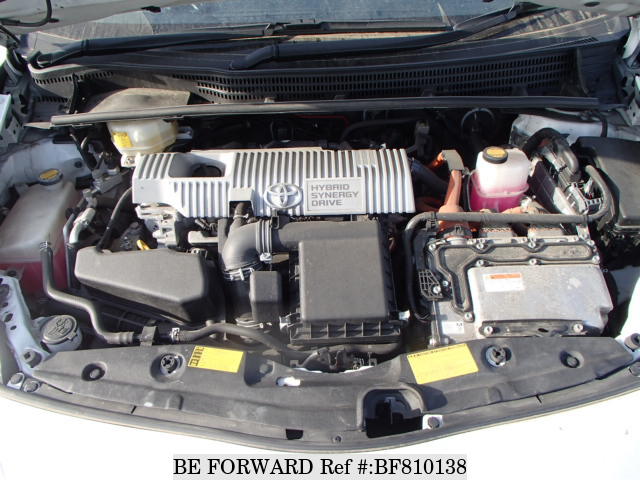 Above: Engine of a used 2012 Toyota Prius

If battery voltage drops below certain level, the ICE kicks in to generate electricity to top it off. In the Toyota Prius, this combination of gasoline and electrical power is perfectly balanced to deliver good performance, but favoring fuel economy. In spite of fact that the Toyota Prius has a rechargeable battery, it cannot run for very long on electricity alone, a couple of miles maximum. If the engine is commanded to start by the hybrid system, but can not because of lack of fuel, it will disable the hybrid system entirely, and you’ll be stranded.

As battery technology continued to improve, more electrical energy could be stored in the same weight battery, without sacrificing performance or efficiency. The Toyota Prius had two different directions that it could take. First, the standard Toyota Prius now carries a smaller battery and has become even more efficient. Second, a higher capacity battery gets the Toyota Prius Plug-In more electric-only range. 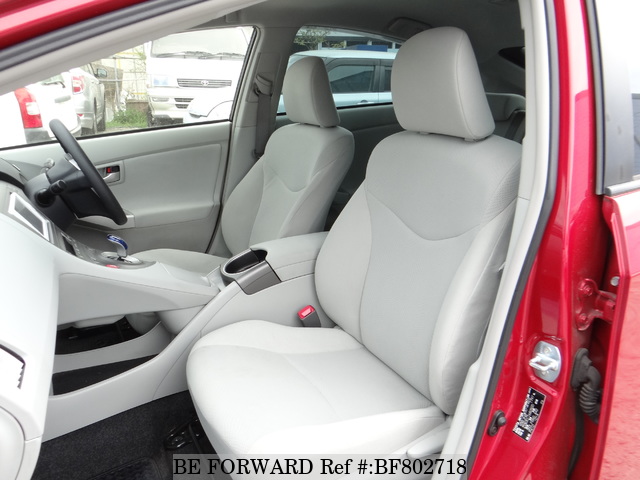 The Future of Toyota’s Hybrid Vehicles

At first, the Toyota Prius was seen as an oddity, which had space for up to four or five passengers, but was not a very good performer on the road. On the other hand, it did have an excellent fuel economy rating of 5.7ℓ/100km. This Toyota product continues to improve, and the second and third generations of the Toyota Prius consume as little as 4.7ℓ/100km. Of course, the Toyota Prius was only the first, and today, Toyota and Lexus combined have more than 20 HEV variants, from compact hatchbacks to full-size luxury sedans, as well as performance crossover SUVs. 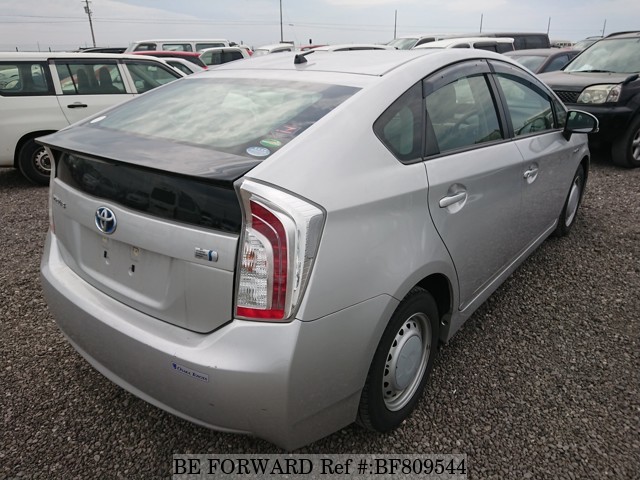 Today, as electric vehicles have become more common in some markets, hybrid electric vehicles, such as steel Toyota Prius and others in the Toyota and Lexus lineup, still have a place. They deliver excellent fuel economy but did not explicitly require access to an electric vehicle charging station, which still do not populate enough of our streets. Looking forward, Toyota’s winning approach to hybrid electric vehicle technology has set the pattern for other automakers, and looks to continue to do so for the foreseeable future.